New Orleans is one of the few distinctly diverse places in the United States where there exists a rich sense of place. From a history rooted deeply in its multi-cultural backgrounds derived from French, Spanish, Haitian, African, German, and Irish peoples. This bouillabaisse, of sorts, has come together over the past few centuries to become a place that many people love to call home and to travel.

There might have been a few places so fitting to host this year’s ASLA (American Society of Landscape Architects) Annual Meeting with the tagline ‘A Celebration of Place.’ Attendees began arriving as early as Wednesday and Thursday to spend time traveling the city sampling and tasting the local Cajun food and po’ boys and to visit the lush landscapes and habitats that make up a small portion of the Mississippi Delta. One truly needs a few days to absorb the laissez-faire atmosphere to truly gain an appreciation of this unique place.

With the background and atmosphere set for the Annual Meeting, thousands of landscape architects, planners, urban designers, and civil workers descended to New Orleans for four and a half days of workshops, tours, educational sessions, general sessions, and nights out on the town. Speakers and attendees came from all over the world to teach, learn from, debate with, and inspire each other on a variety of topics. Sustainability, place-based design, emerging professional’s issues, women in landscape architecture, technology, the changing design practice, water resources, communication, the National Park Service, equity, diversity, and biology were just a few of the 130 unique opportunities offered. 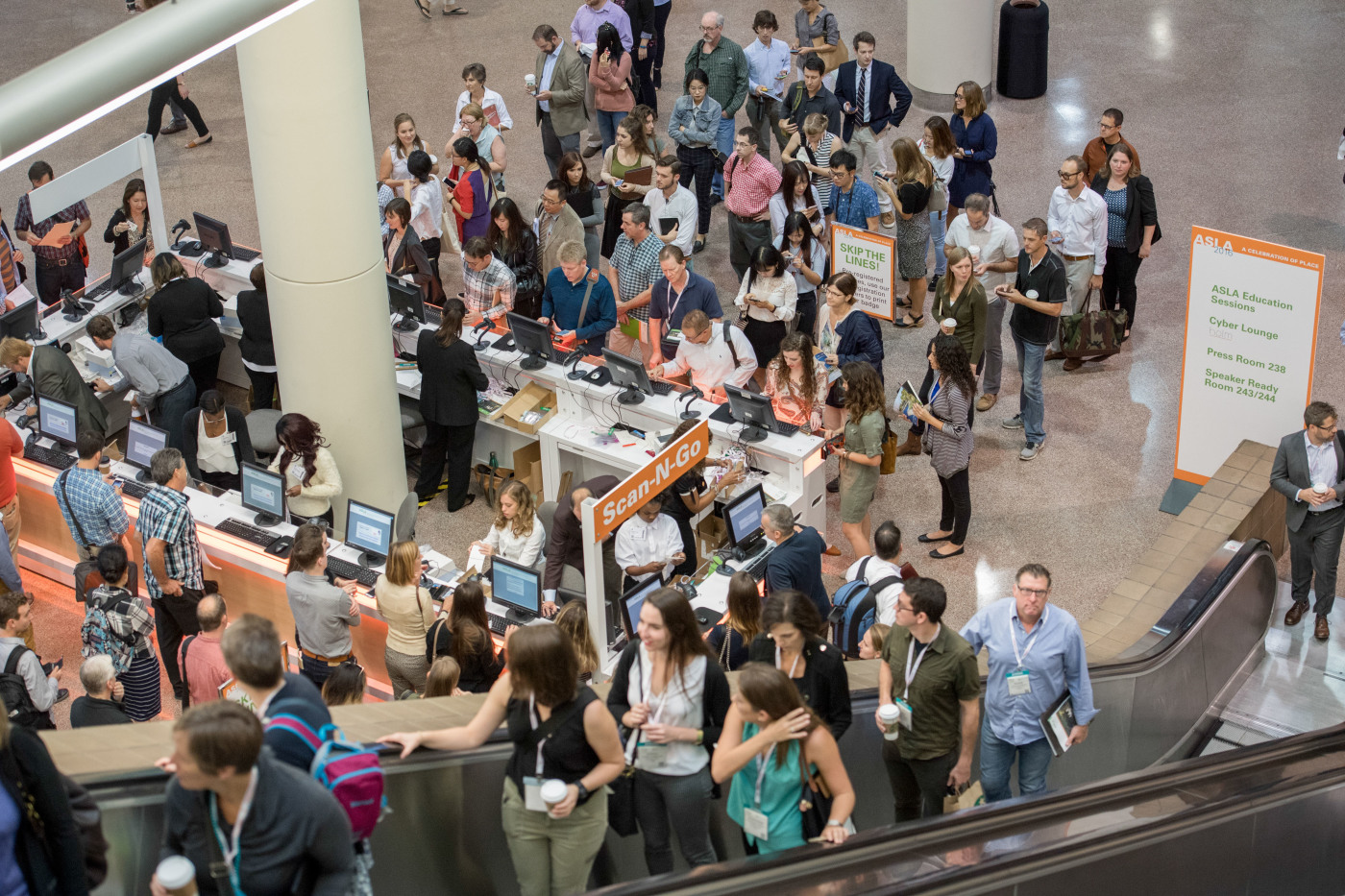 The relevancy of the landscape architect has never been more pressing than today. Landscape architects are equipped to not only answer today’s design questions but to take positions of leadership in defining innovative methods which rise to meet the many current demands found in every community.

Friday, by far was one of the more relaxing days for attendees with numerous chances to mix with each other and get out into the surrounding city. There were also numerous opportunities to buckle down and prepare for upcoming deadlines and priorities by receiving training and a healthy dose of technical knowledge.

Emerging professionals were brought up to speed with technical sessions on ‘How to Prepare’ for the LARE and for ‘Section 4’ of the LARE. With the recent acquisition of SITES by Green Business Certification Inc., as well as the availability of the SITES AP credential, it only made sense to have a workshop to cover SITES submittals and common challenges. There was also a prep session for those seeking to gain accreditation by the Landscape Architectural Accreditation Board (LAAB). 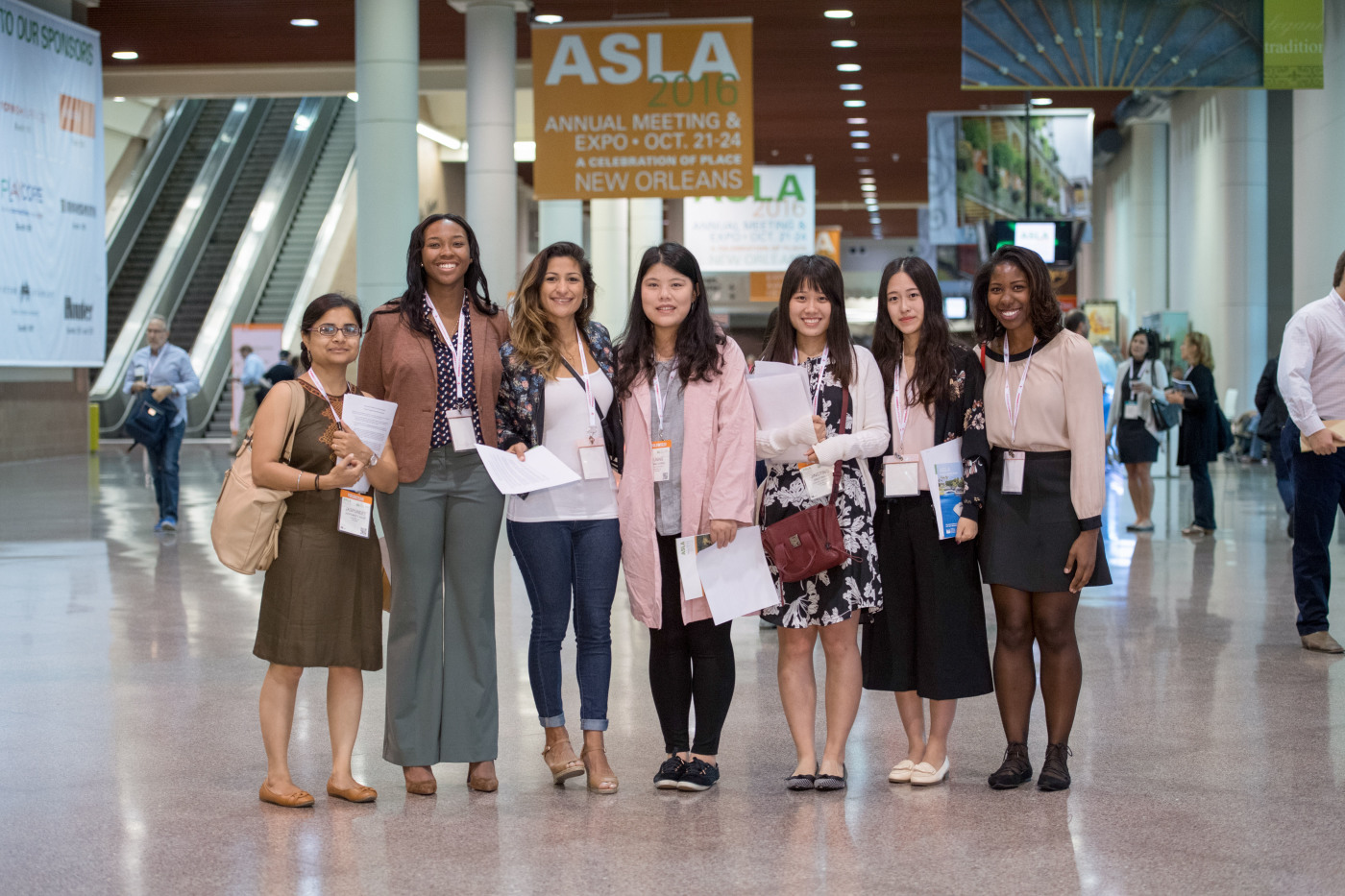 For those who wanted to entertain their more adventurous side and explore, there were available a large selection of field sessions. From parks to plantations, rivers to gray infrastructure, zoological gardens to residential gardens, and even kayaking on the Atchafalaya, most every variety of landscape exploration was available to be taken in and enjoyed.

While the venue and host city alone were enough to draw a crowd this year, the attendees likely were even more impressed and inspired by the general sessions and educational sessions.

One large focus this year was the issue of diversity. Due to the nature of rising political undertones, large social angst, and the creation of the new ASLA Professional Practice Network ‘Environmental Justice,’ the stage was set, quite literally, to bring a defining tone to the Annual Meeting which wrestled with this issue in detail at large. Sunday’s general morning session ‘Designing for Diversity/Diversity in Design’ was very relevant to both the state of our nation and our profession. The panel was excellently crafted to include a diverse group of professionals with a range of races, cultural backgrounds, sexes, sexual orientations, ages, and practice types. 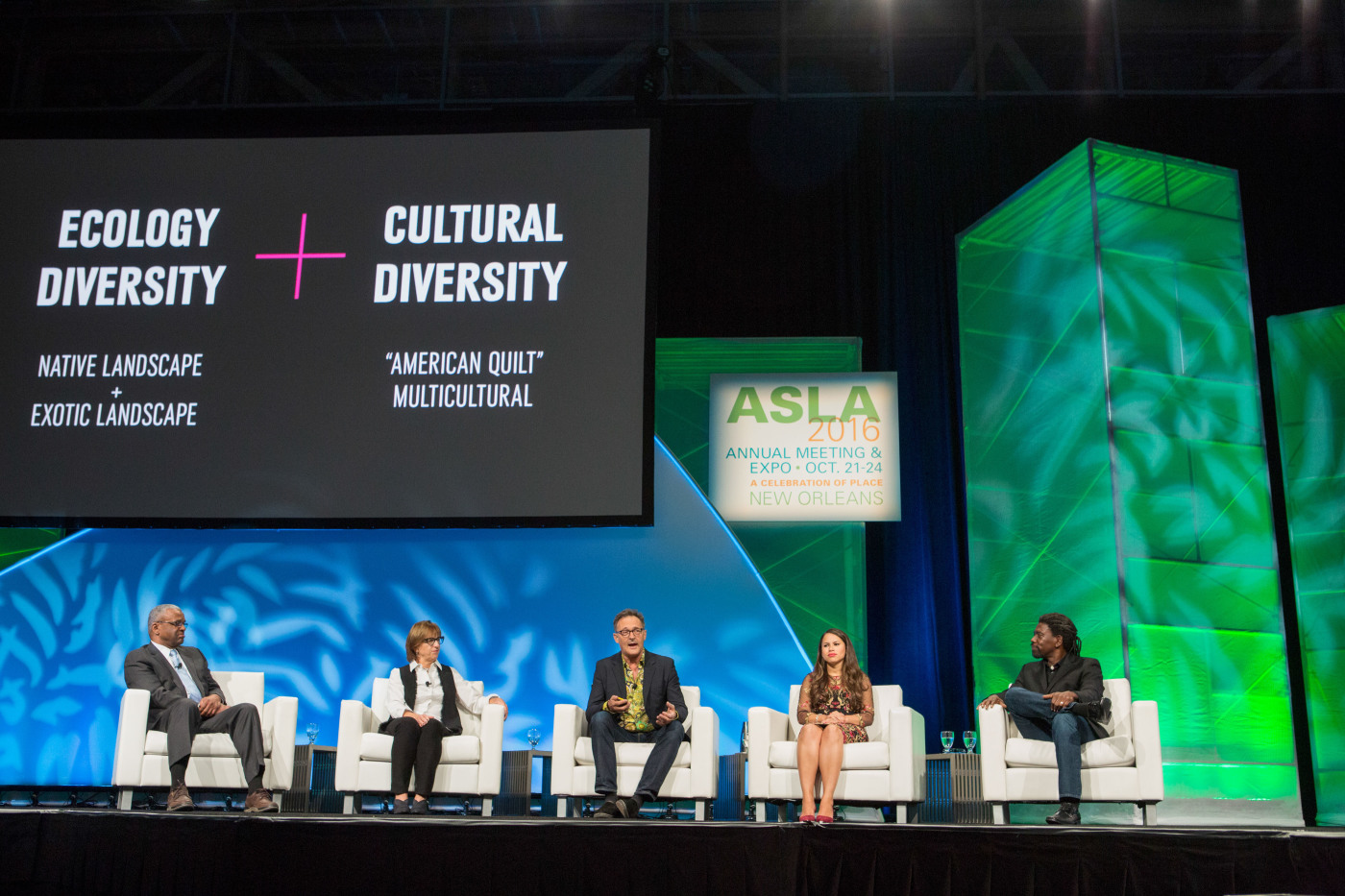 The panel was moderated by Kona Gray, ASLA (EDSA) with panelist Diana Fernandez, ASLA (Sasaki), Mark Rios, FASLA, FAIA (Rios Clementi Hale Studios), Lucinda Sanders, FASLA (OLIN), and Ron Sims (Washington Health Benefit Exchange Board). The panel was very familiar with the issue of social diversity and inclusion. Mark Rios shared some insight into the intentionality of his office and their decision to create a culture which not only seeks to design for inclusivity, but one which itself operates from a place of diversity. Owning the goal of encouraging diversity, his office looks to create an ever-diverse employee base. They engage this diversity through age, gender, languages spoken, belief systems, international travel, and regional heritage. An office of this type is certainly set to adapt and relate well to our diversifying country.

But Rios made a key statement which has been missing in the conversation of diversity. He, and Sanders to a degree, spoke of diversity in a different tone than previously heard before at a national meeting. Their point was one of inclusion and expanded the conversation of diversity. Rios made a point that even skin color can be a misleading source of information. That while one might assume those who are a person of color would have a greater experience in diversity, this is not always the case. And in some instances, with those whom he knows, both Caucasian and people of color, it is sometimes not. Sanders went on to expand the conversation to that of a humanitarian note. 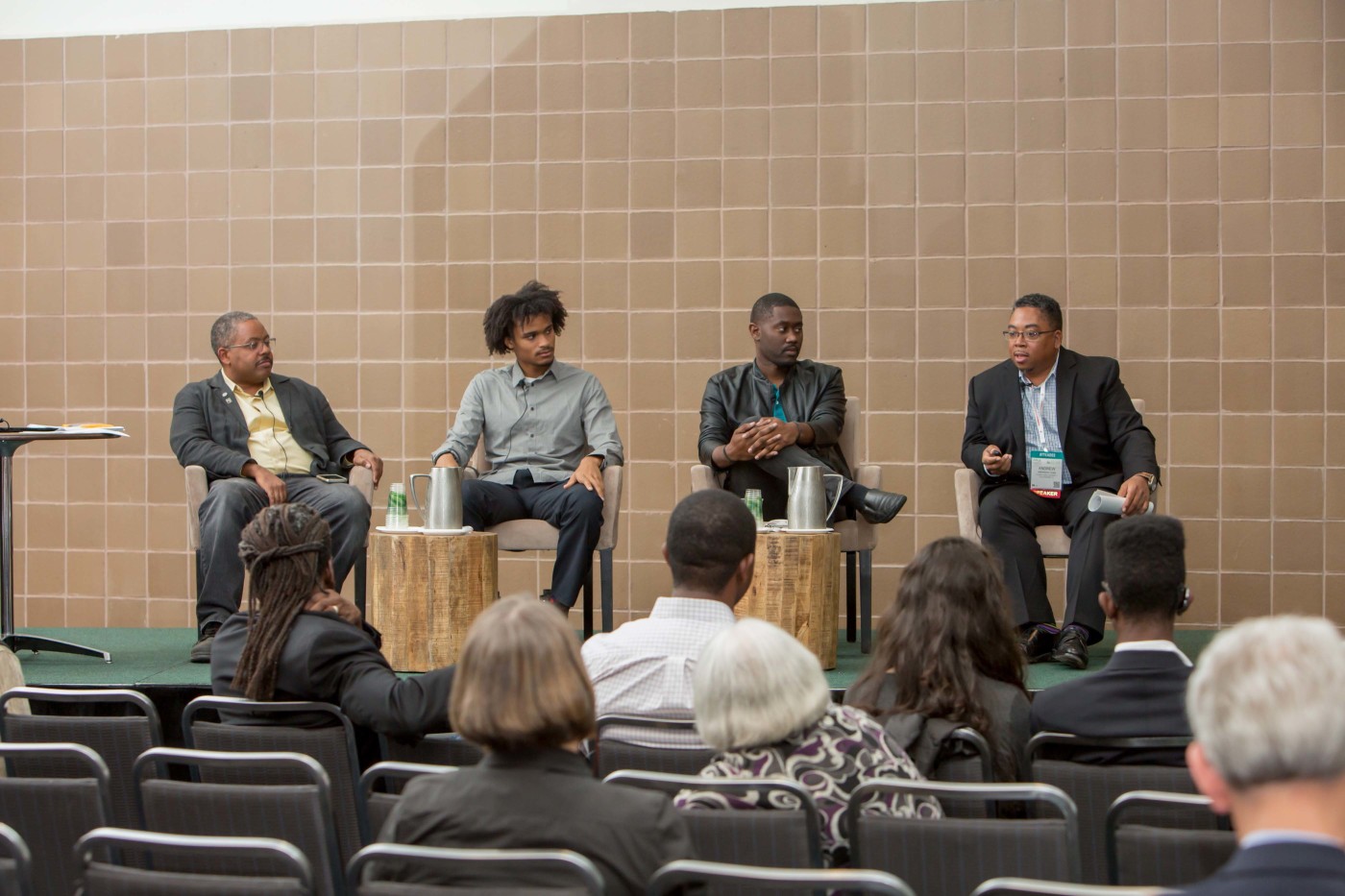 Preceding this panel, and for some sessions afterwards, the subject of diversity, inclusiveness, and equity were further explored. ‘Design for Equity: Shifting the Paradigm of Diversity and Inclusion’ and ‘Shifting the Discussion from Gentrification to Poverty: the Role of Designers’ both met Friday. ‘Women in Landscape Architecture: Pathways to Success’ met Saturday. ‘Living with Autism: Case Studies in Residential Community’, ‘The Politics of Landscape: An International Perspective on Environmental Justice’, and ‘Building a Diverse Community: Increasing African-American Representation in Landscape Architecture’ each met Sunday. It is clear, that Landscape Architects everywhere are grabbing this challenge and running with it.

As our communities continue to evolve, grow, and become technologically advanced, landscape architects are increasingly being called upon to step in and lead complex multifaceted problems. Landscape architects have not emerged completely into the light as a profession. They are still, as many would describe, a ‘shade loving species’ who can often stay in the background shadows of the politics of design and only step up when called forward to wrap up a piece here and there. 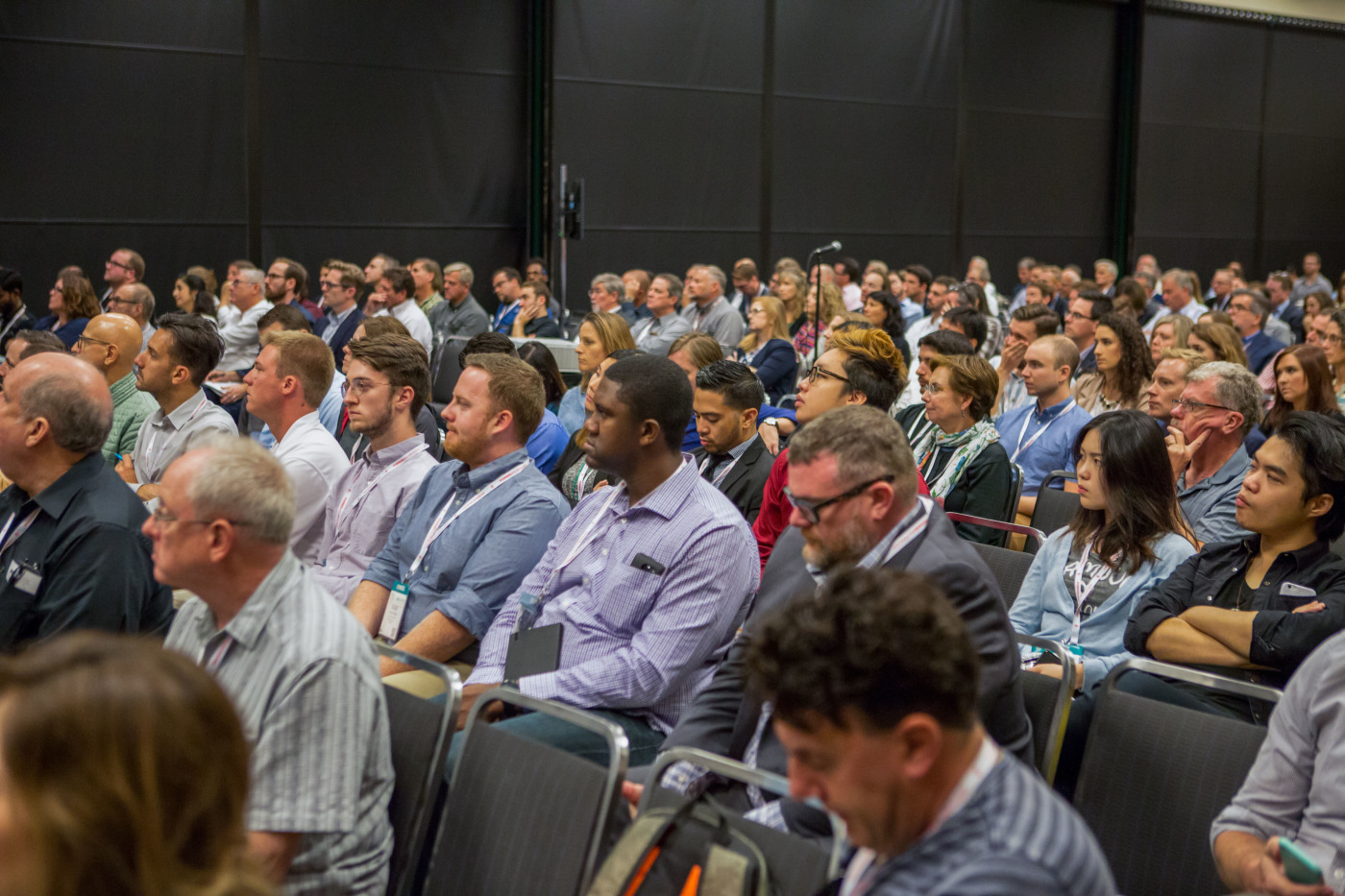 Whether they are looking to create a downtown revitalization project, reprogramming a common civic space, tackling urban planning or the fastidious animal that is gentrification, they are more than prepared to set the tone for the next century for how to best evolve our communities.

Programming… an out of control beast?

Programming was a hot topic this year as well. Two sessions specifically talked in length about programming. ‘Downtown REDUX: Revitalizing the City Center for the 21st Century’ and ‘The Primacy of Programming: Is it Lowering the Value of Design?” both put the function and outcomes of programing in the hot seat. Programming is a seemingly obvious need for all projects, however, it is the implementation methods for creating a desired outcome which sometimes become a source of contention among designers, policy makers and the public. One example of this tension was felt as one of the speakers proclaimed their frustration for groups like Project for Public Spaces, to which a portion of the crowd boisterously cheered in agreement. 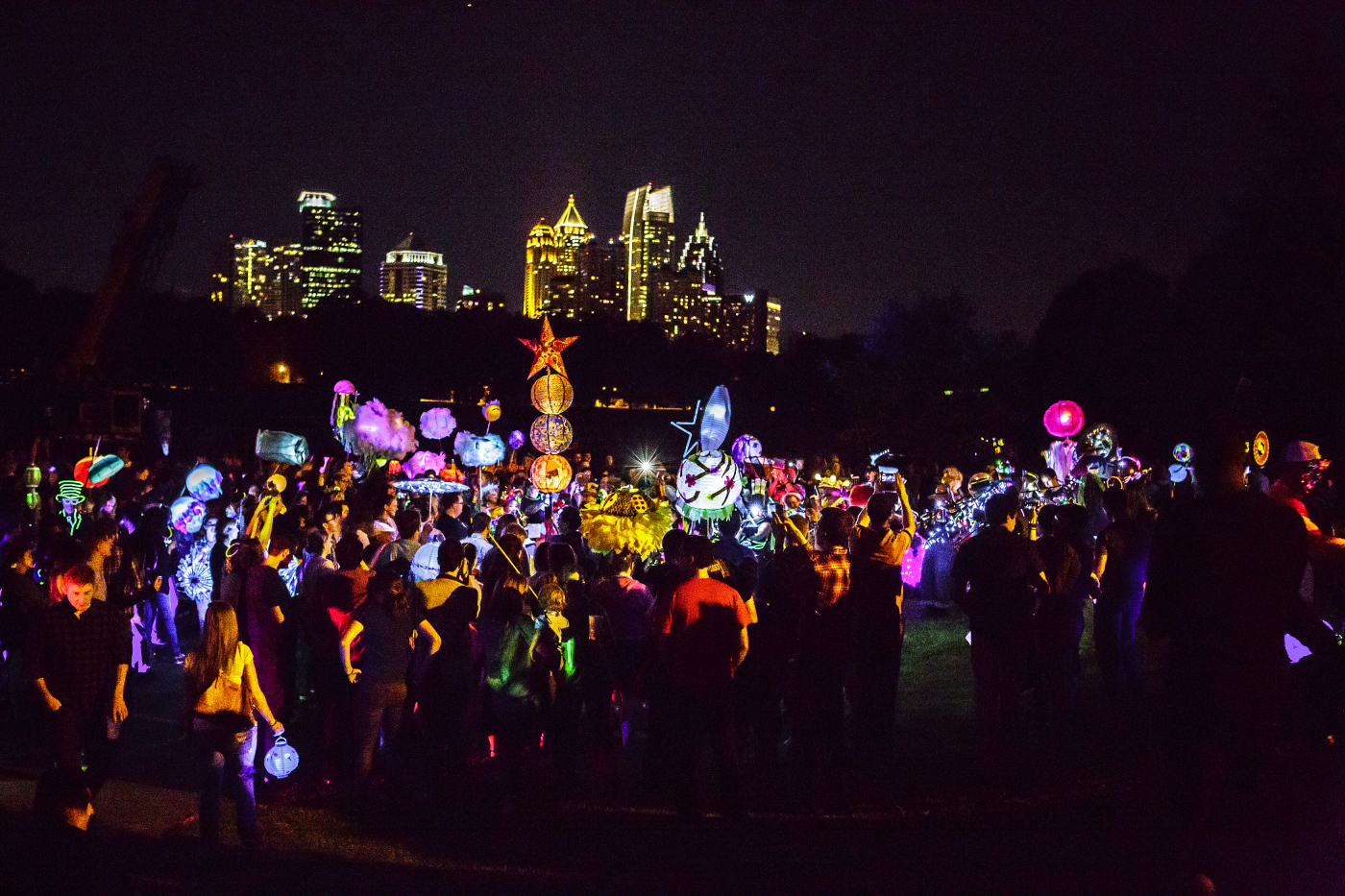 The efficacy of programming, as a theme, was even found peppered throughout various other presentations. While the panelists from the ‘Shifting the Discussion from Gentrification to Poverty: The Role of Designers’ were quick to state that they did not have an answer to the problem of gentrification, they very clearly recognized that programming from the designer, client, and developer can cause rippling effects. After many decades of disinvestment, communities become leery of investment. A recurring response to change from these communities is, ‘Who is seeking this change and for whom?’

Programming can have substantial and far reaching impacts across a community. It becomes the agent through which transformation is kick started and sustained. Without it, communities and designs can become crippled. The Atlanta Beltline in Atlanta, Georgia is one of the most astonishing current examples of not only the power of urban renewal by way of trail networks, but also of the shear strength that a well programmed vision has to generate substance and longevity.

Behind the scenes of the conference, everyone stayed loose, hit the streets, caught up with old friends, made some new ones, and enjoyed themselves. The Annual Meeting is perfect for having a great time. If you missed one of the outstanding restaurants, parties, or sessions… look forward to next year. Here’s a brief breakdown of some of the many events. 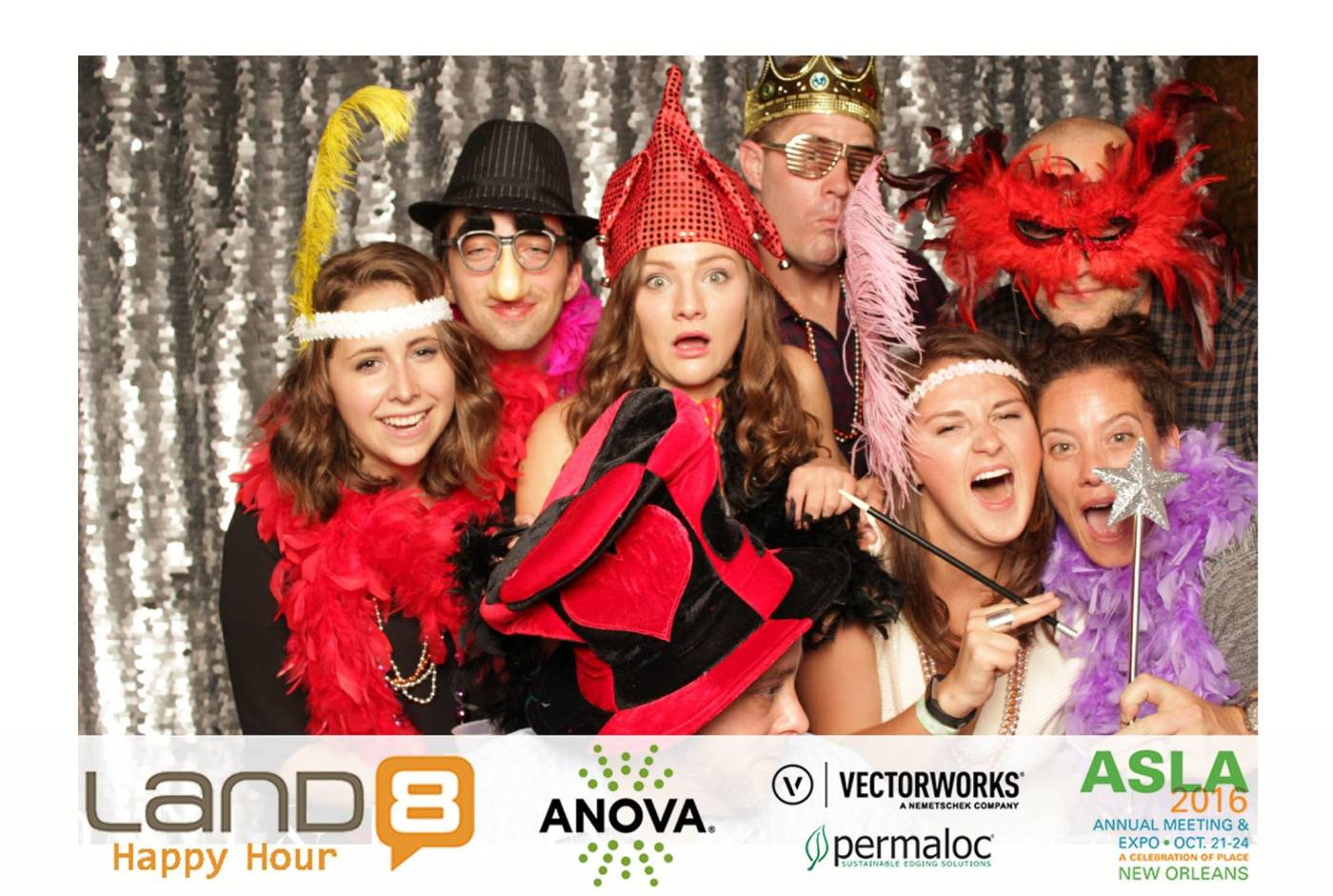 Where would the ASLA Annual Meeting be without our favorite event of the year? This year’s Happy Hour was made possible by the generous sponsors ANOVA, Vectorworks, Permaloc, and ASLA. Land8’s Happy Hour is the go-to for those looking to cut loose and mingle with fellow LA’s. This year, Land8 reserved all three floors of The Maison with live music from The Big Easy Brawlers and a dance party with DJG. Check out our photobooth pics from this year’s Happy Hour.

You may have even had the chance to get decked out in tux or gown for the ASLA Council of Fellows Investiture Dinner, attended the Landscape Architecture Foundation’s 31st Annual Benefit as a show of support for excellent research and scholarship, or even hung out at the Annual Expo Reception and Alumni Tailgate. However you spent your time outside of the general and educational sessions, we bet you had a great time and are thrilled to be in such an amazing profession. Until ASLA 2017 in Los Angeles or LABASH 2017 at UMD, Laissez les bons temps rouler!

—
Cameron R. Rodman Associate ASLA, is a Landscape Designer at Stewart Inc., a multi-disciplinary design firm in Charlotte, NC. Cameron is also currently a writer for Land8.com and writes on a variety of topics including event coverage, GIS awareness, book reviews, and current landscape architecture designs. Cameron recently completed a year long term as the National Student Representative to the ASLA Board of Trustees where he enhanced social media communications, chapter president training, and student-professional engagement. Cameron’s current work includes a variety of projects ranging in site scale and programming requirements. At Stewart Inc., Cameron is helping lead the development and implementation of GIS tools as a means of site analysis, site design, storytelling, and public engagement. .