Van Campenvaart, by Carve, The Hague, Netherlands. We live in a world filled with diversity. As adults, the more we test out unfamiliar places, the more we are exposed to all the differences that make up our world. This is also true for children. Play is a big part of children’s lives: In every child, there is a natural explorer willing to investigate new territories, which (let’s face it) exist practically everywhere. When a child plays, he gets to test out the capacities of his body as he explores the material world around him. This is also where children begin to navigate around the complexities of social interactions. For children with disabilities, their chance to play can often be limited by physical barriers and social exclusions. As sad as this sounds, we also live in a world that is also forever changing for the better. Campenvaart Playground gives hope for future generations to become more tolerant of these differences. 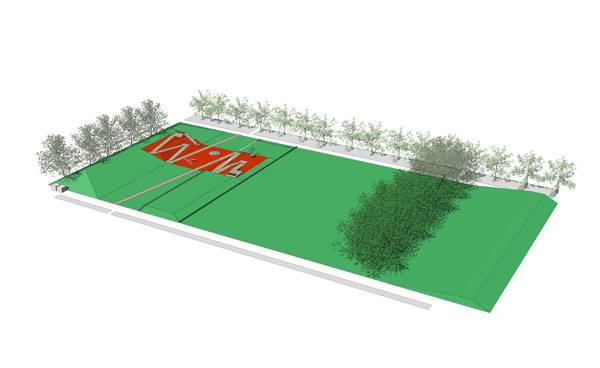 Carve’s genius designers had one goal in mind: When they received the brief to design a playground with “integrated play facilities,” their mission was to blur the lines to the point where “integration” did not exist, simply because differences were not a part of the design vocabulary. In order to truly appreciate the revolutionary statement this playground is making, we must stroll down memory lane to see the progression that has been made in the history of playgrounds.

No More “KFC” (Don’t Worry, We are not Talking about Kentucky Fried Chicken)

Do you remember where you used to play when you were a child? This could have depended on where you were living at the time. For example, I remember when I was around eight years old, I would play on swings and slides in a little fenced “playground” within a big park. For me, this became my definition of a play space. Through the preconceived notions of creating safety for children, identical approaches were carried out in many cities in what can be described as “KFC” style: Kit, Fence, and Carpet (a term invented by landscape architect and academic Helen Woolley at the University of Sheffield for unimaginative and standardized playgrounds). Recommended Reading 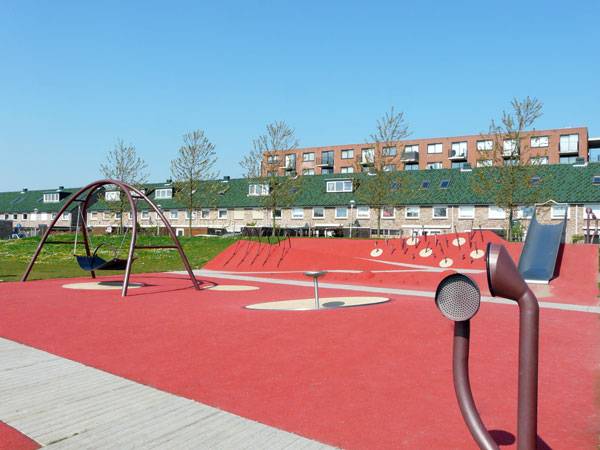 In contrast to this, a friend of mine from Zambia recalls her childhood being spent in the great outdoors, climbing trees, picking the fruits of the trees, and getting happily muddy. Thankfully, the “KFC” approach has changed significantly over the past years to evolve into something along the lines of what my friend experienced during her childhood years. The idea of “Natural Play” — the integration of play areas within natural landscapes such as woodlands — is now seen as a beneficial approach that immensely aids the learning capacities of children, their understanding of nature, and hence the world around them. See These Other Playground Related Articles:

In Carve’s Vision, “Playing Together” Doesn’t Mean Playing Next to Each Other

Playgrounds such as Campenvaart are challenging the notion of social inclusion in play spaces. The secret ingredient that one needs to design a playground for children both with and without disabilities is to eliminate the idea that you are catering to a specific group of children. As differences were set aside, Carve was able to see the opportunities that come with considering the capacities of children with and without disabilities, not their limitations. The natural explorer within every child makes her want to explore the possibilities and extend her boundaries. Therefore, the playground does not show any obvious sign that possible visual, auditory, physical, or mental limitations have been taken into account. Yet it provides increasing challenges for all children. The playground becomes their oyster, free from any limitations to challenge themselves as they wish. 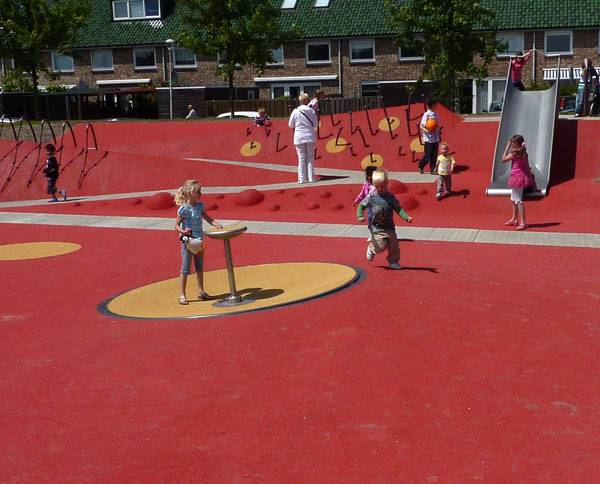 Folding the Blanket to Create Change The form of the playground is in the shape of a folded red blanket. As the “blanket” gets folded, creases are formed, shaping an existing lawn into a striking graphic entity consisting of ramps and multi-level angles. The unlimited possibilities presented with this form and the intersecting routes that pass throughout the space allow children of differing abilities to meet and to help one another. The impact-absorbing surfacing — strikingly red to spark a child’s curiosity — is filled with many tactile elements, such as climbing grips, a moving rubber mat, a number of concave and convex half spheres, and other additional play elements, such as whisper tubes, a slide, a concave turntable, and a hammock. See These Other Playground Related Articles:

So from this project, how can we begin to define inclusive play? Well, we do not need to define our perceptions of accessibility in play by making special adaptations for special needs. We can begin by creating designs that cater to a broad spectrum of children’s needs, to their innate role as explorers, right from the beginning to really demonstrate the true definition of inclusion. 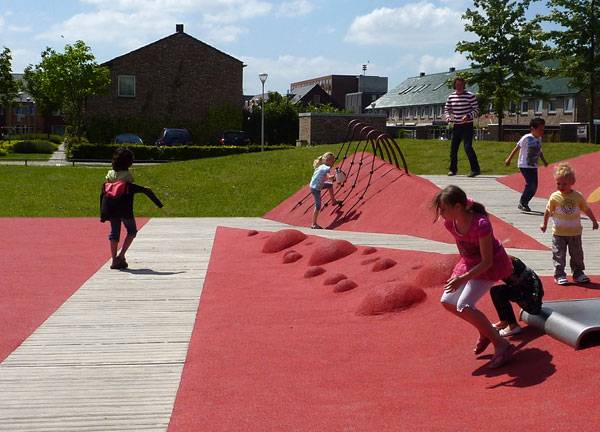 Crossing the Barriers That Are Created Through Varying Degrees of Ability

Campenvaart playground shows that accommodating children with disabilities does not need to have additional costs for specific play items to “help” special needs children in particular ways. Designing for inclusive play can benefit all children, as they get to concentrate on their own particular abilities. Interactions between children with varied abilities help them develop a true understanding of the world, appreciate differences, recognize the underlying similarities between people, and be capable of tolerating and accepting diversity. 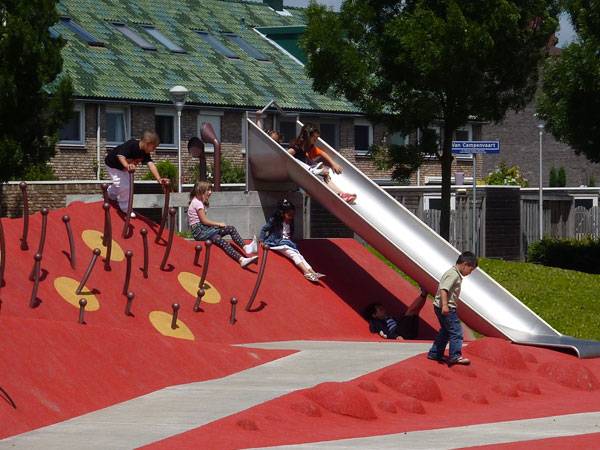 The future of the world begins with the growth of today’s youngest generations, and by giving them a chance to play together in well designed playgrounds such as Campenvaart, we allow these spaces to flourish as the beginnings for a more inclusive society with equal opportunities to participate and flourish. What are your play memories from your childhood? Did you ever come across a play space that we could define as being “inclusive”? If you have, share with us so we can continue celebrating the progression of playground designs.

Full Project Credits for The Osum River in Van Campenvaart