Australia is a nation renowned for many things. Its vast array of killer creatures, alluring beaches, self-deprecating humour, backyard barbeques and inordinate beer consumption to name a few. Aussies are proud of their country and unique culture. I know this, being one myself. What I also know is that our nation has some of the best landscape architects in the world. Here are 10 examples showing why Australia is the leader in landscape architecture. 10. Bonython Park Playspace – WAX Design This premier playspace and community hub is located along a naturalistic river setting within the Adelaide Parklands. Through community involvement and collaborative design, carefully considered user focused solutions provide opportunities for children of all abilities to develop physical and social skills. The park features exhilarating flying foxes, climbing equipment, a hamster wheel, a water play area and a wheelchair accessible merry-go-round. 9. Southport Broadwater Parklands – AECOM Prior to redevelopment this urban parkland was a 1000 space car park. The sites proximity to the coastline, local river systems, and event hubs necessitated a creative approach to design and environmental initiatives.  A 2700m2 urban wetland filter cleanses stormwater runoff before entering the ocean, while 300 metres of solar paneling generate most of the sites electricity needs. The parklands now serve as an iconic gateway for the city of Gold Coast and provide an active green waterfront. 8.  Rio Tinto Naturescape, Kings Park & Botanic Gardens – Plan (E) This imaginative approach to a bushland setting within an urban environment utilises a natural creek system as a playspace for children, reconnecting them with nature. Water elements, wood sculptures, pathways, boardwalks and bridges all reinforce this sense of place within the bush, while also providing an educational experience and journey for adults and carers. 7. Victorian Desalination Plant Project Green Roof – Aspect Studios Aspect Studios project synthesises industry and landscape, visually blending the desalination plant’s architectural form into the coastline. This piece of green infrastructure not only mitigates any unwanted visual impacts, but also stores and cleans rainwater. Surrounded by 225 hectares of ecological reserve, this is land art on a grand scale. 6. Ballast Point Park – McGregor Coxall 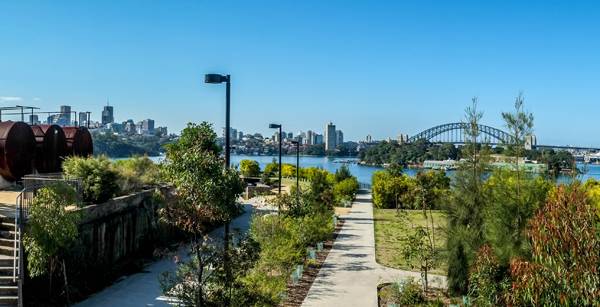 “Creative Commons Ballast Point Park with symbolised Tank 101” by Hpeterswald is licensed under CC BY 3.0

This prominent headland overlooking Sydney Harbour was once a contaminated industrial site used for the production of lubricant. It now acts as a fascinating spot to play above the water for both residents and visitors alike. The project minimises it carbon footprint by incorporating site-wide stormwater bioflitration, recycled materials and wind turbines for on-site energy production. 5. South Bank Parklands – Cardno S.P.L.A.T 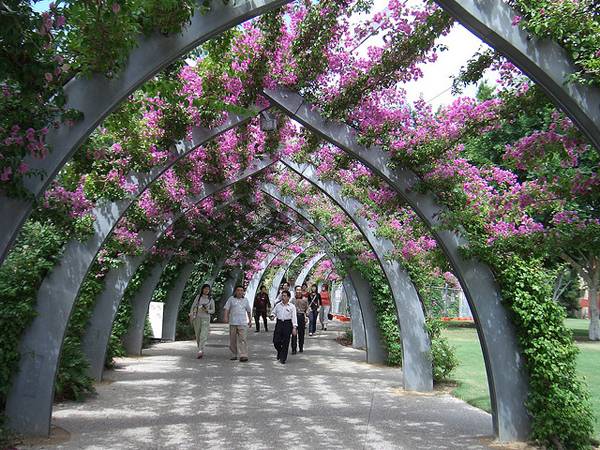 “Creative Commons Brisbane Suuth Bank” by eGuide Travel is licensed under CC BY 2.0

Colloquially known as ‘Brisbane’s backyard’, South Bank Parklands is a world-class river-edge urban park located in the heart of the city’s cultural precinct. Complete with interactive water playgrounds, a kilometre long horticultural arbour and a man-made beach and lagoon facing the city, this diverse and programmable open space celebrates Brisbane’s subtropical outdoor environment and caters for over 6 million visitors per year. 4. Former BP Site – McGregor Coxall Formerly the home of the BP Corporation and its barrels of oil, this site’s polluted past has been transformed into a post-industrial waterfront park. Viewing decks and walking platforms float over the sites iconic sandstone cliffs, whilst stairs wrap over and around the various topographic levels. Historic remnants are wonderfully contrasted against contemporary structures, providing a design narrative through materiality. You can see it here. 3. Darling Quarter – Aspect Studios

“Creative Commons Red illuminated facade of building at Darling Quarter, Sydney” by Gallura Travel is licensed under CC BY 3.0

The foreshore of Darling Harbour is considered a landmark destination in Sydney and is one of the most visited in the country, being a magnet for local families, visitors and tourists. The centrepiece of this redevelopment is an innovative 4000m2 urban play space, with interactive play zones designed to suit specific age groups. Sustainability was a key focus of the project – with harvested rainwater irrigating the site and supplying water to the interactive play facilities. 2. The National Arboretum Canberra – Taylor Cullity Lethlean 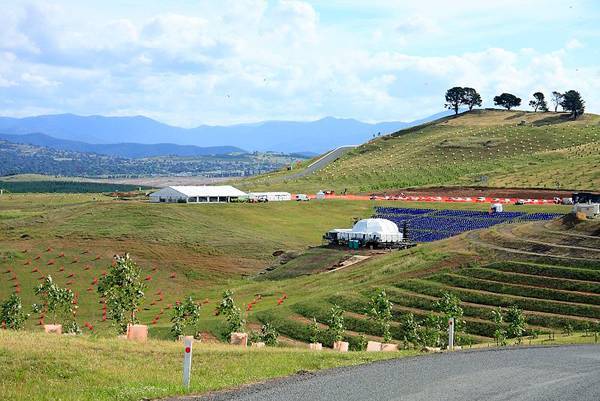 This utopian landscape project is in response to a series of ruinous bushfires south west of the nations capital in 2003, revealing vast, undulating topography. The project is centered on the creation of 100 forests, conserving 100 of the world’s most endangered botanic species. Embracing ideals of sustainability, biodiversity and public environmental concern, the design aims to protect these endangered species in times of imminent climate change. 1. The Australian Garden, Royal Botanic Gardens Cranbourne – Taylor Cullity Lethlean 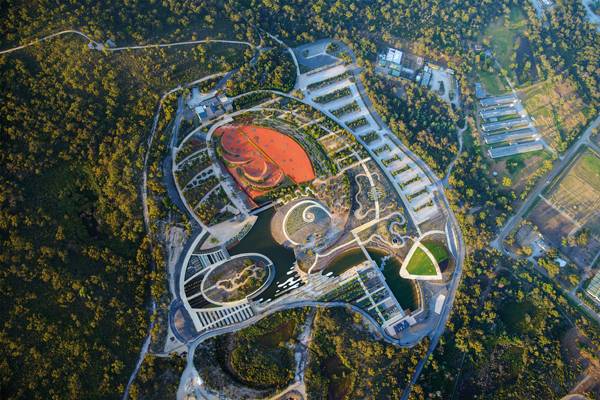 Using the rugged Australian landscape as inspiration, the garden takes users on a metaphorical journey and captures the quintessential qualities of our amazing country.  Drought tolerant horticulture, water sensitive design and sustainable material choices have resulted in a holistic and creative composition and demonstrate how landscape architecture can lead diverse teams of specialist disciplines to achieve an integrated design outcome. This list could go on and on, but I feel these 10 projects alone are perfect exemplars of the talented landscape architects Australia can call their own. How does your country stack up? You may also be interested in the following: The Australian Garden That Everyone’s Talking About! Article written by Paul McAtomney. Published in Blog