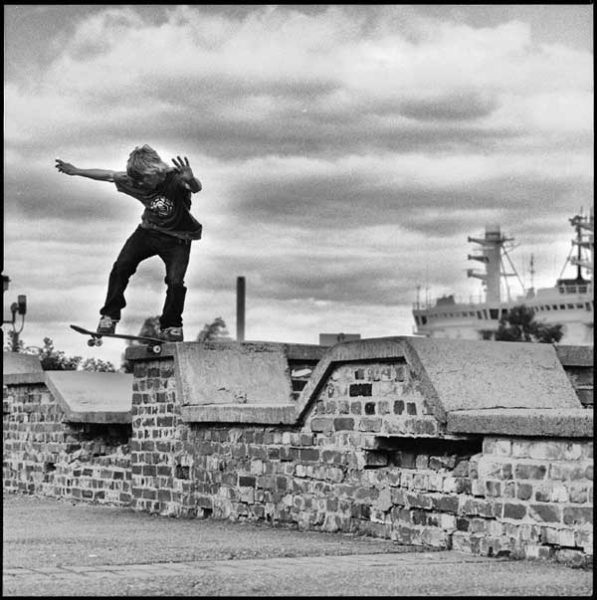 We interview Janne Saario – the keen pro skater turned landscape architect, designing some of the most innovative skate parks in the world! His creative thinking and personal experience of the landscape through the skateboard is what makes the difference from the rest of skatepark designers. Until now he has completed a few skate parks which according to the skaters riding them are an absolutely different way of feeling the landscape. They say “what makes his design different is the fact that he thinks even about the smallest detail”.  We managed to get a little glimpse into his thoughts, experience and plans for the future, in an interview for you. 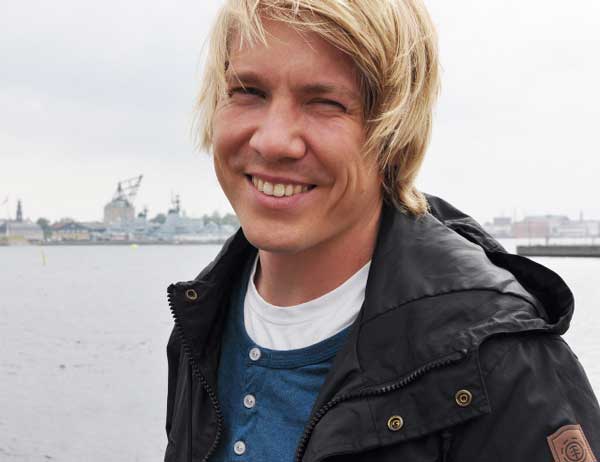 There were no skateparks that would really be interesting, so we skated a local schoolyard and the different places in the city; squares, streets and courtyards. The shapes that fitted skateboarding were designed for other purposes than skateboarding. This was very fascinating and gave a nice perspective to architecture.

There are always places in the city that would be perfect for skateboarding, but often there tends to be a tiny little design decision that ruins the dream. This is not the designers fault of course, because he/she would not know about skateboarding and the places are not designed for that purpose. 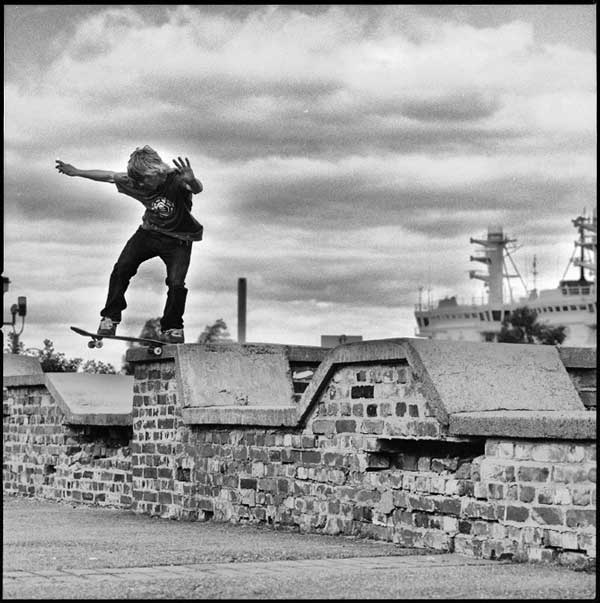 From Pro Skater to Landscape Architect…..

But I had a kind of idea that what if I could infiltrate the designing process; sneak in and do that little twist to make places better for skateboarding. This idea has faded a bit during the years of becoming a designer as so many other aspects in environment have grown to be very important. But I can definitely say that skateboarding was the driving force to get me into landscape architecture.

Actually, it was in between that transition. I got my first commission during the same year as I started my studies. I was already working in one architecture office (Casagrande & Rintala) who were doing international works. I just got back from a work camp in Echigo-Tsumari Art triennal in Japan, when I got my first own project. I was still travelling as a pro-skater too. My first project was a main skatepark in Helsinki and this project really inspired me to focus more on landscape architecture than skateboarding. 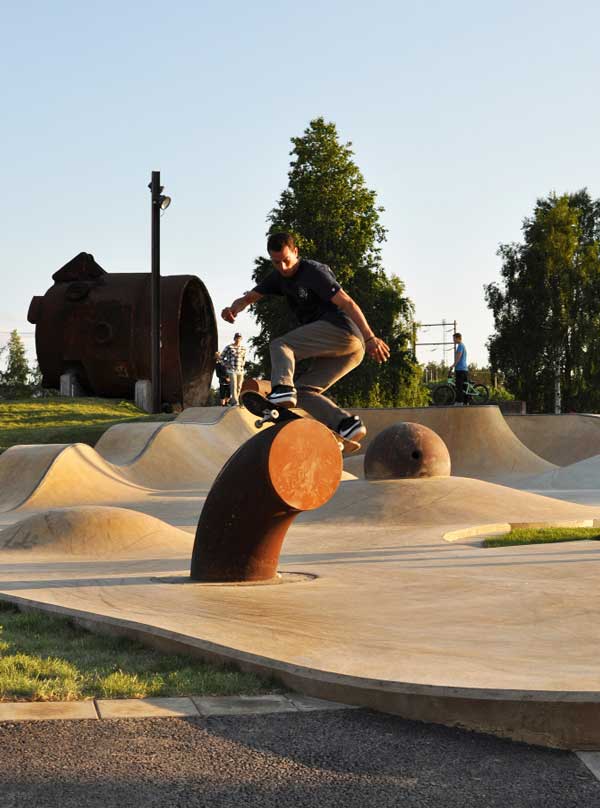 It was great to work with the students. The passion for learning about organically shaped concrete among the students was enormous. I’m looking at skateparks from a very architectonical point of view, so in that sense it was just great and free to work with them. We could explore different shapes and came up with this volcano-shape that was an outdoor grill at the same time. The smoke rising from the concrete volcano fitted well with the industrial landscape with the factory pipes etc.

I think that at its best, the result is not a skatepark. It could be more like a big environmental art work in the landscape that can be skated, climbed, parkoured, played, biked or just hung out in. Conventional thinking of a training facility doesn’t work that well for skateboarding. The sport has grown up and evolved in environments that have not been designed for skateboarding, like parkour and bmx too. So why not focus a bit more on architecture schemes while making sure it works great for skateboarding too. 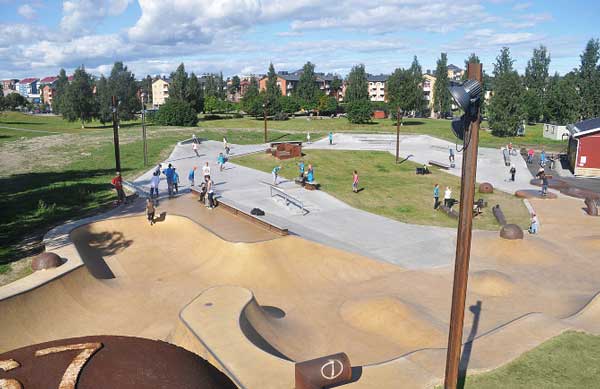 I love to skate the plazas in Spain. 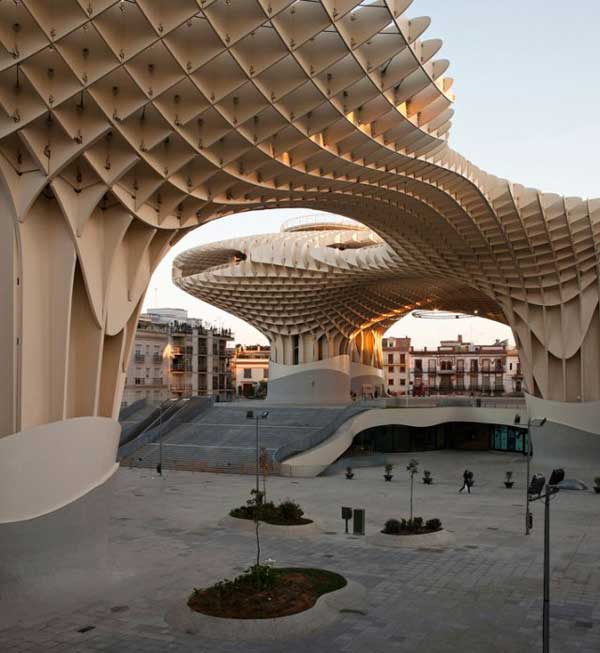 Golf course designing is a dream that goes along with the passion for that sport. I love to golf, but at this period of life I don’t have enough time for it. So that scene can wait a bit. Same goes with the cemetery. I’m attracted to the woodland cemetery in Stockholm from Gunnar Asplund and the strong relationship between the landscape and symbolic values in life. If I fail at being a pro-golfer at least I’ll get familiar with the essence of cemetery at the last years of my career, knowing the fact that this is a job that we usually don’t retire from. 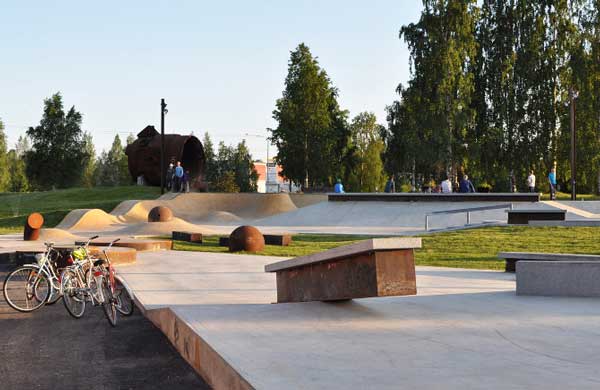 I have five big skatepark assignments from which 3 are to be built in the upcoming summer, so to get these done successfully and to take care of my family at the same time is my goal. Work and personal life need to be well balanced. The life we are living during our “free time” should inspire our work. That is something I love about being a landscape architect and a skateboarder. Interview conducted by Yuliya Georgieva Website: Janne Saario