Heemstede Hageveld Estate designed by Hosper Built in 1923 and originally used as a Catholic seminary, the Hageveld in Heemstede had seen better days. In 1968, the rear building, the Achterhuis, was turned into Hageveld Atheneum College, but the front, the Voorhuis, remained largely unused and, by 1997, was deemed unfeasible by the diocese of Haarlam, NL. The owner of the estate felt that its beauty was still there, but both the Voorhuis and the landscape had been neglected through the years and were in desperate need of work. The goal was to transform the Voorhuis into high-end apartments, the Achterhuis into student dormitories, and to expand sporting areas for the school, all while maintaining the historical integrity of the estate. Dutch firm Hosper was asked to create an urban and master plan, including landscape restoration, plantings and water works, and parking for the entire 140,000-square-meter estate. 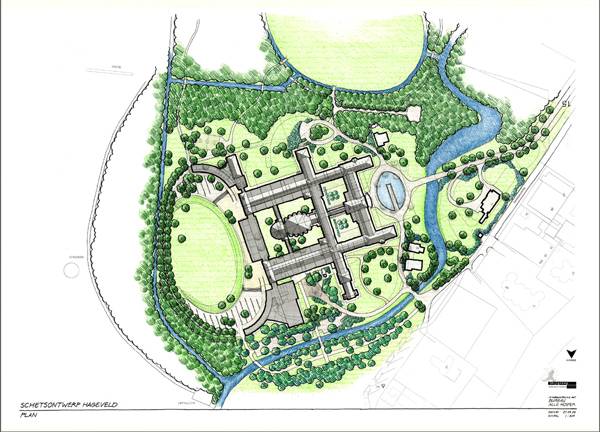 Hosper, “a multidisciplinary design bureau for landscape architecture and urban development,” describes its work as “the layered (urban) landscape” and that “with respect to these layers, we seek to translate the requirements posed by the present age for the living environment into a new layer that fits in with the location.” This layering creates a design that is “timeless and not determined by passing fads.” Hosper’s intervention does just that by restoring the landscape and water structures, but also expanding certain elements when possible. 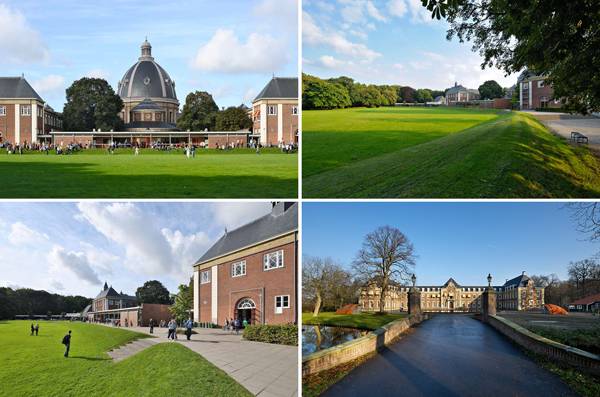 A central goal for the project was removing the overgrown landscaping from around the building and replacing it with a lush, green lawn to allow the building to stand “with its feet in the grass” as much as possible. A meter-high grass bank was added around the school’s playground in the rear, and footpaths through the wooded areas were both restored and extended to connect to the surrounding meadows. Newly purchased land on the west side allowed the design team to restore severely neglected plantings by adding more trees. New bicycle paths were created to add more fluidity to the existing bicycle network and ultimately maintain accessibility to the site. The plan called for 60 apartments in the Voorhuis, with two parking spaces next to the building for each. The designers didn’t want to interrupt the flow of the landscape by placing ubiquitous parking spaces in front of the building, so instead opted to build an underground car park immediately in front of the Voorhuis. 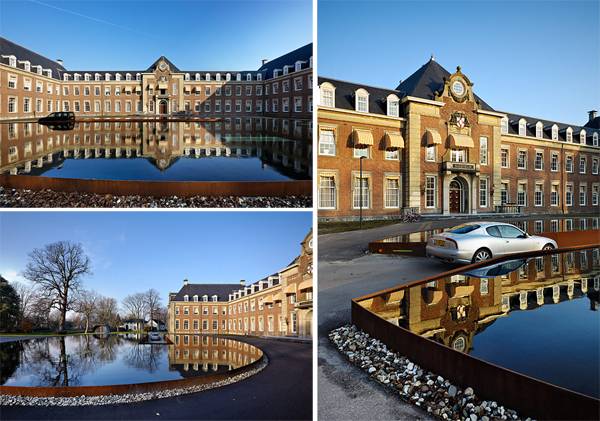 “In our plans, we look optimistically for opportunities to bridge traditional contrasts and conflicts between the city, nature, and countryside and to strike a balance between economic development and the environment,” Along these same lines, the design team placed a 730-square-meter ornamental pond, seamlessly split by the entrance to the underground car park, directly in front of the building and above the car park. The pond, a mere 60 centimeters deep, has a rim of CorTen steel and “fountains generate a special effect to the water surface from time to time, producing little bubbles just above water level.” The design team placed light shafts, covered with artistically colored panels, in the pond to allow light to seep into the car park during the day. At night, the pond is lit from the lights in the underground car park. 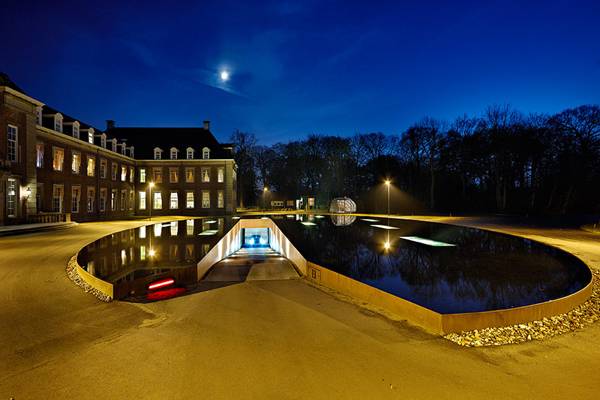 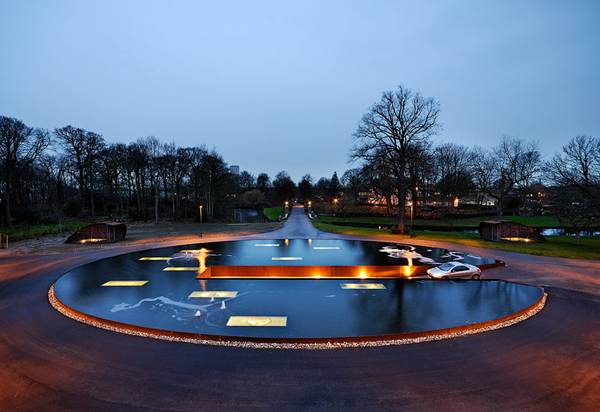 An overview of the car park in action at Heemstede Hageveld Estate. Photography credit: Pieter Kers

The finished design of the estate consists of three concentric circles, each with its own character. The main building sits at the core and is surrounded by lush lawns and plantings, all of which are surrounded by farmland. The two outer circles form the picturesque and functional park, complete with foot and bike paths. The project, begun in 2002, was already winning awards by 2008, when it was a finalist in the Dutch Design Award competition. In 2009, it was awarded the Arie Keppler Prize. And finally, in 2010, it was included in the yearbook of Landscape Architecture and Town Planning in the Netherlands and was nominated for Best Private Plot the same year. Hosper also featured in: Top 10 Imaginative Squares Article written by Erin Tharp Published in Blog