Red Carpet by 100 Architects, East Nanjing Road, Shanghai, China. How do you transform a busy walking street into a flourishing and interesting attraction for a whole neighborhood? That was the question the designers at 100 Architects asked themselves when the Shanghai government asked them to create a new feature for the East Nanjing Road’s century square. The East Nanjing Road is a famous pedestrian street in the center of Shanghai, China. Historically, this road was the link between the port in the east and the old city in the west. It has become the main economic axis of the city, supporting a variety of cultural and social activities. The street has maintained its importance as the number one commercial street in Shanghai, with thousands of pedestrians traversing it every day. What was the objective of the Red Carpet Project? The eastern part of the street consists of a car-free area with a small performance stage that is used only once or twice a year. What’s missing is a landmark to accentuate the unique character of this street. 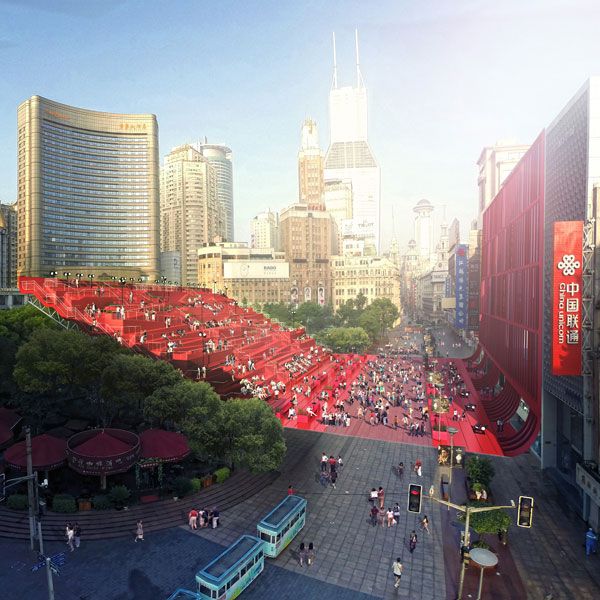 These were the conditions the designers at 100 Architects had to work with: Create a new perspective on the existing public space, while at the same time engaging in its original function. But they wanted to do more — they wanted to get people to think about their everyday life, and to reflect on the importance of public spaces on their wellbeing.

In their new design, they have created a theater-like construction where people can watch and the observe passersby. In this way, they engage people to see something as simple as going to the mall from another perspective. 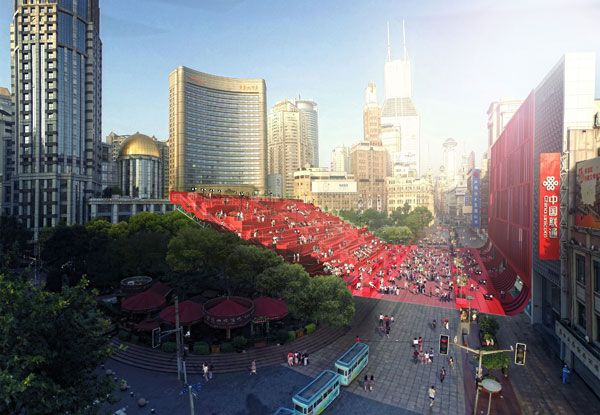 A Wave of Red With a risky, but quite simple design, they have elevated something as common as walking down a street into something worth observing as if people were actually watching a movie. They created an atmosphere of luxury, glamour, and design in which the normal, everyday life of the pedestrians becomes subject to a show in which they are the stars. See More Red Themed Related Projects: 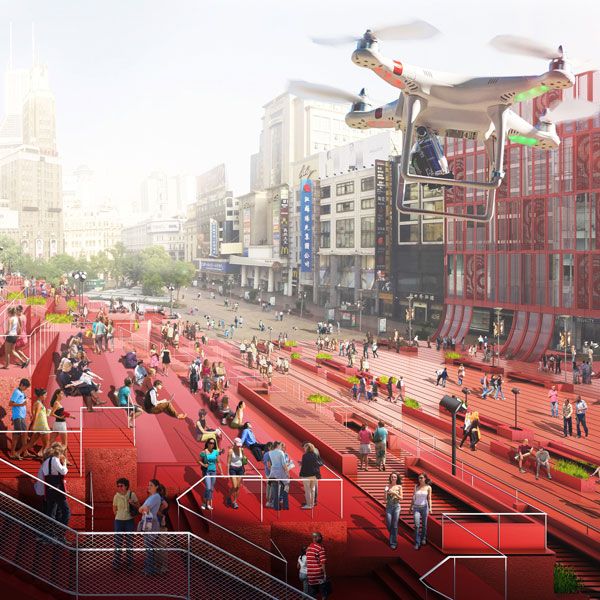 Red Carpet Park Amphitheater To create this vibrant, strong atmosphere, the designers focused heavily on the aesthetics of the project. A red carpet spreads from the façade of a building at the north, all the way to the other side, crossing the busy street, and creating a gap in the continuous design of the road, encouraging passersby to stop to explore and use this new feature. The structure itself is mainly made of metal pillars and concrete blocks to create the image of a theater, covered with red wood and red metal panels. A site for massive visual projections This prominent color contrasts with the gray and boring street, bringing people into a different world. The front of the building is covered in perforated metal panels to allow plenty of air and light inside. These panels are meant to be used as a background for projections and performances. 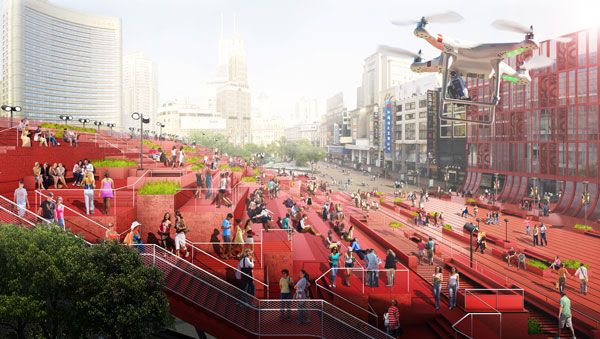 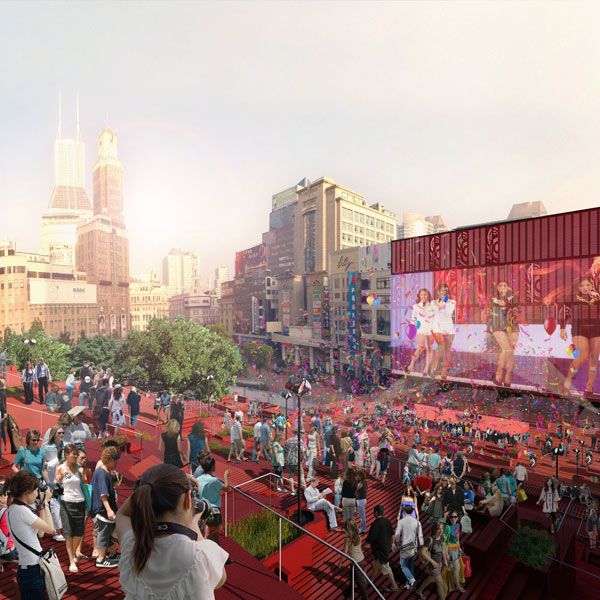 The Half-Open Amphitheater The other side of the park consists of various levels of seating, much like a half-open amphitheater. This will give passersby a place to rest, and provide an audience for the shows and performances that will be projected on the opposite wall. 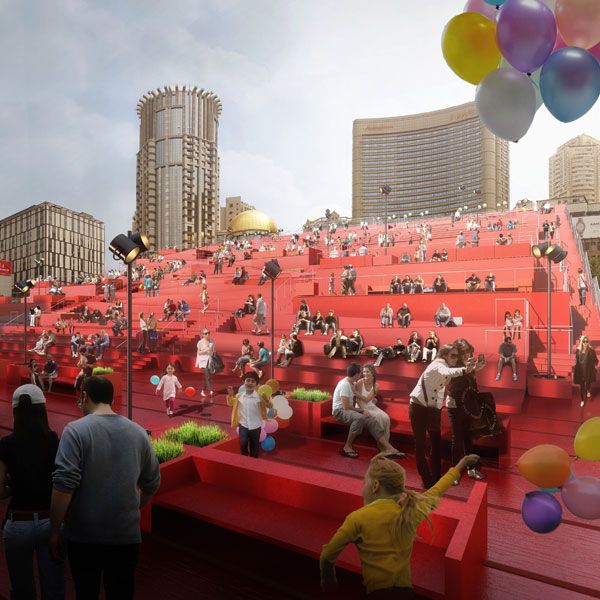 The open space under the structure provides an open market with sunshade protection, while a more covered area houses a small bar, providing public toilets and other amenities. The design for the Red Carpet Park in Shanghai may not be the most subtle or common one, but it will for sure be an eye catcher in the public space, where people can dream of a luxurious life where common experiences develop into something extraordinary. With designs like these, people can be brought together, transforming banal places into social magnets. Recommended Reading: