Aberdeen City Gardens, by Mecanoo Arcitecten, in Aberdeen, Union Terrace Gardens, Scotland. Each city has its unique qualities that make it stand out. Each has its own characteristics, but all have one thing in common: They all tell a story. There are cities that take you back in time with their ancient buildings and civilizations. Some describe a rich history through the mix of local and foreign architecture. Others seem to bring you to a different world through their skyscrapers and science fiction-inspired buildings. But what about a sophisticated city, one that displays a beauty with class and elegance? Our idea of sophistication when it comes to architecture may be within the façade and interiors of a building itself. But what if I tell you that sophistication can be both indoors and out? How can you make a modern city garden that pays tribute to a city’s elegant image? 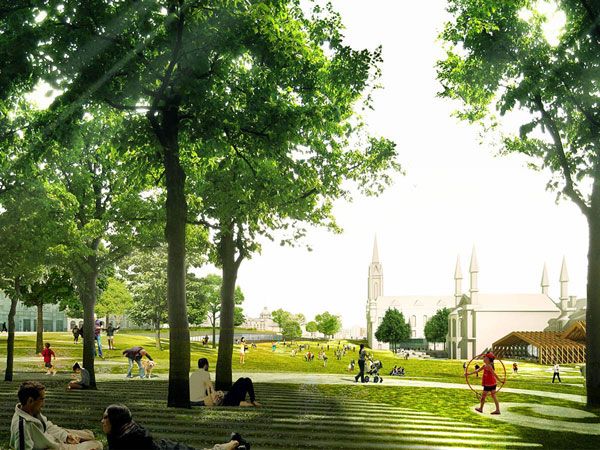 Aberdeen is the third most populated city in Scotland, and it is the 37th most populous metropolitan area in the United Kingdom. It is famous for the elegant look of its buildings. Aberdeen’s architecture was popular during the Victorian Era because of the use of granite in the façades of the structures, giving them a sophisticated vibe. This characteristic of the city led it to be locally called the Granite City, the Grey City, and the Silver City with the Golden Sands.

In 2011, Malcom Reading Consultants sponsored an international competition called The Aberdeen City Garden Project. The £140 million project’s purpose was to redevelop the simple, plain Union Terrace Gardens in Aberdeen — which cover approximately two and half acres of land — in order to match the city’s sophisticated look. The project aimed to transform the 19th-century gardens and to cover the unattractive Denburn dual carriageway and railway line. 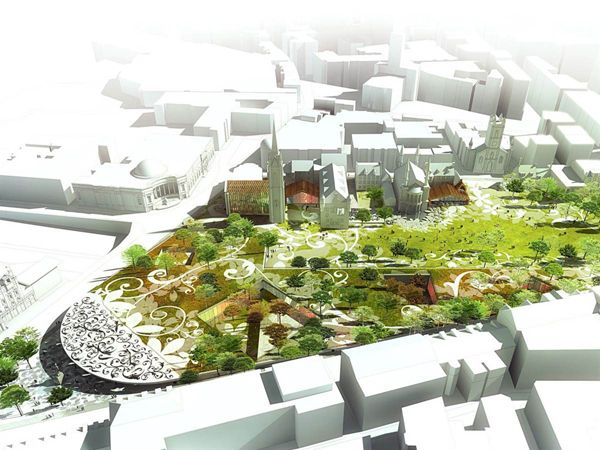 The original 1869 plans for the Denburn Gardens called for a much grander park than the one we see now. The challenge for the competitors was to harmonize the proposed park with Aberdeen’s rich heritage while also modernizing the design. Other articles featuring Mecanoo Arcitecten:

The Flower of Scotland One of the entries in the competition was the “The Flower of Scotland” by Mecanoo Arcitecten. The idea was to create a grand and iconic space to unite and bring harmony to the buildings and the landscapes, making the design sensitive and complementary to the existing buildings around it. As visitors walk outside, they will see the intricate floral patterns that give a feeling of sophistication. Through this proposed park, one will be able to see a modern but classy distinctive identity and atmosphere. 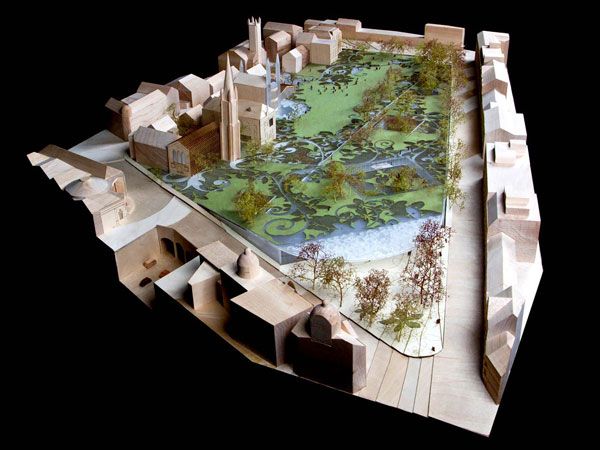 Gardens and Public Spaces Aberdeen City Gardens will be transformed into a spectacular urban auditorium, but in order to remedy the shortage of green space in the city, the design needs to have a double function. A part of the garden is elevated to maximize the space. The lower level is composed of an exhibition space, cafe, lobby, and other functional spaces while the upper level is the elevated garden. As you go through the Aberdeen City Gardens, you will notice that the Public Arts Centre is not totally seen because of the roof garden and the gardens surrounding it. It pays respect to the existing buildings on the site because it does not overshadow the heritage buildings. The design made sure that Aberdeen City Gardens will complement these buildings. 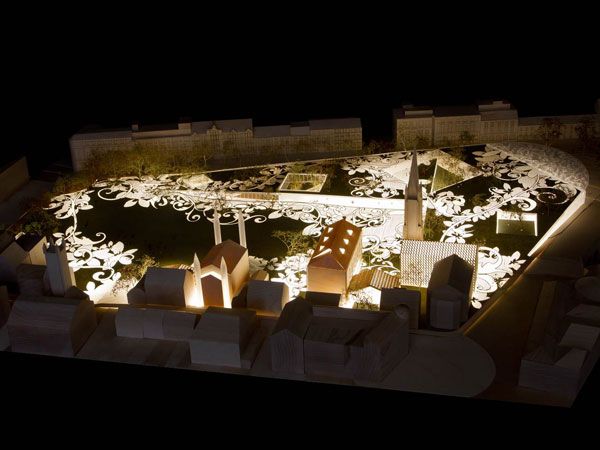 A continuous floral motif can be seen throughout the site, and there are also small gardens, playgrounds, an amphitheater, a park bench, a water theater, and a bar with terraces. In some parts, the path curls to fashion a series of private seats as it stretches to create a large outdoor surface that serves as a multipurpose area for hosting events. The design encourages unexpected encounters from different connections and interactions of social spaces. 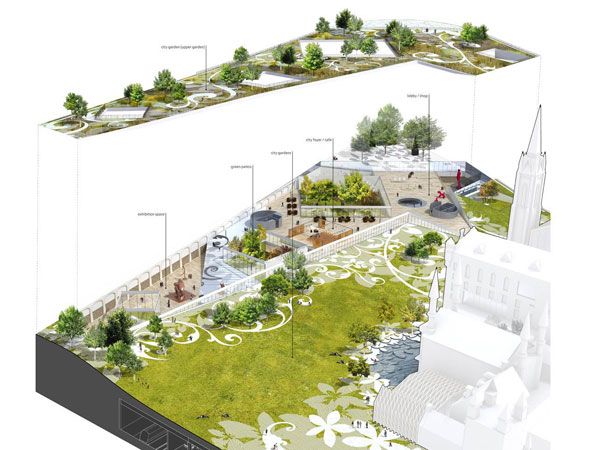 Looking at the design as a whole, it steps forward into becoming a modern city park, but it also flatters the Aberdeen heritage buildings. It promotes the city’s historic streets and it can also be a new landmark of the city. The buildings surrounding the city garden embrace the ambiance of sophistication, making it unified and harmonized. It does not outshine the city but complements it. Recommended Reading: