In the city, the streets are literally our front yards. And every year, New York City celebrates these oft-undervalued public spaces by closing down the streets to cars and opening them up for people to play, run, walk and bike. The annual event is called Summer Streets and for three amazing Saturdays in August, Manhattan is host to one of the coolest events of the summer. 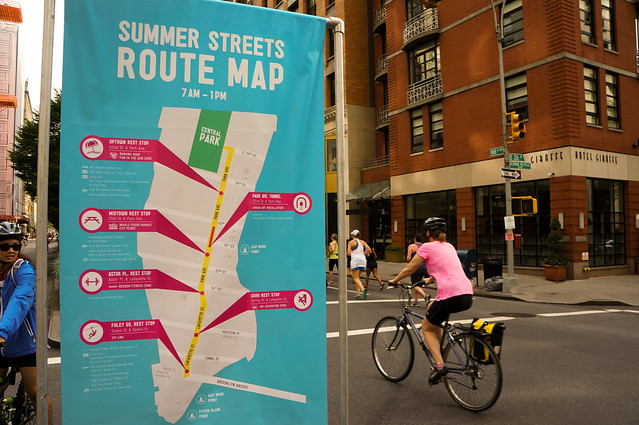 This incredible event that joins placemaking, public health, and community together is modeled after similar events from around the world, most notably Bogotá, Colombia’s Ciclovía, which dates back to the early 1980s. Every Sunday and holiday, over 70 miles of Bogota’s streets are shut down, attracting millions of Colombians to come out to explore, exercise and socialize.

New York City’s foray into their own Ciclovía started in 2007 and has grown bigger and better every year, stretching nearly seven miles from the Brooklyn Bridge to Central Park and runs from 7:00AM to 1:00PM. The city’s success has also helped inspire other initiatives throughout North America. 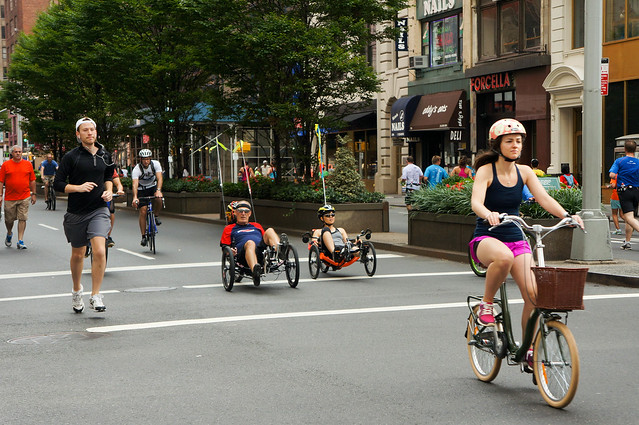 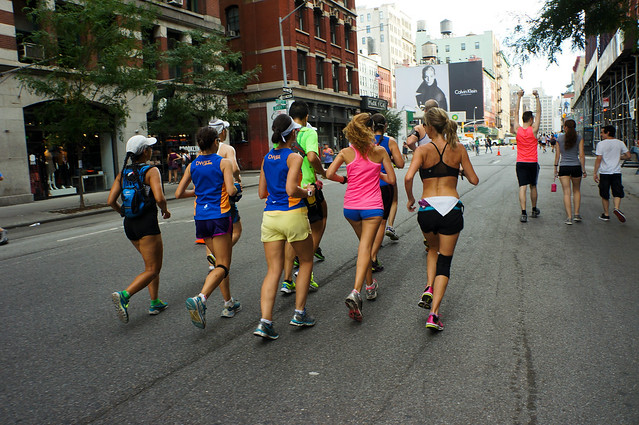 In 2008, I interned with NYCDOT to help promote Summer Streets as well as Weekend Walks, a smaller, neighborhood-based version that takes place in the five boroughs. Five years later, I came back to revisit Summer Streets and was pleasantly surprised by how much it’s expanded, from the inclusion of public art, one-hour free bicycle rentals, climbing walls, and even–no joke–a zip line. 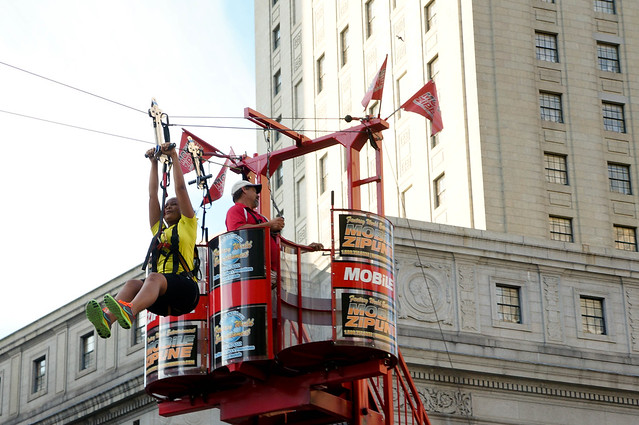 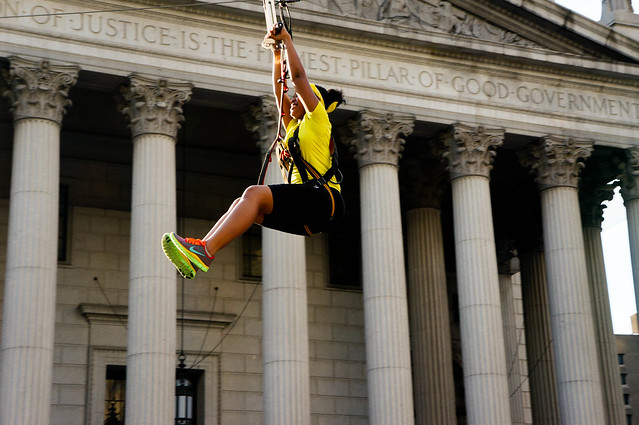 What made the 2013 Summer Streets extra special was the debut of the CitiBike bike share, which gave event-goers another option to explore the streets. Even though we arrived at 7:30AM—pro tip: arrive early!—almost all of the one-hour free rentals had been checked out. So, we decided to try out CitiBike, which aside from a few software mishaps, was an excellent and convenient way to explore Summer Streets. 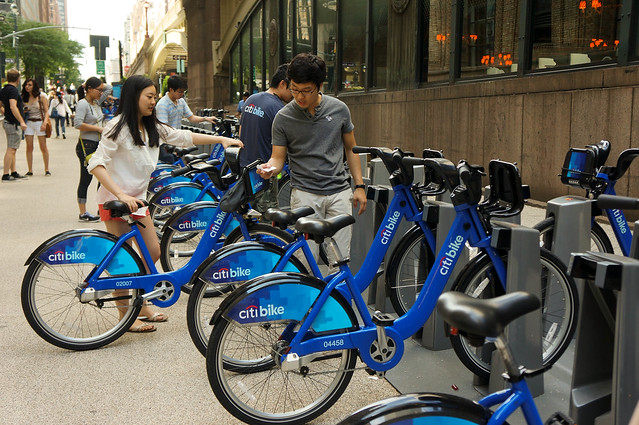 With the bright blue bikes, we coasted down the wide boulevards of Park Avenue, passing by outdoor Zumba and yoga classes, joggers, a Whole Foods picnic, and even went into the Park Avenue Tunnel, which, for the first time since the 1930s, was open to pedestrians and had also been transformed into an interactive art installation.

Did you go to Summer Streets this year? Share your favorite memory down in the comments below! 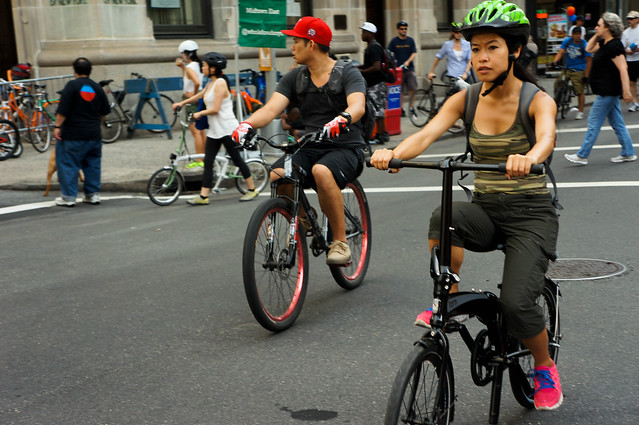 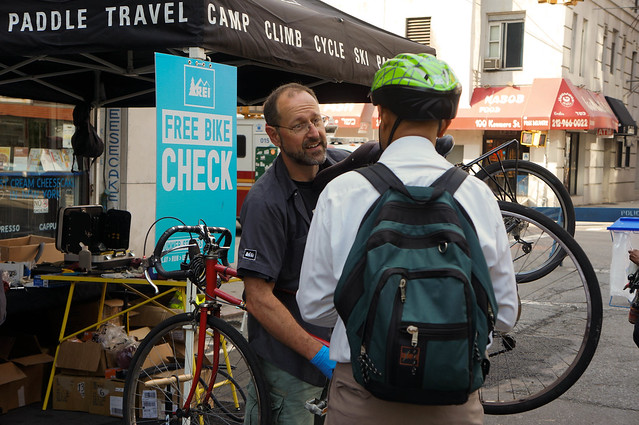 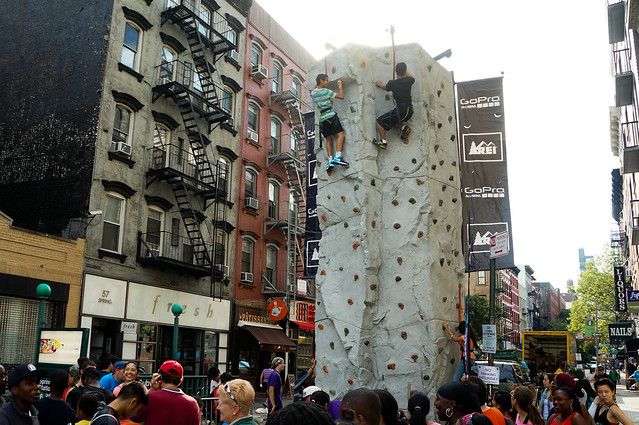 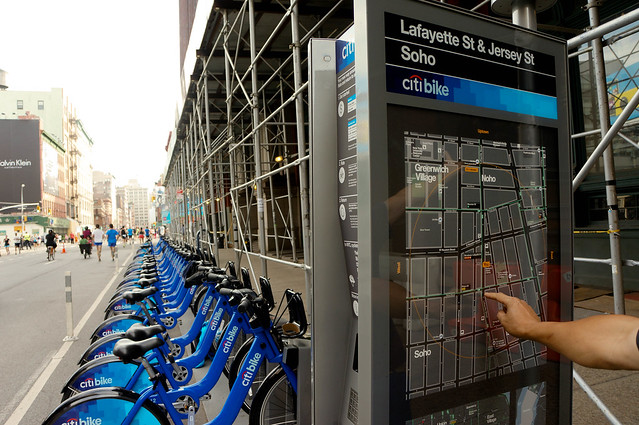 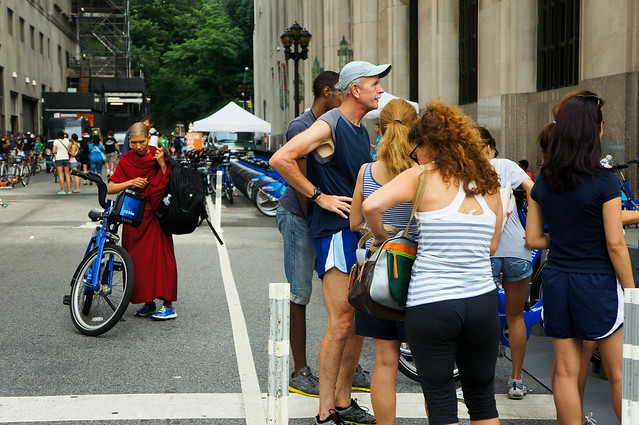 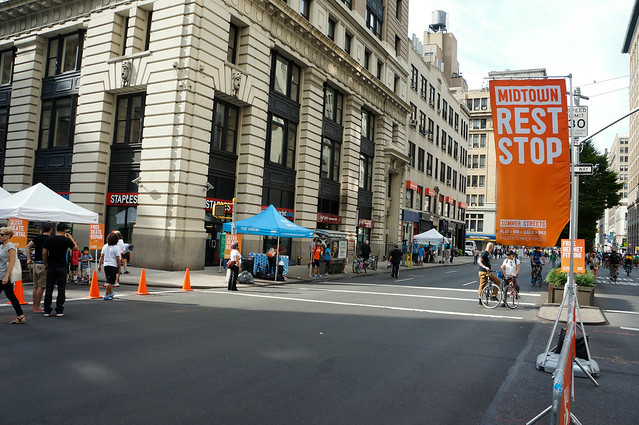 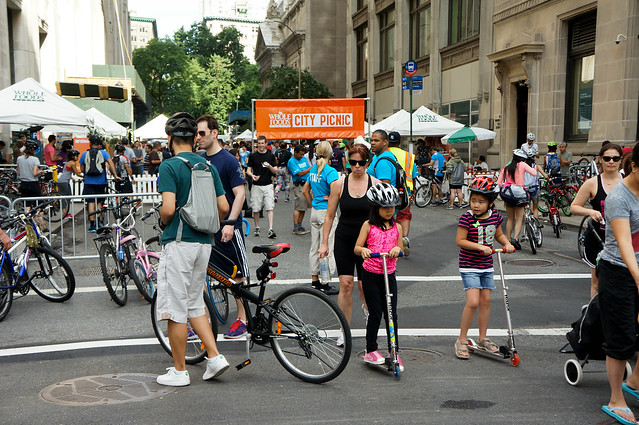 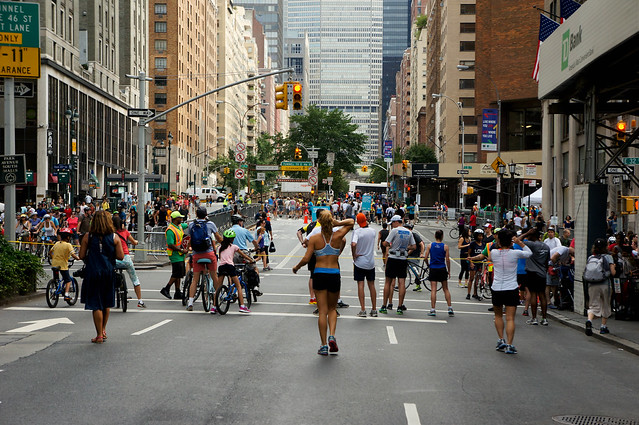 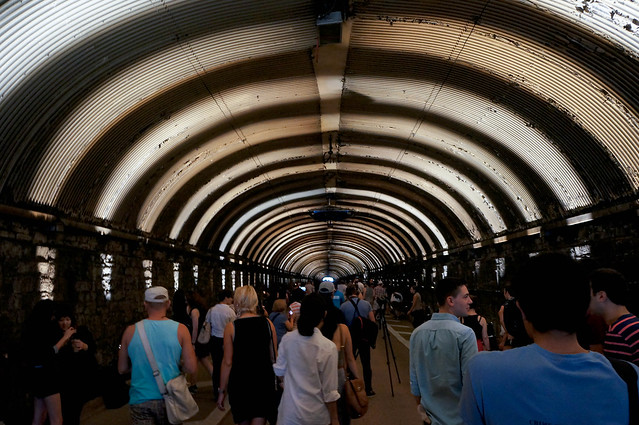 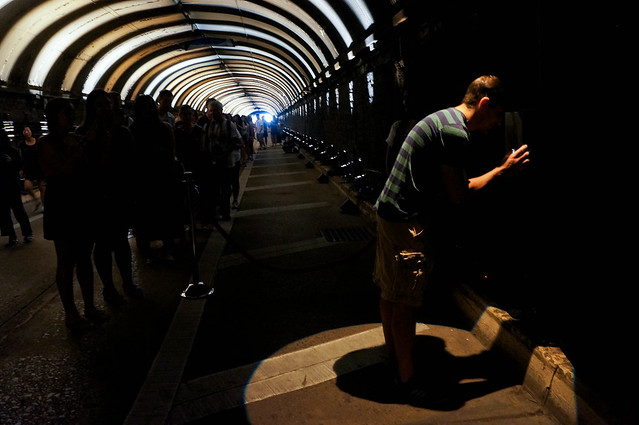 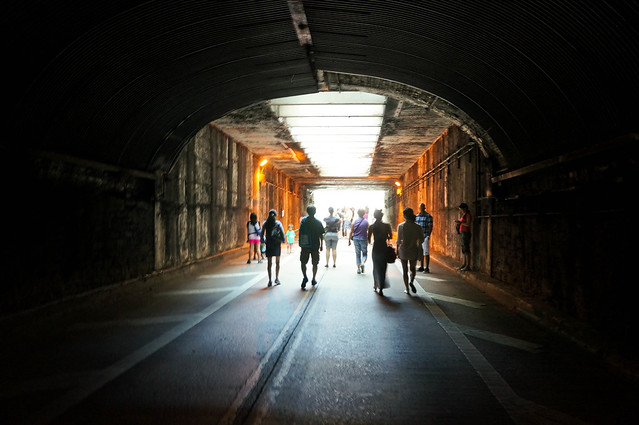 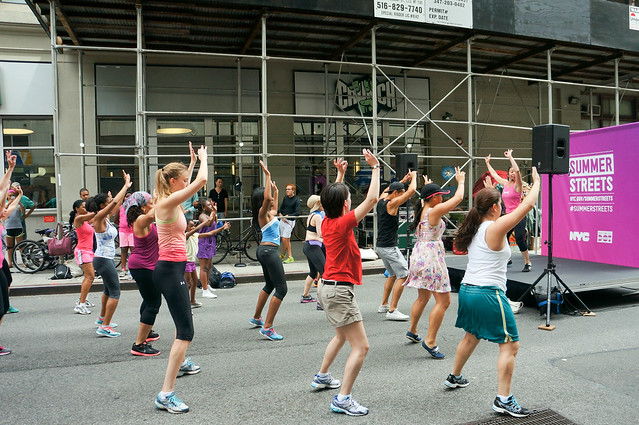 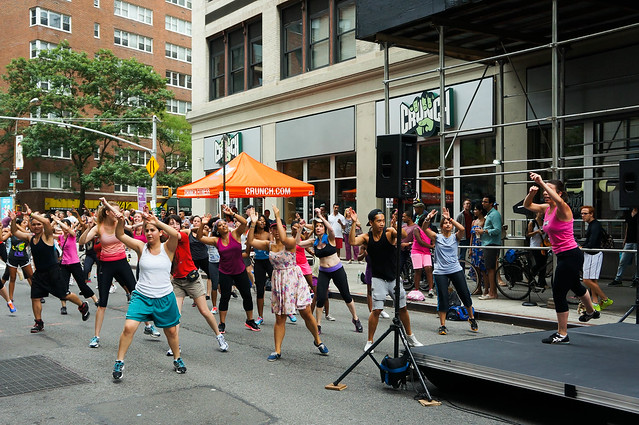 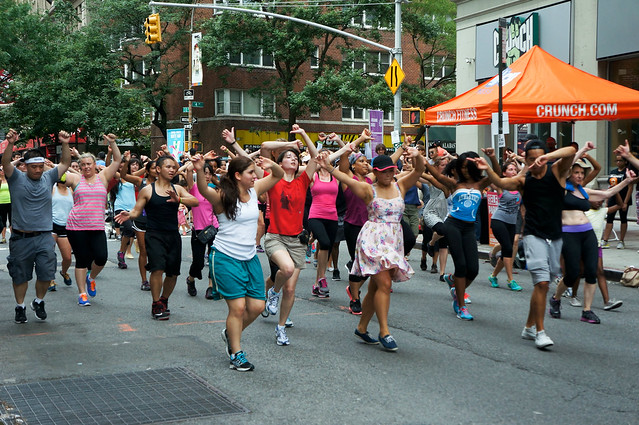 All photographs copyrighted to Lucy Wang. Please ask before using.