Tomorrow, November 22, a celebration of epic proportions will take place in Dallas. Oddly, the city is celebrating the life, legacy, and leadership of John F. Kennedy on the 50th Anniversary of his assassination. A date some wish would be forgotten; but many visitors, including 100s of press, from around the globe will be here to mark the occasion.

As a Dallasite, I grew up hearing of the burden and shame the citizens carried because JFK was killed in our blossoming city. And from a young age I visited all the sites near Dealey Plaza, the site of the assassination: the ‘Grassy Knoll’, the Sixth Floor Museum at the Texas School Book Depository, and the John F. Kennedy Memorial Plaza. Most conversations in these spaces revolved around conspiracy theories hoping to salvage Dallas’ reputation, certainly not about the meaning behind the design of a memorial which I later learnt was controversial from the get go (and, apparently, still is today). 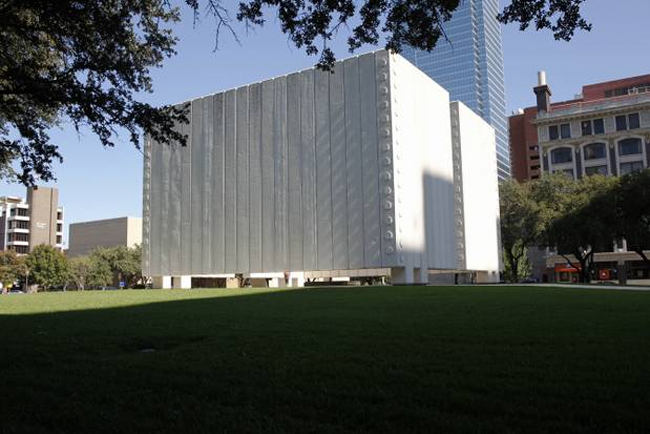 During an Environmental Art class while working on my MLA at the University of Texas in Arlington, I first was made aware of the controversy of the Philip Johnson designed JFK Memorial.

Conceived as a cenotaph, or open tomb, the roofless room was designed to symbolize the freedom of John F. Kennedy’s spirit and act as a place of refuge for those who visited the plaza. Seen as too modern and too abstract by many, Johnson’s modernist memorial did not memorialize Kennedy in the manner most individuals felt the 35th president should be remembered.  In addition, the consensus was that the memorial should be in Washington, D.C. and not here in Dallas. 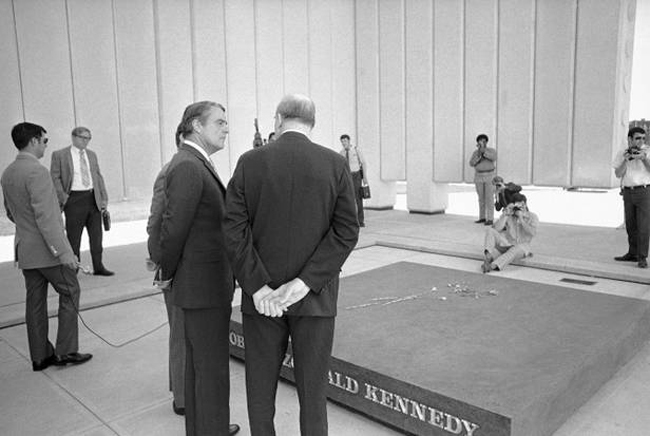 Leading up to the commemorative day known as “The 50th”, the John F. Kennedy Memorial Plaza has again received renewed interest and criticism. In the last week, two opposing articles in the Dallas Morning News have been written about the memorial. The first one by new to town Dallas Morning News Architecture Critic, Mark Lamster, entitled Architecture commentary: Markers of JFK tragedy fail to impress. The second one penned by Rick Brettell, a 25 year transplant and Dallas Morning Art Critic, is a rebuttal titled Another take on the Kennedy Memorial, Dallas’ masterful roofless room.

Lively Facebook, and offline, discussions by designers and architectural enthusiasts alike have focused around whether the memorial memorializes Kennedy or Johnson, was true to the time, and what might have been more appropriate. Remembering that memorial design is tied to time and place, I am a fan and personally side with Rick Brettell’s take!