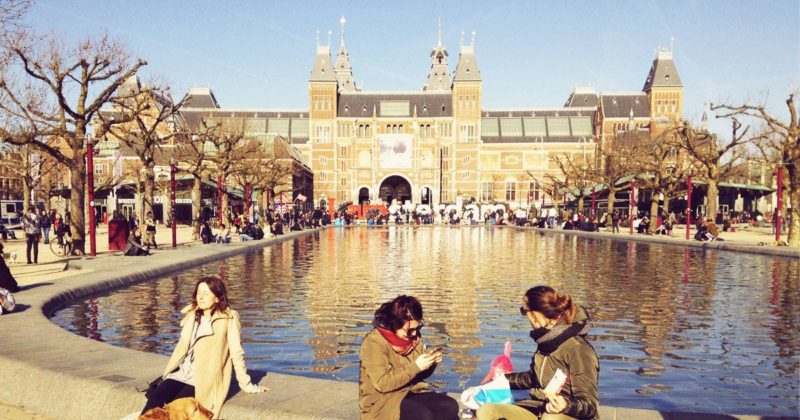 Article by Ophelia Yuting Ji – We take a  look at how Amsterdam became one of the most sustainable cities in the world due to the development of the Amsterdam Canal Ring.  Revolving windmills, blossoming tulips, and meandering canals; we are all drawn to the beautiful sightseeing in Amsterdam, but the capital of the Netherlands is definitely more than that. The city, located in the North Holland province in the Netherlands, was derived from a fishing village along the Amstel River in the 13th century. The clue can easily be found in its name: “Amster-dam” basically means the dam around the Amstel River. Despite the fast development around this river and IJ Bay, Amsterdam has become one of the top 5 sustainable cities in the world, according to the Arcadis “Sustainable Cities Index” in 2015. 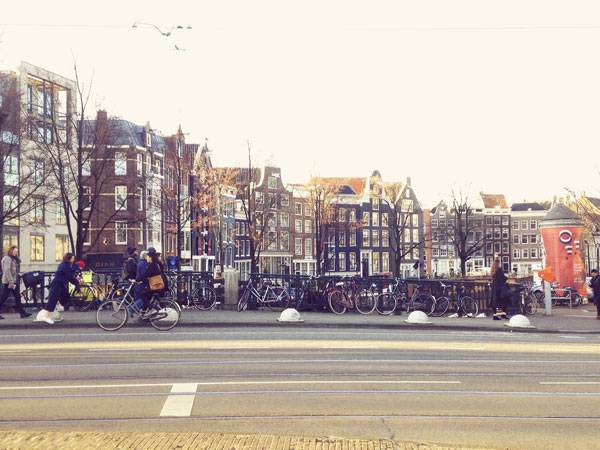 This index includes three main aspects; people – measures social performance including quality of life, planet – captures environmental factors like energy emissions and pollution, profit – assesses the business environment and economic performance. Thanks to the city’s sustainable vision, Amsterdam scores high in all three aspects. But what does this mean to an Amsterdamer’s daily life? Let us delve into the city together. 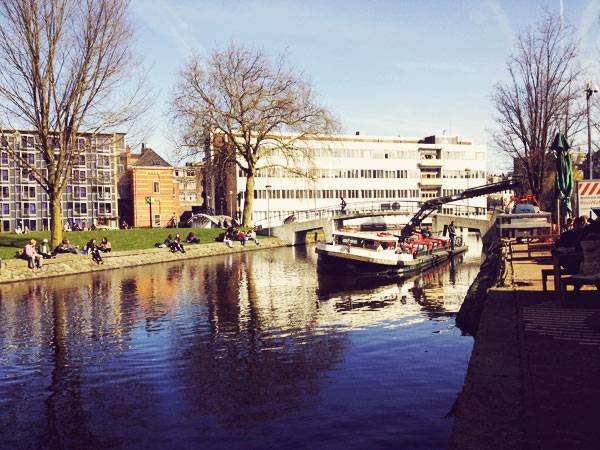 The whole city was developed along the canals made by careful city planning decisions. The water management in Amsterdam has a very long history. Beyond the water managing function, even before the 16th century, the canals were first used as a defensive moat. They gradually became used for commercial and residential uses, as well as for transporting merchandise, as it says in “Time Out Amsterdam”. 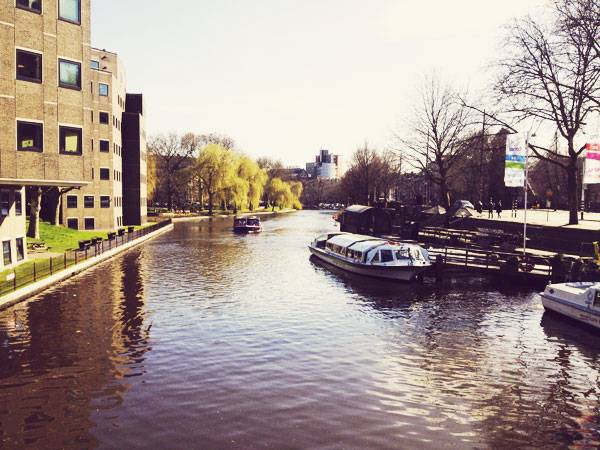 Paul F. State also says in “A Brief History of Amsterdam” that nobody is sure when the first inhabitants emerged in the Netherlands but the flint artifacts found have shown the country was already occupied 150,000 years ago. The Romans, led by Julius Caesar, and some Germanic tribes were the first invaders in this country to seek more lands for dwelling and development, starting before 60 B.C. Then according to iamsterdam.com, at the end of 15th century, many Jewish people fled to Amsterdam after the Spaniards conquered Antwerp; the large flow of immigration brought the opportunity to develop, which called for the expansion of canals. 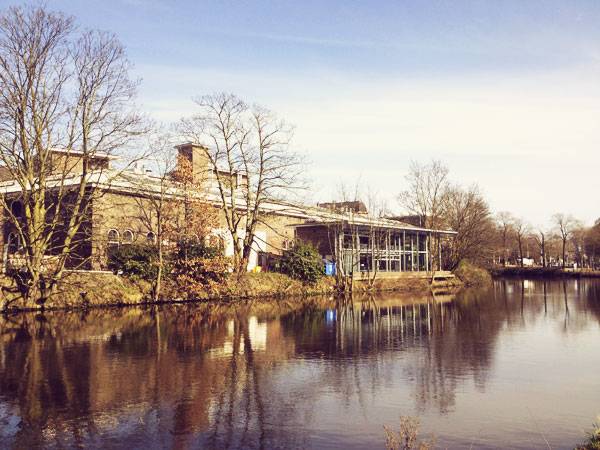 The initial plan of the canals was started in the 17th century, its golden age, where the canal belt was fully-fledged. Each canal in this ring has a different function. Prinsengracht (Prince’s Canal), Herengracht (Patrician’s Canal), and Keizersgracht (Emperor’s Canal) are mostly for residential development; Singelgracht is for purposes of defense and water management, according to “The Bridge and the City” by Daniel Biau. In 2010, UNESCO added the “Seventeenth-Century Canal Ring Area of Amsterdam inside the Singelgracht” to its World Heritage List. Now, in Amsterdam, there are 165 canals in total with more than 1,200 bridges over them, creating this fantastic crisscrossing and unique cityscape. 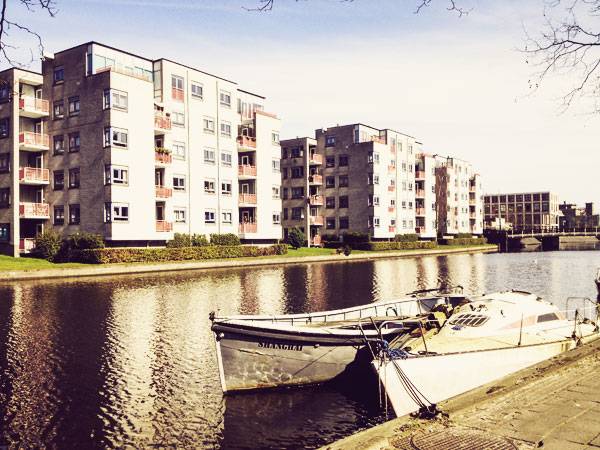 This water-based transportation system is not only beneficial for local people’s uses but also generates commercial and recreational opportunities by attracting visitors. Often times, you can see tourists sitting in the canal boats and taking photos of the beautiful landscape and waterscape of Amsterdam. A different view of Amsterdam Canal Ring is shown in front of you when looking up from the canal boat. Recently, the noise of canal boats in Amsterdam’s waterways was reduced by introducing electric boats, as written in “Amsterdam in 2020” by the city of Amsterdam. 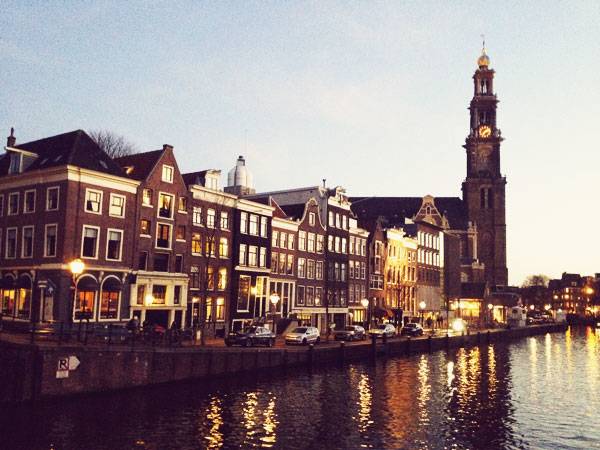 The extra costs for using battery-powered boats are financially supported by the city government to move this pilot project forward. Using the electricity power for cars is also largely encouraged by the government by providing cheaper parking spots for electric cars. Check out this video to view the “Expansion of Amsterdam in the Seventeenth Century”

Besides the water and electricity power usage, as is known, wind power technology is another advantage for the Dutch. According to iamsterdam.com, the Netherlands used to have 10,000 operational windmills for industrial purposes, and now there are 8 in Amsterdam. In fact, the windmills can not only be used to make flour from grain but also function to drain the lowlands of excess water to reclaim polders, press oil out of seeds, and saw wood. Nevertheless, the Dutch are obviously more enterprising in the new decade. Starting from January 1st, 2017, all electric trains are now powered by wind in the Netherlands, says Ton Boon, the spokesman for national railway company, NS. 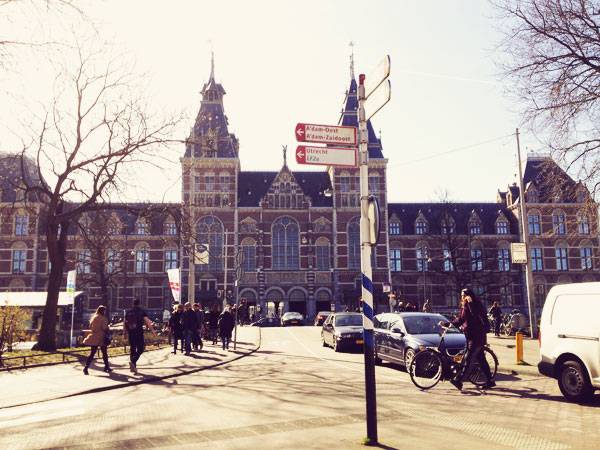 Walking in the city, you can always observe people riding bicycles as they flash by. With a population of 842,343 residents in August of 2016, based on the data from Centraal Bureau Voor de Statistiek (Central Bureau for Statistics) in Netherlands and a 21,949-hectare total surface area, based on the data from 2016 Jaarboek Amsterdam in Cijfers (Amsterdam Yearbook in Figures), the largest city in Netherlands has always been promoting their bicycling traditions. According to the City of Amsterdam, in the period from 2005 to 2007, residents used their bicycle an average of 0.87 times a day and their car 0.84 times. 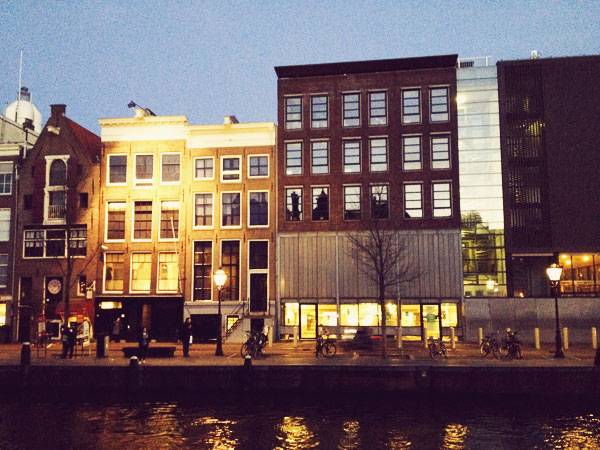 By understanding the multifaceted history in Amsterdam, we would appreciate all the efforts having been put into this land that make it such an inclusive place for people with different backgrounds and living rituals, and the courage of being a pilot in making a sustainable cityscape by embracing what they used to be afraid of and turning it into a great water resource for the city. Does this planning model of Amsterdam Canal Ring give you inspiration on what we can do to improve our city, to make it more sustainable and inclusive to diverse communities? 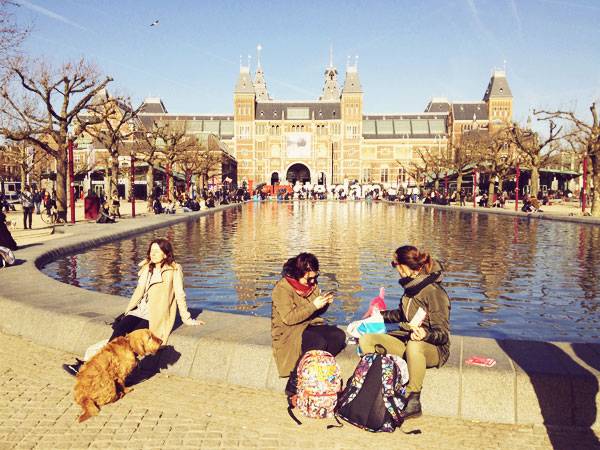