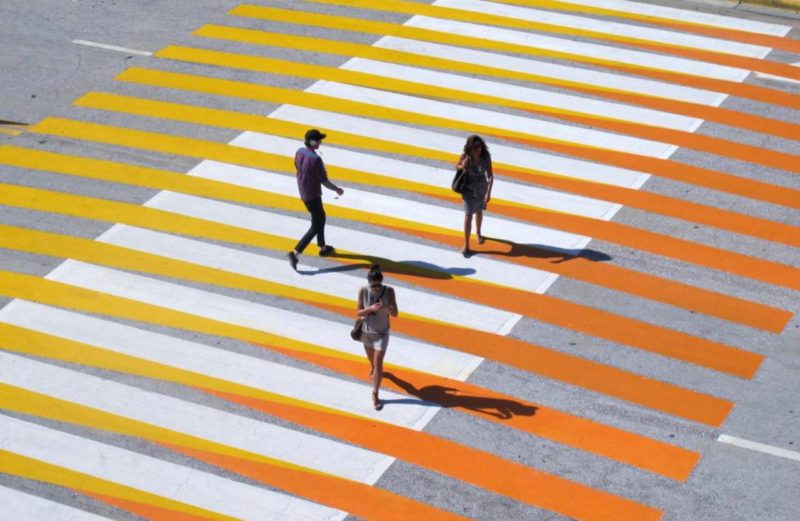 Could turning crosswalks into colorful works of art entice more people to walk? (Pop Up City)

The Daily Blend is Breaking Ground on the Latest in Landscape Architecture.  Have any good stories you’d like to share? Post them on Land8’s Story Board section!