Martin Luther King Park, by Atelier Jacqueline Osty & associés., in Paris, France. One of the most important things in landscape architecture design is making a clear assessment that can be accessible in the future. The method to get a successful result is to divide a proposal into parts in order to develop it stage by stage, providing a visualized target. Once the proposal is phased in years, it is easier for us to estimate the future situation as precisely as possible. Here is an excellent example that tells us how to process a project in phases and what we should take into account when designing in this way. 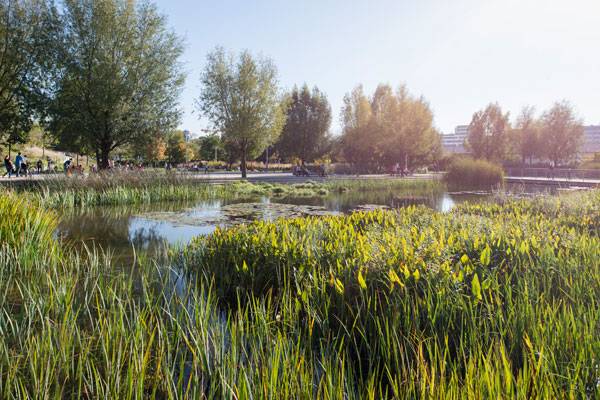 Martin Luther King Park is located in the Clichy Batignolles area of Paris, which was chosen to host the Olympic Village as part of the city’s bid for the 2012 Olympics. The whole project was planned by a team that consisted of town planners, landscape architects, and engineers. The park and new districts have been built upon an old railway platform and storage place. The project has kept most of the main structural lines. It is said that 6,500 new habitats and 12,700 employees will move into this area in the future. The park has been designed mainly in two phases. The whole process from proposal to a finished project will take more than 13 years. 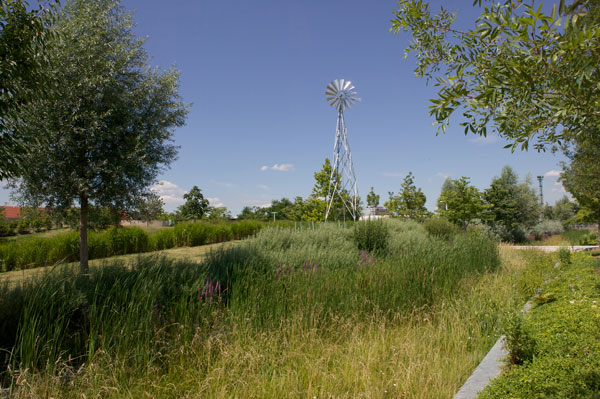 The whole area is 45 hectares, which includes the 10-hectare park. The first phase was built between 2003 and 2007. It was started from the east side of the project, where high-density districts already exist, so the park offers a leisure space for the many people who live nearby. 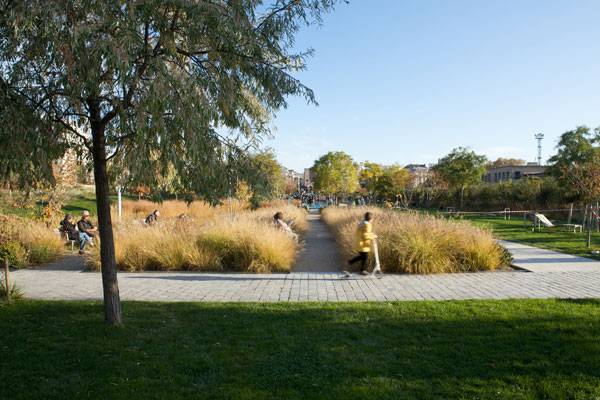 The second phase is divided into two parts. The first part was built between 2008 and 2014. It extends to the northwest side of area. In this part, the concentration is on the park, not buildings. The second part includes the new districts in the northeast and southwest quadrants. They are expected to be complete in 2016. 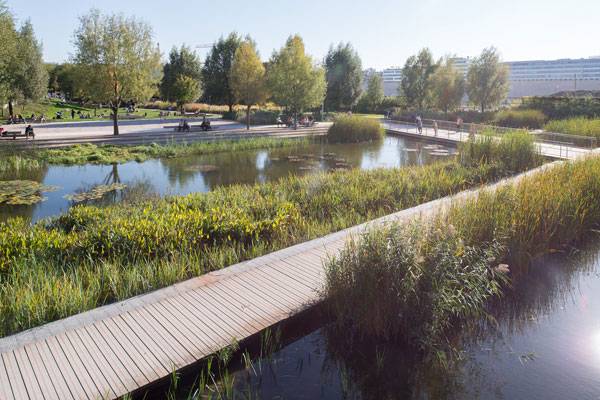 The park contains various water features that express different senses of nature. The center of the park is an open water feature consisting of four biotope basins supplied with non-potable water. Ditches are planned along walkways to show wetland vegetation and also collect rainwater and move it to underground storage to supply water for the park. 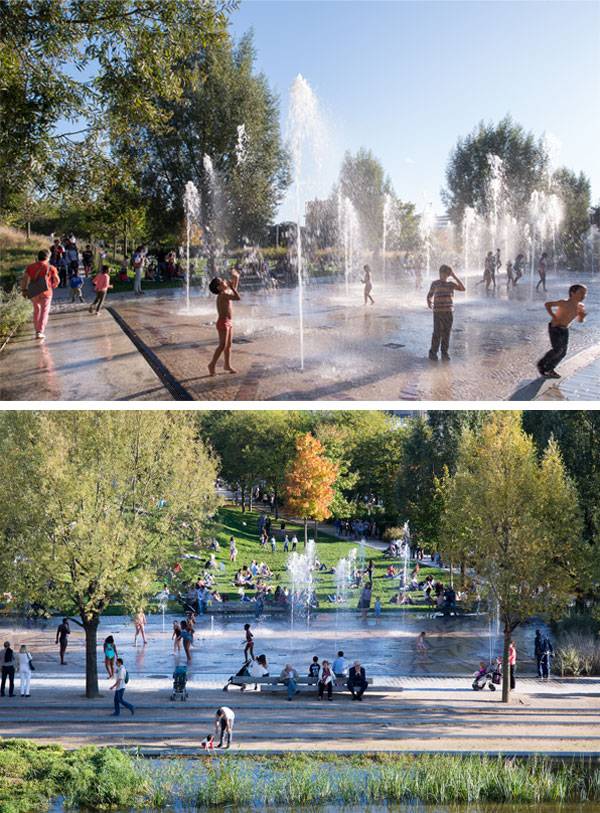 The Clever Use of the Wind Turbine

A dry fountain is designed as an attractive square for summer activities. All of these water features are built as a whole system. One remarkable feature is the use of a wind turbine for re-circulating the water from the planned ditch.

From southeast to northwest, the park includes various spaces for different activities. Each part of the park has a specific character to match to its function. A playground, skate park, and sports fields are supplied for fitness. In the center of the park, the biotope basins provide an open park view and a habitat for wildlife. The lawn and woods offer a perfect place for daily relaxing. 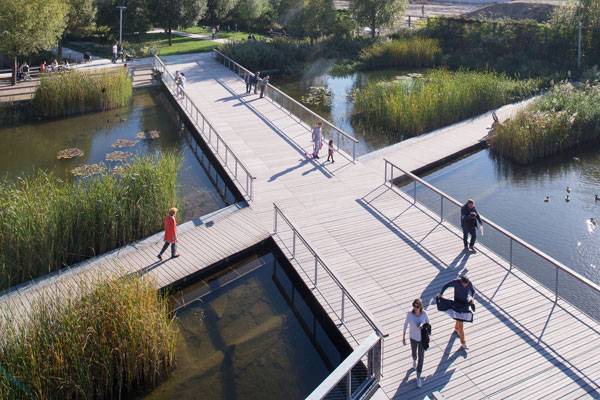 Theme of the Seasons One interesting thing about the project is its concentration on sensible seasonal changes in the park. By using different vegetation and water features, the park is divided into four seasonal themes, so that changes in the weather can be seasonally experienced.

The Green Connecting Arms of Ecology

Green corridors as “arms” of the park extend into both the eastern and western sections of the project and insert themselves into office buildings and the housing district. At the same time, the corridors also increase a connection between the park and others surrounding urban green spaces. 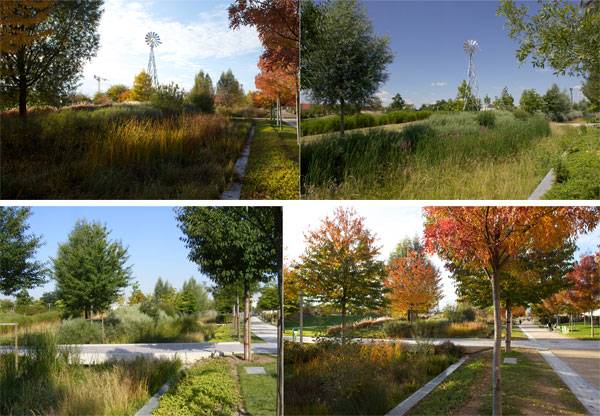 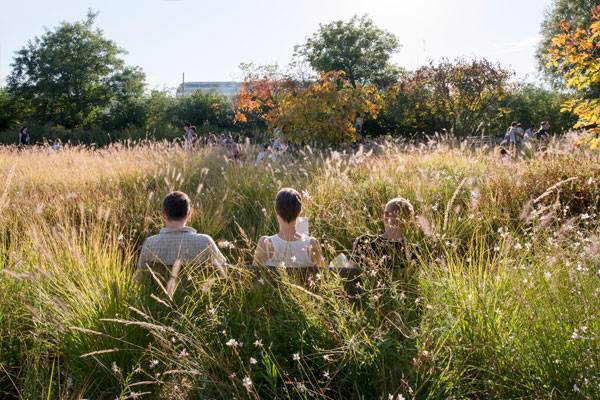 There are a few reasons why this park is successful.

First: It has a clear, phased proposal that helps designers to understand the full project’s distinct direction. Second: The landscape architecture was considered at the beginning of the planning process. This provides a priority for the designers to emphasise the urban green connection, so that the building district and the park can have a seamless connection without wasteland. 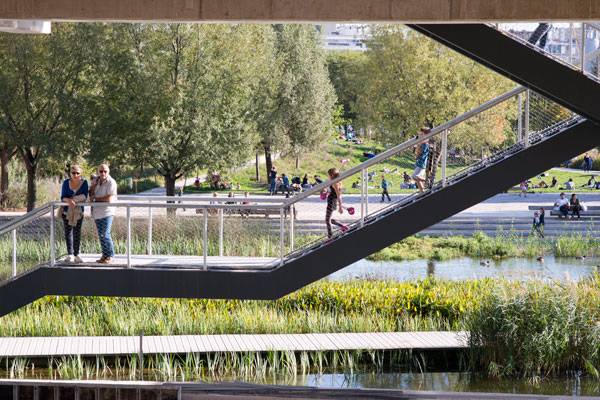 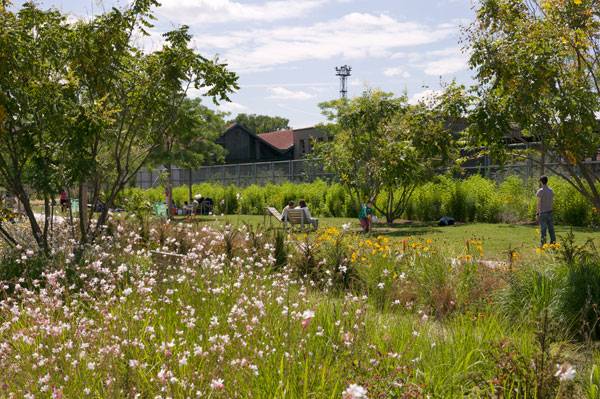 Third: Sustainability comes into play, including the use of natural energy such as solar and wind and the reuse of collected rainwater. This reduces the cost of maintenance. Fourth: Different water features and various vegetations provide biodiversity in the park to make it livelier. The park also brings residents closer to nature, even though they live in the city. What do you think makes an urban park successful? 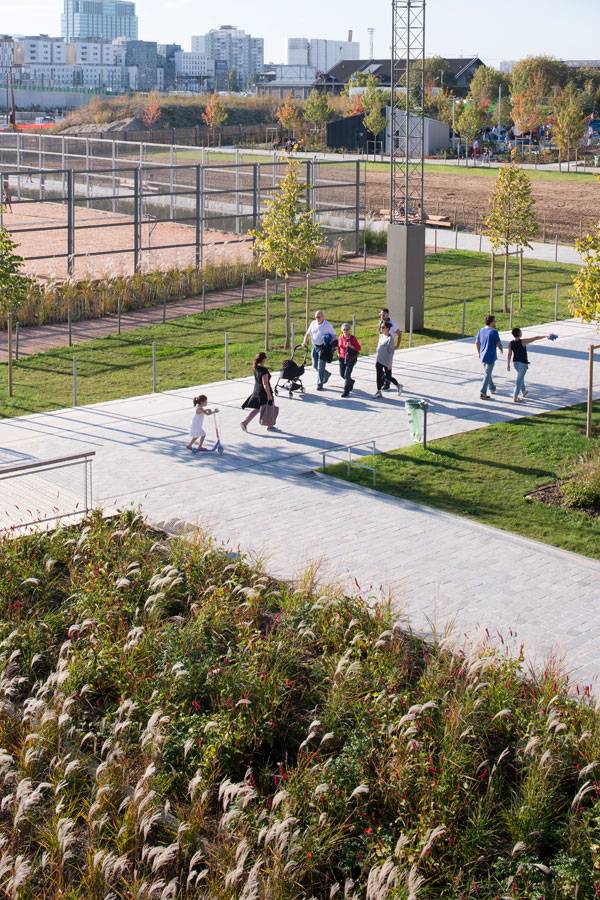