Public spaces are constantly changing in today’s cities. Rather than destroying them or completely rearranging them, more and more landscape architecture projects focus on converting  spaces to better serve the community. The city of Cluj-Napoca is an example of such a project, coordinated by Asta association president Alex Vladovici. I talked to him to get a perspective on how such projects work and why we need to implement them more in the  future.

Tell us a bit about the project… What is the Mobile Park?

After studying the city, following careful considerations, mainly based on community and how people use public spaces, we found that there are a lot of small neglected green spaces, which provide no use for nearby residents, sometimes being ‘bullied’ by cars and garbage. The Mobile Park project was put into place with the purpose of putting these spaces to the use of the community by focusing on details. The main aim was revitalization through ecology and culture. 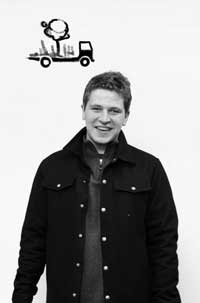 What was the reason behind implementing this project? Do our cities lack green spaces and how does that affect us?

After analysis, the population came back with the feedback that they want more green spaces that they can practically use. We came up with the idea and they were very supportive. Above all, the city needed it.. The paradox of the modern world is that it isolates and emphasizes viewing on the same plane, generating spaces whose consumers are attracted where space is pure projection. In other words, virtual space is gaining ground against  actual space.

What activities were  included in the project sites and why?

The Mobile Park project aimed to guide a moving platform through five locations in the city of Cluj, avoided by the rush of city development, which was in  danger of becoming lifeless. Practically chosen, they differ in having various urban problems, social changes and inconsistency with the surrounding built environment.  The main activities were film projections, planting courses, games and activities with children, fishing contests, along with many others interactive and social steps which had the purpose of getting the community together to value these spaces. 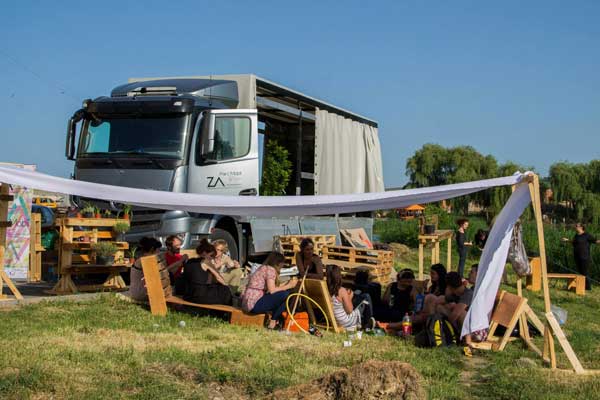 The Mobile Park near a lake in the city.

What do these kinds of projects mean for urban communities?

Public and green spaces have fallen into decline in the city.  We meant to improve this decline which is having adverse effects on  human health  with the help of the community to improve the spaces. In general, such projects aim to warn the population on  issues and  offer them alternatives. They saw the potential and they were given  spaces to administrate in a way they felt suited their needs. We rehabilitated them and they need to take care of them in the future for their own use. 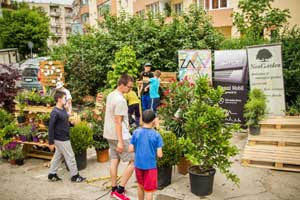 What was the reaction of the local people and will you implement more projects like this in the future?

People reacted more than positively. They supported the project and even helped in  arrangements. They appreciated our effort and were very enthusiastic. They are the key players for keeping  sites and the project going, as well as sparking another edition which might take place in the next few years. The active participation of the team formed along with Alex Axinte and Cristi Borcan (studioBASAR), Diana Culescu (RPR Birou de Studii Contemporane), Laura Panait (anthropologist) and Tiberiu Ciolacu (Planwerk), will  ensure a second successful edition. We hope to devise and implement projects in the future with similar goals and results.

The biggest issue today is lack of green spaces and interactive andinspiring surroundings. Working with the community can fix some problems and forward thinking through such projects can make a big difference, regardless of scale. Change should be implemented through inventive,  new perspectives and we’re on our way to more social and greener cities.

Enjoy what you’ve read! Support us and pick up one of our awesome T-shirts and hoodies today, Click the link