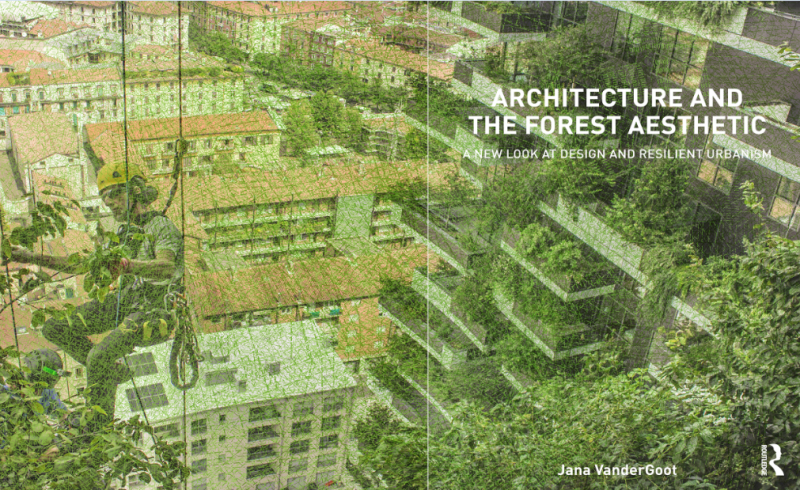 Situated in between several disciplines, Architecture and the Forest Aesthetic by Jana VanderGoot is organized around the central idea that humans are most fit to inhabit the forest biome. Humans flourish where trees do. Using examples exclusively located in the temperate forests in the northern and southern hemispheres, the book pursues a larger aesthetic agenda. As it moves into the affective domain, the author’s purpose is to underscore the coevolution of humans and forests and their instructive power in helping us design long-term systems that benefit this relationship. 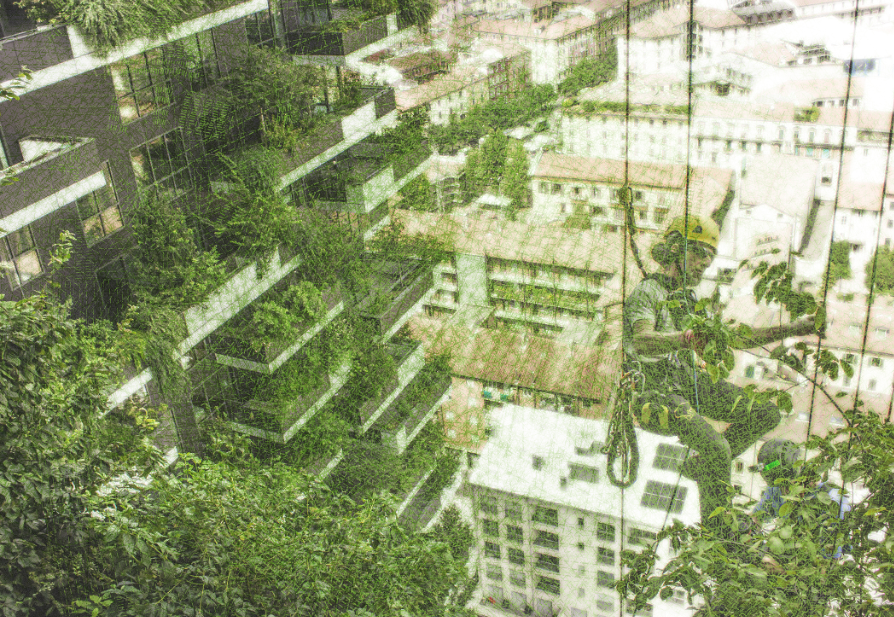 First and foremost, VanderGoot exposes readers to varied visual and verbal languages, concerns, and positions from unconventional sources. The result: an expanded disciplinary repertoire of case study projects. The chapters are like vignettes. They vary in length and reflect the author’s advice to seek “valuable outside counsel” from ecological sciences, forestry, atmospheric sciences, and landscape architecture. This freedom provides not only extra space for overlap between disciplines and exploration of buildings as examples of a forest aesthetic, but also of cultural and historical phenomena. It is an open format that resonates with the author’s domain independent thinking. 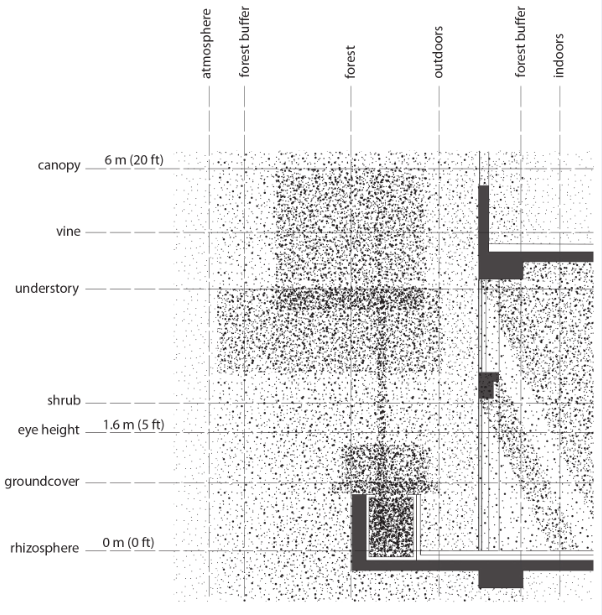 It is my personal belief that much of the collective power within the design profession resides in the mundane aspect of material specifications and the associated landscape impact they determine. Decisions made this way can lose sight of the broader implications they have. This is especially true in the urban space where most people practice. It is of specific importance therefore that VanderGoot’s project examples venture outside of familiar cityscapes and draw particular attention to the many stages of biotic materials from assembly to decomposition. 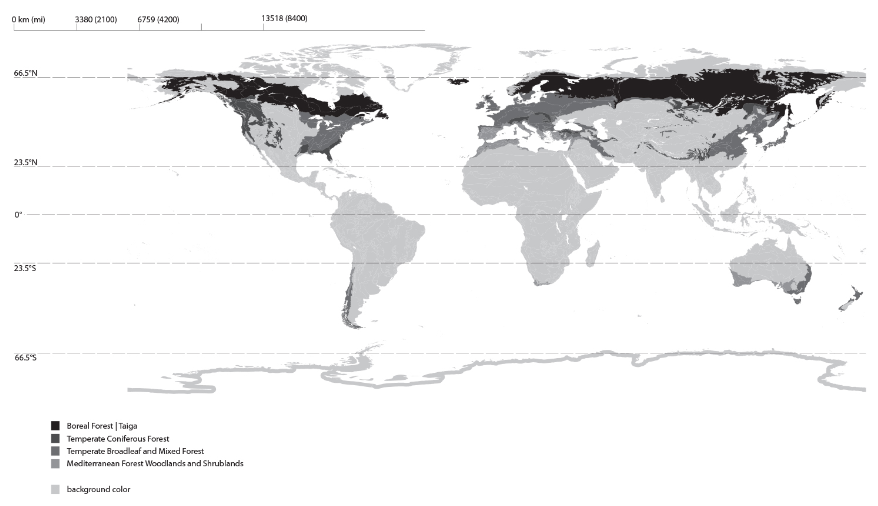 The narrative prose structured around seven “design tactics” crescendos by recapping the power of afforestation in Canberra, Australia. Digging through historical records, VanderGoot uncovers the coordinated intent and planning that transformed the location into the capital city. The process involved the establishment and prominent placement of a nursery and subsequent tree plantings, which framed the organization of future roads and avenues in addition to breaking the wind. This inversion of the typical construction process, which emphasizes the built form over the biotic, reflects the oft-ignored and undervalued benefits of vegetated, or in this case, “treed infrastructure.” Yet, to the surprise of government officials, when the citizens of Canberra were surveyed years later about long-term maintenance, they seemed to instinctively understand the performative and aesthetic contributions of the individual tree and the forest as a whole. The terminology put forth by officials was insufficient to capture the complex and evolving relationship between citizens and their environment. A disconnect existed in the choice of language. This is a provocative example of how a city-scale landscaping project awakened a civic ecological consciousness over time. It became a learned appreciation. There is a poetic and tangible beauty here. No longer dormant, this collective realization is the reciprocal acknowledgement of the forest and its trees’ decades long work—that no singular word can capture. 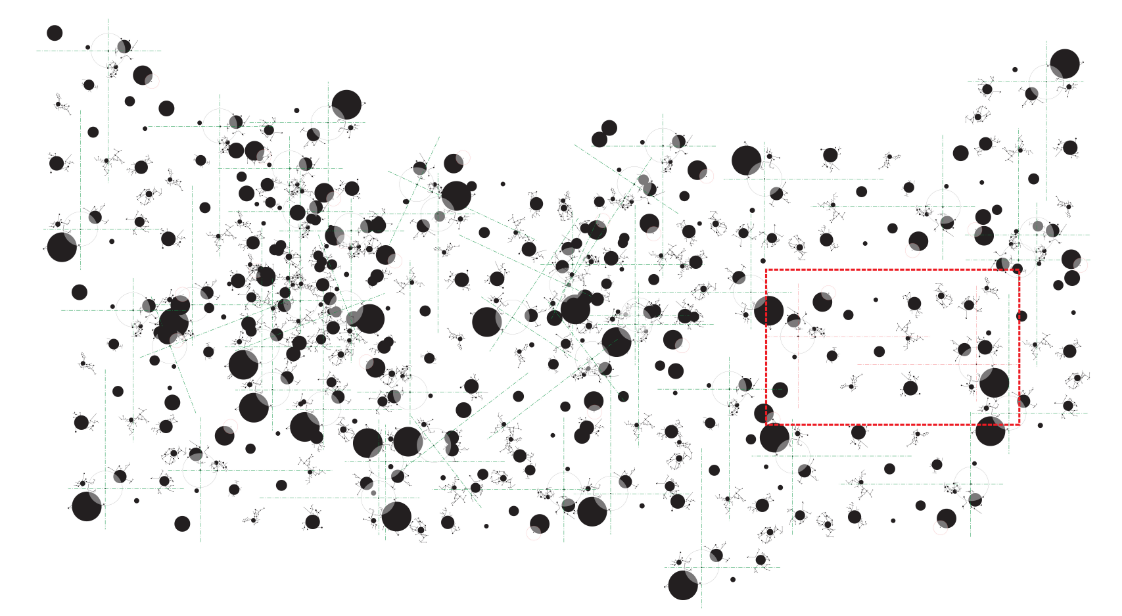 When you read Architecture and the Forest Aesthetic, you have no choice but to acknowledge the profound role the biotic plays in our understanding of the world—a world that is more irregular and more varied than the neat parallel lines from digitally aided precision that define a typical practice. Read this book to explore additional language, perspectives, and framing, and you will find inspiration for your own forest aesthetic practice.

Oliver J. Curtis
Oliver J. Curtis is a design professional who explores coherence among ecology, technology, and design. He consults with city officials, non-governmental organizations, and architecture firms regarding sustainability and building resilience best practices. Curtis is Adjunct Faculty in Information Design at the Boston Architectural College where he teaches landscape representation. Curtis received his Masters in Design Studies from the Harvard Graduate School of Design, having been awarded the prestigious Penny White research grant and the Center for Geographic Analysis H.T. Fisher Prize for mapping.