San Francisco-based designer Joanna Borek-Clement has envisioned these neuron cell-inspired, Sky-Terra skyscrapers to cope with the growing need for green urban space in Tokyo. The towers rise up to 1,600 ft above the street level and expand out until they reach the flat top plaza layer. These plazas offer many options and configurations, from public parks, greenbelts, playing fields, jogging paths, amphitheaters, pools, and bath houses. 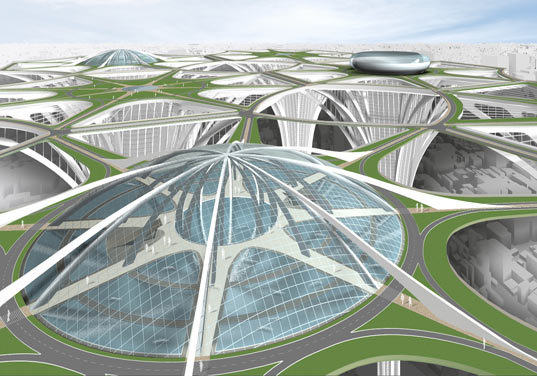 I have to admit that I was drawn to the concept of building a sustainable cloud city. But what about the pedestrian experience? Where is the connection to the street and the natural environment? And how can one get a sense of place? This idea is repeating a historical mistake. Take Le Corbusier for example.

“The desire to increase the amount of green space led first to the Garden City movement and then the Radiant City type designs of Le Corbusier and others. These movements advocated for “tower in a park” designs during the “urban renewal” era of city planning. These developments, commonly found in housing projects but also found in high-end residential and commercial developments, destroyed the street grid and strangled street life, leading to spookily desolate urban environments.” DMIBLOG

Via The Book of Jabe The City of Tomorrow, Radiant City 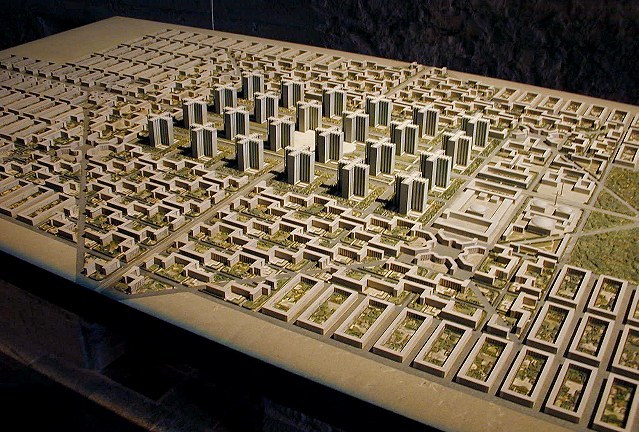 Via Tesugen Color Perspective, Radiant City – Where are the people? 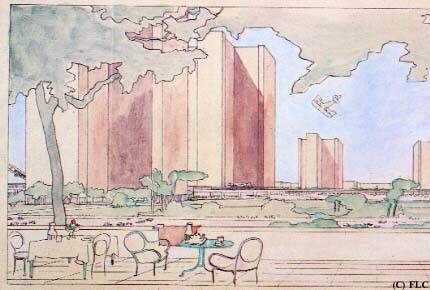 Via DMIBLOG Tower in the Park 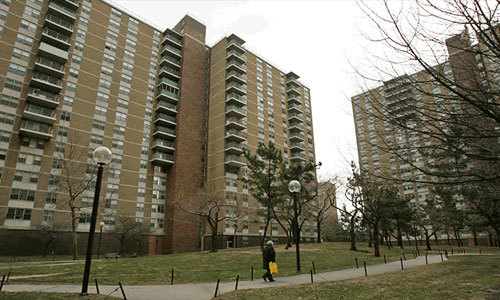