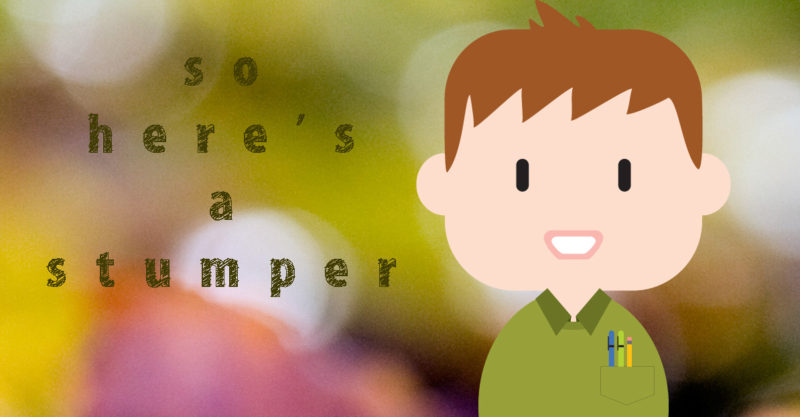 In the last three posts, I have been talking about networking – where to do it, ways to grow your network, and talking about one of the secrets to networking that few people acknowledge.  However, we should at least know why we’re doing all this, right?!  At the time of this writing, I have just walked in the door from a networking mixer.  The mixer wasn’t one of those super organized things where people pay to be a member and stuff like that, this group is more informal, all organized by one woman who knows a lot of people, and most of the attendees are individuals working for themselves or about to take that leap.  Among the many people I met tonight, these four stood out:

I came home with five business cards, and I probably handed out seven or eight.  I might call one or two someday, and I might not (I’m sure as heck not calling that photographer!).  Someone may call me, but not likely because they’re personally in the market for my services as a landscape architect.

So since very few of these people are my clientele, and none of them are prospective employers, why go?  Nevermind this event, why network at all when so much of what we do comes from a few narrow sources?  Below are a few reasons to network.  Reasons to meet new people, see if they’re someone you might want to keep in touch with:

What’s the worst that could happen?  You meet some new people and spend an evening shaking hands that don’t result in more work.  I know I’ve spent my fair share of evenings doing far less productive things than that. Whether you go to mixers or chat with random strangers on the subway, I hope you’ll keep the above five items in mind.

Next time I will be talking about networking for people who hate networking (like me!).  Got a great networking story?  Hate networking, and never want to do it, not ever, no way, never?  Let me know in the comments!