Yuanye or The Craft Of Garden is a great treatise on gardening done by Ji Cheng during the late Ming Dynasty around 1631. It is the first monograph dedicated to landscape architecture in the world.

Yuanye is composed by two Chinese characters, they are “Yuan” and “ye” and each means gardening and cultivate or educate. Combining them together, Yuanye means cultivating people to design and build gardens. Instead of giving step-by-step instructions, Ji Cheng summarized the Chinese gardening tradition.

The author, Ji Cheng was a professional gardener at that time, but he lived at a time when poor scholars had to entertain the upper higher cultivated class to get their appreciations and patronage for a living. As a result  this book is written in an highly archaic style with a great many of classic allusions to satisfy the upper cultivated readers.

In particular, the author emphasized  two key concepts for gardening- appropriateness and making use of scenery.  He also pointed out it was the designer rather than owners had the ability to create a great garden. Later on, the author seemed absent-minded as he was writing a prose about a grace garden rather than giving  instructions for gardening. Before continue reading his work we need to understand is the Chinese scholar’s unique romantic and literary personality and most importantly, it is the paradigm  to appreciate the Chinese Traditional Gardens.

According to his book, the layout of the garden is determined by the siting of the principal building. In addition, we need to take advantage of  the exiting grade, and it’s important to further heighten the summit and dig deeper the bottom for a more impressive sight. He also introduced a smart way to build an interesting tower- it is to build the tower on the artificial mountain so that it can be described as being both two stories and one story. From below, looking up, it’s a two-story tower; from halfway up the hill it will resemble a one-story building, but if you walk to the porch you will be surprised to find yourself standing on the second floor with a bird view of surroundings.

Here is a sketch to explain the mountain tower:

Much to our surprise, this book rarely mentioned any particular plant by name or type, instead he paid close attention to the architecture, an inseparable part of Chinese concept of gardening. He introduced and also drew a lot of different types of  non-structural features such as screen doors, windows, shutters and balustrades. 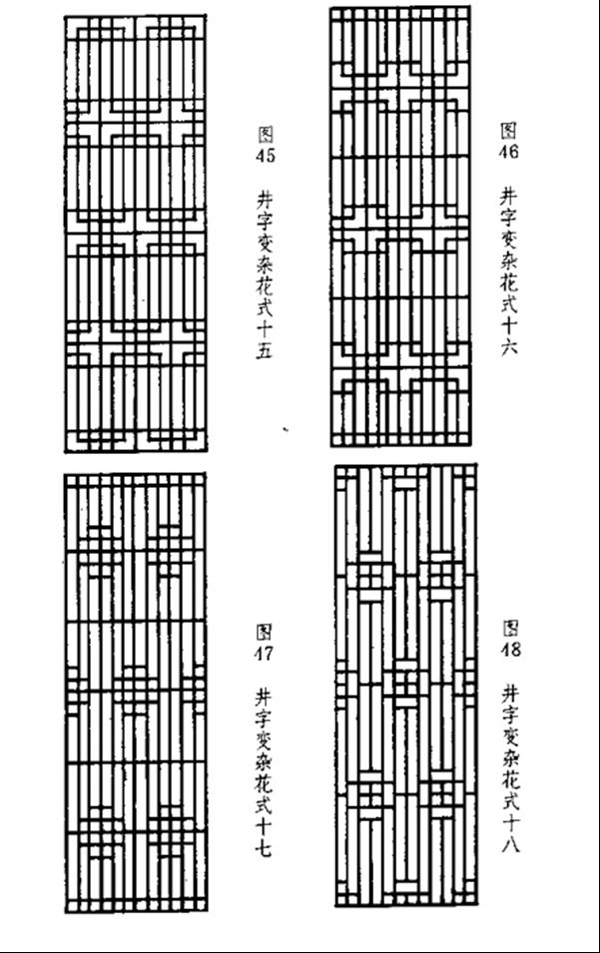 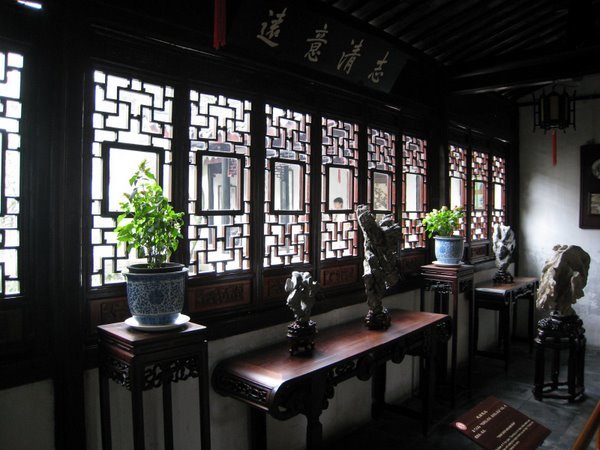 Patterns for windows on the wall for example(pictures extracted form Yuanye): 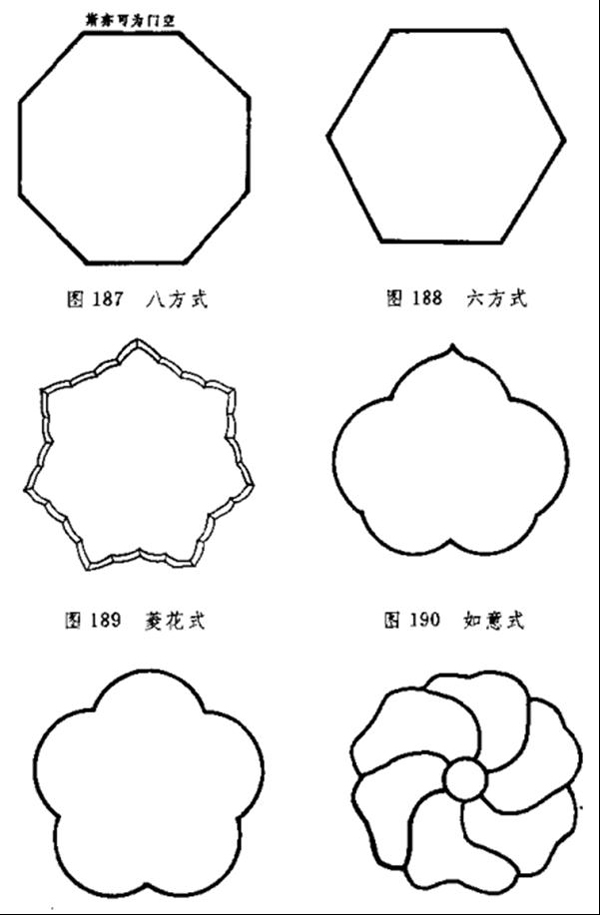 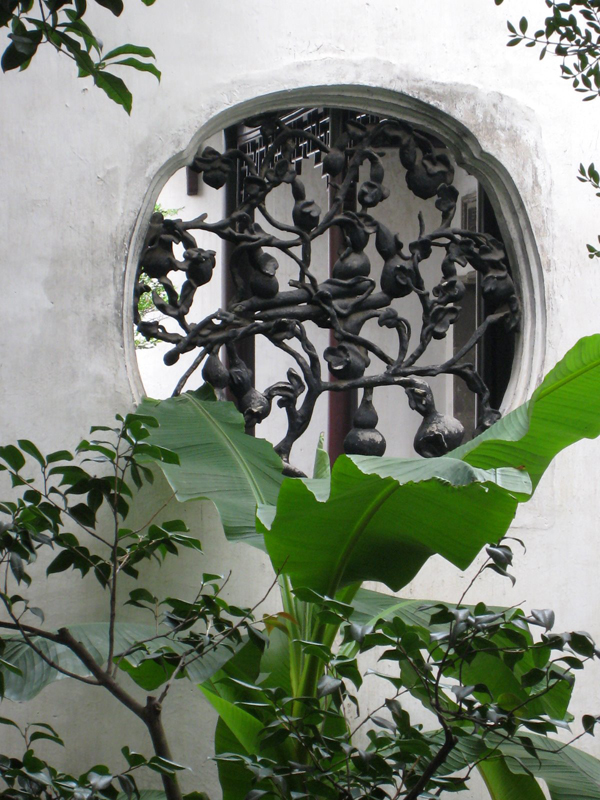 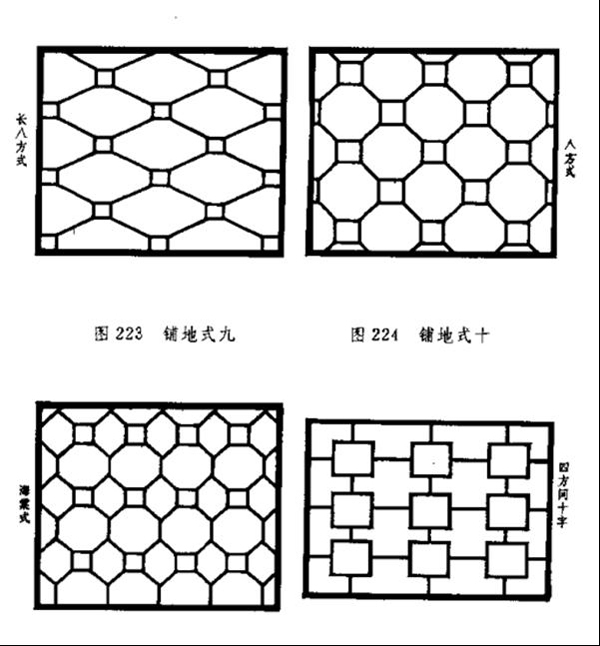 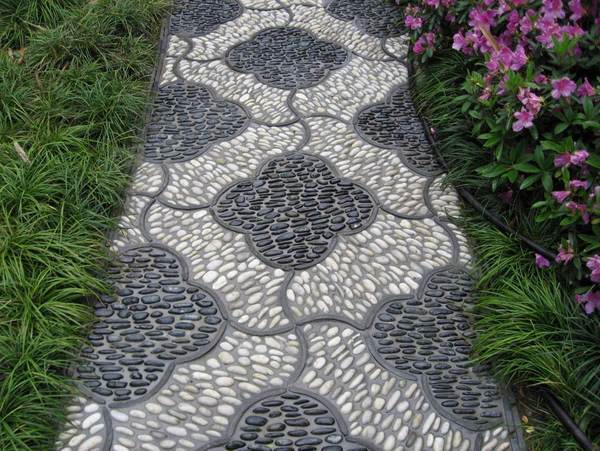 The following chapter is talking about raising an artificial rocky mountains (false mountains) and he introduced their types such as mountains in courtyard, mountains beside studio and mountains in the girl’s apartments. In order to select appropriate stones for gardening, he told us to be familiar with the types of tone and also presented their properties and functions. Basically, stones or rocks in Chinese Traditional Garden can be used to built artificial mountains and decorate miniature landscape, bamboo or trees.

One of the most important chapters of book I think is the “Making Use of Scenery ”, however, this chapter was translated as ”Making Use of Natural Scenery” in the book “The Craft Of Gardens, Yale University Press”. “Making Use of Natural Scenery” indicated the importance of making use of natural scenery such as mountains, streams or groves although, forgetting to point out making use of the scenery already built in the garden- in other words, the landscape inside the garden can make use of each other. Pavilion for example, siting there with a sight of blooming floating flowers on water; similarly, it’s also a nice sight of the pavilion on the bank from the boat .

After all, Yuanye is possibly the first general manual on Chinese traditional gardening, and it recorded the both design and construction traditions which would be a valuable source for the later study of gardening at that time.