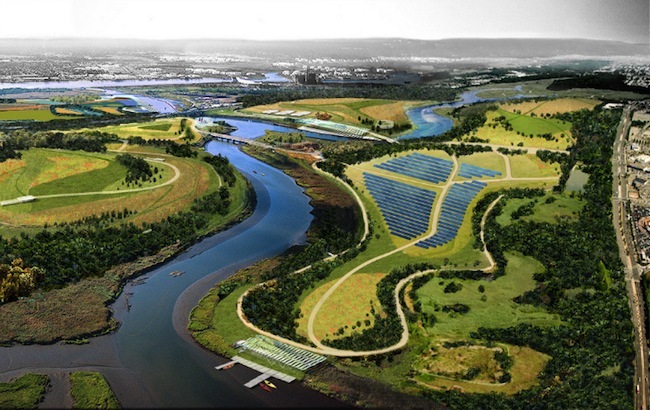 The solar installation would be capable of generating up to 10 megawatts of power – enough to run about 2,000 homes. According to a statement by the Office of the Mayor, the solar array will double the City’s current renewable energy capacity. The renewable energy investment is also part of the PlaNYC initiative, NYC’s long-term sustainability blueprint to cut down on greenhouse gas emissions.

From the press release:

“Freshkills was once the site of the largest landfill in the world. Soon it will be one of the City’s largest parks, and the site of the largest solar power installation ever developed within the five boroughs,” said Mayor Bloomberg. “Over the last twelve years we’ve restored wetlands and vegetation and opened new parks and soccer fields at the edges of the site. Thanks to the agreement today we will increase the amount of solar energy produced in New York City by 50 percent and it is only fitting that Freshkills, once a daily dumping ground, will become a showcase urban renewal and sustainability.” 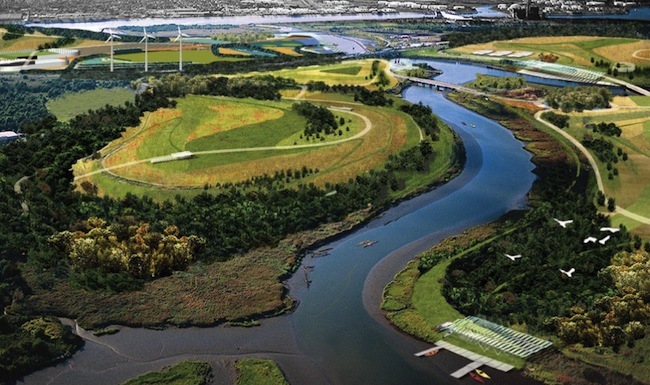 Fresh Kills Park represents a 30 year process by which New York City plans to change a massive collection of it’s own refuse into a rolling landscape equipped with ample active open space adjacent to one of the densest places in the modern world. The plan consists of 6 phases that outline both the process of trash decomposition and management as well as the establishment of staged plant communities.

You can read more about the history of this park’s development here.