Have you heard of Splashpads? Have you ever used one, what’s it all about? Across the world Splashpads are becoming an increasingly popular amenity.  “In North America, Splashpads have been at the top of the list for planned additions at facilities of all kinds for several years running” (Recreation Management 2011).  It is no surprise that many have been constructed, as there are significant benefits associated including: the ability to support a healthy lifestyle, the ability to enhance “family well-being,” the ability to provide safe and sustainable play environments, and the ability to substantially lower recreation costs, over an extended period of time. According to studies, declining levels of play, which have more than tripled since the 1970s, have led to soaring obesity rates among kids aged six to eleven (Ogden 2002).  Splashpads, undoubtedly, can be part of the solution since they improve physical, cognitive, and social health.  Moreover, Splashpads serve as venues where kids can engage in the recommended sixty minutes of moderate to vigorous play everyday (Stanford School of Medicine 2007).  While engaged they bolster their “family well-being” and connection to communities.  Evidence from recent research outlines the parallels to play and families.  Parents agree that play allows their children to learn and grow while providing parents a relatively stress-free experience and time to relax (Foresters and KaBoom).  Yet, parents may ask, are Splashpads safe? 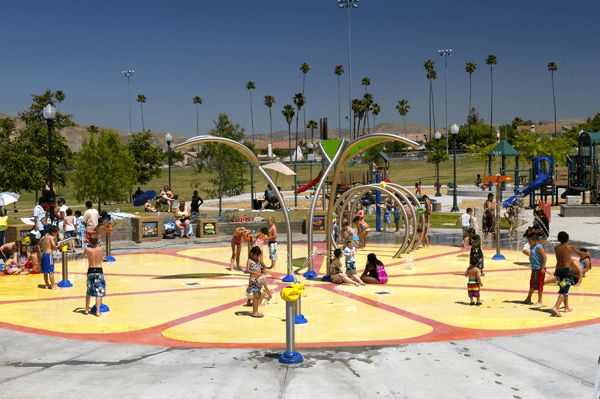 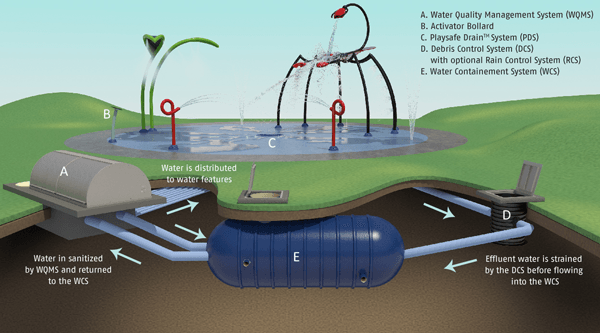 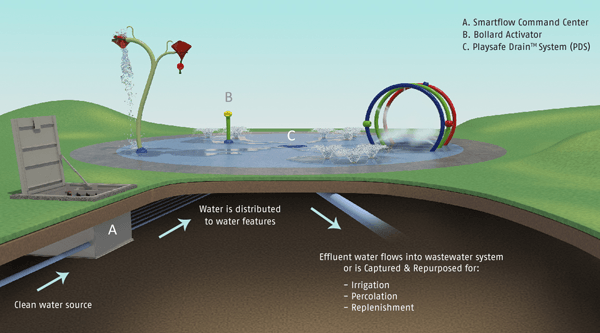 Splashpads have the capacity to earn LEED credits and bear positive life-cycle costs.  Potential LEED credits are awarded in the categories of: Sustainable Sites, Water Efficiency, Energy and Atmosphere, and Materials and Resources.  Furthermore, the life-cycle costs of installing a Splashpad are desirable as they present: low maintenance costs, low or no staffing costs, low water costs, and a high durability. Case studies highlight the benefits previously discussed.  Parc Safari, located in Hemmingford, Quebec, Canada is the site of a zoo, but it also has a Splashpad.  This facility serves as a mixed-use family entertainment attraction and improves the experience for its core customers, families with children under twelve, which keeps them coming back during the summer months. 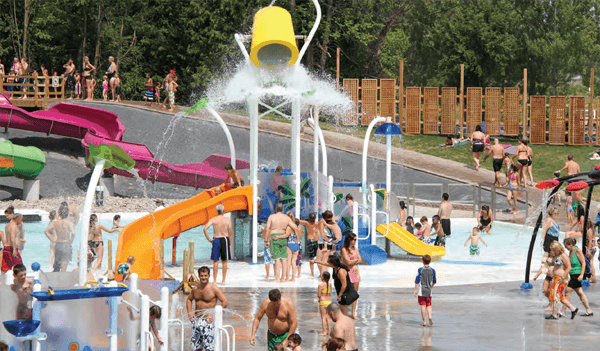 Traveling south, Give Kids the World Village, a development in Orlando, Florida, is a 70-acre universally accessible, non-profit destination for children with life-threatening illnesses.  Here families share laughter and joy, while enjoying life-lasting memories.  Splashpads meet the needs of all developmental levels and center around inclusive play.  Both case studies demonstrate the range of applications in which Splashpads can be advantageous to their users. So, what is the next wave in Splashpad development?  Perhaps, informal play aligns with Splashpads and redefines the way both elements are experienced.  Informal play allows children to create and manage themselves, embedding an emphasis on cooperation, fun, and independence (Gray 2009). Pop-up Play Shop located in Cardiff, Wales, UK converts vacant storefronts into inclusive play spaces for all ages.  This action has created clusters of shared activity and acts as a hub for an exchange of ideas.  The shop features an open space where everyone can converge and engage in play with safe, recycled materials. The users and staff shape the space. 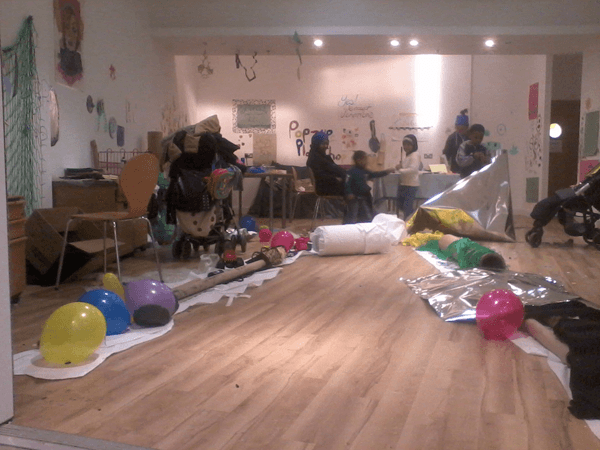 Similarly, Pop-up Playground in Buffalo, New York, “empowers kids to use real tools and real materials to create a “play ground” of their very own” (Kuebler 2012).  A group of about twenty kids and fifteen adults played on a Saturday in June, reimagining the uses of tubes, tires, pipes, and wood.  Together they developed a teeter-totter from sewer pipes and wood.  In addition, they communicated through a thirty-foot long tube.  The kids were challenged, yet they stepped up and learned a thing or two about creativity, teamwork, and communication. Just envision how informal play could change the dynamics and complexion of Splashpads.  Complementary to the Pop-up Play Shop, Splashpads could fulfill the need of underappreciated space such as parking lots.  A Splashpad Play Street could use water, tarps, buckets, tires, and tubing to develop a temporary, informal play setting.  Today, only one in five children in the United States lives within a half mile of a park or playground (Center for Disease Control and Prevention).  Informal play could improve the access to play and, in essence, amend the play deficit issue.  After all, play leads to smarter, happier, and healthier children and families.  “If play is not made a priority, we will continue to see a decrease in creativity and imagination, as well as vital skills including curiosity, social skills, resiliency, and the ability to assess risk (Golinkoff 2006). 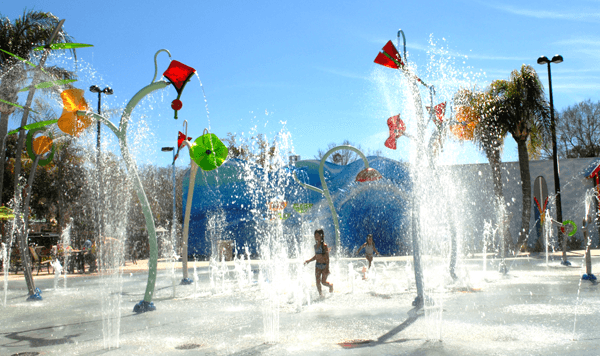 Consider the children without immediate access to play.  The implementation of Splashpads and informal play would be a logical starting point to remedy the play deficit issue.  Both amenities would strengthen the overall experience, support a healthy lifestyle and a strong, well-connected community, promote safe, sustainable play ecosystems, and yield affordable life-cycle costs. With decreasing budgets, cities and towns are prompted to become more creative with less.  Perhaps informal play in context with an established Splashpad or a Pop-up Splashpad park located in an underutilized public space can remedy the issue of play deserts. A special thanks to Randall Soutter and Patricia Rotschild at Vortex— all of your guidance throughout the development and writing process is much appreciated. Article written by Brett Lezon