In 2011, the term “infographic” was added to Webster’s English Dictionary and solidified a popular movement to increase the visual expression of data for the general public. Before and since that word has been either praised for simplifying information or derided for overcomplicating or obfuscating for the sake of a graphic. What we all can agree on is that the best infographics are well thought out and present a clear message. Strategy and planning are important keys to the success of a graphic.
Infographic Designers’ Sketchbooks by Steven Heller and Rick Landers is the first publication to show the process that leads up to the creation of infographics. It features 73 case studies that show a wide range of both data and mediums. The projects range from your common “magazine-style” data presentation to some unexpected places.
Infographics have been around since the 19th century, however, it is only in recent decades that the art of data visualization has been rigorously geared toward the general public’s consumption. The internet provides an endless medium that has spawned both an opportunity for good design, as well as a wealth of less than useful examples. Infographics Designers’ Sketchbooks seeks to show how the best and most innovative people work toward a finished product. The process is often messy and less than polished – with various ideas tested and refined. The book offers a glimpse into the working mind of a designer rather than only presenting you with the finished graphic. What we learn is that, often, the process is just as interesting as the product. 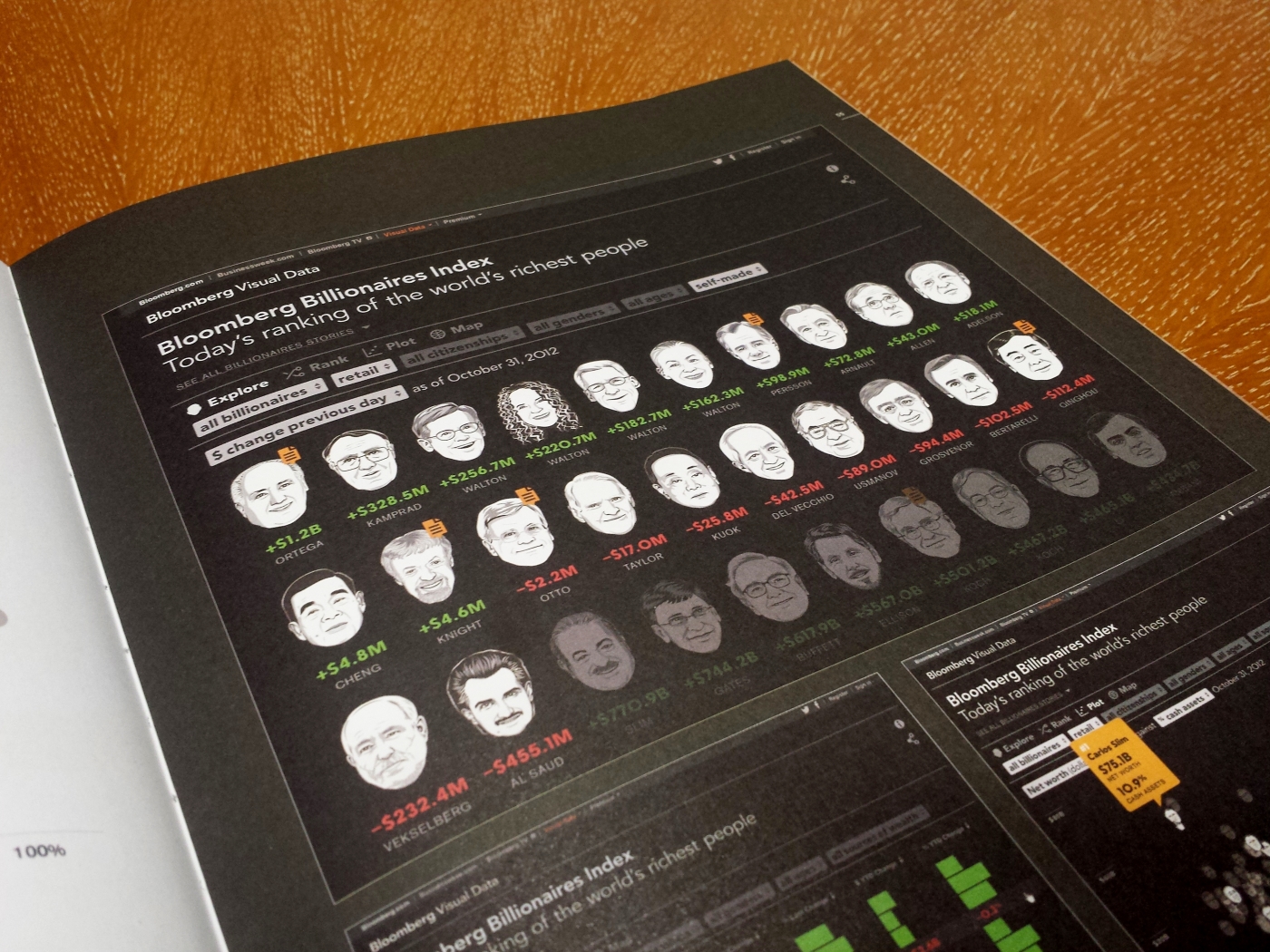 Christopher Cannon of Bloomberg Visual Data grapples with massive amounts of data. He employs a stark style, often with just a few colors, to emphasize contrasts in data. Because the data is usually displayed online, tables become interactive presentations that users can highlight, reorganize, and explore on their own. 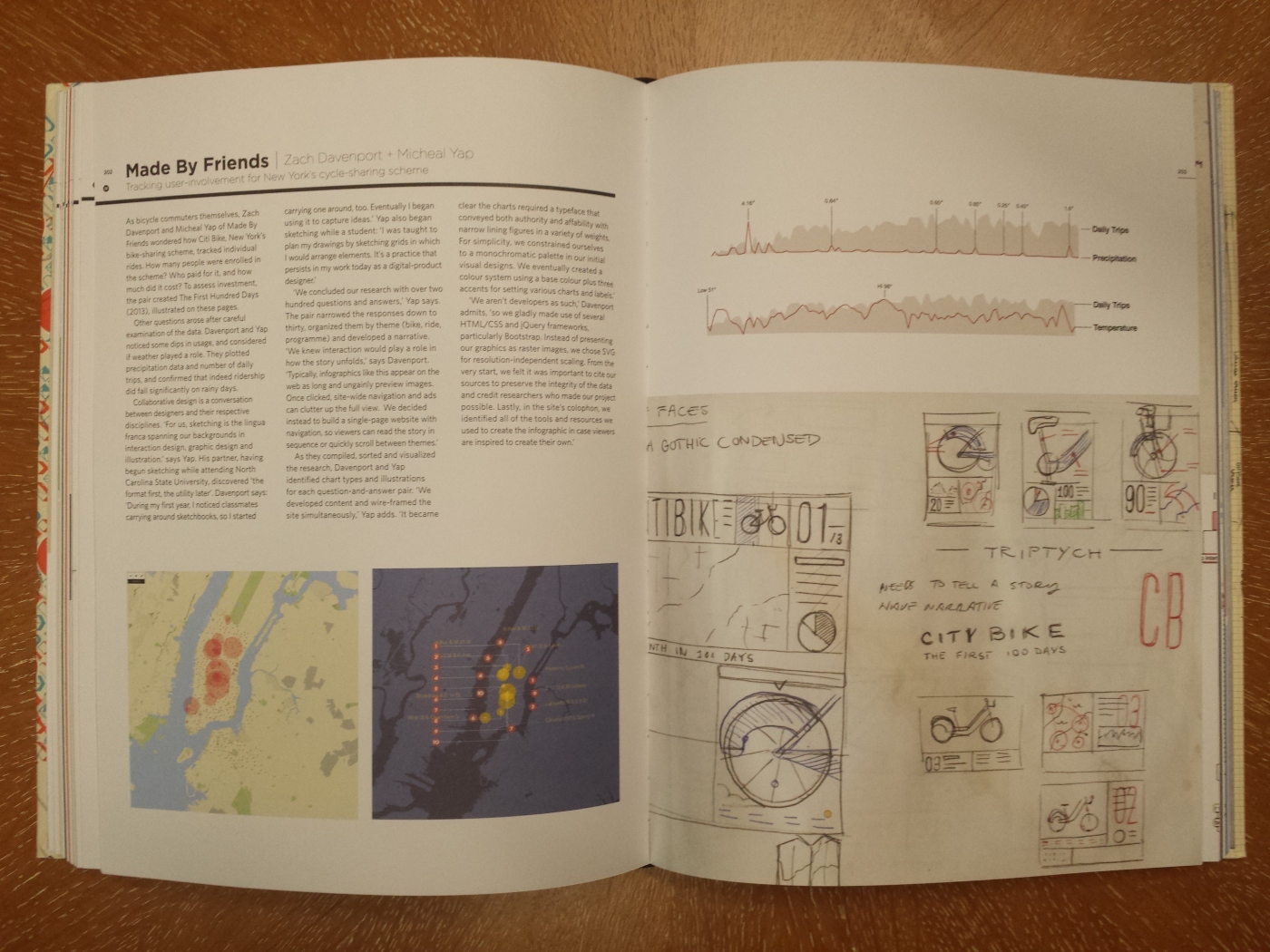 Zach Davenport and Michael Yap were interested in how New York’s new bike sharing program, Citi Bike, was being utilized. The amount of data they gathered was staggering, a fact that is less apparent in the clarity of the resulting diagrams. From the onset, the pair storyboarded how the resulting graphics would look in a presentation, regardless of what the actual data was showing. This provided a framework to curate individual points they wanted to make about the data they found. The result is a very legible infographic. 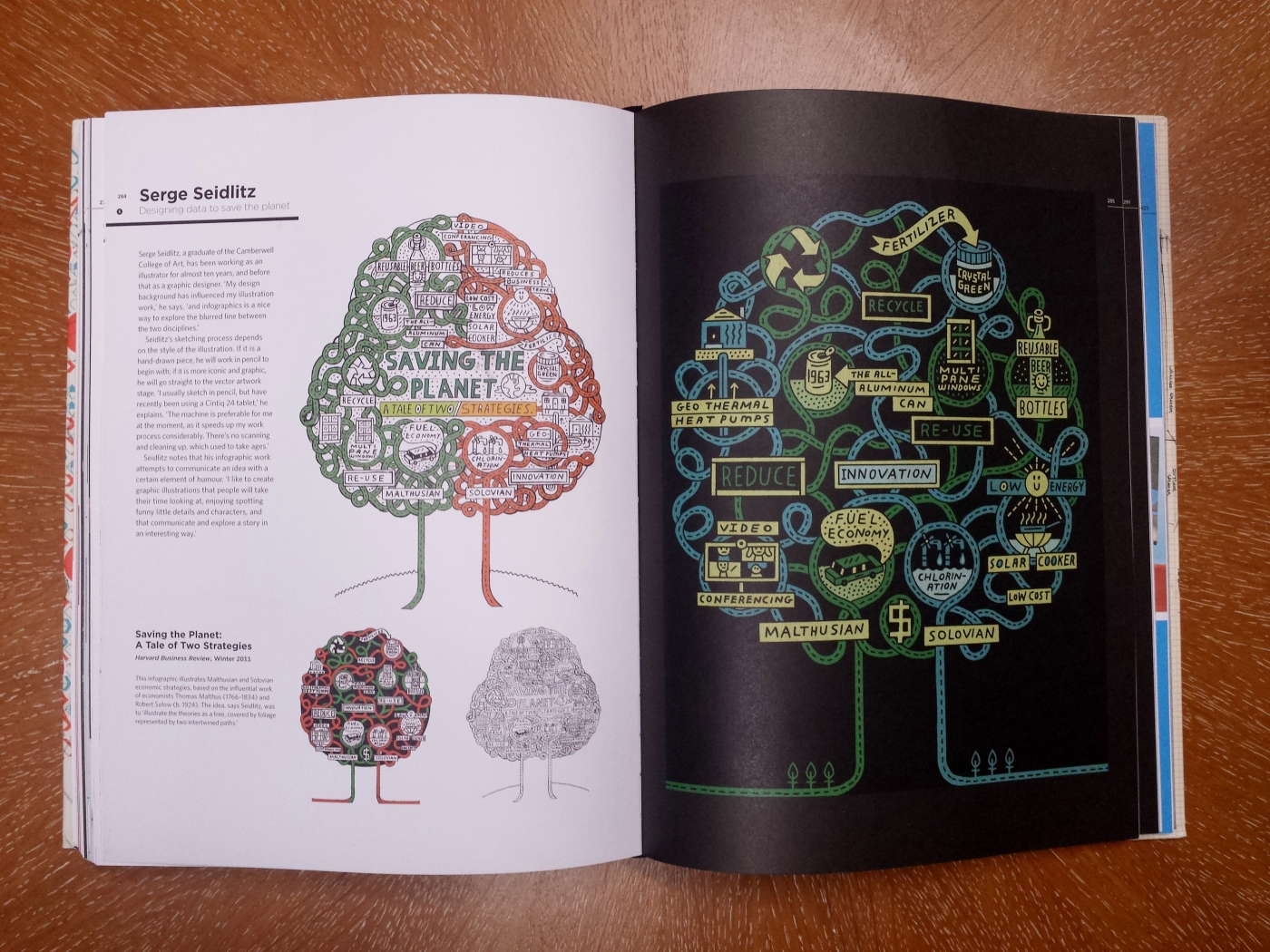 Serge Seidlitz is a former designer turned illustrator that represents information in a vastly different way than the two previously mentioned designers. His illustrations are whimsical and less reliant on data. His goal is to convey an overall idea at first glance while also breaking down the many facets of that idea. The work that is shown in Illustrators often takes one large form and breaks it down into individual points of information.

I found Infographics to be particularly useful in reflecting on my own process of graphic representation. Often, landscape architects are required to create seemingly simple diagrams to relate their process to clients – many of whom are not designers at all. One level of explanation is in the design’s final state. Another, arguably more important, are in the other layering elements that comprise the project. Program, circulation, ecology, etc need to be considered and related in a manner that all can understand. Architecture is for people, after all – even those that may never fully understand  the complexities of your design. Infographics reminds us that even the smallest diagrams deserve thoughtful consideration and that there is a careful balance between too much and too little information.

One caveat, I will say, is that the book is image heavy. Many of the sketches are very interpretive, with maybe a sentence or two to describe the thought process behind them. That being said, it was a feat to gather all these process pieces when most designers may have just thrown process out. Some examples could have had a little more explanation. 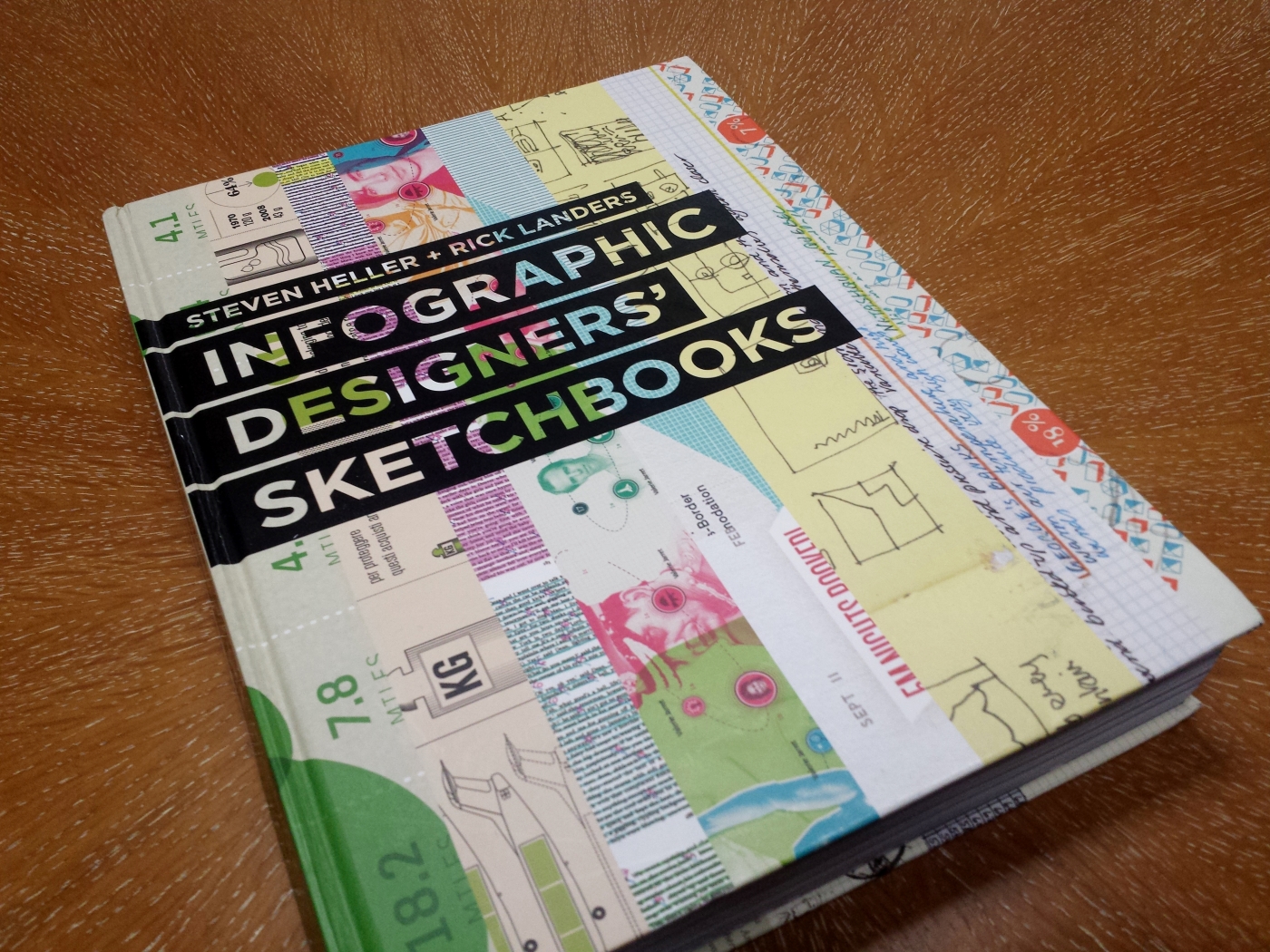 The physical book is large and does a great job of presently rough and, some would say, “ugly” sketches in an attractive manner. The are numerous and varied examples which made leafing through it a fun task. Inevitably, some of the final products may not be to one’s taste, but the sheer number of entries will surely provide you with no loss of inspiration. Thick, full-color pages make the quality of the read enjoyable.

Looking for other great resources for your design library?
We’ve curated a whole library of essential Landscape Architecture Books >>

ABOUT THE AUTHORS
Steven Heller is the co-chair of the MFA Design Department at the School of Visual Arts and the author of many books on graphic design, including Shadow Type and Typography Sketchbooks. Rick Landers is a founding partner and co-creative director of graphic design studio Landers Miller Design.
Infographic Designers’ Sketchbooks is available now through Princeton Architectural Press.
Published in Blog