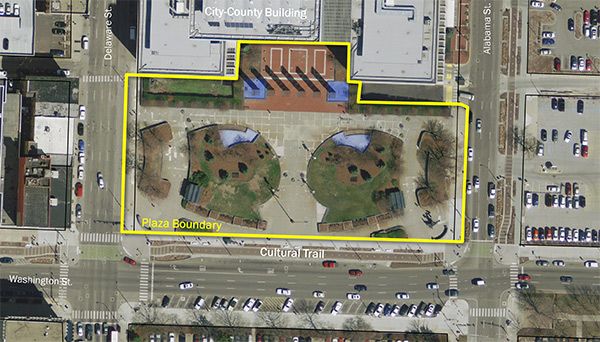 Prize money The design team whose winning design is selected will receive 15,000 USD (2nd Place – 7,500 USD; 3rd Place – 2,500 USD) and will then be the preferred professional services provider for a full engineering/design contract (upon obtaining available funding) with the Indianapolis-Marion County Building Authority (IMCBA). This competition is a two-stage competition. During the first stage (due May 28, 2014), minimum qualifications from design teams will be requested. The second stage is the design submittal (due August 27, 2014). 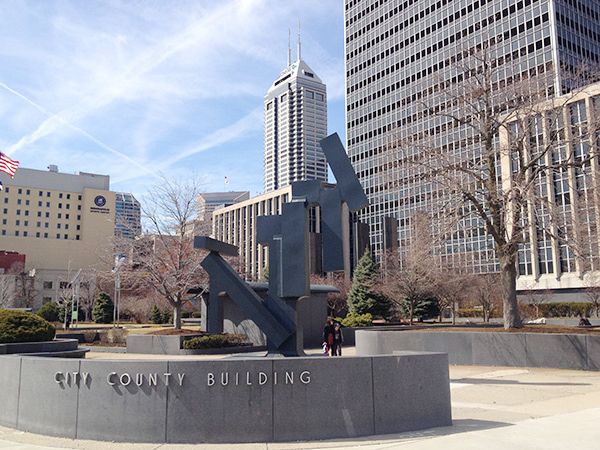 Why Indianapolis? As a city known for its racing, Colts football, and Midwestern hospitality, Indianapolis (Indy) is amidst an urban renaissance. Once blighted neighborhoods are flourishing, apartments are being built, shops, restaurants, and bars, are emerging and the best part—people are moving downtown! 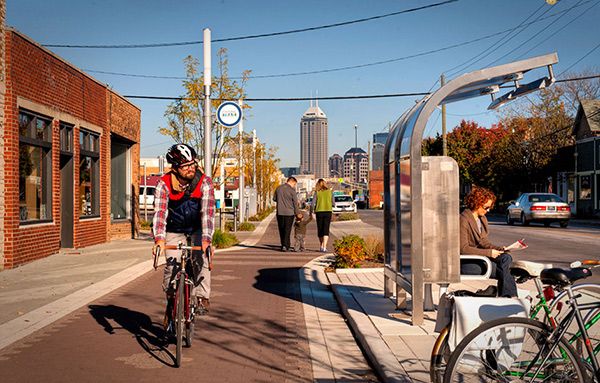 However, perhaps the most exciting addition is the Indianapolis Cultural Trail, which is an 8-mile urban bike and pedestrian path that links neighborhoods, cultural districts, and entertainment. In addition, the Indiana Pacers Bikeshare program, which launched April 22, 2014, consists of 250 bikes and 25 stations, and is located near or alongside the Cultural Trail. Why Enter the Competition? The CCB Plaza Design Competition could not come at a more opportune time! As the City of Indianapolis moves towards the establishment of Market East , which features a new 500 unit multi-family development, a 300 unit luxury apartment tower, a transit center (south of the CCB Plaza), and a new distribution headquarters for Cummins, a Fortune 500 diesel company. Indy’s Design Vision The CCB Plaza is a regional destination experience that encourages people from all backgrounds to stay, play, and enjoy, a fun and interactive space for 365 days a year. The new CCB Plaza should serve the residents, employees, and visitors from Market East and downtown Indianapolis. The space should be flexible enough to draw in a young family as well as a retiree. This space should be mentioned in the same breath as other popular urban parks including Millennium Park (Chicago, IL), Jamison Square (Portland, OR), The Yards (Washington DC), and City Garden (St. Louis, MO).

Looking ahead As a frequent visitor to Indianapolis, I’m curious to see how the competition unfolds. With all the recent national exposure the Indianapolis Cultural Trail has received, I’m eagerly awaiting that moment when the City-County Building Plaza gets its press and the jury announces the winner. Below: View our Slideshare for more pictures and details
Don’t waste any time, follow this link to download the complete briefing booklet. Content adapted by Brett Lezon Feature image credit: City of Indianapolis
Published in Blog