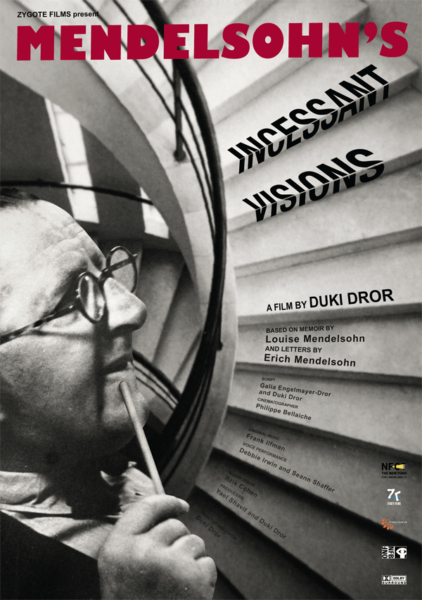 How much do you know about the lives of those affected by the events leading up to and including World War 2? How about those who helped develop some of the most important design movements of the 20th century? Keep reading for your opportunity to win a DVD exploring these issues…….. Erich Mendelsohn, an architect whose career spawned alongside contemporaries such as Walter Gropius and Ludwig Mies Van Der Rohe, produced some of the most spellbinding works while in the face of danger.  From producing architectural sketches in the trenches of the First World War, to escaping persecution in Nazi Germany.  After returning from the frontline, Erich Mendelsohn soon became the head of Germany’s then largest architecture firm.  However, as tragedy was rife in Mendelsohn’s life, this situation did not last.  In 1933, with the rise of the Nazi government, Mendelsohn was stripped of membership from the Architects Union, his assets seized, forcing him to relocate to Holland and again to Britain, fleeing the expansion of the Third Reich. Mendelsohn’s life and work is now the subject of a new film, which we have been lucky enough to receive 4 copies of to give away! 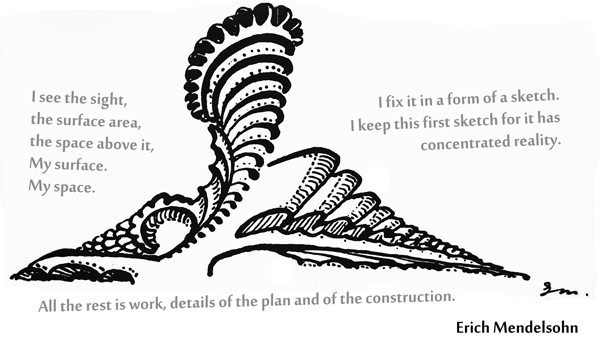 “I see the sight”

Mendelsohn’s work is littered across cities from around the world, the physical manifestations of his creativity marking his path to freedom, his escape from persecution, which saw him and his wife flee from Germany, to Holland, England and Palestine, before settling in the USA in 1945 until his death in 1953.  Mendelsohn’s work is reflective of the time, forming a reciprocal influence with the Bauhaus and Modernism movements. His designs representative of expressionist architecture, with a strong focus on dynamic functionalism, echoing the principles of Bauhaus.   Mendelsohn’s most famous works include The Einsteinturm, Petersdorff department store in Wrocław, Work hall of the Herrmann hat factory, Luckenwalde and The De La Warr Pavilion, England.  All of these projects demonstrate Mendelsohn’s use of light, organic shapes and unity. 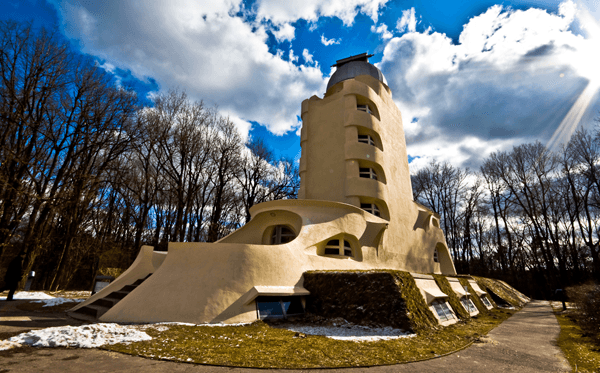 From Duki Dror, comes a film that documents the life and work of Mendelsohn, a visionary, whose work has been described by Albert Einstein as “organic”, in specific reference to The Einsteinturm in Potsdam, Germany.  The documentary studies not only the work and importance of Mendelsohn to architecture, but the relationship between him and his wife Luise, which endured much hardship, yet inspired them both.  Dror explores the work of Mendelsohn through the comparison of his work with contemporary projects, with the aid of interviews with architects influenced by Mendelsohn’s work.The film is beautifully put together, exploring the architectural and cultural movements of the time, while also acting as a biography of the troubled architect.   Don’t miss your chance to win a copy, courtesy of LAN!  This is undoubtedly a snapshot of a turbulent point in history, but also the origin of vital movements in the field of art and architecture; the arts and crafts movement, modernism, the opening of the Bauhaus School and its subsequent exile from Germany.  A history of tragedies, yet this film documents the endurance, determination and triumphant character of those caught in the crossfire of war and persecution, especially Erich Mendelsohn.  Read on to find out how you can land your hands on a copy of the film! 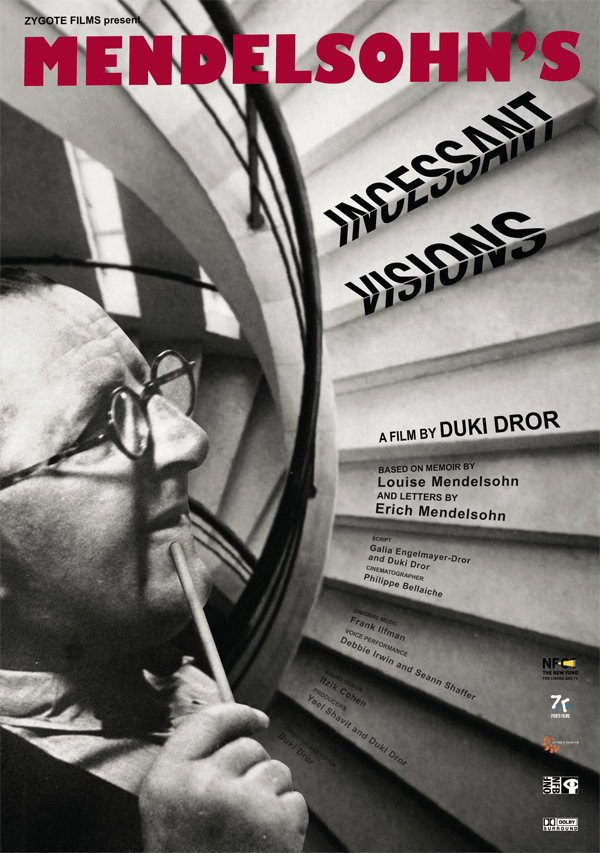 Mendelsohn’s Incessant Visions is a celebration of art, architecture, love and the human spirit.  This is a must watch for all lovers of architecture, design and social history. Here at LAN, in association with the filmmakers, we are offering a giveaway of “Mendelsohn’s Incessant Visions”.  If you would like to win one of the four copies of the DVD that we are giving away, please comment below telling us which is your favorite Mendelsohn building, winners will be chose by chief editor Joe Clancy. Links: Duki Dror, Filmaker/Director: https://www.architectmovie.com/filmmaker.html Israel Art & Architecture: https://www.facebook.com/Israel.Architecture?fref=ts Article written by Joe Clancy Enjoy what you’ve read! Support us and pick up one of our awesome T-shirts today, Click the link