Malešický Park was created on the Malešický hill in the mid 1960s along with the Malešice housing estate in the tenth district of Prague. It is the largest park in this district and one of the larger green areas in the city. After over 50 years of existence, revitalization plans were announced in 2008. However, to begin the implementation of the new park, citizens had to wait until 2011 when the City of Prague managed to obtain European Union funds.

Ultimately, the revitalization was aimed at rejuvenating the degraded areas of the housing estate, which lost some of their original function and purpose. Additionally, the park was in a poor condition and wasn’t improving the quality of life of the local inhabitants. The main purpose of the park’s renovation was to create a modern, green recreation center. Furthermore, the plans also included reconstruction of the road, installation of an irrigation system, insertion of benches, construction of playgrounds, social facilities, as well as areas for dogs. However, its implementation encountered several initial difficulties. 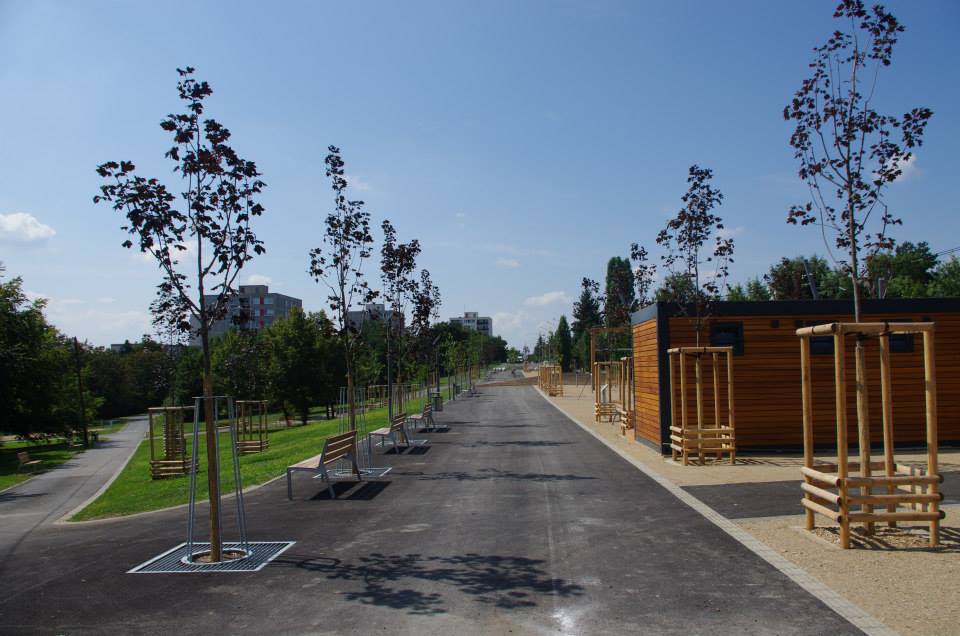 Dispute Over the Wall

The revitalization process began with the demolition of a brick wall, standing near one of the park entrances. This action triggered unexpected opposition from the residents despite the poor condition of the wall. Inhabitants initiated a project aimed to design a new wall to commemorate the symbol of the place, which was associated with many of their memories. At the end of October 2011, residents lit candles in the shape of the damaged wall. After three years of waiting, a new wall in a modern version (with inhabitants’ handprints) was built in the newly renovated park in 2014. 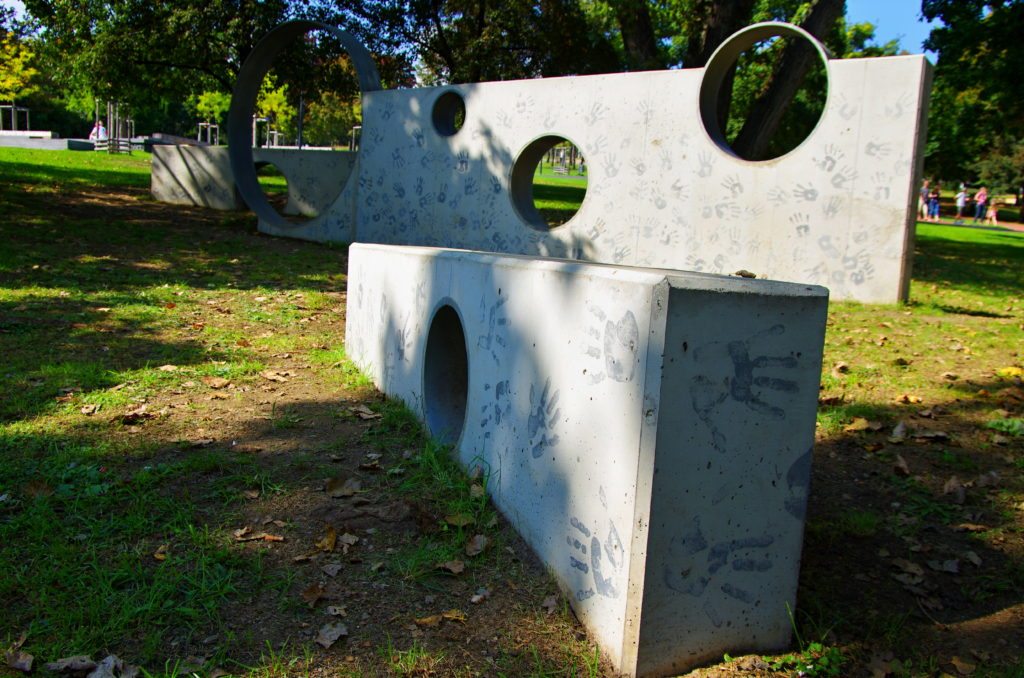 The harmoniously designed park is interwoven with a clear network of roads. Their structure creates smaller, logic, and interconnected circuits. Thanks to the fact that the park is located on a slope, it was possible to create decorative cascades from the entrance side as well as designated play areas with water in the center.

The park is also home to various metal elements and sound toys, such as a whistle swing or stone harp. An imaginary center of the park is in the crossing of the main axis of the park, distinguished by a paved square. Its significance is emphasized by a sculpture, ‘The Rusty Flowers’ by Čestmír Suška, made of pressed steel gained from Malešický’s scrapyard. 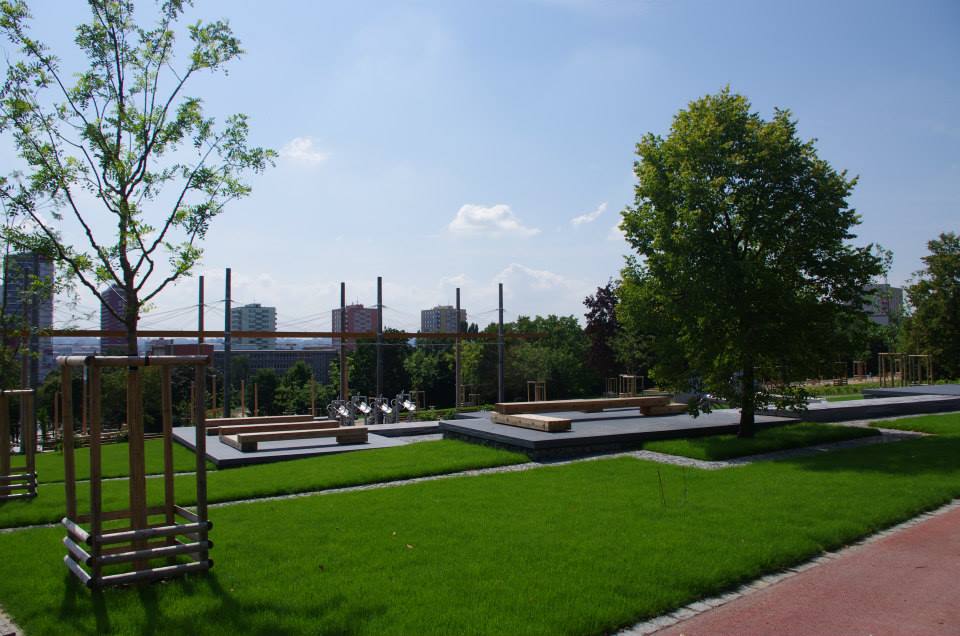 For Young and Old

The park is intended for both relaxation and recreation. The space offers countless possibilities from peaceful walking routes to special tracks for inline skaters and cyclists. Visitors will also appreciate the social facilities and the increased number of trees as 366 trees were planted.

Entertainment is provided for all ages through various games and dedicated exercise equipment. To make it even more inclusive, the designer didn’t forget about man’s best friends, and the park has two arcade playgrounds for free-running dogs.

One of the biggest attractions is a playground whose focal points are various water play devices for children in different age groups. One worth mentioning is a Forest Fountain in which water cascades over natural stone terraces and large steel spirals allowing water to flow from one level to the next. 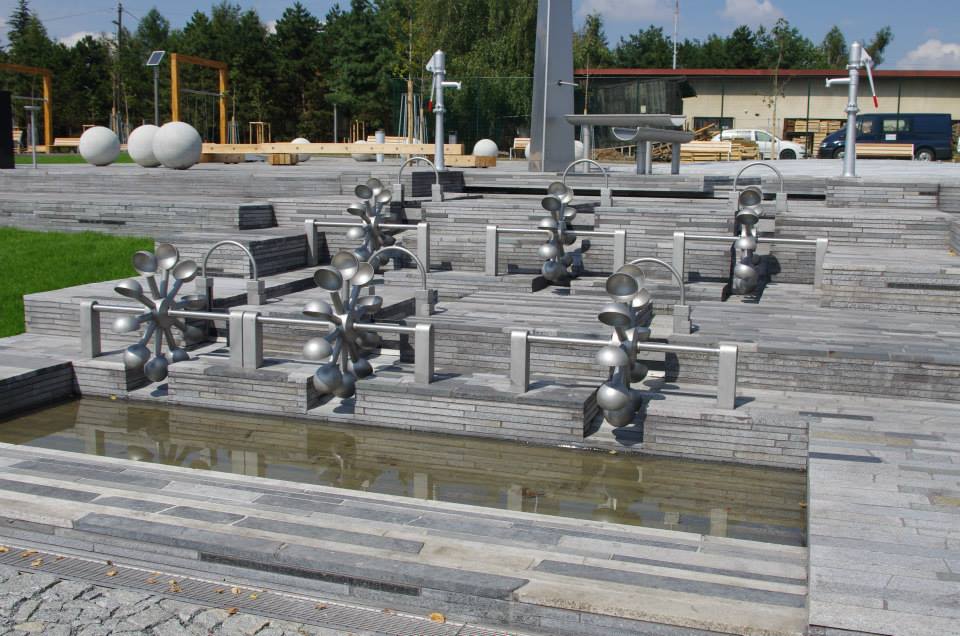 There is also a large disc that looks like a snail shell that can be used to transport water, sand, and gravel utilizing Archimedes Screw. Here children can experience spatial and sensory effects and also learn and explore different physical processes.

The equipment was adapted based on public discussions as part of the project ‘Together we change Prague 10’ (‘Společně měníme Prahu 10’). As a result, 320 new benches and 60 trash receptacles were built. Several attractions have explanatory text, which gives children an opportunity to learn about the functionality of individual elements.

The most popular attraction is perhaps the playground with water play elements, giant rope nets, a place for playing petanque, acoustic devices, and a large pergola with a view of the area.

Part of the park has been adapted to the needs of disabled and older people due to the age of Malešice residents. Moving around the main routes is not a problem for people with disabilities. For older people there are specially prepared benches for exercise and also a special senior park that has been designed to accommodate access for visitors in wheelchairs.

There are also carousels, swings, and other features in the park that can be used by children in wheelchairs along with barrier-free playgrounds, handicap accessible toilets, and parking. In addition, part of the Malešice guesthouse is reserved for people in wheelchairs. 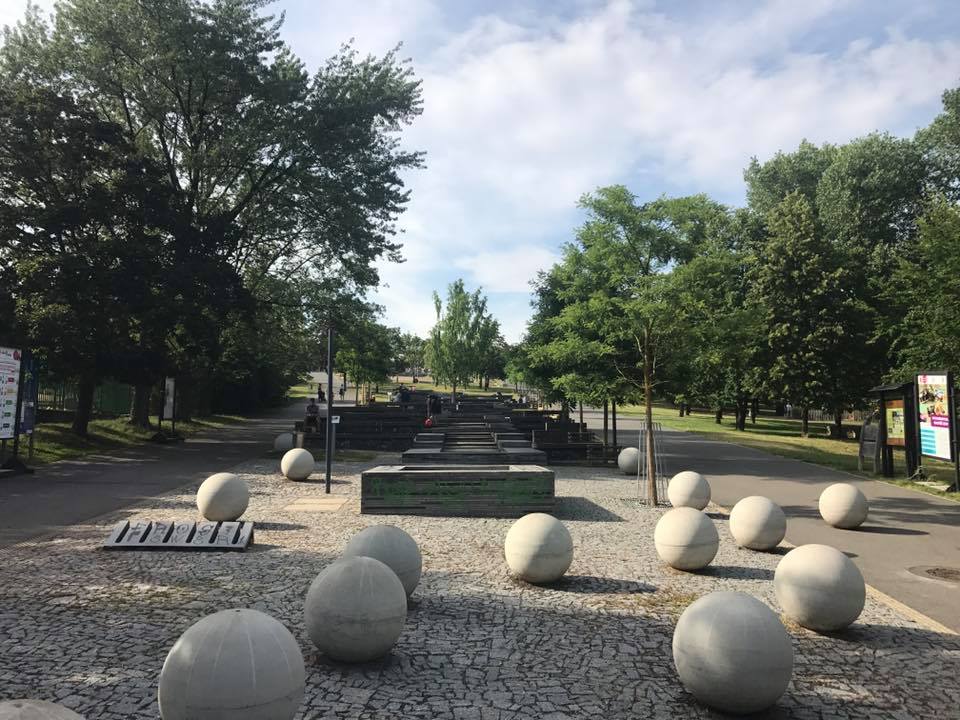 The designers wanted to demonstrate several important principles of a gentle approach to the environment. Therefore, the project uses the contemporary idea of “waste architecture” by utilizing recycled materials and those that can be reused.

The park is illuminated by LED lamps with minimal energy consumption partially obtained from solar energy as well as wind because there is also a tall, wind-rotatable mast. 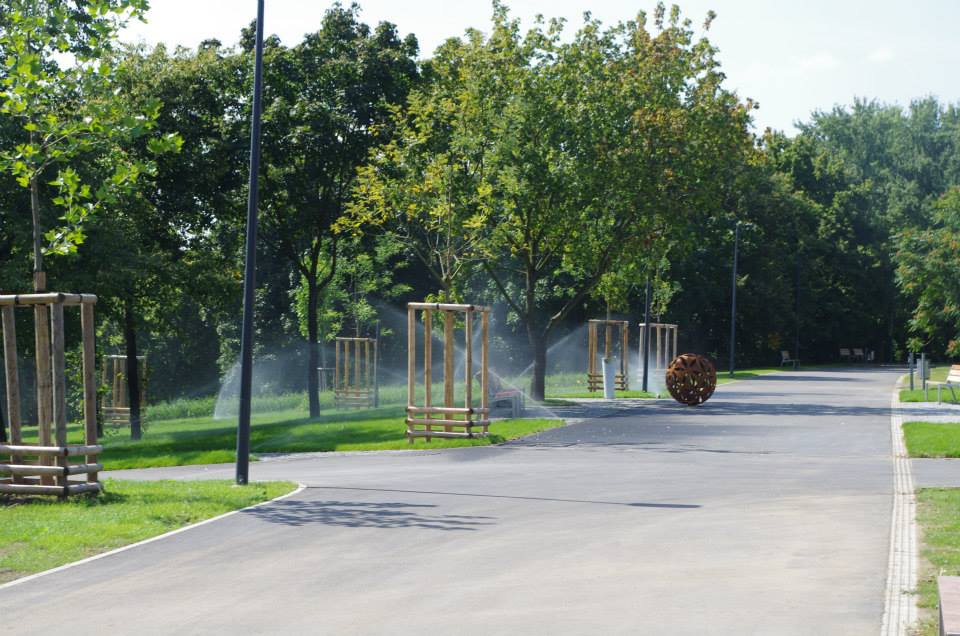 Thanks to this project, Prague has gained a unique area and the district is beginning to become vibrant again. The design team holistically re-envisioned the park and as a result Malešický Park offers rich, functional programs and is accessible to everyone. 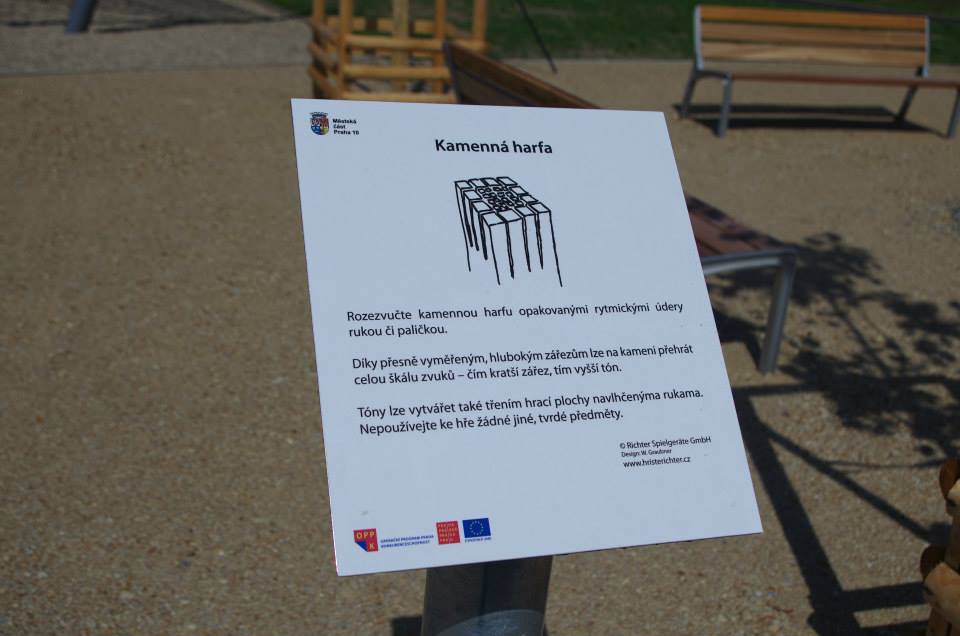 Kamil Rawski
Kamil works as research-and-teaching assistant at the Białystok University of Technology in Poland. He mainly focuses on designing a human-friendly spaces, but also highly values possibility to the sustain coexistence of man and nature.