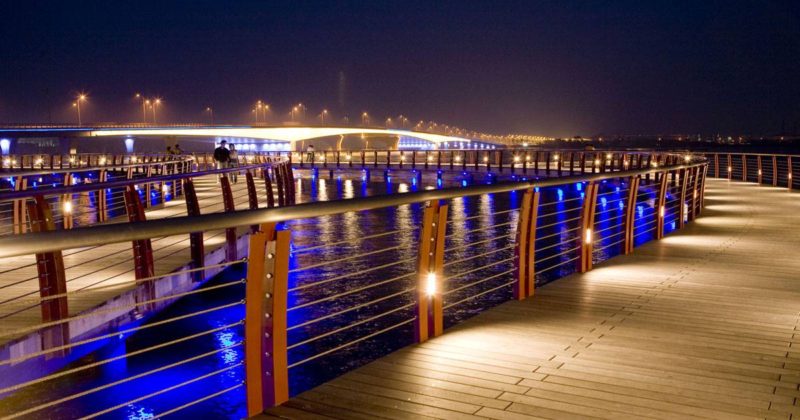 Article by Emily Sinclair – Dragon Lake Bridge Park, by AECOM, in Bengbu, Anhui Province, China The Dragon Lake Bridge Park, designed by AECOM designers Lee Yi and Lian Tao, in Bengbu, Anhui Province, China, is bringing the city back to its roots as a waterfront city. Bengbu is a mid-sized city in the Anhui Province of China with a population of nearly one million people. The Dragon Lake Bridge park lies in the centre of the city along one of the major lakes. The park, full of walkways and bridges, meanders along the bank of Dragon Lake, leaving many places for vistas and terraces to bring new views of the city and the water to those enjoying the park. Designed with gentle slopes and open pavilions, the waterfront has become a central destination for city-goers to enjoy at any time of day or night. 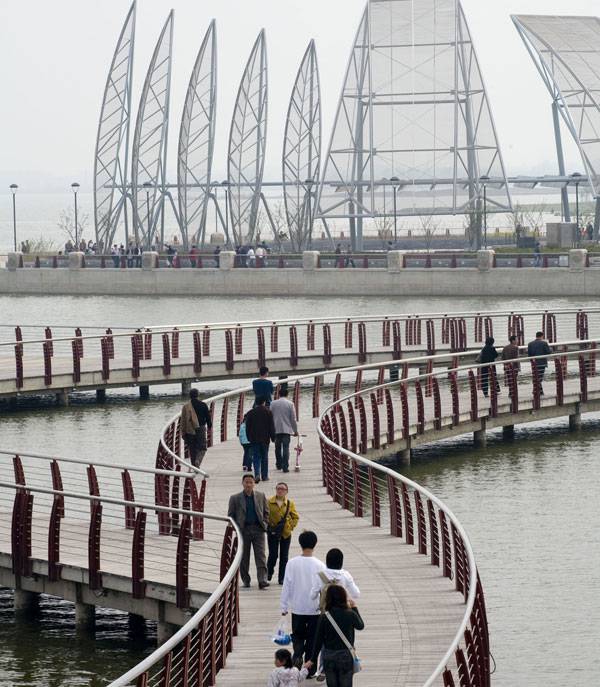 Water from the Beginning

From the beginning of the design conception for this park, the history and culture of the surrounding Chinese landscape has been an important inspiration. The city’s connection to the water has been part of its identity since its inception. Even in name – ‘Bengbu’ in Chinese translates to ‘Clam Wharf’. With the Huai River and Dragon Lake nearby, the city grew as a center of the freshwater pearl industry. 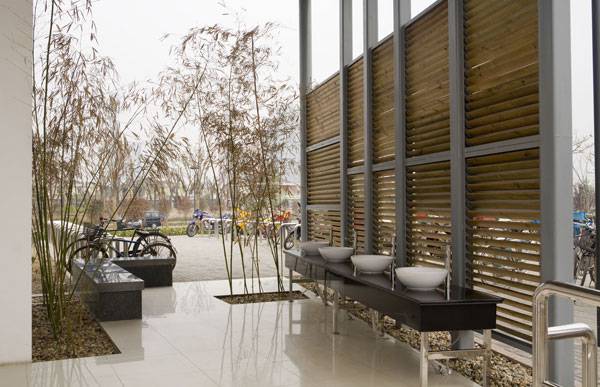 Since then, as the city expanded further away from the lake, Bengbu also thrived in the food processing industry. Unfortunately, this economic boom has had a downside for the rivers and lakes which the city started alongside, as the lakes which were once popular for fishing and other recreational activities had become polluted to the point where city officials warned the public to avoid the waters or risk their health. This is where AECOM began forming the idea of the new waterfront for the city, asking the question: How to return the water back to something the locals could use on a daily basis? 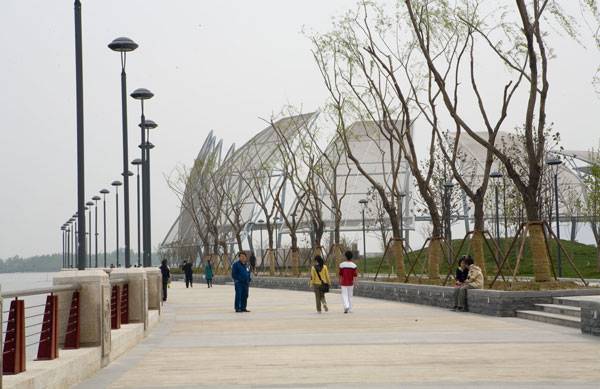 The city’s historic connection to water was important from the beginning, especially because of the polluted nature of the waters. The waters which once provided recreation and economic support to the locals had become dangerous with high levels of algae bloom. In order to return the waters of what is now known as Dragon Lake Bridge Park to healthy, normal levels, a variety of measures were implemented. 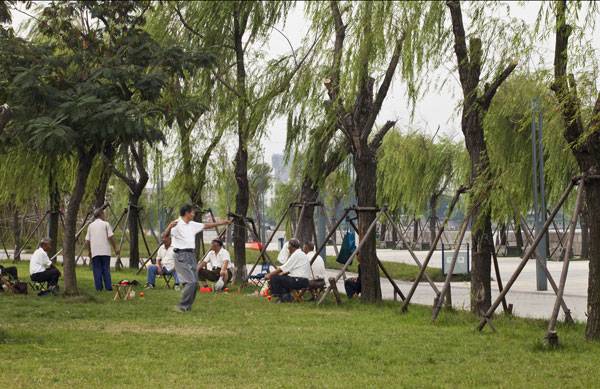 Through artificial methods of circulating and aerating the water, they turned the waters back from the eutrophic state that the lake had been in. In addition to these measures, the design team made sure to design the landscape with new wetlands and restored the vegetation buffers of the pre-existing ecosystem.

What would a new lakefront park be without city dwellers inhabiting it? Many areas for different programing are included in the design of this park. The simple materials with lighting subtly inset between rails and under steps make this a destination during the day and at night. 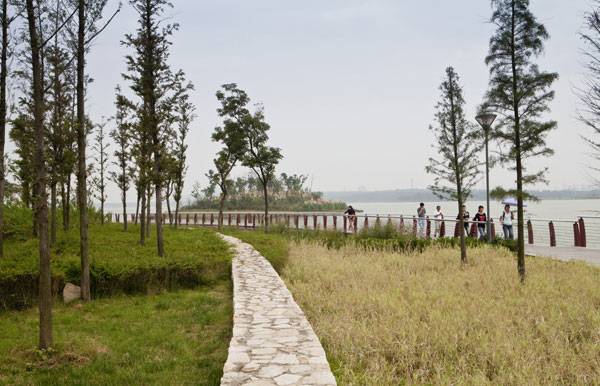 The reflection of the lights of the walkways off the water help create a feeling of floating as you stroll along the elevated walkway from one end of the park to the other. The city almost melts into the river; the terraced landscape (carefully reshaped by the design team) brings visitors gently down to the level of the river. Long, wide steps allow plenty of opportunities to sit and watch as people walk by, or enjoy a lunch with friends. Further along the lakefront, a rock beach allows the opportunity for families to enjoy the lake in a playful and relaxing naturalized landscape. 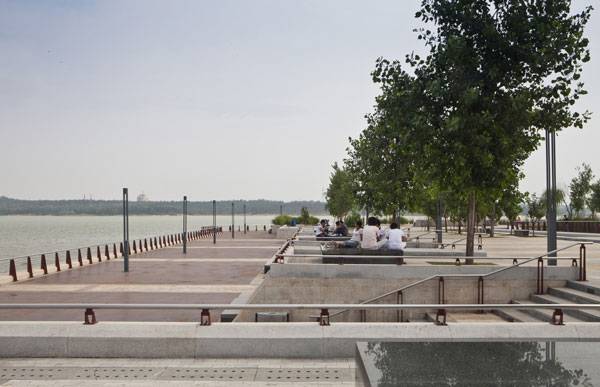 The planting scheme around the park is carefully chosen to reflect the surrounding natural landscape and situate the park within its regional context. The park spans 25 hectares in total, and throughout the park one can find numerous indigenous trees and native plants. Especially worth visiting is the Bamboo Garden and Celebration Plaza. This area, located at the center of the park, provides space for galleries, outdoor exhibitions, and sculptures while still maintaining a distinctly Chinese character. 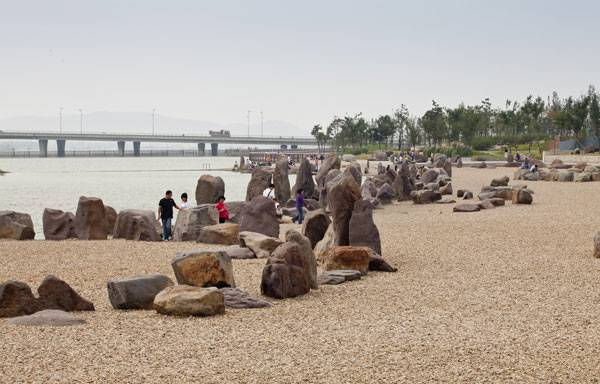 Enriching the Cultural and Recreational Offerings William H. Whyte (planner and author of The Social Life of Small Urban Spaces) once said, “If there’s a lesson in street watching it is that people do like basics – and as environments go, a street that is open to the sky and filled with people and life is a splendid place to be.” This lakefront design does just that, bringing people and excitement to one area, drawn by the simple pleasures; a place to sit, to play with their kids, or to stroll along with the sun shining on their face. 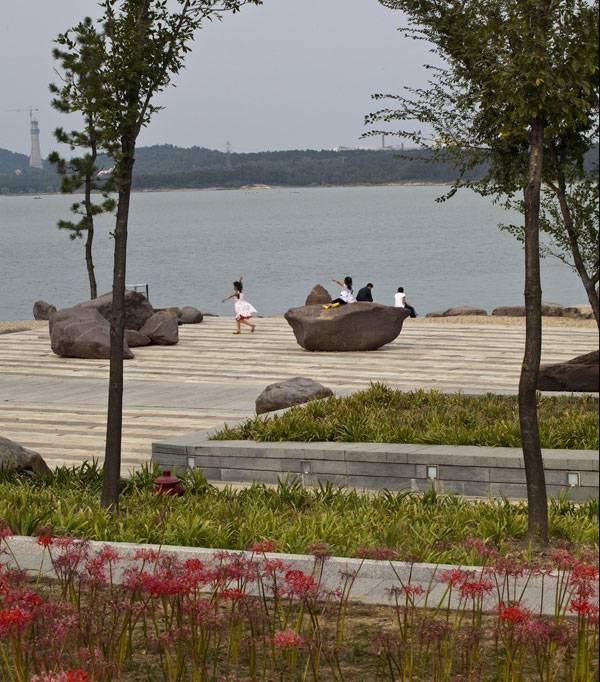 The addition of the lakefront park has not gone unnoticed and sets the stage as Bengbu continues to grow. Juror S. C. Liu (chairman of MyTopHome) described the park as being “exemplary in terms of environmental and investment considerations… (and is) evidence of how a well-planned project can bring multifaceted advantages to a city and its people.” Thoughtful waterfront designs can drastically change the character of a city district. What fond memories of your own include some time spent along a beach, a harbour, or a boardwalk? 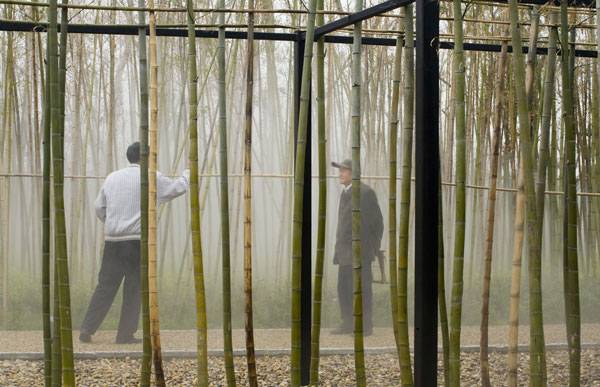