Since 2002, the Emerald Ash Borer has spread across the United States, wreaking havoc on Ash trees. It has destroyed a significant amount of urban canopy, and the need for removal and replacement has placed economic pressures on many municipalities. Efforts to contain the pest have slowed but not stopped its spread. The saving grace has been that the Emerald Ash Borer has seemed content to affect only Fraxinus species.1 Unfortunately, this has been proven no longer to be true. The Emerald Ash Borer has been confirmed in another host, the native White Fringetree (Chionanthus virginicus).

Ecologist Dr. Don Cipollini, Jr. of Wright State University first discovered the infestation in 2015 in Dayton, Ohio. Of twenty White Fringetrees he surveyed in the Dayton area, four displayed signs of Emerald Ash Borer (EAB), which included exit holes and tree dieback. This was the first report of EAB developing fully in a non-Fraxinus host in North America. 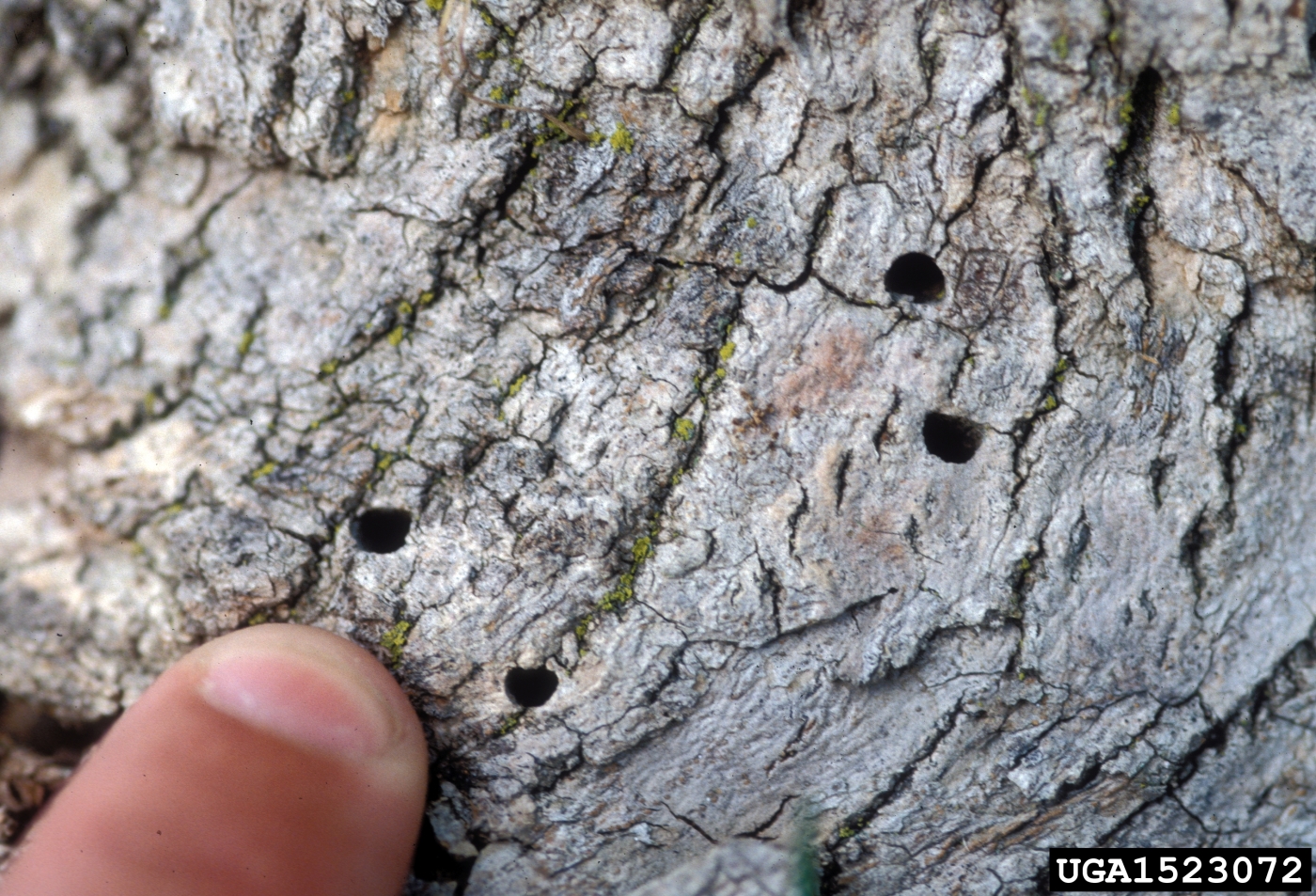 Since then, evidence of EAB infestation has been found in White Fringetrees at Morton Arboretum near Chicago. In May of 2016, Dr. Cipollini also inspected sixteen Chionanthus and discovered seven with characteristics demonstrating infestation including tunneling damage, exit holes, and die back. Further research has shown that larvae that use the White Fringetree as a host can complete its maturation into adulthood; however, in one study, after forty days these larvae weighed approximately one third as much as those using a Green Ash as a host. Furthermore, galleries discovered in Fringetrees sometimes do not yield exit holes, which means the larvae failed to reach maturity. Such results suggest that, while the EAB can and does utilize the White Fringetree as a host, it is not an ideal host.

As an aside, testing on the closely related Chinese Fringetree (Chionanthus retusus) and American Olive (Osmanthus americanus) indicated that they were not likely hosts for the pest. 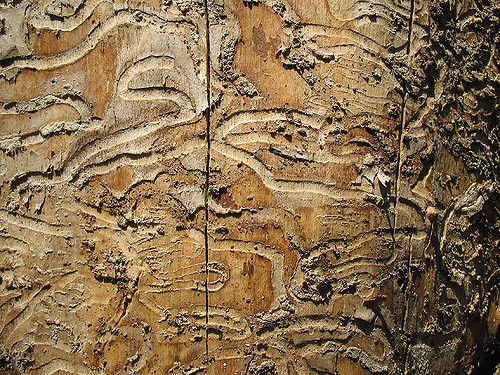 Galleries created by larvae illustrate the decimation to the vital outer layer of a tree trunk caused by the Emerald Ash Borer. Image credit: John Hritz, “Beauty in Death,” via CC BY 2.0

The implications of Emerald Ash Borer have been huge to the field of landscape architecture. Like Dutch Elm Disease, it has almost entirely eliminated a high-performing tree from use. The question remains: How serious are the ramifications of the EAB utilizing another host?

It could be an indicator that the pest will adapt to survive. Dr. Cipollini first posited in 2015 that EAB had turned to a new host out of desperation when all local Ash trees had been consumed. If this were true, the EAB could prove to be the single greatest threat to North American ecology as it acquires a gradually broadening palette. Fortunately, this theory has since been shown to be incorrect. Damage on affected trees indicates that the pest had been using the trees as a host since 2011, approximately the same time that the invasive range of the Emerald Ash Borer spread to Dayton. This infestation pattern indicates that the EAB will likely attack the White Fringetree wherever it occurs within the distribution of the Ash population.

For now, it seems the implications are limited specifically to Chionanthus virginicus. Will this be another species that will get added to the growing list of high performing, but un-useable plants in the United States? While likely, its exact fate is yet uncertain. The delay in discovery and the Fringetree’s condition as a less-than-ideal host suggest that the EAB will not decimate the C. virginicus population as it has the Fraxinus. On the other hand, once the EAB has exhausted Ash trees as a host, there is a likelihood that the pest will turn with greater intensity to White Fringetrees. For now, plant with caution, especially within the current range of the Emerald Ash Borer.

—
Nicholas Buesking is a landscape architecture designer with experience in the design-build sector and interest in the integration between the ecological and built environment.

Lead Image Credit: U.S. Department of Agriculture via CC BY 2.0