EDSA completes landscape design for the highly anticipated Four Season resort Orlando at Walt Disney World resort. ORLANDO, FL (July 14, 2014) – The global landscape architecture firm, EDSA, was commissioned to develop the master plan and provide full service landscape architecture design for Four Seasons Resort Orlando at Walt Disney World® Resort, opening on August 3. EDSA’s expertise in planning and landscape architecture, hardscape design, water feature design and attention to detail unifies the ambiance of this highly anticipated resort. According to Rob Hutcheson, EDSA Vice President and Project Manager, “Our goal is always to ensure that the guest experience touches every aspect of our project design. Beyond creating outdoor spaces that have a positive influence on people, we want visitors, residents, and patrons to enjoy the exploratory journey of getting there. We care deeply about the human experience and how the users of the Four Seasons Resort Orlando will feel, act, respond, and enjoy the spaces we created.” 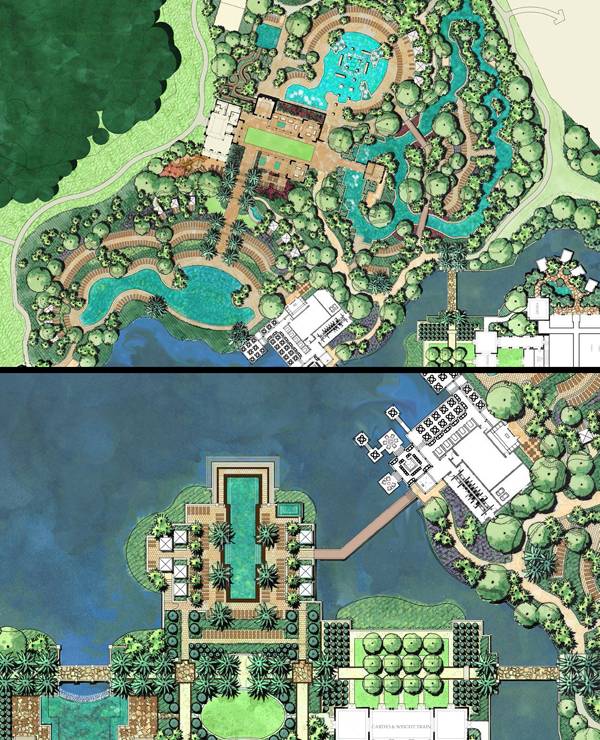 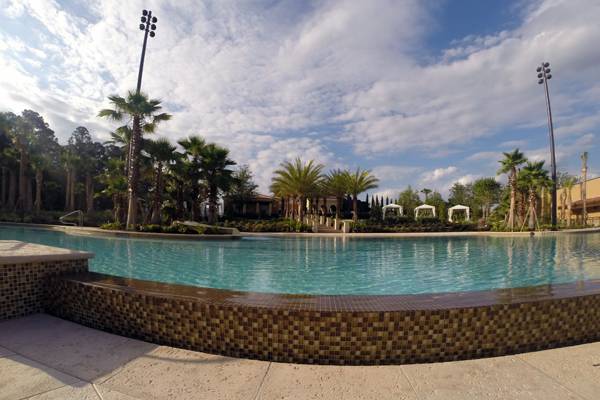 With its references to European design, the property’s design reflects a timeless, classic architectural style, while being attuned to contemporary resort living. The main resort tower and function spaces have been positioned to take advantage of views over the lake, lushly landscaped grounds, golf course, wetlands, and nighttime views from select guestrooms and the rooftop restaurant of the Magic Kingdom Park® fireworks. Characteristic design features include loggias, colonnades, columns and arches, grand sweeping stairways and decorative metal work. 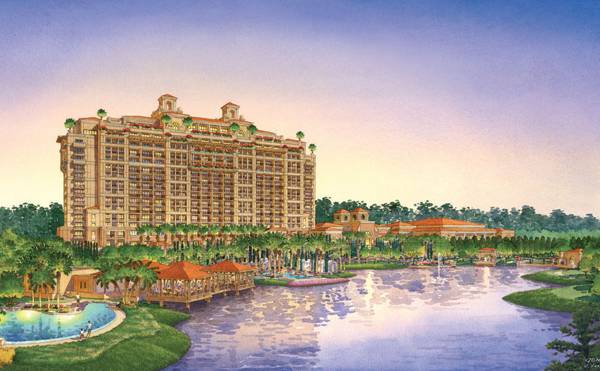 Formal Mediterranean Gardens: Working with the Mediterranean-style architecture, EDSA approached the landscape, hardscape and waterscape design with careful thought to create spaces that maximize the indoor/outdoor relationships. Medjool Date Palms were used to create a canopy on the main promenade that leads guests to the various outdoor amenities. As partitions along the promenade, pillars of Italian Cypress help create a series of rooms including outdoor meeting rooms, an al fresco restaurant, function lawn and fitness center. They are partnered with Sylvester Palms to reinforce the decorum of the infinity-edge adult pool and lake. Finally, large sculptural Crape Myrtle Trees create a tunnel gateway to Explorers’ Island. 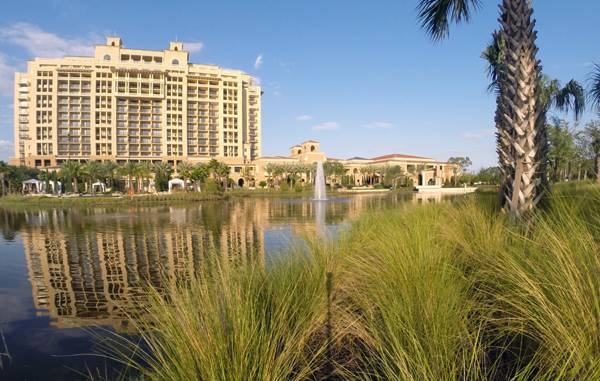 Explorer Island: EDSA created a water canal to transition from the formality of the Mediterranean gardens to the natural organic feel of the recreational island. Explorer’ Island was conceived as a Citrus Plantation Estate built in the 1800s that sits on a bluff overlooking the lake. Nearly 50 mature Live Oaks, spanning over 30 feet wide, were transplanted from the neighboring Four Seasons Golf Course. 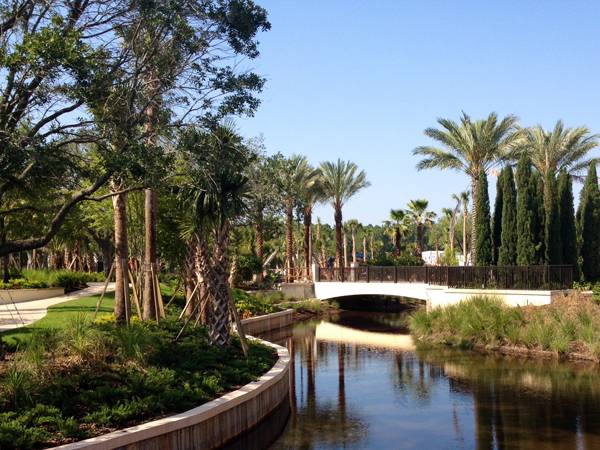 The estate is home to a family pool with tiered stadium seating, showcasing “dive-in” movies played on a built-in screen; lazy river; two waterslides; a climbing wall; a lakeside bar and grill; Kids For All Seasons kids club with a playground, as well as outdoor recreation spaces. Naturally curved Sabal Palms line the lazy river creating a native Sabal hammock commonly found near Florida wetlands The Lake: Along the west side of the lake, native ornamental grasses, oaks, Sabal palms, and pine trees were used to help transition the formal gardens back to the surrounding native wetlands and canal that flows from Bay Lake. Overall, there are 114 different plant species on the property with a total of 2500 trees and approximately 80,000 shrubs and groundcovers. 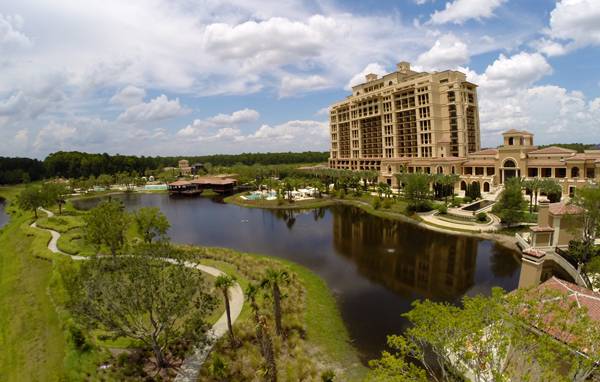 Since opening the doors of its Orlando office, EDSA has continued to maintain a strong presence in the Central Florida community by working on many notable local projects including: Grand Cypress, Orlando World Center Marriott, Disney’s Caribbean Beach Resort, Hyatt at Grand Cypress, Peabody Orlando, Gaylord Palms Resort & Convention Center, Wyndham Orlando Resort and the Orlando International Airport. “We’ve been thrilled by the reception from the Central Florida community over the past few years and truly appreciate the opportunity to work on projects that are so important to the economy, environment and culture here,” says Hutcheson. About EDSA Practicing since 1960, EDSA is an internationally renowned, full-service planning, landscape architecture and urban design firm with the fundamental goal of creating engaging, aesthetically-pleasing and environmentally responsible outdoor spaces that at positively affect the visitors, residents, students, tourist and patrons that interact with their projects. As one of the largest US based firms of its kind, their diverse portfolio of more than 500 completed projects in 100 countries includes plans, designs and built works in the areas of hospitality, entertainment, campus, residential, ecotourism, urban revitalization and mixed-use districts. With 125 employees, EDSA has offices in Fort Lauderdale, Orlando, Baltimore, Abu Dhabi and Shanghai. For more information, please visit the EDSA virtual home at www.edsaplan.com. Press release courtesy of EDSA HOME PAGE Published in Blog