Bishan Park- Kallang River Restoration Poject by Atelier Dreiseitl, in Singapore. Bishan Park, with more than 3 million visitors annually, has a local significance in Singapore similar to that of Central Park in New York City. At the heart of the park is a dynamic natural ecosystem of an important river that flows at a length of 3.2km through the park that once fell victim to the country’s rigid flood control infrastructure system of the sixties. For Singapore, engineering of the past left a legacy of concrete along with physical barriers that divided local communities, created a lack of biodiversity and deprived the citizens of a recreational space with fresh water. The new life brought about by the project brings residents of Singapore closer to water and encourage the busy city go-getters to slow down and enjoy nature. 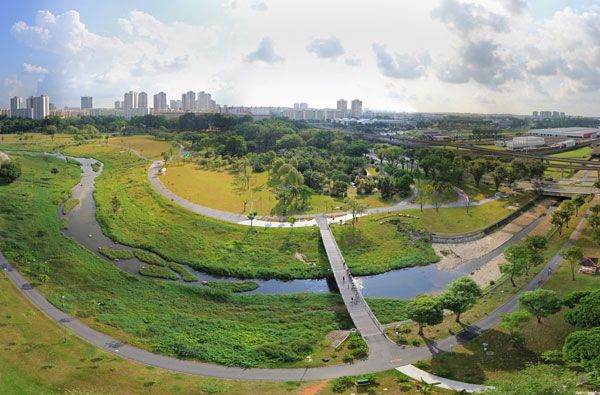 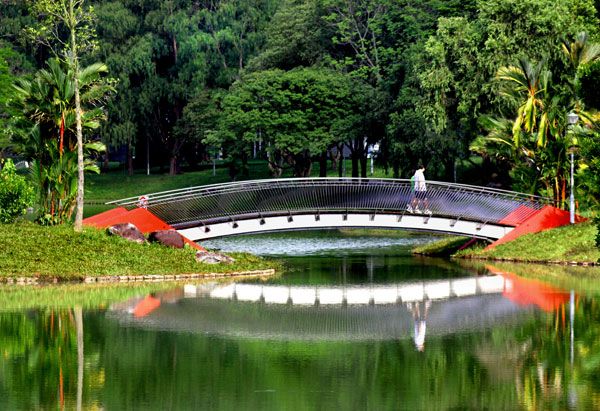 Kallang River is the longest river in Singapore that carries water from one reservoir at the center of the island to another on the coast. During the 1960s and the 1970s, as part of a flood control project, it was forced into a straight concrete drainage channel that flowed through Bishan Park. This cut off neighbourhoods from each other and from the park creating more isolation. 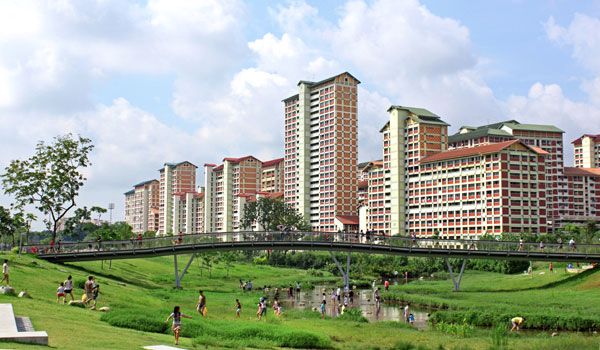 River Freed From its Concrete Restraints It was only in 2011 that the river freed from its concrete restraints and transformed into a dynamic natural stream system. The river now happily meanders through the park as a natural riverbed- with rocks, pools and riffles slowing the velocity of the water and allowing it to be cleansed by communities of plants and organisms. 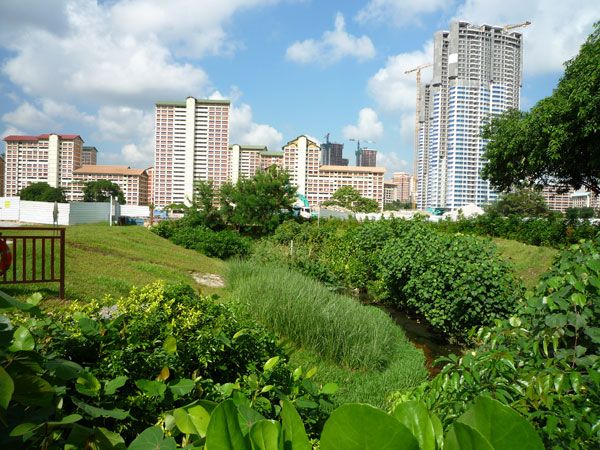 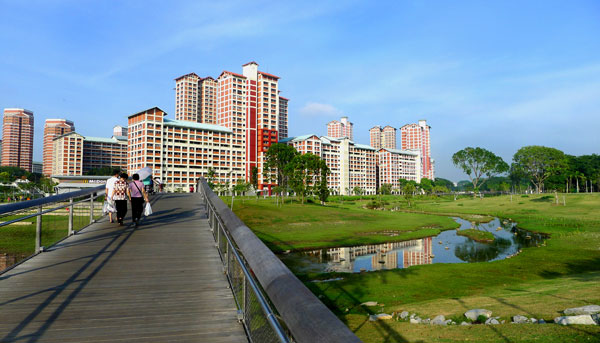 Reducing the Heat Island Effect The park surrounding the river is once again the river’s floodplain, absorbing and carrying 40 percent more floodwater during heavy rain than its old concrete canal could handle. Urban rivers also help reduce the heat island effect when they are not refined in concrete and the Kallang River restoration has made it possible to cool an area of the dense city. 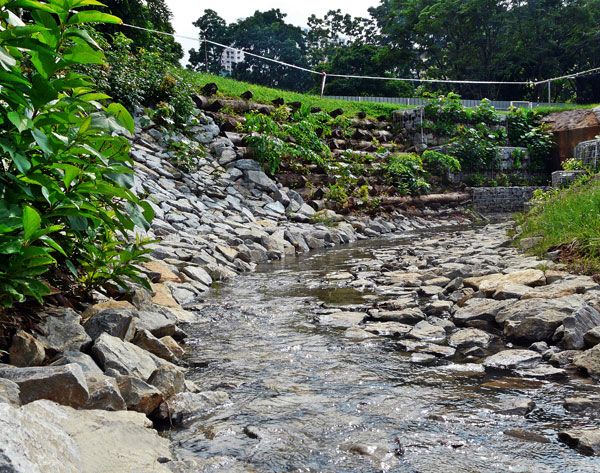 Stepping Stones Symbolically and Physically Connecting People and Places During the dry weather, people living in the surrounding neighbourhoods come down to the river where gently sloping riverbanks form part of the park features. Bridges and people friendly river crossings made of large stones connect the once separated neighbourhoods. 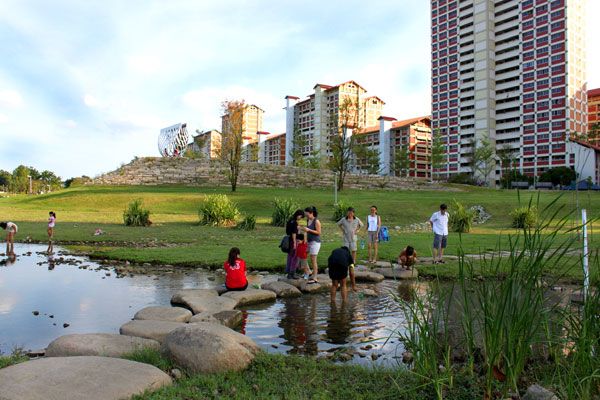 People are able to sit on the boulders within the water or walk barefoot on the pebbled streambed as both adults and children gain the freedom to dangle their fingers in the water and squat down to examine the creatures living in the river! 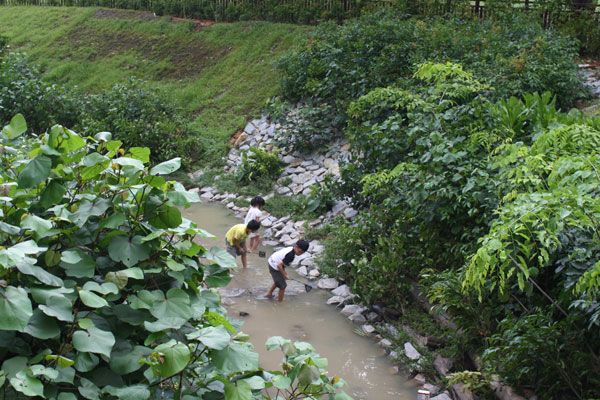 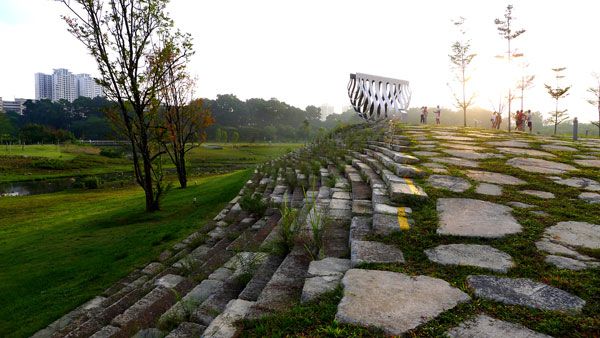 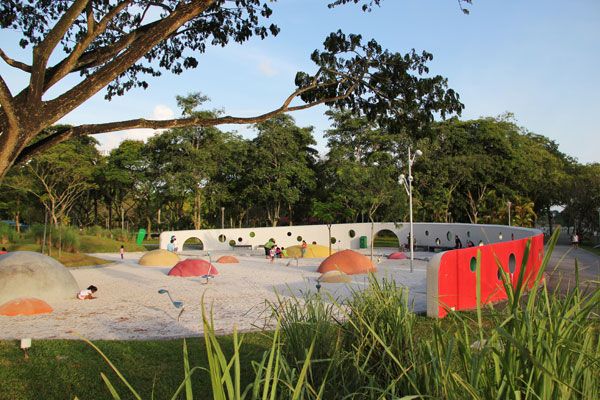 A Child Friendly Space Makes for a Great Public Space The park also features a water playground, two other new playgrounds and a community garden, making the park extremely child friendly. Pieces of concrete removed from the old concrete channel have been recycled and used to build a lookout point named “Recycle Hill.” Biological Filters in Action Biological processes clean the water- plants are chosen for their natural cleansing properties that maintain the quality of the water without the use of chemicals. The use of soil bioengineering techniques to stabilize the banks was also a first for Singapore. See More Projects Featuring Atelier Dreiseitl: 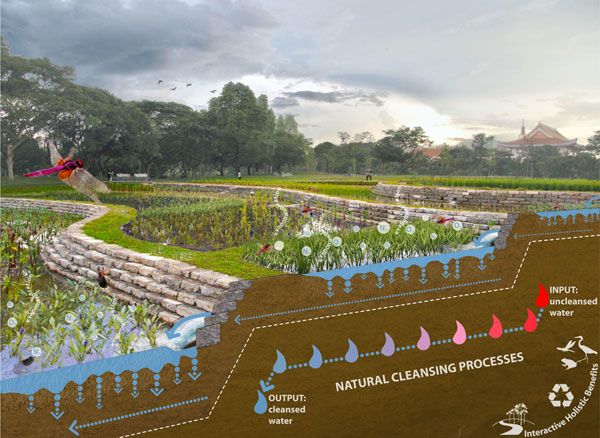 With extensive tests being carried out to refine a selection of appropriate techniques and plants, as well as finding an effective construction method, we can all appreciate the amount of planning that has gone behind the restoration of this park. Thriving Wildlife Reed beds, flowering plants, trees, shrubs, and the varied topography of the river restoration have created a variety of microhabitats, and even though no wildlife was introduced, biodiversity in the park increased by 30 percent during the first two years. Fish swim in the river; there are many species of birds and dragonflies as well as species of wildflowers have been identified. Some migratory birds are even beginning to use the park for resting. 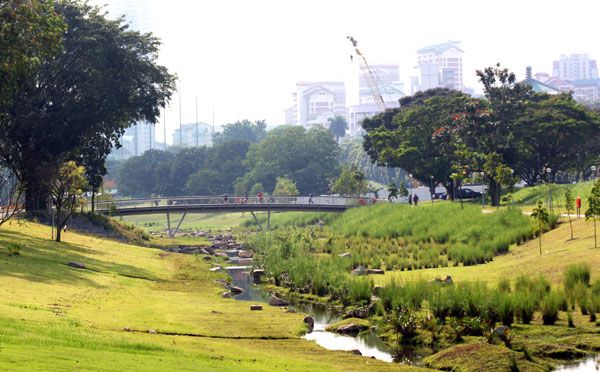 The ABC Waters Program The project is the first of many projects in Singapore’s Active, Beautiful, Clean Waters (ABC Waters) Programme, a long initiative scheme that aims to transform Singapore’s waters from being simply drainage and water supply devices into elements of green infrastructure that also acts as places for recreation and community building. 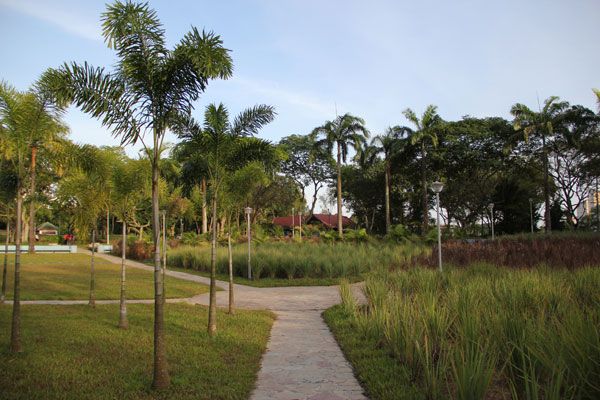 The park offers a vibrant example of what is possible in the midst of a dense city for the people, the wildlife and for the benefit of the environment. Much to everyone’s delight, the three year- $60 million Bishan Park intervention was environmentally and socially relevant and became a huge success. 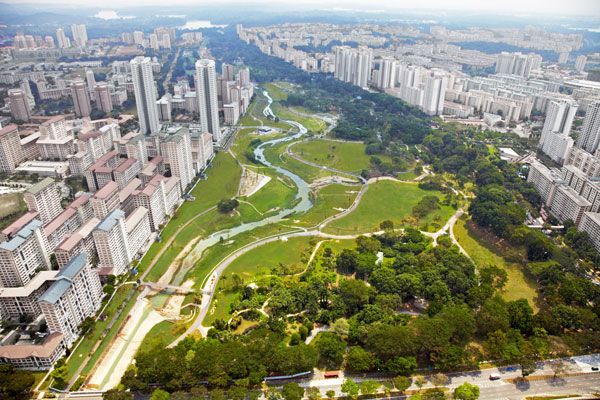