Phase 1 of Governors Island, by West 8, New York City, New York, USA. Everyone has seen such places: Sites that have been abandoned and sunken into oblivion. They are often described as moonscapes, landscapes in emergency, or even eyesores. Despite those various definitions, they all have one thing in common: the unpleasant feeling they give to people. As we all know, ignoring the problem won’t make it go away. So, instead of searching for new virgin territories in which to expand our cities, we should first consider deserted landscapes that could be transformed into “green” jewels.

A perfect example of such a dramatic transformation is the Governors Island Project in New York City. A former military base with a central location near Manhattan, it was once invisible to citizens, but has now become a lively open space that drew approximately half a million visitors in 2011. 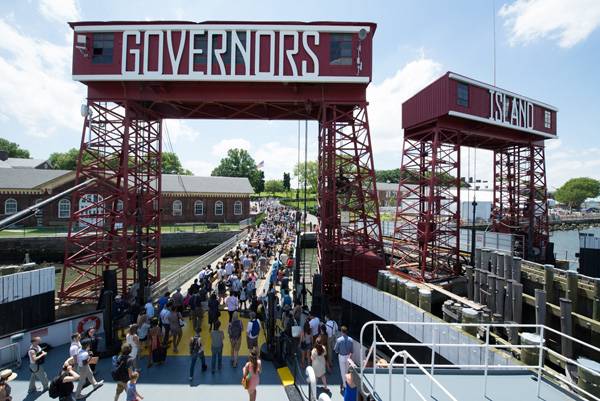 Versatile Analyses What stands behind this successful metamorphosis is the multidisciplinary approach of West 8 design team. A fixed rule to a good project is to lead a careful study. 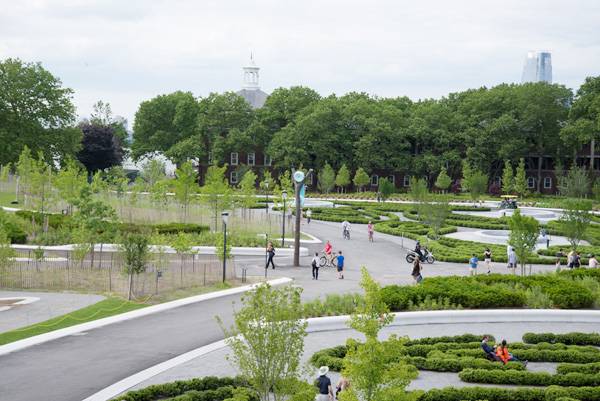 The team spent long hours on the island in order to be able to understand its specific needs related to micro and macro conditions. Which led them to the following conclusions, as their website suggests: “West 8 has understood from the outset that the new Park and Public Spaces would need to be resilient in the face of rising waters. Rather than withdrawing in the face of the advancing waters, we lifted the majority of the island out of the flood zone. West 8 designed a park that will allow people to enjoy the connection to the salt winds, swirling waters and expansive views of the harbor while ensuring that the trees we plant in 2013 grow into a great forest over the next few generations.” 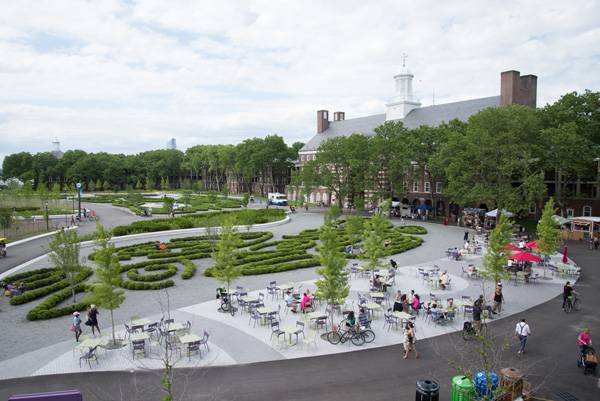 Another significant part of the planning process is the outlook of the visitors. The design team not only observed visitors on the island, but has also done empiric research to obtain information from the people of New York, without whom the island would be nothing. Other Articles Including West 8:

Because New Yorkers played a considerable part in the redevelopment of Governors Island, one of the fundamental ideas of the project was to create a place that offered citizens a world apart from the city: a unique landmark where new sensations allure; a vantage point on the Statue of Liberty; and the experience of a green island surrounded by sea and sky. 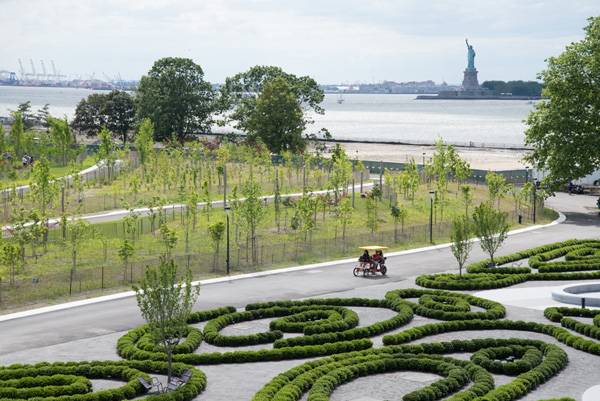 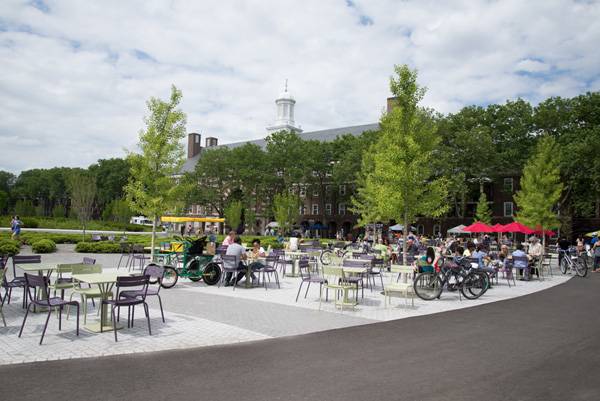 The master plan aimed to design an extraordinary public park comprising the entire New York Harbor, including its history, culture and picturesque nature, thus creating an icon for the city. 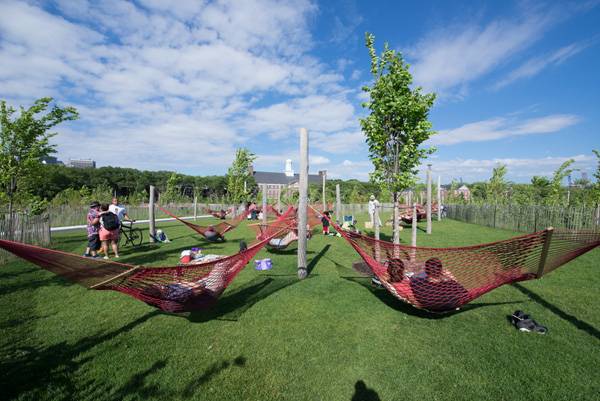 A Dynamic and Recreational Destination This complex transformation of the island included two consistent phases. Phase 1 of Governors Island covers 30 acres of new park and public spaces and provides key visitor amenities for the historic North Island. A variety of experiences are guaranteed, due to the variegated open spaces. Passive recreation includes Liggett Terrace, a lively green plaza with plenty of seats inviting visitors to enjoy the fascination of public art and the beauty of hedge gardens while having lunch. Leisure and tranquility are also found in Hammock Grove, where peace and quiet dispels all dark thoughts with the help of the fancy red hammocks. 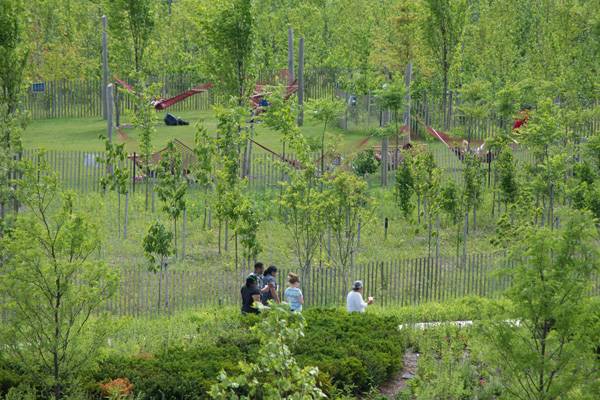 Active recreation takes place in the Play Lawns, the Play Structures and the bike paths. You only have to choose whether you want to play softball on the exquisite background of the Statue of Liberty or ride a bike along the meandering pathways. 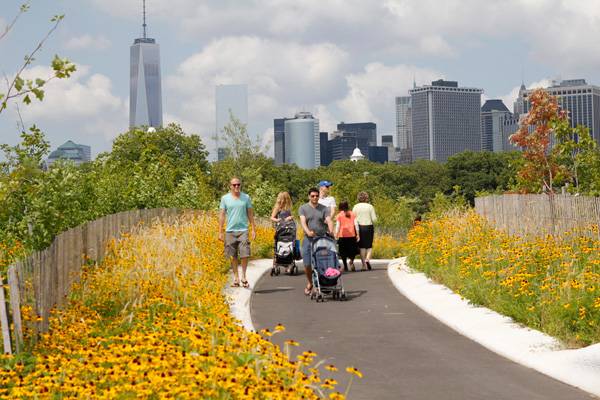 Soissons Landing and South Battery districts have also been renovated through increased accessibility, new landscaping, lighting, and signage facilitating circulation within the island. 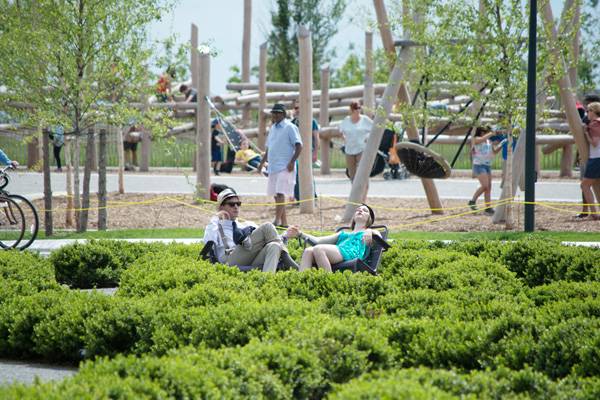 Phase 1 of Governors Island was completed in 2013, as Mayor Bloomberg announced by planting the 2,000th tree in the new park. Healthy Environment 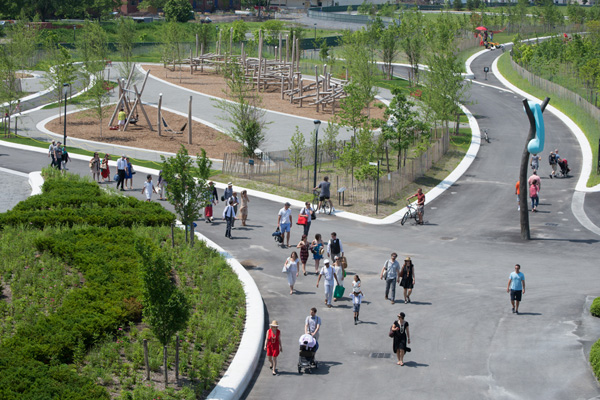 One more vital participant in the transformation is the vegetation. The green strategies include a selection of native plants that easily adapt to the specific climate and soil conditions to provide a healthy habitat for the park fauna, forming a new ecology and nature for people, too. 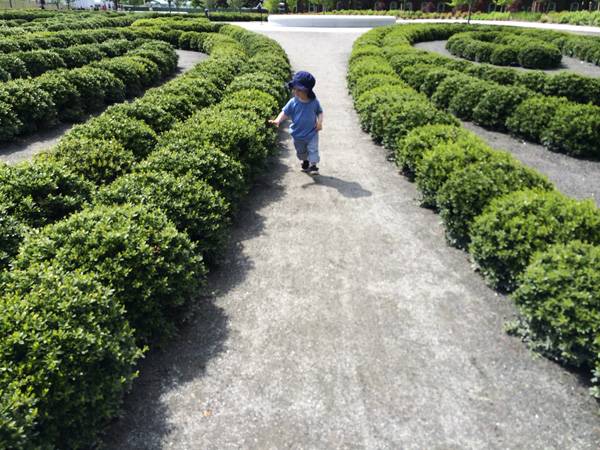 The Starting Point of Smart Planning What a dramatic change. It happened and it’s real. Maybe this project will set you thinking about the overall picture of the planning process. Could a number of ecological, social, and economic factors, utilizing derelict landscapes that already exist, turn out to be the starting point of intelligent preservation and improvement of our own environment? Recommended Reading: