Pier 55 Floating Park, Heatherwick Studios, New York City, United States. Some cities don’t have room anymore to create completely new public spaces, even when they need them. That’s when it’s time to come up with something completely new, something gutsy, something people might call crazy: You have to build new land. In New York City, Heatherwick Studios has designed the new Pier 55 floating park on the Hudson River. The 2.7-acre park over the water – described as a “treasure island” — will serve as a space for cultural events and leisure activities. The design has the backing of power couple Barry Diller, chairman of IAC/InterActiveCorp and former head of Paramount Pictures and Fox, and his wife, fashion designer Diane von Furstenberg. They have earmarked $113 million through a family foundation to construct the park, beginning next year. 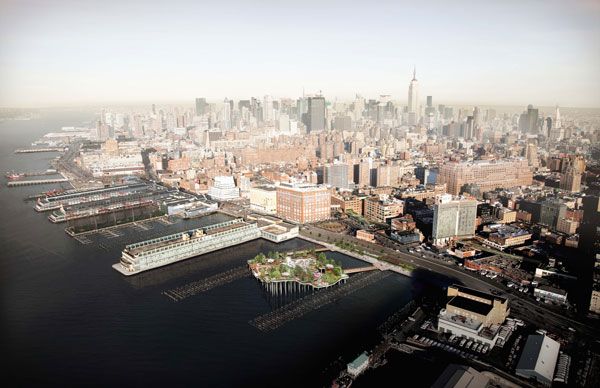 View of Pier 55 in the context of the west side. Image courtesy of Heatherwick Studios.

Heatherwick Studios, known for the Garden Bridge in London opening in 2018, comes again with a design for a public space at height. The new park is expected to become New York City’s number one venue for music, dance, theater, public art, and community events. The park will be built on a parallelogram-shaped pier of 300 concrete piles resembling giant mushrooms. The piles will range in height form 15 feet to 62 feet above the water to give the park an undulating topography. The park, situated 56 meters off the Hudson River coastline, will be accessible by two bridges.

A New Age Cutting Edge Performance Space To optimize the area for cultural events, the park will have an undulating topography allowing for three separate performance sites, meaning there could be three events going on at any one time. The main site will be a 700-seat amphitheater with a view over the Hudson River that is reminiscent of Greek open-air theaters. 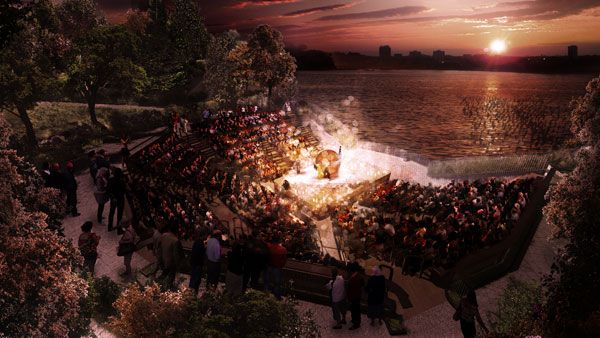 View of the amphitheater looking southwest at sunset. Image courtesy of Heatherwick Studios. 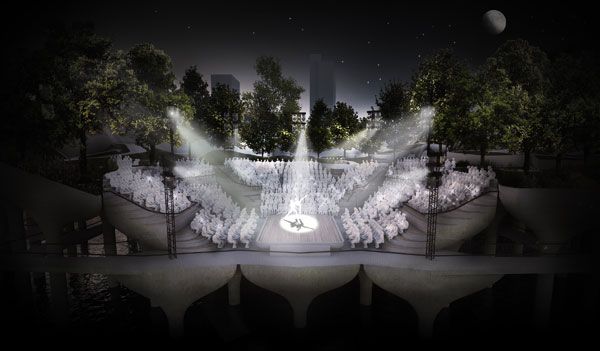 Don’t miss these other articles featuring work from Heatherwick Studios:

These theaters were called théatrons, derived from the Greek word theásthai, which means “look on”. The second site is a small stage with surrounding hills covered with grass. The last one is a big paved square with some height differences. Expert Collaboration  To make sure the performance sites are optimally designed, Heatherwick collaborated with four experts in the field: a former artistic director of the Public Theater (George C. Wolfe), a British film and theater director and producer (Stephen Daldry), a British theater executive (Kate Horton), and a film and theater producer (Scott Rudin). 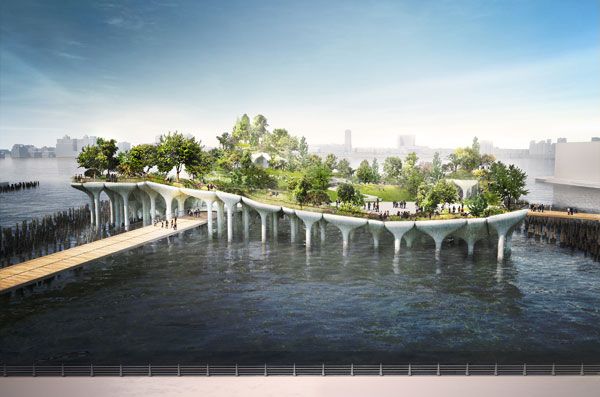 View of Pier 55 from the esplanade looking west. Image courtesy of Heatherwick Studios.

360 Degrees of Sweeping Views The park that will be constructed between Pier 54 and Pier 56 will be a place of discovery. Thanks to its undulating topography, visitors will find something new around every corner, and the park will offer sweeping views over the Hudson River to the Manhattan and northern New Jersey skylines. The topography will give park-goers the opportunity to walk along lush lawns and pathways, lounge, eat lunch, or just relax on the grass. 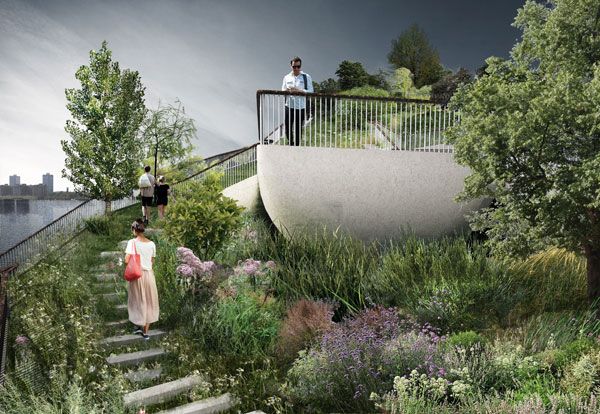 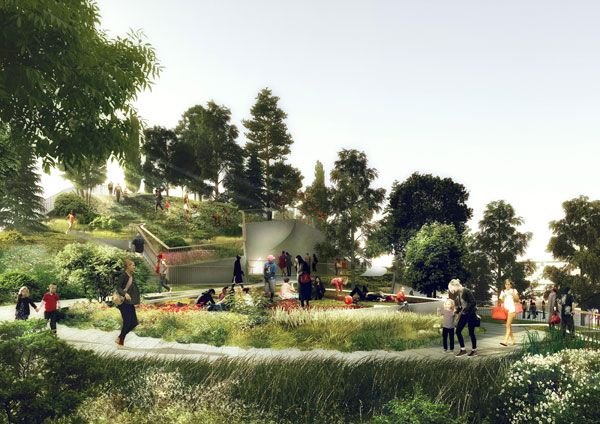 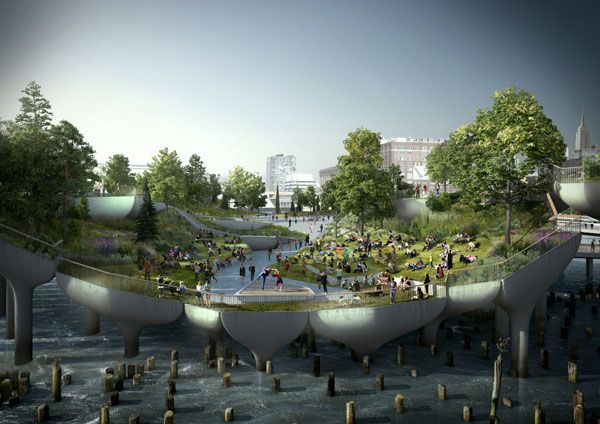 This park will give New York City a spectacular new attraction, not only for cultural events, but also as a public space. The modern design and the particular concept make me feel it will be worth a visit when it’s finished. Enjoying a stage play or a music event at a special place like this will improve the experience. The fact that the majority of the programming on the pier will be free or low cost is the icing on the cake. Recommended Reading: