Article by Alexandra Wilmet Centenary Square, by the team of JMD Design, in Parramatta, Australia. To revive the central area of a city is a major project which often requires much research and reflection as to the future use of such a space. For Parramatta, Australia, the design office of JMD Design took on the challenge by offering a complete reversal of the civic center of the city. Let’s see how the team of JMD Design has managed to regain the space of Centenary Square by assigning multiple functions using a few simple ideas. 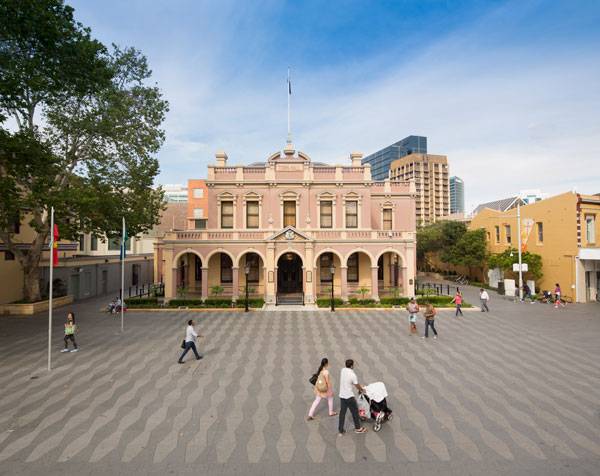 JMD Design first decided to open up the space. This simple gesture allowed a clear view of the church and its gardens as well as pedestrian traffic through the square. With this first principle, the team gave a positive image to the city by highlighting its historical heritage, present in the square. Furthermore, this reopening allows a better readability of spaces, improving their connectivity and even causes a drop in crime through passive surveillance. Indeed, to open up a space allows you to see everything that is happening and thus reduces the risk of attacks, for example. This idea is a simple and effective way to reduce crime without the actual installation of cameras or other surveillance devices. 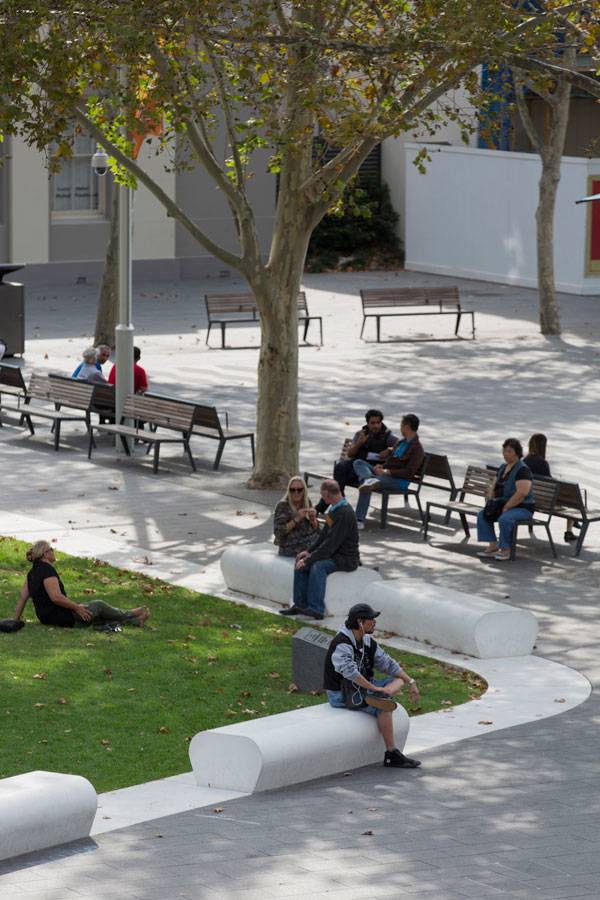 The Use of Natural Materials

Centenary Square is decorated in a sober manner and uses Australian black granite, a local material. This black granite is cut to size, in a specific manner, to form a pattern on the ground that defines the place. In addition to this graphic arrangement, the square delimits itself by the material change on the ground. 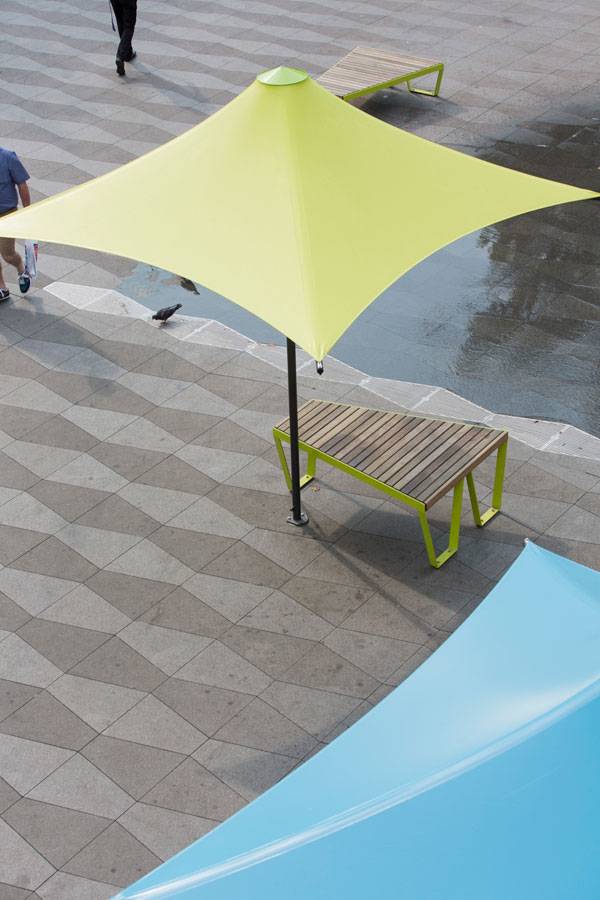 The Clever Incorporation of Water

Normally, Centenary Square is also enlivened by fountains and lights that are present over a large part of the square. However, these facilities with water games require no dropped holding basins, and they do not let stagnant water stand, which allows an enlarged public space to be available when they are inactive. 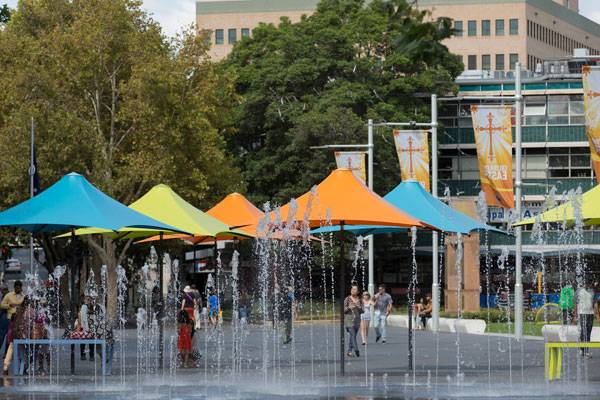 This idea can expand the space because simply turning off the fountains offers the opportunity to organize large-scale events in the city center. Centenary Square can therefore accommodate various events like markets as well as games or concerts. 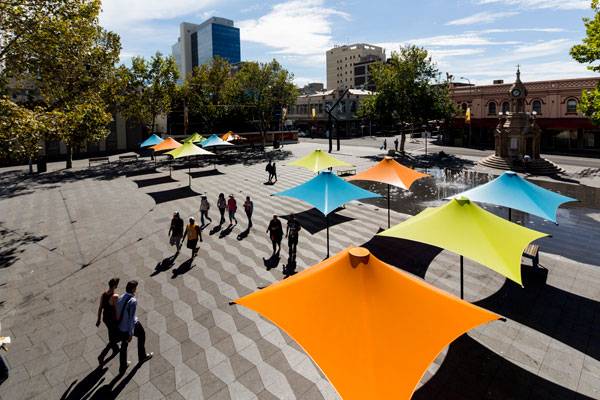 First, fixed furniture is found on the edge of the square in order not to interfere with the events. This furniture is made of local and robust materials to ensure durability over time. And a second style; movable furniture, consisting of tables and chairs that passersby can move all over the place to settle where they wish. This mobile furniture can be removed during major events to allow free space. In designing the project, JMD Design thought of Centenary Square as a real heart of the town. They have thus given new life to the place and created a dynamic center which will help circulate the entire population of a city which can now think of its expansion in the near future. 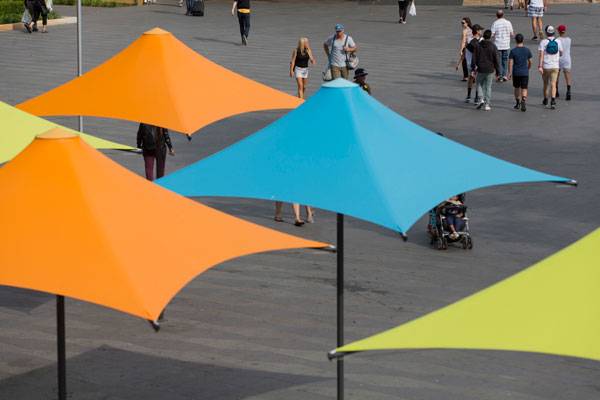 In addition to the great success that the place meets today with residents of Parramatta, the improvements realized here have allowed to Centenary Square to win several awards. Indeed, Centenary Square recently won the Place Project award at the Asia Pacific Place Leaders Awards for Demonstrating Square-Making. The wayfinding signage, created by Design by Toko for Centenary Square, won the award for ‘Spatial Design Wayfinding / Signage and Environmental Graphics’ at the Australian Graphic Design Association (ADGA) Design Awards. 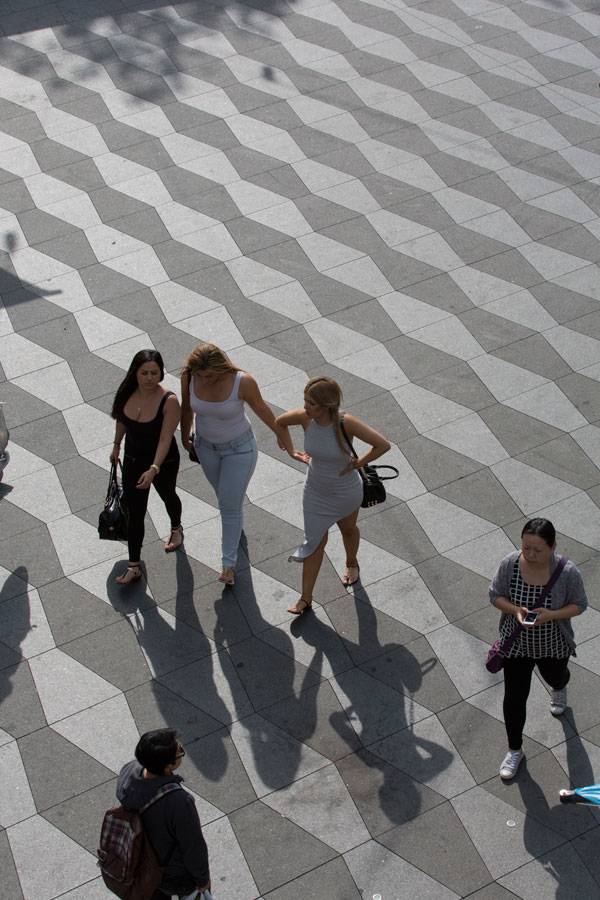 And the Centenary Square’s interactive water fountain won Gold for its contractor, Design Landscapes, in November in the ‘Commercial or Civil (projects) Over $ 1 Million’ category at the Master Landscapers Association’s ‘Landscape Excellence Awards’. We can say that the JMD Design team was successful in implementing several simple principles to make this space more attractive and safe, while also making it modern and multi-purpose. Thus, Centenary Square regains its city-heart function that will benefit residents and visitors in various ways depending on the planned time or event. What do you think of the Centenary Square project? Let us know in the comments below! Go to comments 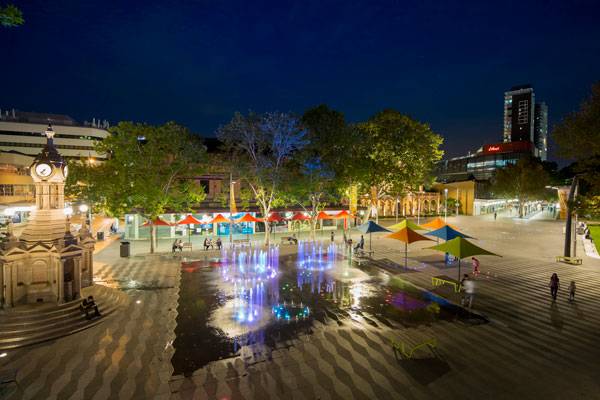