Since I started using Twitter in 2011, I’ve usually been just one in a few who regularly tweet at ASLA events–but not this year! Unlike the years before, ASLA 2013 saw a huge leap in the number of people tweeting at the conference. Not only were there more people tweeting with the #ASLA2013 hashtag, but the content shared was also very insightful and interesting. Read on to learn my tips about tweeting at ASLA as well as some of my favorite moments of the conference! 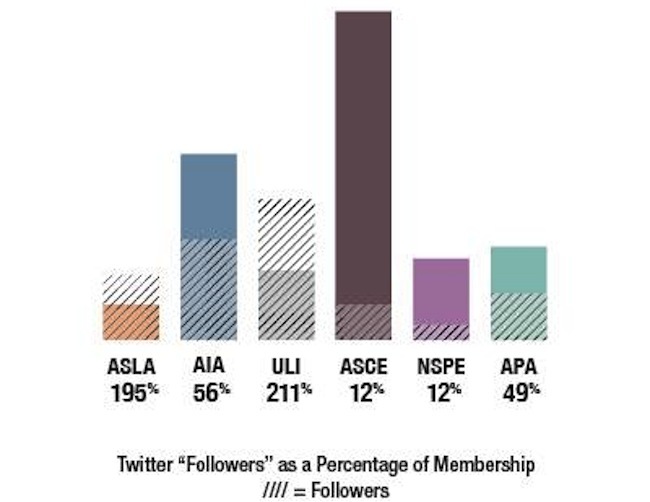 Prior to attending the ASLA 2013 conference, ASLA Nationals’ Karen Grajales and I presented a short Twitter Tutorial to the Chapter Presidents. We explained that even though only a small proportion of our members were active on Twitter, the number of those tweeting our content and using our hashtag #landarch was more than double our actual membership! This very encouraging discovery means that there is a lot of demand and attention for landscape architecture content from people outside our field. So keep up the good work everyone! 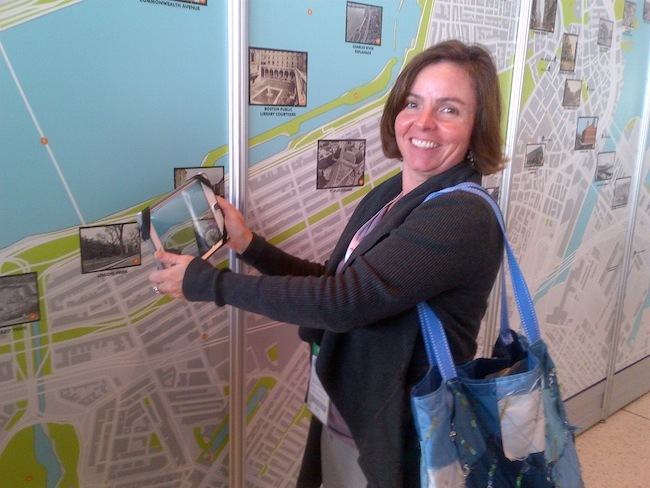 I also had a quick chat about my social media experience with Land8 last week. Here’s a peek into our conversation about Twitter and ASLA 2013:

LAND8: You’re quite active on Twitter. What advice do you have for those who want to get involved but don’t know where to start?

I recommend taking cues from someone who did it well and to emulate their example. For me, I started using Facebook in 2008 but put off Twitter because it felt too difficult to get into. Unlike Facebook, I didn’t quite know what to do with Twitter and since I was in the middle of running a company, I decided to just put it to the side.

But then I went to a really interesting lecture on the power of social media by Scott Stratton, a marketing professional. In order to ease himself into Twitter, he said that he did a no pressure, 30-day challenge to just listen and follow what people were doing on Twitter. After the first month, he started to comment and interact with the people he had followed on Twitter and built it from there.

Since he was successful, I also decided to do the 30-day challenge. I began by following people first and mostly observing. Then, I gradually began to start to talk and reply to the people I followed on Twitter. As more people replied and followed back, my confidence grew and sharing content became more easy and natural over time. By watching others, I also learned different ways to tweet so I can push my content even further. 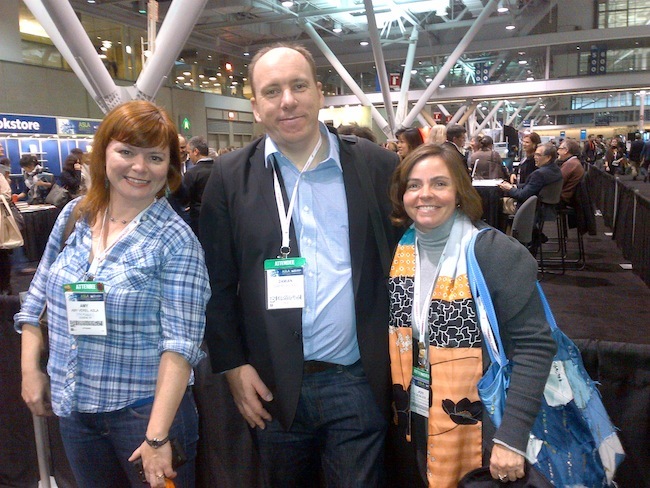 Meeting up with Twitter friends in real life! Amy from NY and Damien Holmes of World Landscape Architecture

LAND8: How did using social media help improve your experience at ASLA 2013?

I think it was especially helpful for me this time around because there were just so many more people tweeting. In the past, it was usually just me and maybe five others who kept the conversation going.

One of the major ways that I found Twitter to be helpful was during the Education Sessions. Since there are multiple sessions held at once, I could check my twitter feed to see what other people were saying about the sessions that I didn’t attend. If I missed a session that others on Twitter said was interesting, I would forward that tweet to someone in my office so that they could download the presentation for me to look at later. It’s handy since I could do it in real time.

I also loved following the #ASLA2013 hashtag to see what people were enjoying best at the EXPO. As someone who loves to climb on the play structures there, it was great to see people snapping pictures of themselves playing with equipment or tweeting comments such as “check out this really great container that I found.”

Since I’ve been following people on Twitter for years, it was also really exciting to finally get to meet some of those Twitter friends in real life and to put a face to those 140 characters. For instance, I got to meet up with the founder of World Landscape Architecture, Damien Holmes, who flew all the way from China to attend the conference. 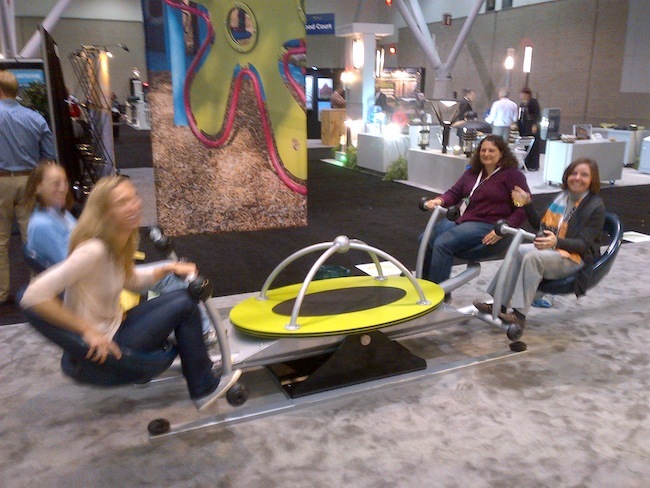 In general, I feel like there is still a lot of skepticism about the return of social media. Firms are still asking questions like why should I do it, why does it matter, and why should I care. Of the handful of firms that I do follow, many don’t tweet very often or only tweet once in a while to unveil a cool project they recently completed.

But I know it is probably more difficult for a larger firm to use Twitter since they might feel like they need to follow company protocol, which can hinder the kind of content that they share. As the owner of my firm, I don’t have people who watch over me telling me that I should not have said this or that. I tweet under my real name, which gives me the freedom to speak candidly about the profession, ASLA, my community and my company. Firms, on the other hand, might feel restricted about the content they share because they’re approaching it from a very different place.

I think one of the best suggestions I have is to target organizations that might not be in attendance. For example, if I’m at a session and I want to share content from a discussion about sustainability in a community, I’ll go ahead and tag groups like SustainableSites.org or Project for Public Spaces in that tweet so that the reach goes way beyond the people who follow me and who follow the #ASLA2013 hashtag.

Another thing I’ll do is immediately share content online that someone mentions in a discussion. For instance, if someone makes a reference to something like a useful online streetscape ordinance tool or a blog post they’ve written, I’ll get the link from Google and tweet about it.

There are a lot of different ways to be proactive about the content you share, other than just saying “hi” or “I’m here.” By sharing mini tools and bite-sized lessons with a lot of different people, you can reach out past your followers. 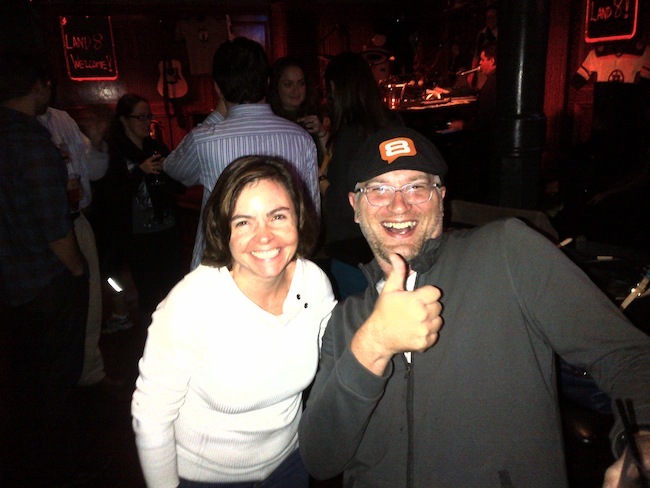 I also want to mention another wonderful experience that I had at the conference while attending the Land8 party. The party was great; food, drinks and the best dueling pianos in town.  But what made it particularly wonderful for me was hearing my name from all corners of the room with people calling out “I follow you on Twitter!” The room was filled with the youngest, most diverse group of landscape architects I have seen in a while and it truly made my heart sing!  I am excited and thrilled for the future of our profession as these young people graduate and enter the working world.  In that same breath, I encourage senior leadership of firms and organizations to give these young people a chance to show you what they have to offer, I promise you, you will be happy you did! 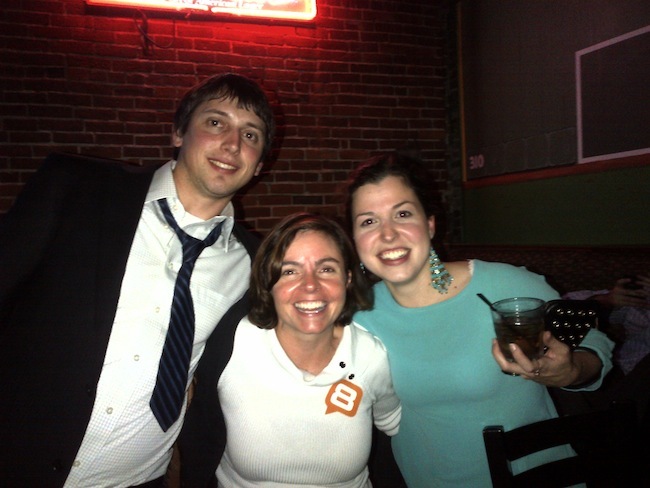 Joy Kuebler is a passionate landscape architect and founder of the firm Joy Kuebler, Landscape Architect PC located in Western New York. She is also the current President of the New York Upstate ASLA Chapter. Follow her on Twitter @JoyKuebler.