For countless generations, humans have disposed of their dead in the landscape — in churchyards, burial grounds, and cemeteries. The design of these “deathscapes” can tell us a lot about the cultural Zeitgeist of the time. The earliest human burial is thought to date back nearly 350,000 years ago. Since this time, every human culture has disposed of their dead in the landscape in a variety of ways. With the world population now in excess of 7 billion, we take a look at how the landscape can accommodate our dead in a sustainable way. Landscape, design and death The method of burial or commemoration of the dead, and the design of burial grounds, can tell a lot about the culture of the deceased and their generation. In western culture, we are influenced by a Christian heritage, living in what could be described as a post-Christian culture. This has inevitably influenced the design of our cemeteries. 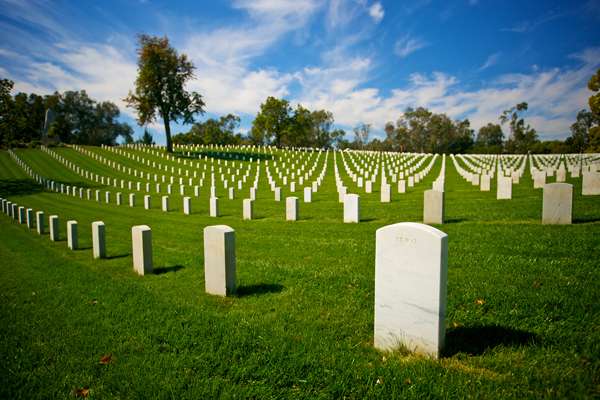 In Christian culture, death is seen as a transfer of the spirit to the afterlife. Key to the method of burial in Christian cemeteries and churchyards is the belief in the resurrection of the flesh, come judgment day. This inevitably influences the design and form of the graveyards. For example, all Christian burials face east (the direction believed to be from where Christ will come again) and are located within consecrated ground such as churchyards. Therefore, the most logical spatial arrangement is to orientate the burial plots in rows. This gives rise to a formal, rectilinear, design. The legacy of this rectilinear design can be seen in many secular post-Christian, interdenominational cemeteries such as Arlington National Cemetery, a military cemetery. 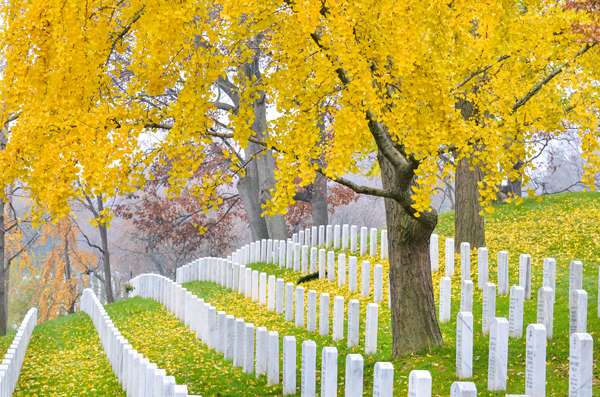 During the Victorian period in the U.K., dynasty and remembrance began to dominate the landscape of death, with elaborate decorative tombstones and monuments intended to communicate the wealth, affluence, and status of the deceased, as exemplified in the infamous Highgate Cemetery in London.

What is a green burial?

Presently, there is a growing trend in the west for Green Burials. With the increasing focus on minimizing one’s carbon footprint during life, many people are turning to natural burial practices as a way of demonstrating their eco-credentials. In a similar way to the Victorian burials’ attempt to communicate the affluence and status of those interred, nowadays many people are interested in what the next generation will think of the way they treated the environment.

In many ways, Green Burial makes a lot of sense. According to the Casket and Funeral Association of America, 70,000 m3 ofhard wood, 90,272 tons of steel, 2,700 tons of copper and bronze, and 3,130 m3 of embalming fluid are buried through traditional burials every year — a substantial drain on limited assets! Cremation also takes its toll on the environment. Statistics from the Cremation Association of North America show that it can take two to four hours at temperatures ranging from 760 to 1,150 degrees C to fully cremate a body. This is estimated to be roughly equivalent to the energy required to drive 4,800 miles, or 7,725 kilometers. Added to this are the considerable toxins that are released into the atmosphere during cremation, such as carbon dioxide, lead, nitrogen oxide, and hydrogen fluoride (to name but four).

The practice of a Green Burial

Green Burial involves the interment of the body without embalming, using natural coffins or caskets to enable the body to decompose naturally, returning its nutrients to the ground. The aesthetics of Green or Natural Burial Grounds often reflect the environmental choices made by the interments. Gone are the rigid formal lines and large tombstones, in favor of woodlands, meadows, and open fields, as can be seen in sites like Binningwood, Westall Park, or Prairie Creek Conservation Cemetery. 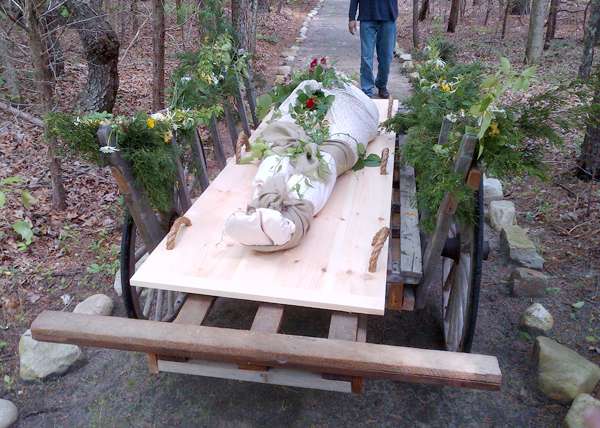 This paradigm shift in our deathscapes has further reaching consequences though, as we gradually change our perception of the landscape of death and remembrance. In her article Cemetery Park, Sonia Jackett examines how St. George’s Field in Leeds has been transformed from a cemetery into a public park, while Southern Cemetery in south Manchester (the U.K.’s largest cemetery) has been designated a National Nature Reserve for its biodiversity. 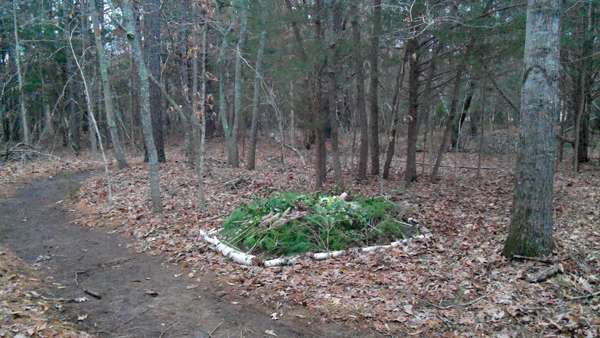 Deathscapes for the 21st century will inevitably depart from the rectilinear form-language of the post-Christian typology to a more naturalistic form, and, like Cemetery Park and Southern Cemetery, will have to fulfill a multitude of functions, from providing space for relatives to mourn to performing green infrastructure functions such as habitat, biodiversity, and public recreational space. While there is currently a dichotomy between traditional cemeteries and natural burial grounds, the future may see the lines between these two typologies blur, and as seen with St. George’s Field, old cemeteries may even be overhauled to meet 21st century needs.

Find out more about Green Burials at www.finalfootprint.com Recommended Reading: