The modern design process has been formulated and repeated for decades in the landscape architecture profession. Oftentimes, it is this procedure- almost an institutionalized method of creation- that ends up disserving the same communities one vows to protect and uplift.

Since 1994, Elizabeth Kennedy, PLA and Principal of Elizabeth Kennedy Landscape Architects (EKLA), has been leading by example in how she and her team show up and make space for clients and each other. In the months following the death of George Floyd, Kennedy participated in nearly thirty juries and presentations to share her expertise in empathetic community engagement and landscape architectural practice as it pertains to African American communities and beyond.

Kennedy highlights EKLA’s project of Weeksville, New York, a historically African American neighborhood in Brooklyn, NYC, founded by freed slaves in the 19th century. She describes Weeksville as “a place of post-enslavement black history and a locus of black joy…Remarkable in asserting the communal presence of Africans in the 19th century King’s Country without symbolism.”

“[Weeksville is a place] where black people feel equity, control of their bodies, joy of presence, that this design belongs to them.” – Elizabeth Kennedy

Presenting this project multiple times has given Kennedy and the team at EKLA the opportunity to step back and re-examine their methodology many times over, to ask what it is about the project that gives them an important voice in the role of equitable design. 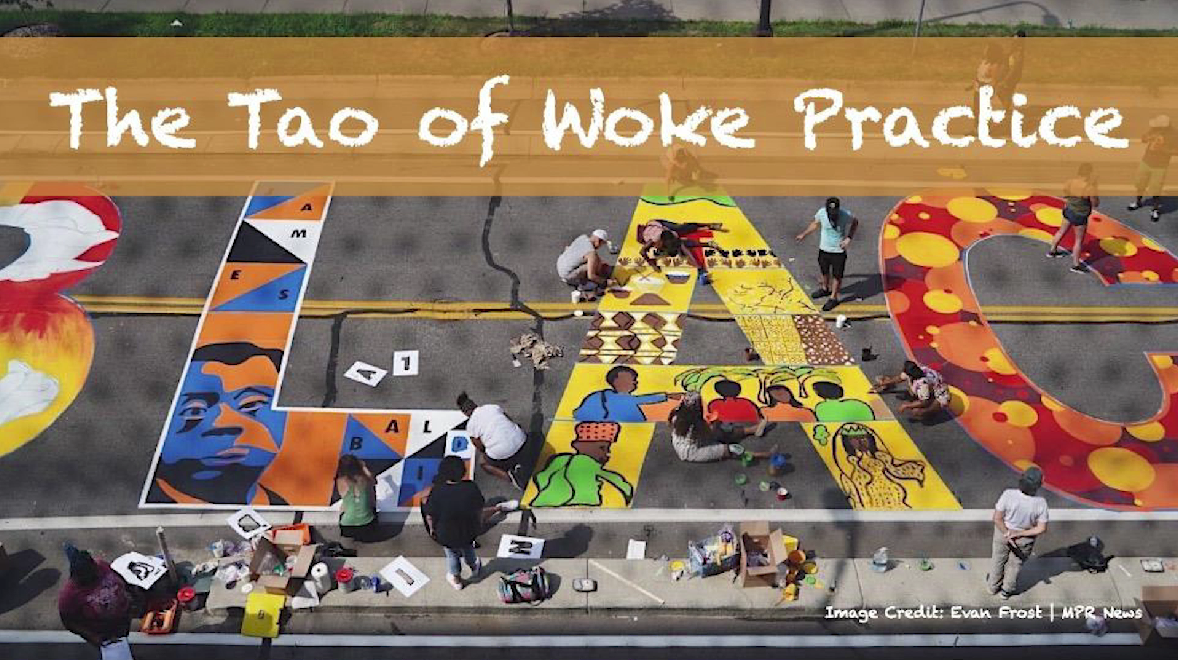 The following is a summary of Kennedy’s “The Tao of Woke Practice”, or the way of constant awareness in which landscape architects can center and practice inclusion on multiple fronts.

KNOW THAT YOU KNOW NOTHING
Be humble to the client and their experience. Do not come in with a set agenda, overlying tastes, or presumptive thoughts. Instead, we must take a position to “empty our minds as much as we can to be fully present,” says Kennedy.

BE PREPARED
One must prepare to be able to see how the client sees the world. Understanding culture goes beyond conversation. Become very familiar with how the client understands things and be ready to meet them where they are at. Listen for both what is said and not said. For example, Kennedy looks for ques that speak to private place, an area where connection happens for EKLA. Also be prepared to have solutions be fluid and flexible. “We’ve been most successful when the design solution is open-context,” says Kennedy.

ETHOS DRIVE BUSINESS MODEL
Apply your world view to your business model, not the other way around. Reframe profitability beyond the monetary and towards sustainability both for the firm overall and for each of the staff respectfully. Kennedy allows time and space by implementing salary and deadlines instead of set working hours. “It gives the flexibility to allow young and excited creative thinkers to explore” and refrain from limiting the flow of learning and suggestion.

“GET INTO GOOD TROUBLE”- JOHN LEWIS
Have these conversations one-on-one. Bring your personhood to the profession, not your agenda.