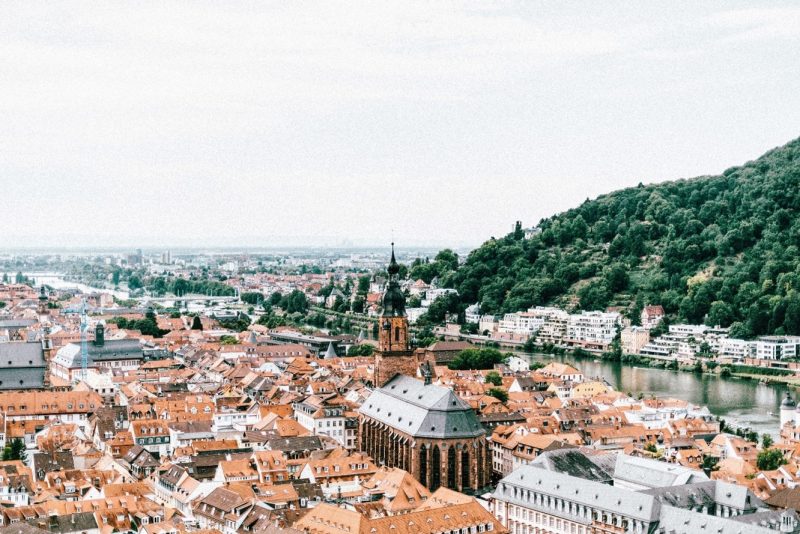 With the era of the raging pandemic, peaceful and more comfortable living arrangements became a priority for many. Large primary and secondary metropolitan cities are moving away from the spotlight as smaller, less developed and more affordable tertiary cities gain popularity as a residential option. This article explores the opportunities tertiary cities offer to residents, communities, and organisations, and how conscious planning can contribute to their sustainable future.

What are tertiary cities?

The expanding tertiary cities must employ urban planning strategies for a steady flow of investment without infringing on the original and emerging new lifestyles of its residents. The main concerns are, therefore:

Here are some examples of how tertiary cities address these challenges and increase their benefitting potential at various stages of development through great planning solutions.

Collecting information and data provides an opportunity to better target potential new residents and investors and contribute to the city development.

Gorlitz is a tertiary city facing negative demographic tendencies. However, it has realised its great potential as a residential area. It mostly attracts people seeking more affordable housing options than in the big cities while retaining an urban lifestyle. The city benefits from its convenient location and infrastructure and the uniqueness of the historic building stock.

To better determine the target groups of the residential development in the city, a scheme called ‘Stadt auf Probe – Wohnen und Arbeiten in Görlitz’  –‘City Trial – Living and working in Gorlitz’ has been realised. It offered potential incomers an opportunity to live and work in some of the available building stock in the city for 4 weeks to ensure that further planning could be based on the data collected. This way respective housing typologies could be proposed ensuring steady growth and sustainability of the solutions transforming the city into a residential hub.

According to the study, the city is mainly attracting big city residents, which may be interested in its calmness, well-maintained public space and abundance of accessible green areas. However, it has also demonstrated that this type of tertiary city can also attract residents from much smaller towns and the country seeking a certain type of urban lifestyle. 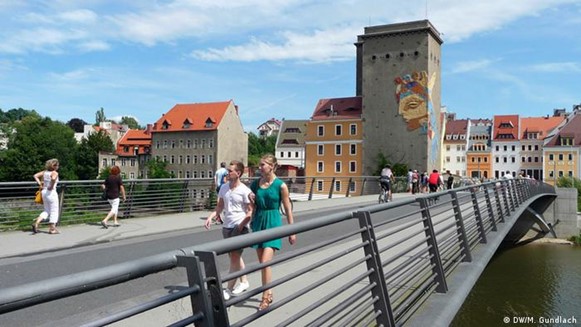 Photo by Mabel Gundlach from DW

The priority of the Newhall development was the diversity and liveability of the spaces; therefore, it has employed a very distinctive design strategy. The principles of this are in ‘The Book of Newhall’, which acts like a manifesto providing guidelines and requirements for the developers to explore new diverse typologies of housing.

The whole development had been divided into smaller plots put to tender to ensure the engagement of different architects and developers. This approach brings a lot of value through the variety of architectural styles and different identities. Furthermore, functional variety has not been left aside. An active street edge was formed by the commercial units on the ground floor and the rest of the spaces were occupied by the units for living and working.

Finally, an important factor in this development was also the active participation and engagement of landowners. They were involved in the planning and development process and chose a long-term approach to increase the site value.

A combination of actions promoting a vibrant development of the city can contribute to its sustainable growth and maintain its attractiveness. 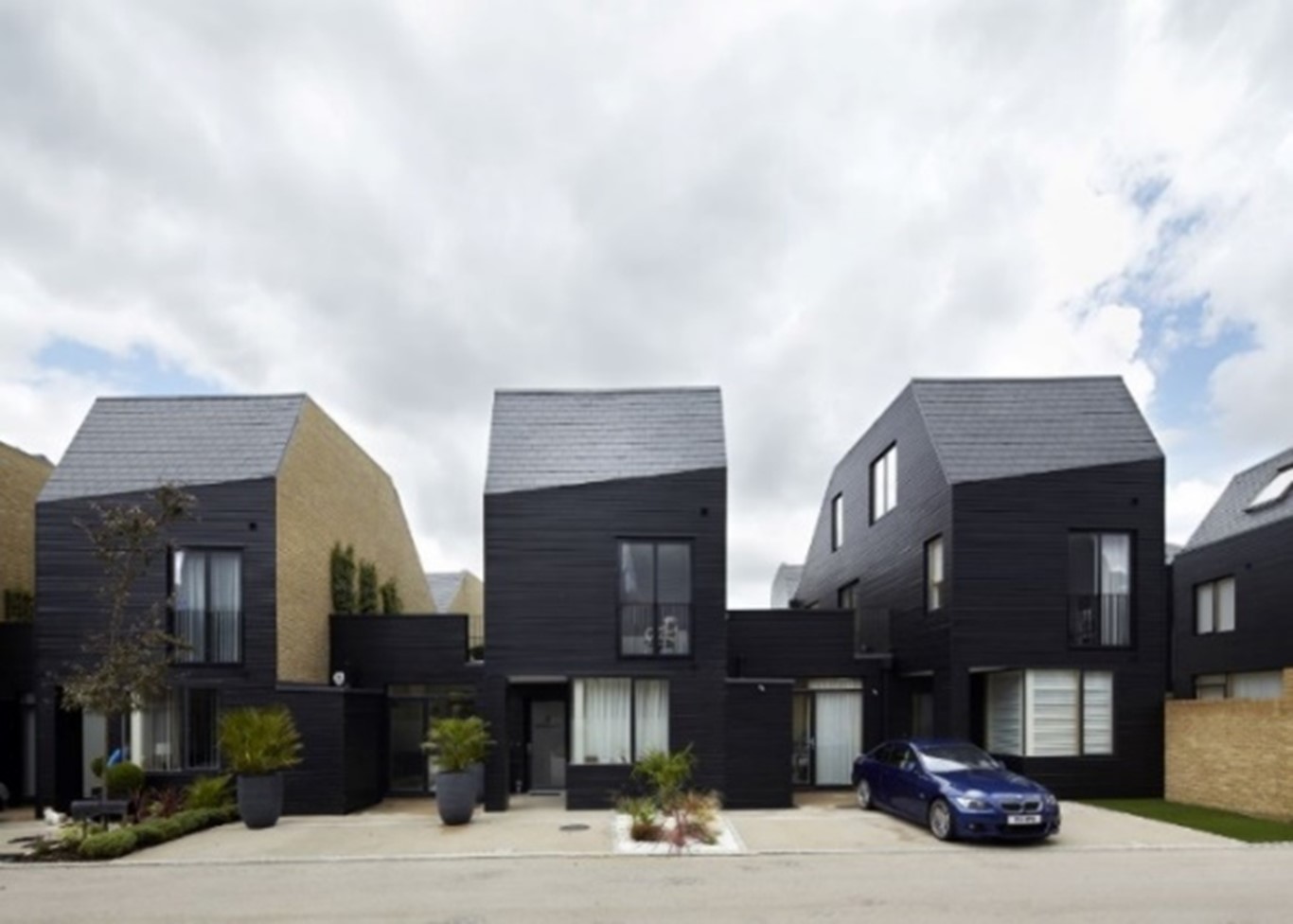 Newhall Be by Alison Brooks Architects

EVA Lanxmeer is a development in the Dutch city of Culemborg introducing new types of ownership structures for housing. It brings along new possibilities in terms of property rights and responsibilities adding to the overall sustainability of the scheme. The property owners officially form a foundation which formally outlines their goals, rights and responsibilities leading to a sustainable future. By purchasing a property in this development, inhabitants commit to following the rules such as minimal use of energy, fossil fuels, reuse and recycling, minimal use of cars, active participation in social activities and maintenance of public space.

EVA Lanxmeer represents how small-scale tertiary cities could be planned and managed to ensure sustainable growth and maintenance employing different relationships between the stakeholders, e.g. developers, property holders and municipality. 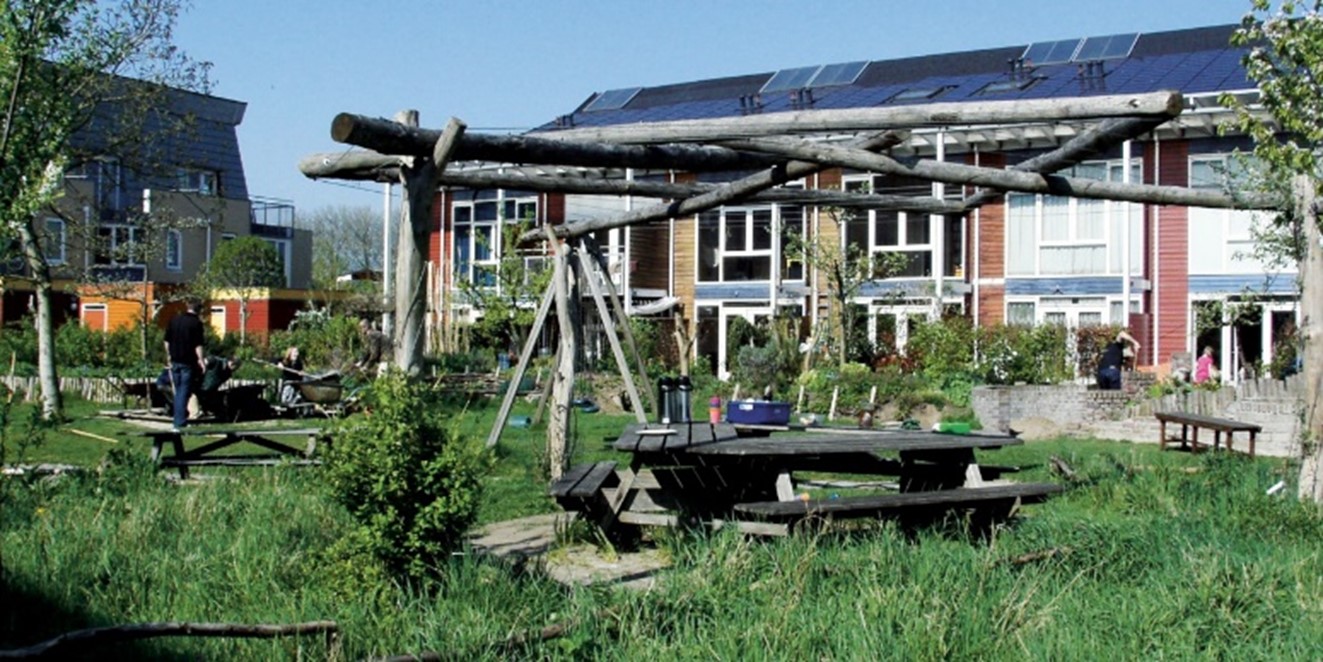 The participation of the general inhabitants of the city in the planning is essential for an integrated urban development successful example of which is the former area of a coal mine, Gelsenkirchen.

The district had suffered out-migration, unemployment, and high vacancy levels in the past. However, it has since been transformed and accommodates various new functions and a city focused on learning. To promote participation and integration of citizens in the city planning and decision-making process, the city provides educational opportunities for all demographic groups, from small children to adults. Thanks to the involvement of the city residents and targeted financial support of the local economy, the whole district has been revitalised.

A combination of a formal participatory process with informal cooperation of citizens, associations and businesses can also prove valuable in planning for the emerging tertiary city economies and revitalising stagnating or deteriorating ones.

With lower density, tertiary cities can benefit from their nature-based potential in energy generation and sustainable development, preserving the quality of urban living.

Gyor represents good example of a city strained by rapid development. Its main challenges stem from the industrial development and the construction of new residential areas. Due to this, growing traffic, loss of farmlands to grey infrastructure, increasing waste production, and air quality deterioration threaten the city. Therefore, a series of interactive events, workshops, awareness-raising campaigns and meetings took place in Gyor, aiming to develop the local Structural Plan. The ’smart city’ program started in the city enables the collaboration of large utility companies with local governments and universities to benefit from its natural assets.