Taewook Cha, founding principal and landscape architect of Supermass Studio, discusses how stories in the landscape are the key to professional excellence at the Land8x8 Lightning Talks. With 25 years of experience, Cha notes how landscape architects often use phrases and terms that seem like vaguely grand yet promising gestures. “Urban Life Forms” and “Exemplary Environments” seem like shining examples of design integrity but lack clear meaning and impact. Thus, the outlook of landscape architecture may not fall in the pinpointing of the terms that buzz the community.

When asked to present on Big Data and the Metaverse on behalf of the Korean Landscape Architecture Association, Cha openly admits “I know nothing about [it]”. He forgoes emphasizing places as averages of people-based information and instead focuses on the stories communities and individuals create within, around, before, and after a place. It is the qualitative experience of place that is the cornerstone to future practices over the quantitative data that is interpreted from these very human interactions. In other words, storytelling with landscape architecture is the way to create meaningful spaces.

Cha details three examples from the Supermass Studio team that depict storytelling in a variety of ways. The Mulberry Commons Park of Newark, NJ, a space which has undergone multitudes of change with its downtown context, was reprogrammed to support play and connection for all ages. Cha notes that the Making Strides Against Breast Cancer walk held in Mulberry Commons Park was a great showcase of how people make a space their own with family stories physically written for all to read. 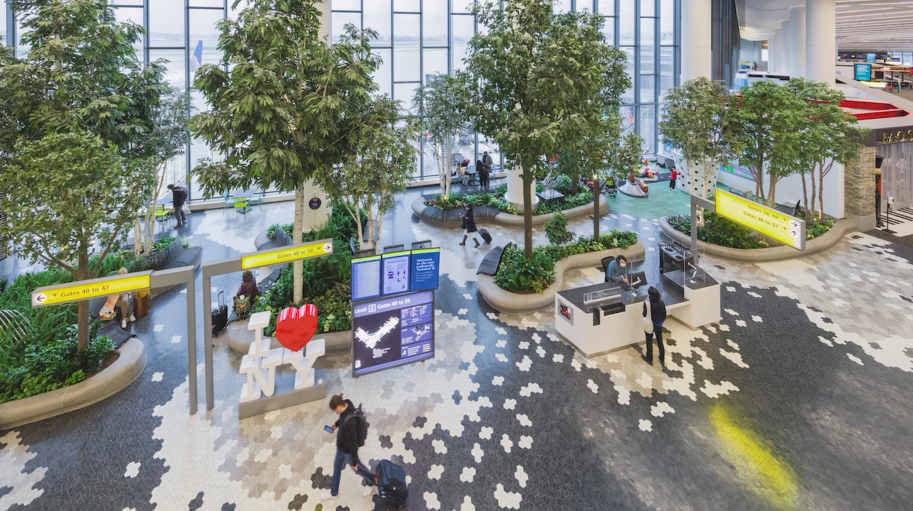 Notable designs such as the LaGuardia Airport and Rutgers Honors Living-Learning Community by Supermass were projects that both encapsulated and provided the groundwork for a memorable experience. Terminal B, designed to reflect the iconic feel of NYC parks, uses paving details and color palettes to mimic the contextual story visitors arrive to. The piazza design at Rutgers, the most diverse American university, proudly showcases welcoming and bold words in the respective languages of its students.

Even getting users a part in the process is a piece of storytelling. Cha’s Swingtones project in Strafford, NH directly involved youth campers in the process of these “swing-chime” installations. The landscape story, in this instance, started before the space was even finished.

In summary, Cha aims to emphasize the importance of the human experience in the future of landscape architecture and the rise of the Metaverse. Designs, to him, are not complete until the stories of community are layered and shared on top of the physical place.