Why are some cities happier than others? Is it because some host public art that is beyond imagination and can reach the heart of the audience. Take Bristol, for example, and the 90-meter-long slide along the steepest street in the city. As a part of car-free initiative of the municipality it will be open to the public for a single day in May. The project Park and Slide is a creation of the British artist Luke Jerram. With more than 17 years of experience, he has behind his back numerous sculptures, installations, live arts projects and gifts, many of them extraordinary and recognizable around the globe. One that is an absolute hit on international scale is “Play me, I’m yours” which is composed of pianos put in public spaces, on piazzas, in front of train stations or any place that people pass by and can stop and play for a while. 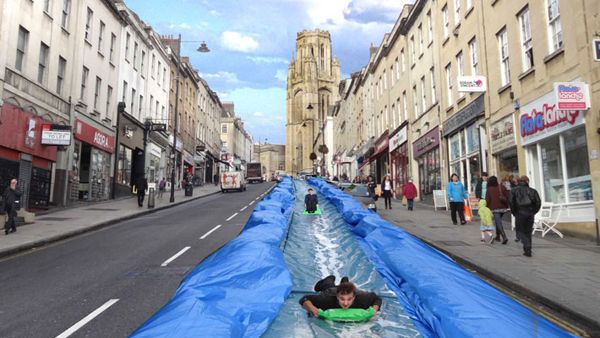 The project has been in 44 cities and more to go. In a 12 minute long lecture in London, Luke explains about the project: “It is not about my idea, it is about everyone else’s creativity”. The artist creates a bridge between the public and their own creativity. The artwork is the needed mediator between the everyday routine and the more exciting urban live. LAN writer Slavyana, caught up with Luke Jerram for an exclusive interview, here’s what he had to say: 1. What made you start working with live art in the public spaces. Why live art and not only sculptures and installations? It is all about the level of interaction between the art work and the interaction with public, it is a more direct way to reach the public. Instead of putting the art in galleries and museums, the live art gets the attention right away while people are walking on the streets. 2.Who are the main actors that are involved in the realization of a project– public authorities or private companies, what makes each project happen? Different organisations, art companies, music companies. They work very closely with city authorities to make sure it will happen. 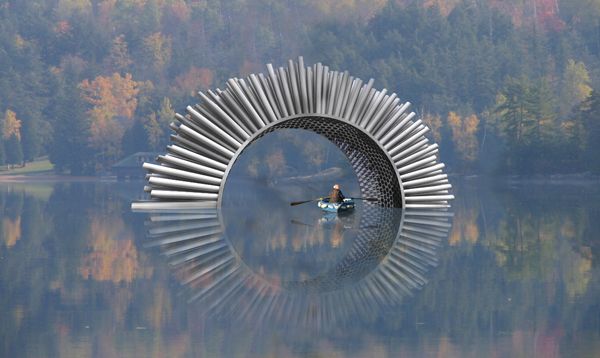 3. Which country/city are more interested in public art (if you have noticed such a trend) Canada, America, Europe. They have a long history with art work and public space and it is important that people understand the language of art. Its aim is to be understood anywhere in the world, in any place around the globe. the language and culture 4. Do you have a favorite project Not, really. They are quite different. I like The ring! Slavyana: It is the engagement ring that the artist created for his girlfriend that contains a recorded voice of the artist’s proposal. 5. What is the motivation behind your projects (What is the aim of each project)? Making the people and the authorities to think about the city in a different way, to trigger the creativity to transform a city, to shape the future in a different way. 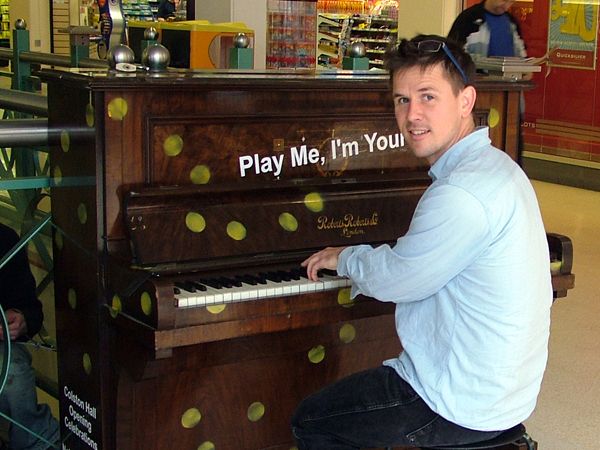 “Play Me, I’m Yours”, exploring the creativity of others, credit: Photograph by Luke Jerram

Luke Jerram has a book you can purchase called Art in Mind. It tracks the research and practice of the artist for the last ten years. His research of perception is fueled by the fact that he is colour-blind. “Think of a city as a canvas for creativity, it shouldn’t just be for the planners and authorities, and only they to decide about the city landscape.” Interview conducted by Slavyana Popcheva Published in Blog