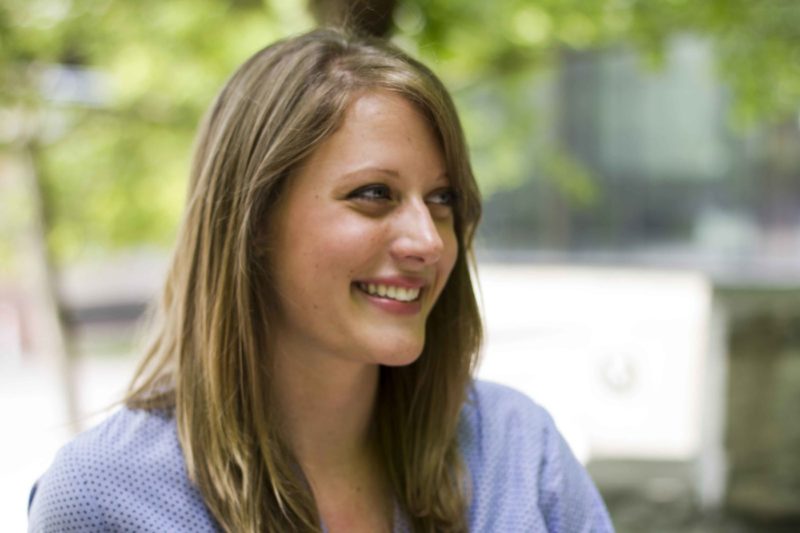 In late May, the Landscape Architecture Foundation (LAF) announced McKenzie Wilhelm as the recipient of the 2013 inaugural undergraduate National Olmsted Scholar award.  Considering her accomplishments in school at the Ohio State University, her work as an enterprising volunteer, and numerous extracurricular activities it’s not surprising that McKenzie was awarded the honor, but it is no less impressive.

McKenzie was excited to talk to Land8 about her award-winning project proposal.  In the following interview she described her research project for the Olmsted Scholarship and shared her thoughts on the landscape architecture profession.

Hi McKenzie.  As a National Olmsted Scholar you have been given a great opportunity to pursue independent study and research on a topic that interests you. You proposed to study alternative and sustainable practices for a proposed mining site in Alaska.  Can you tell us a little more about the project?

I can’t talk about this project without first mentioning my research partner David Shimmel (Editor’s note: David is the 2013 Graduate University Olmsted Scholar at the Ohio State University), with whom I collaborated on the idea.  The project emerged from my interest in large-scale infrastructure and modularity, and David’s interest in the controversial mining practices in Alaska.  The Olmsted Award is a huge honor and I am grateful that it will allow me to pursue this research. 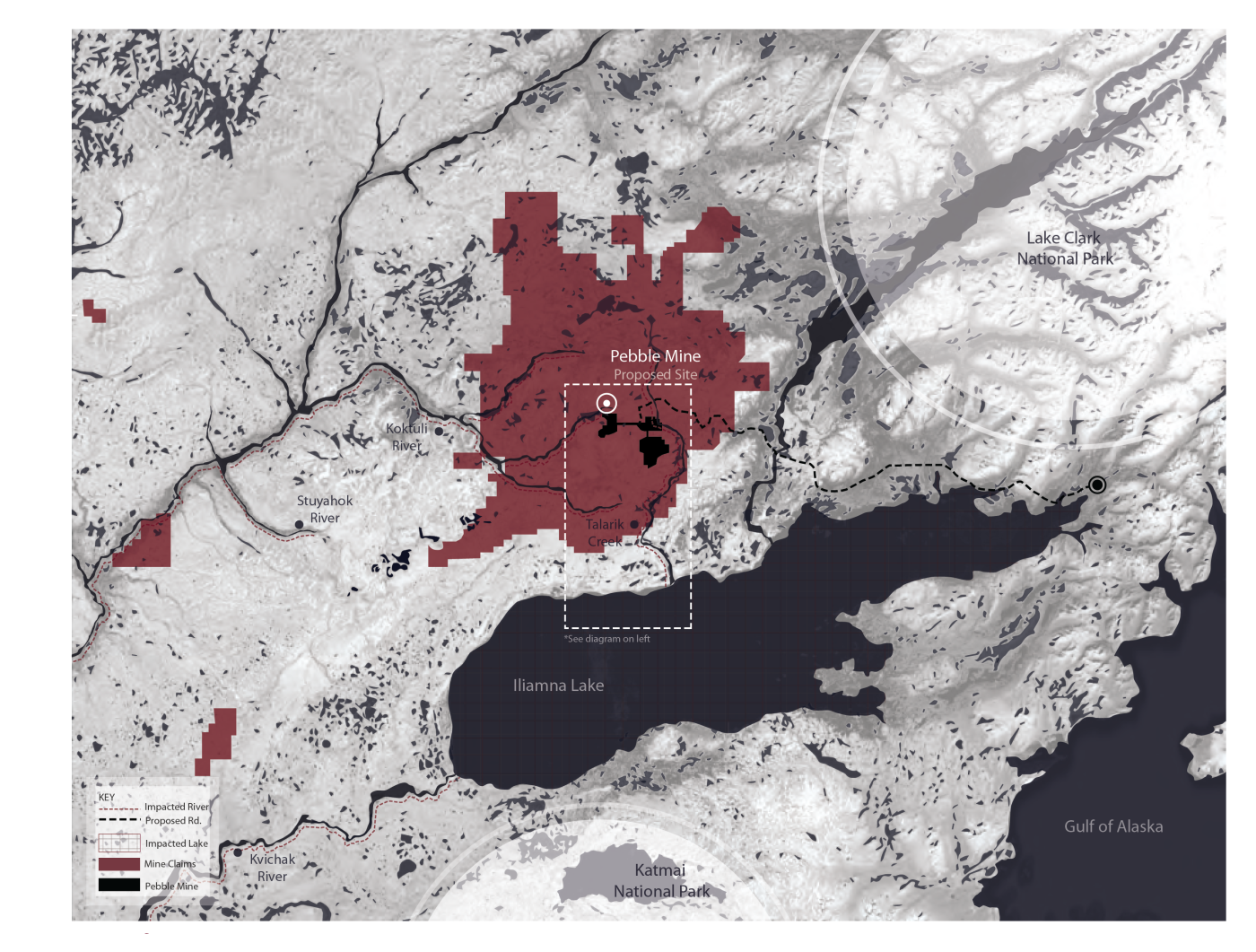 The research project is focused on the proposed Pebble Mine, 200 miles southwest of Anchorage, Alaska.  The Pebble Limited Partnership, a conglomeration of international mining companies, currently owns the rights to the Pebble Mine claim. The mine sits on one of the most abundant copper and gold deposits in the world. While the Pebble Mine Partnership is currently in the permitting process, some conservation groups and local communities are resisting the proposed mine because of the mine’s ecologically sensitive location. This area provides critical habitat for salmon, a keystone species in the Bristol Bay watershed.  David and I position our research as neither advocating for or against the proposed Pebble Mine, but instead take a proactive approach to address the potential risks associated with this mining endeavor.

What kind of proposal do you envision for the site and why is it important?

This project is about large-scale landscape infrastructural interventions and the importance of ecologically sensitive development.  Ultimately, our proposal proactively intervenes within the permitting and design phase before the mine is constructed.  There are toxic byproducts produced during the mining process that could contaminate the adjacent rivers, so we are researching systems that could mitigate the toxic runoff.  Since these chemicals persist in perpetuity, their containment becomes a critical concern.  Because the site is so vast we are researching transitional tools that can adapt to the varying conditions of the terrain, working with the idea of a modular intervention.  Modular interventions can be economical to produce and easily repeated throughout the site.

How did you come up with the idea of using modularity as an intervention mechanism?

Modularity is a concept that I studied under Assistant Professor Katherine Bennett during spring studio.  It comes from the idea of mass assembly that can be done efficiently.  I see the modular approach as a way to take a complex design idea and distill it into a malleable, mass-produced object. Professor Bennett was an important influence on my Olmsted Scholar proposal. 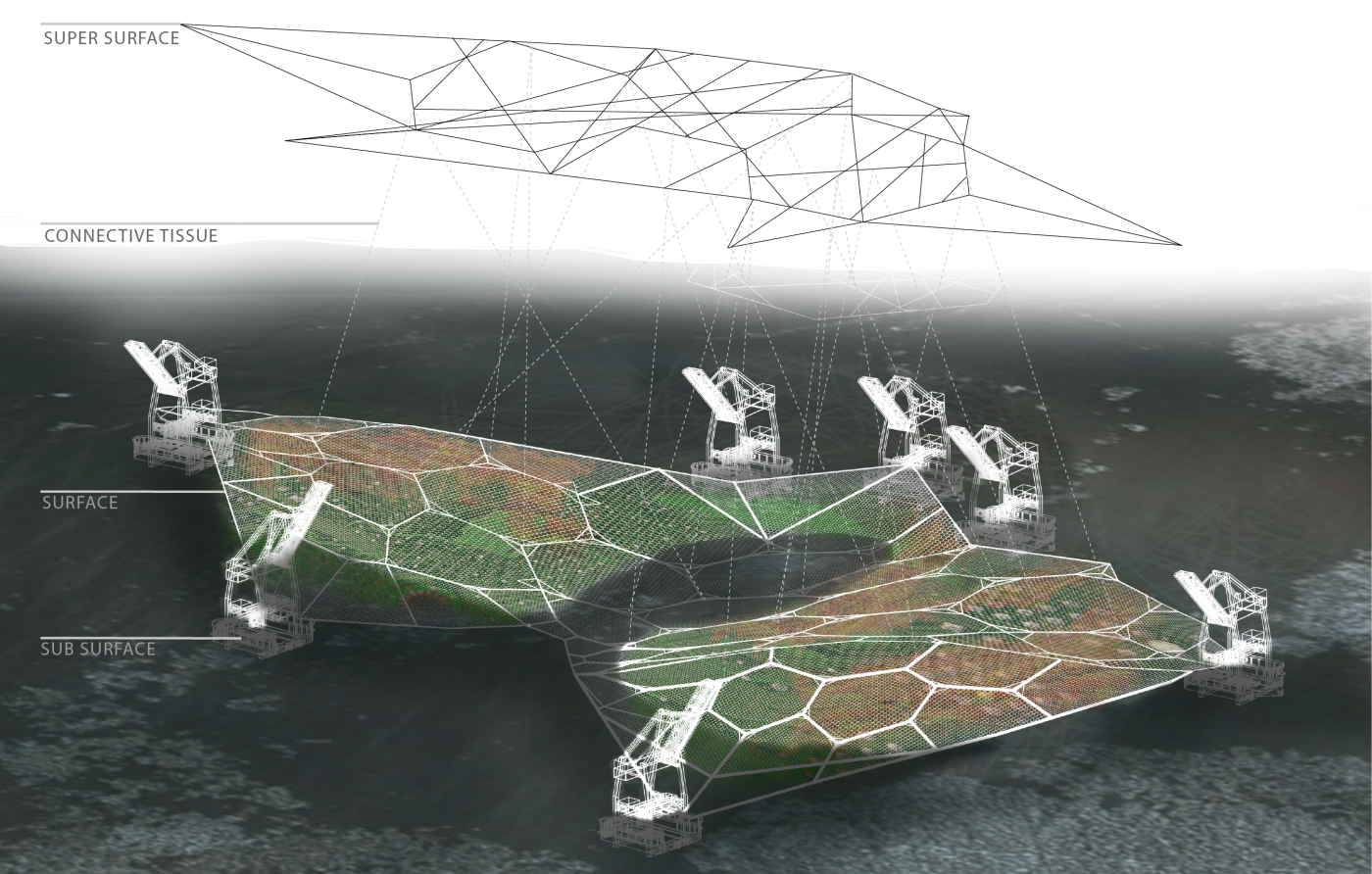 The module that I envision for this project is one that is quickly and easily assembled on site, designed for a contextualized intervention.  If we can design a modular system that can address specific, localized issues on the mining site then it may be an acceptable approach for quick intervention. The research concerning exact application for a modular system is ongoing and will be addressed as we continue site research.

What are some of the challenges you anticipate with this project?

The scope of the project presents the biggest challenge.  We have divided the project into several research phases where we will be studying the mining process, contextual and site analysis, and design interventions.

Another challenge is that the site is so remote.   We’d like to visit other more accessible precedent mining sites to study the complex interactions between social, environmental and economic realities.  Then next summer we will visit the actual site in Alaska.  Our time there will be limited so it is important to do thorough research beforehand.

The Olmsted Award also allows me to challenge myself by branching out into new topics that I haven’t explored much in school.  Along with the ongoing research with David, this has evolved into my senior thesis project and dedicated studio topic next year.  Ultimately, I hope that my work for the Olmsted project can be developed into a publication.

In honor of Frederick Law Olmsted, the namesake of the LAF Olmsted Scholars Program, what FLO project do you admire most?

It may be a cliché, but I love Central Park.  It is remarkable how Olmsted was able to envision the importance of open space for New York City. His design is a striking testament supporting the importance of careful planning for our space and resources. Essentially, he had a good idea about what should be there and he made it happen.

And now the Olmsted Award has enabled McKenzie to take her own good idea and make it happen.  Congratulations on your award, McKenzie.  We wish you good luck for a successful project!