The city of Detroit could soon look much less like a city, and much more like a wilderness bringing to life an urban forest.  Due a high concentration of vacant properties, it has long served as a palette for designers to test large scale interventions in an aging urban core. Only recently has one of the many proposals start to come to life.  Locally based Hantz-Woodlands has reached a deal with the State of Michigan to purchase 1,500 parcels of land for $500,000, with the intent of planting an urban forest on what is now mostly a vast landscape of abandoned homes and overgrown weeds. 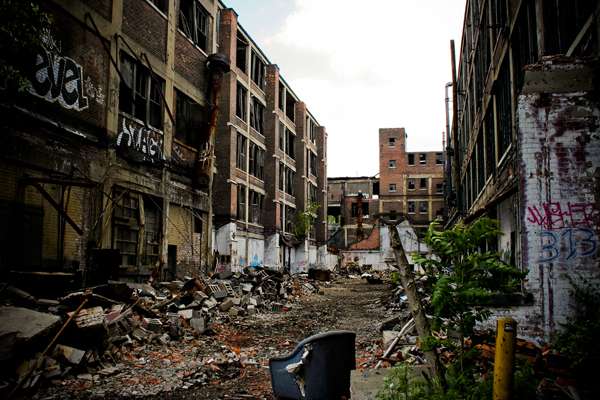 The project will take place in the Indian Village Neighborhood on Detroit’s southeast side.  Within the perimeters of the project (Van Dyke to the west, St. Jean to the east, Mack to the north and Jefferson to the south) there are 180 city-owned vacant homes. What differentiates the Hantz-Woodlands project from some of the other outside groups is their commitment to invest and improve the neighborhoods, not only from a personal standpoint, but part of their new contract. Hantz employees have already begun regularly mowing overgrown lots, inspiring nearby homeowners to get involved as well as take better care of their own property. The plan is to be carried out in the next 2 years, with intent to demolish at least 50 vacant homes, and plant entire blocks with hardwood trees.  The trees selected are mostly Oak, Maple and Poplar, so they will reach full maturity in roughly 50 years, proof that this project is truly an investment rather than temporary relief. 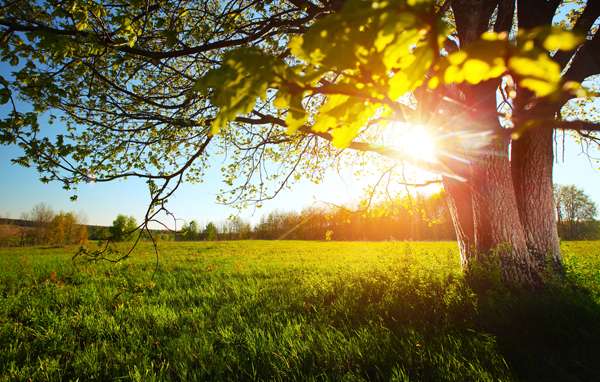 Will we be seeing mature oak trees like this in Detroit? , image credit: shutterstock.com

You may also like our Top 10 Sacred Trees, which includes oak and many more great specimens. Transforming the city into an unique landscape None of these planted zones will be private or fenced off, but rather open to the public. The hope is that the people in the community will transform and adapt the spaces to fit their needs- the trees are simply a framework.  Although residents are encouraged to help maintain the new green space, Hantz will cut the grass regularly and ensure proper growth of the trees for the duration of the project. Some critics of the project have questioned why more isn’t being done in terms of creating a productive landscape for urban agriculture. Proponents say that the concept of urban food forests, as found most notably in Seattle, is not feasible in Detroit for several reasons. The pros and cons of an urban forest A large amount of the soil is contaminated from industrial waste, and the climate is much more frigid than that of the northwest, eliminating many of the options found in Seattle.  In fact, Hantz-Woodlands is itself a faction of the larger organization Hantz-Farms, whose main focus is…you guessed it… urban agriculture.  In Detroit, however, they have opted for a different approach that would focus more on solving social and environmental issues, although it is a goal to implement food systems if possible. The plan would create grassy lawns shaded by clean rows of trees, with the intent to provide safe, visually appealing parcels of land that had previously been dangerous eyesores. Below: Hantz Farms: Detroit’s Saving Grace Detroit has seen countless proposals due to its status as the poster child of dying industrial cities of the Midwest. Architects from all walks of the profession have had a hand in putting forth new ideas to reinvigorate a city that has become a shell of itself. All this interest has seemed to finally result in tangible results, and perhaps the tables have turned, with the city now serving as a positive example for others.  Officials from Cleveland and Indianapolis have taken an interest in the project, proving that once someone takes that bold step of turning a plan into reality, others take note. Article written by Peter Salamon. Featured image:  Atomazul / Shutterstock.com Published in Blog