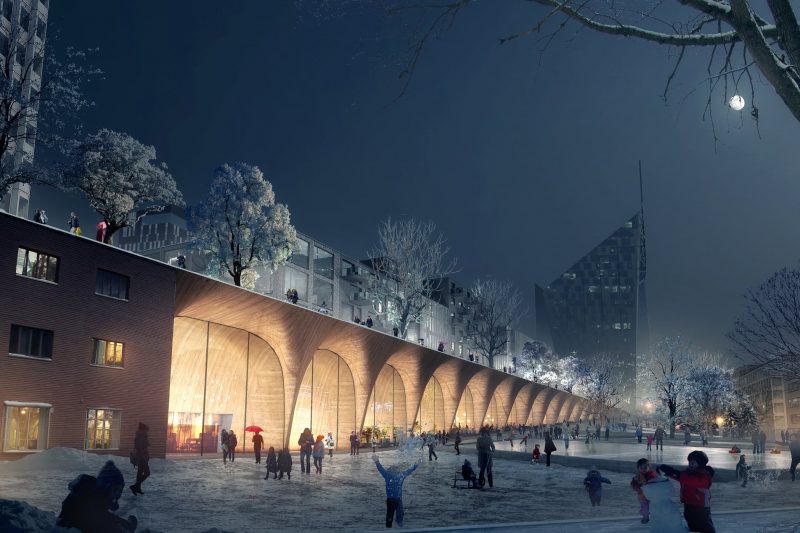 Tampere (Finland’s second city) is the largest inland city in the Nordic region, serving an area containing over 505,000 inhabitants. With a long and productive industrial heritage, Tampere is the fastest growing city region in Finland with a projected increase in population of 23% by 2030. With this rapid expansion and internationalisation comes a staggering estimated €6 – €10 billion investment in the city. In this article, we take a brief look at how some of that €6-10 billion is being invested in the urban design of this prosperous city.

One of the major investments currently being implemented in Tampere is the new 14-mile (23 km) tramway, which connects the city centre with Hervanta to the south, the university hospital to the east, and in the second phase Hiedanranta and Lentävänniemi to the west. This smooth and seamless transit network connects with local buses and cycle routes to provide sustainable public transport options. Each tram will carry 240 passengers or the equivalent of three buses or 185 cars. The first phase of the tramway will be completed in 2021, with the second phase due to be completed in 2024. The design and construction of the tramway will be undertaken by Tramway Alliance made up of the City of Tampere, Tampere Tramway Ltd, YIT Construction Services, NRC Group, and Pöyry Finland Oy.

In addition to the benefits to public transit, the tram project will include upgrades and benefits to the public realm. For example, many new green areas are planned along the route of the tram, including the planting of over 200 trees. The main street in Tampere, Hämeenkatu, will also receive upgrades in the hard landscape materials and street lighting.

The new tramway will feed a central transport and service hub in Tampere, where all modes of transportation will come together. The international ideas competition to design this centre was won by Danish architects COBE and Finnish architects Lundén Architecture with their proposal ‘ReConnecting Tampere’. Detailed plans for the transport hub are due to be completed in 2019, with the first phase of construction already underway. Cobe and Lundén Architecture’s vision for the area includes a new Central Park which will act as a green lung for the city. The recreational landscape will provide year-round activities for local residents and visitors and will include a vibrant commercial arcade, acting as a link between the upper deck area and the lower level park. 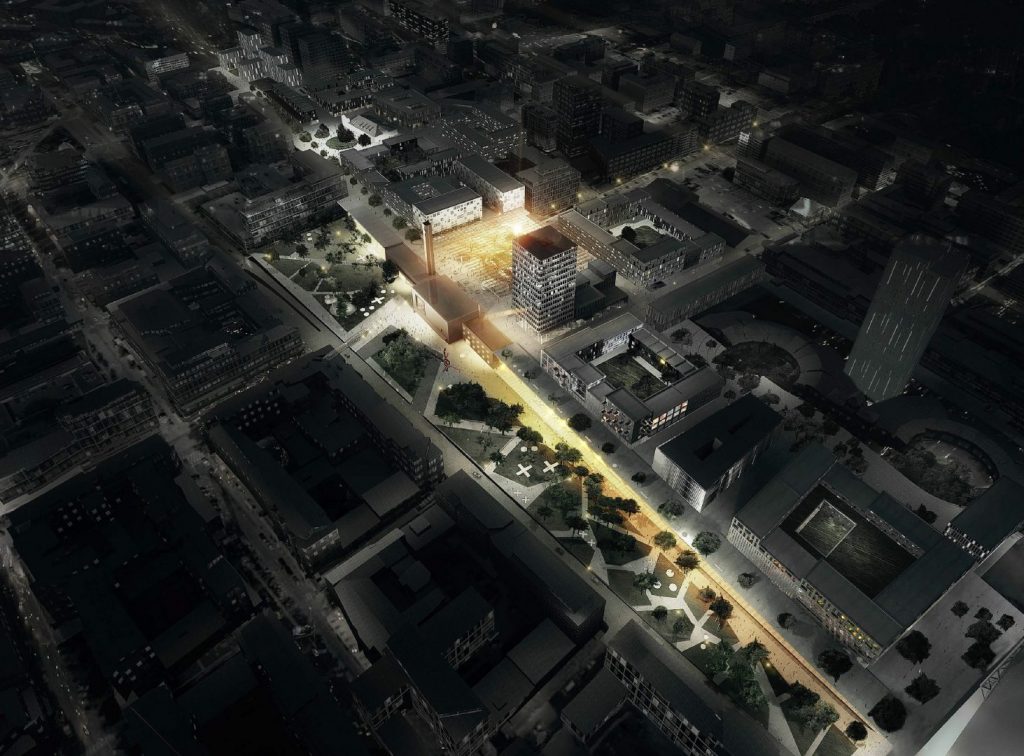 Above the railway tracks, there will be a new downtown centre accommodating a world-class ice hockey and entertainment venue with a capacity of 13,000 people. The area will also house a 21,500 square foot (2000 m2) casino, and some 1,000 new apartments. The Deck area has been master planned by Studio Libeskind, together with project architects  AIHIO Arkkitehdit oy, structural engineers Ramboll Finland, and zoning by WSP Finland Oy, with SRV as the main contractor responsible for design, development and construction. 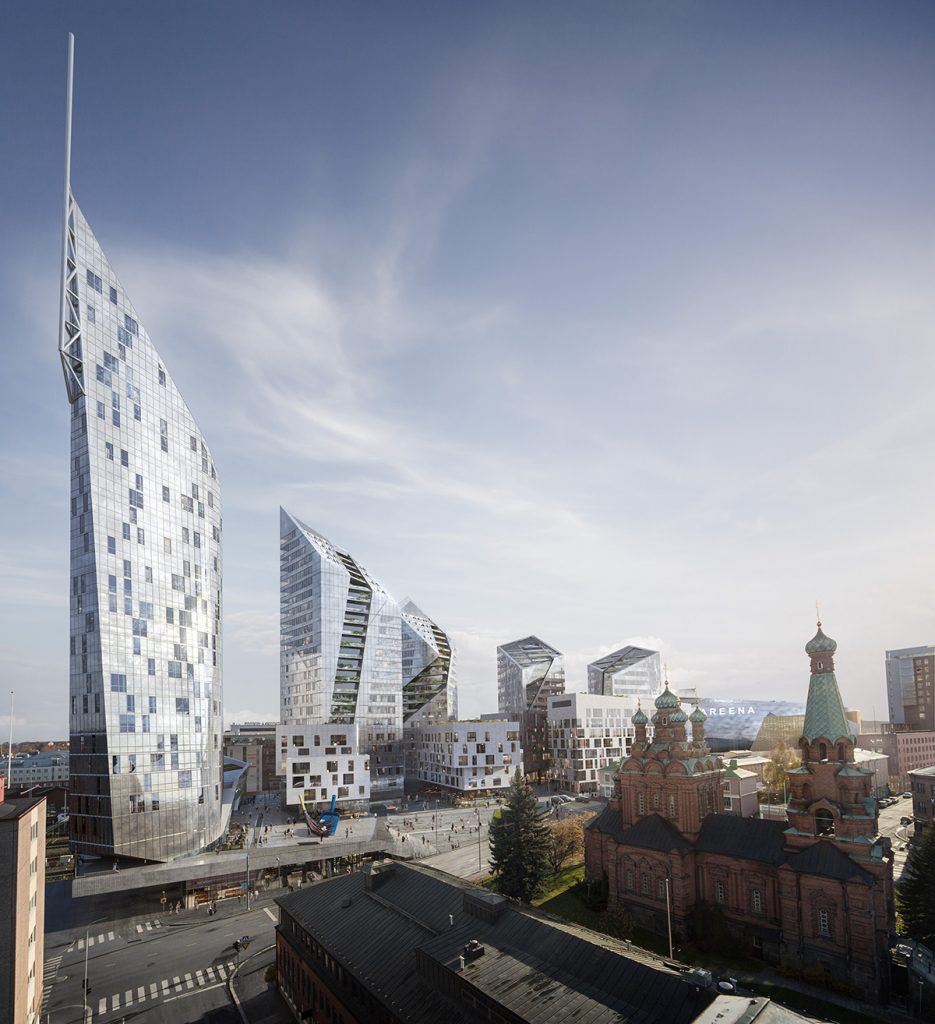 Hiedanranta is a new district to the west of Tampere that, when complete, will accommodate 25,000 inhabitants and create around 10,000 new jobs. In 2017, the international ideas competition was jointly won by two proposals: Innovaatiolahti by Mandaworks of Stockholm, and Schauman & Nordgren Architects of Copenhagen; and the Reflecting TRE proposal by Arkkitehtuurityöhuone BUENAVENTURA (Later Jolma Architects, TUPA Architecture and Architecture Studio NOAN) of Tampere, Finland. The structure plan for the district was adopted in December 2017, and the master plan will be completed soon. The adopted structure plan features a new downtown city centre built around a historic refurbished and repurposed factory and three large islands on the lake. Hiedanranta will be connected to the city centre via the new proposed tramway. Green and blue infrastructure networks wind throughout the proposed development connecting places and offering passive and active recreation opportunities. A large central green corridor integrates the existing city block structures of two areas and accommodates new recreational parks and green spaces, acting as a large central park for the district. 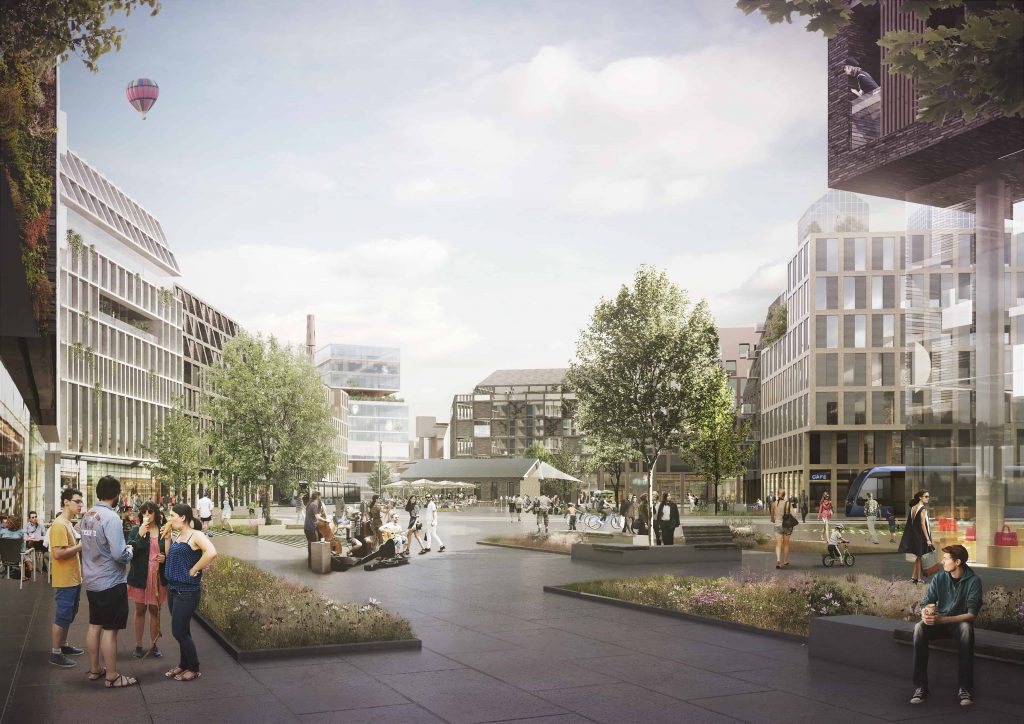 Hervanta is an existing district located to the south of Tampere comprising a mix of 1960s and 70s architecture and university campus. In 2017, BST Arkkitehdit Oy, together with Sito, Hartela, and artist Karoliina Suonio won first place in the ideas competition to design new blocks for the northern axis of Hervanta, including 930,000 square feet (86,400 m2) of residential space, and 368,000 square feet (34,200 m2) of business and commercial space. The proposal integrates the new tram line, while providing green roofs, and active ground level functions organised around public open spaces. 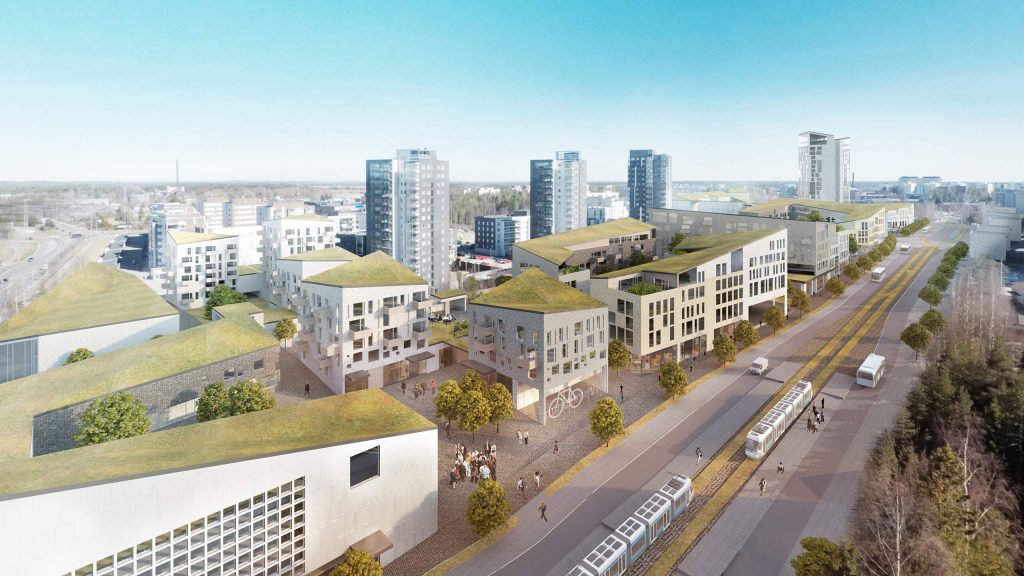 Vuores is a new sustainable district located to the south of Tampere surrounded by unspoiled nature. The area is already under construction, featuring a downtown area arranged around the Vuoresakio central square, and several suburban neighbourhoods. Once such neighbourhood, Isokuusi, will become a beacon of sustainable industrial wood construction, and incorporate renewable energy and smart solutions. The master planning has been undertaken by B&M Architects. The area will eventually form the largest wood-constructed area in Finland. Single-family homes and multi-storey apartment buildings will be built from new, innovative, and sustainable wood products.

Access to nature and green spaces is a key feature of the Vuores master plan. The central park in Vuores acts as an outdoor living room for residents to meet and relax. The park will also perform ecosystem services through stormwater management with stormwater basins, water routes and flood meadows. Several allotment gardens are planned and will include accessible raised-bed style planters, ensuring all residents have the opportunity to grow their own sustainable food. 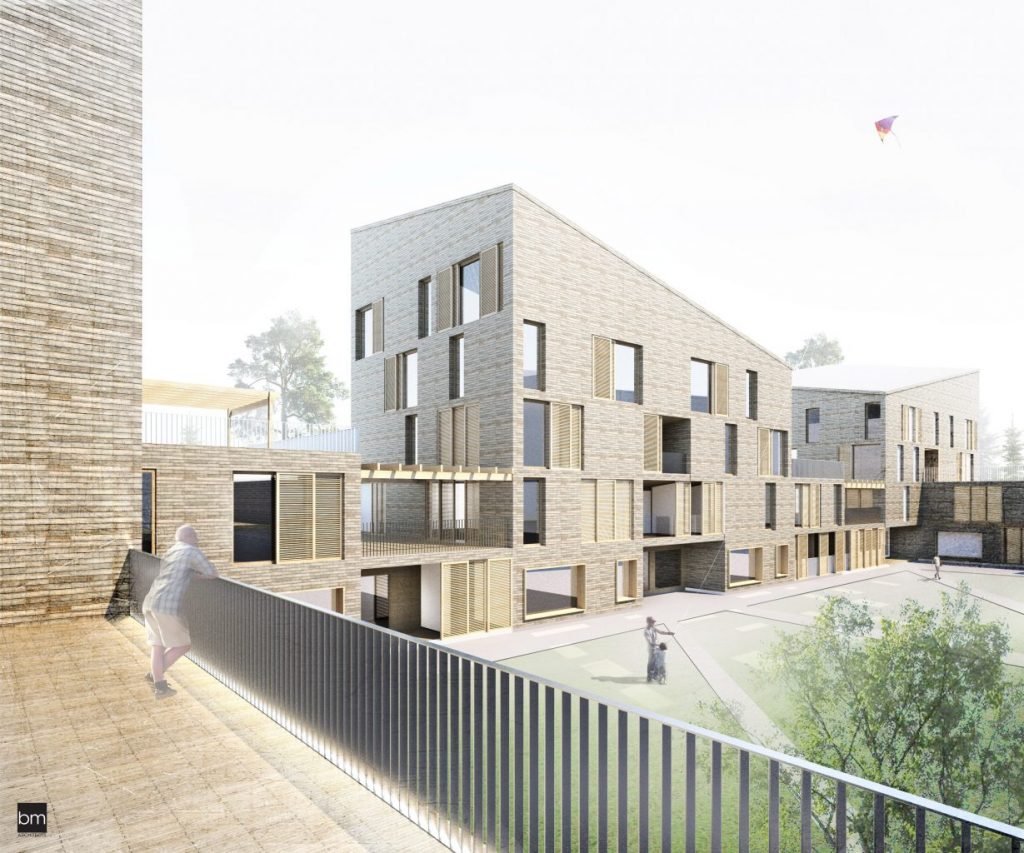 The secured investment of €6-€10 billion in Tampere represents an ambitious plan by the City of Tampere and its partners to reinvigorate the city’s urban fabric. The strategic planning of the city as a whole enables new areas to be connected via the new tramway that will stimulate urban redevelopment in existing areas. Proposed developments like the Central Deck, with its casino, hotel, and multi-purpose venue will attract visitors and businesses alike. New mixed-use and residential areas such as Hiedanranta, Hervanta, and Vuores will ensure the sustainable growth of the city in the future. Sustained growth of cities is difficult to achieve. However, by carefully planning ahead, integrating phased development, sustainable public transit, and taking advantage of ecosystem services provided by green and blue infrastructure, Tampere is set to become one of the most attractive cities to live and work in the Nordic region.