Richard Haag is one of the most important and influential Postwar landscape architects in the United States. To honor his legacy and to promote landscape architecture, The Cultural Landscape Foundation (TCLF) and the Washington Chapter of the American Society of Landscape Architects have launched a Kickstarter campaign to raise $12,000 to fund the completion of a new Pioneers of American Landscape Design video oral history. You might remember their most recent series from last fall that highlighted the work and wisdom of landscape architect Laurie Olin.

Launched by TCLF in 2003, the free Pioneers series documents, collects, and preserves first-hand information from pioneering landscape architects and educators. This year’s oral history on Richard Haag will mark the eleventh in the series and will be the first to chronicle a Pacific Northwest practitioner. Funding is needed to finish the production of the series, which has a hopeful launch date in late spring 2014. 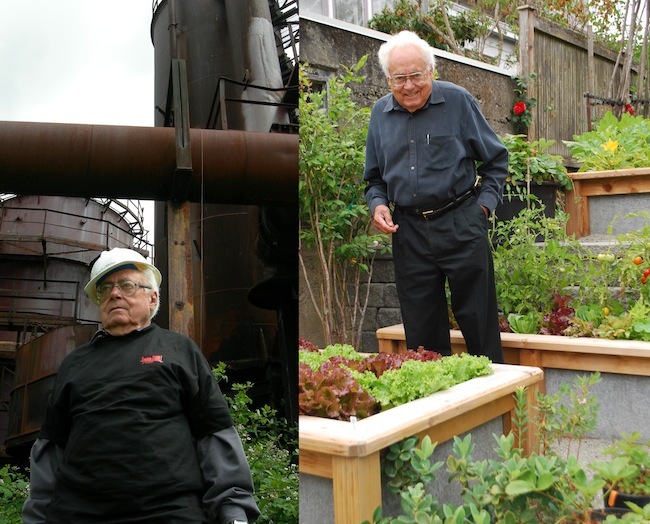 Haag, who has been in practice for more than 50 years, is internationally acclaimed for his innovative environmental and ecological design solutions from the sublime Bloedel Reserve on Bainbridge Island, Washington to the iconic Seattle’s Gas Works Park, a former industrial site turned public park. He is also a Founder and Professor Emeritus of the Department of Landscape Architecture at the University of Washington.

The oral history project will cover Haag’s life and career from the time he began teaching landscape architecture at the University of Washington to the present day in approximately 25 richly produced video clips. Filming, which was completed in spring 2013, was done by Tom Fox, an award-winning photographer and Principal and Director of Imaging and Media Services for the majority of the SWA Group offices. Award-winning filmmaker and Emmy-nominee Gina Angelone is currently handling post-production.

The Pioneers oral history series is one of the greatest examples of how we can raise awareness and understanding of landscape architects such as Richard Haag. An additional $12,000 in Kickstarter funding would ensure completion of the Haag video oral history and the spring 2014 launch. In honor of Haag’s legacy, National Landscape Architecture Month, and Earth Day, we invite you to visit the Kickstarter page as well as past series on oral history subjects such as Lawrence Halprin and Cornelia Hahn Oberlander.