Most people’s interaction with maps is on their phone these days and will continue to be for the foreseeable future. However, the landscape architect knows that mapping is one of the keys to both speculative design and its representation. A map “merges spatial precision and cultural imagination.” With data being increasingly ubiquitous, the transformation of maps into artistic visualizations has increasingly become a greater part of the design process. At the same time, data can be a crutch that eliminates “speculation and agency, while supporting a methodology that looks for projects to emerge out of an illusory objectivity.”

Cartographic Grounds: Projecting the Landscape Imaginary  explores the varied methods of geographic representation and the intricacies of translating maps to plans – from representation to intervention. Jill Desimini and Charles Waldheim, both of Harvard’s Graduate School of Design, have produced one of the most visually stunning books I have had the pleasure of reading this year. The book represents the culmination of work that was showcased in an exhibition in late 2012 at Harvard.

According to the authors, the ability of maps to not only represent space but also to depict “unseen and often immaterial forces” holds the “projective potential of cartographic practices that afford greater connection with the ground itself, making present and vivid the landscape, as it exists and as it could be, both to the eye and the mind.” This power is wielded by all landscape architects to varying degrees of success. Thus, it is the transformation methods of data to plan that are the focus of this the book.

Desimini and Waldheim explore and dissect ten key cartographic conventions and show how historical as well as modern practices levy their unique characteristics to provide better analysis, convey more information, and to increase the usefulness of a plan. The aforementioned map typologies discussed are:

The authors assert that “the cartographic imagination is a study of the importance of multiple representations – of seeing and depicting various realities depending on the relevance of the occasion.” This abstraction is fundamental to the future of mapping. Google understands this as well and aims to personalize maps to an even greater degree in the future for better representation and to aid us in translating that data into interventions.

The book is light on text and heavy on images which show contrasting styles as well as engaging examples within each typology.

Cartographic Grounds asks “readers to return to traditional cartographic techniques while reimagining the manifestation and manipulation of the ground itself.” The authors advocate that the thoughtful and thorough application of these techniques will clarify and elevate both design and its ability to translate it to others. The book is light on text and heavy on images which show contrasting styles as well as engaging examples within each typology.

One of Waldheim’s other books published in 2016, Landscape as Urbanism, has also been profiled by Land8 as well as his involvement in the LAF Summit in June of 2016. Below is a video of Waldheim’s presentation provided courtesy of The Landscape Architecture Foundation:

—
Benjamin Boyd is a landscape architect practicing in Baltimore, Maryland. Check out his profile on Goodreads to see what he has been reading. Ben tweets at @_benboyd. 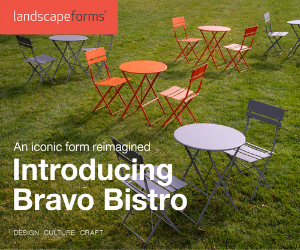