If you are looking for an ordinary gardening book, sorry, this is not for you. Anne Wareham reveals in “The Bad Tempered Gardener” how she took on the challenge of designing and maintaining a quite large parcel of land, turning it into one of the most acclaimed gardens in Wales — the Veddw. Bored with the predictable garden reviews in newspapers and magazines, Wareham decided to engage in critical writing, as well. “I began to get tired of hearing every garden described as ’lovely’,” she said. Today, she is a respected critic and the founder of Thinking Gardens, a group with the support of the Royal Horticultural Society (RHS) that encourages serious discussion of gardens. The book Driven by a compelling wish to have a real garden, Wareham and her husband,  photographer Charles Hawes, moved away from, crowded London. In search of more scope, they went to Monmouthshire, at the Welsh border: an unfamiliar environment where they had difficulties settling in and struggled for acceptance. There, the couple designed and executed an experimental garden, the Veddw, which has an unusual color scheme, strong shapes, and straight lines sure to have an impact on visitors. Get it Here! 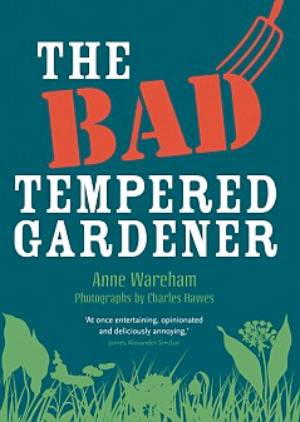 Wareham shares with the reader the labor-intensive maintainance of the Veddw, the painful visits to local nurseries, and her disappointment with the garden world — as was to be expected from a bad-tempered gardener! However, she unfolds new perspectives on gardening, which are a real treasure. She claims that plant addiction is not the only way to engage with a garden, complains about the banal reverence for nature, and declares that some consolidated gardening techniques are a waste of time and energy — which goes against traditional concepts. But bringing up controversial topics was not well received by the garden media: “I attempt to waken the garden world up but it deeply resents my shaking it,” she says. Her character, determination, and courage are inspiring, and very well expressed in the book (as well as in her garden). A must read for rebels Most reviews emphasize Wareham’s grumpy writing style and how much she hates gardening (yes, it is true), but I will take another direction: Wareham just wanted to make a place for herself in an alien world, like most of us do. Through the designing of the Veddw, she found an opportunity to express her (clearly rich) inner world. The process of creating your own garden also has a deep psychological side to it, as it strengthens our sense of belonging. Get it Here! 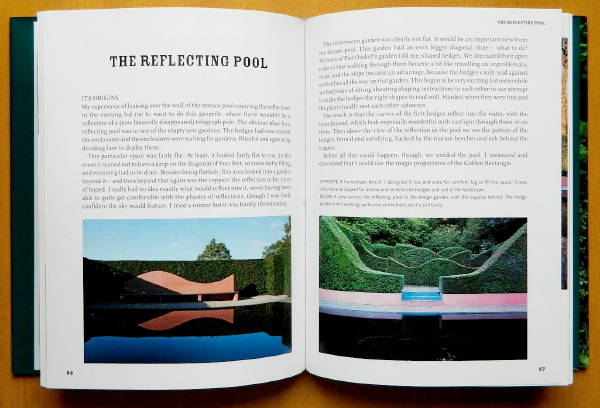 Gardens have always captured people’s imagination as a retreat into a world of our own. This is particularly relevant for those who have ever felt “exiled” at some point in their lives and have found refuge among plants. Quoting the American poet Henry David Thoreau, “Nature is a prairie for outlaws.” The Bad Tempered Gardener

About the Author: Anne Wareham is a renowned British gardener, designer, critic, and writer. She was a judge on the TV series “I Own Britain’s Best Home and Garden” (Channel 5), was considered one of the most influential British gardeners by The Telegraph in 2012, and is the founder of the group Thinking Gardens. Wareham and her husband, Charles Hawes, designed and have maintained the Veddw together for the last 25 years. Hawes’ beautiful pictures illustrate “The Bad Tempered Gardener” and are featured in many gardening magazines and newspapers. Publisher: Frances Lincoln Type: Hardcover Page length: 168 pages Book review by Julia Lucchese Enjoy what you’ve read! Support us and pick up one of our awesome T-shirts and hoodies today, Click the link