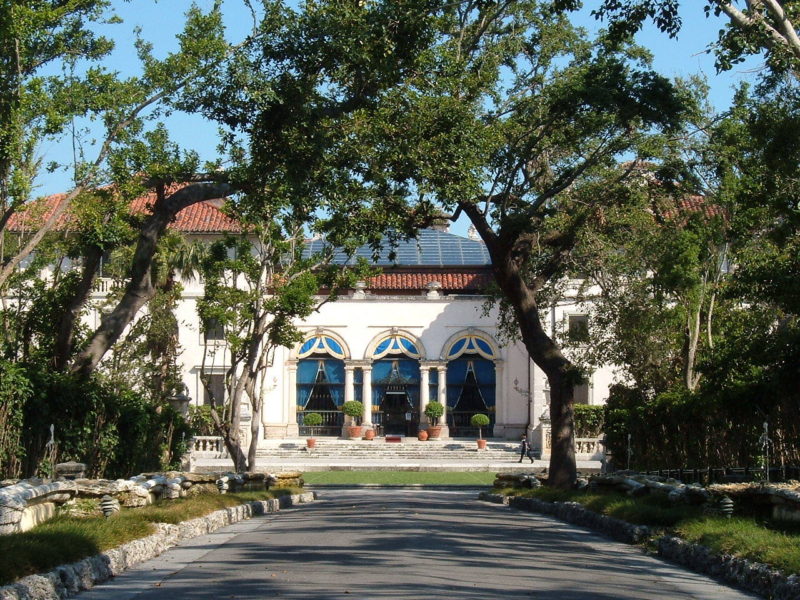 When I was a senior in high school, I went on a student trip to see a performance of a Shakespeare play in the gardens of Vizcaya, an estate in Miami, Florida. Admittedly (and a bit embarrassingly), I don’t remember what play it was or much about it, because I was more transfixed by the moonlit atmosphere of the gardens where the play was staged. My tastes in garden and landscape design have run far in another direction since then, but when I went for a return visit this year with family (followed by mind-numbing amounts of delicious Cuban food in Miami’s Little Havana neighborhood), I remembered why I found it to be such a special place.

Vizcaya, which is now run as a museum, was conceived by James Deering, a wealthy industrialist whose father founded what became the giant International Harvester company, the largest agricultural machinery producer in the United States. His interest in sailing, landscaping and plant conservation, coupled with health problems for which his doctors recommended a warm climate with plenty of sun, led him to South Florida, where he began planning his estate in 1912.

Deering bought 180 acres of shoreline mangrove swampland and inland native tropical forest. Deering made preservation of the native forest mandatory on the raised area inland where building his estate would have been logical, instead siting the house and gardens on Biscayne Bay, thereby creating an important link between the estate and the landscape. He left the native forest on the bulk of his estate intact.

The designers of Vizcaya adapted historical European aesthetic traditions to South Florida’s subtropical climate and ecology. While using Italian and French garden layouts and elements, they built the hardscape elements using Cuban limestone and Florida coral, and planted the garden with native vegetation and other plants (including palms and Philodendrons) uniquely suited to the Florida subtropical climate. 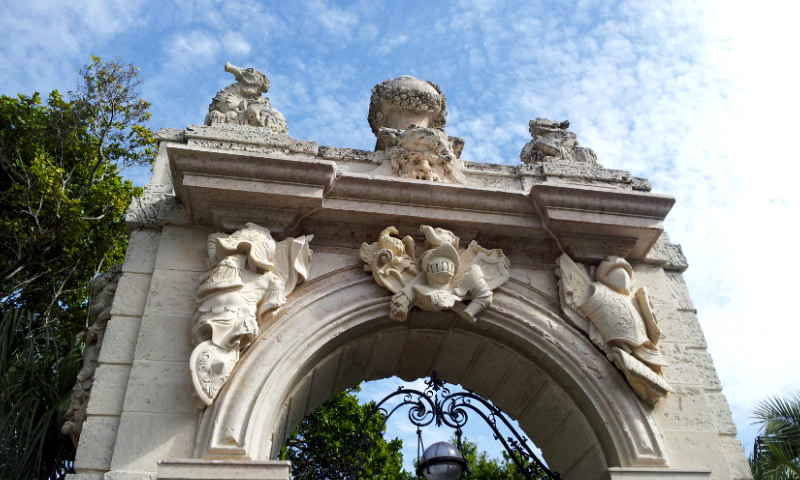 In 1916, the house was complete; the gardens were finally finished in 1921. The gardens, inspired by 17th and 18th century gardens in Italy and France, were designed by landscape architect Diego Suarez, with collaboration by Deering and estate Artistic Director Paul Chalfin. Suarez created the gardens as a series of rooms, with the central space dominated by parterres; “rooms” included the Maze Garden, Secret Garden, the Fountain Garden and the Theater Garden, where I must have seen that Shakespeare play 26 years ago. 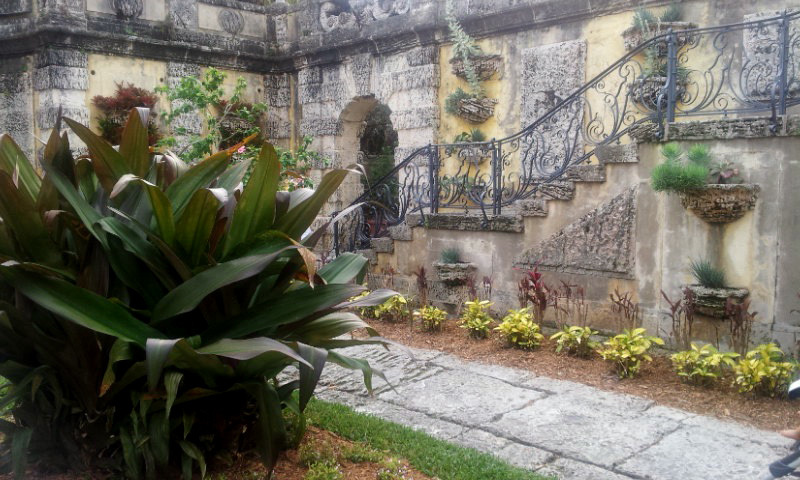 Suarez realized that his original design, which incorporated a series of terraces between the house and a large lagoon, would subject visitors to reflections of the harsh Florida sun off the water. He also realized that the garden would “melt” into the surrounding mangrove swamp and native forest. He solved that potential problem by creating what is called the “Mound” as the garden’s focal point to shield the house and establish elevation to enhance perspective, building a small formal garden structure called the Casino at the top. Perspective was exaggerated by the use of low hedges that fan out from the garden’s South Terrace. 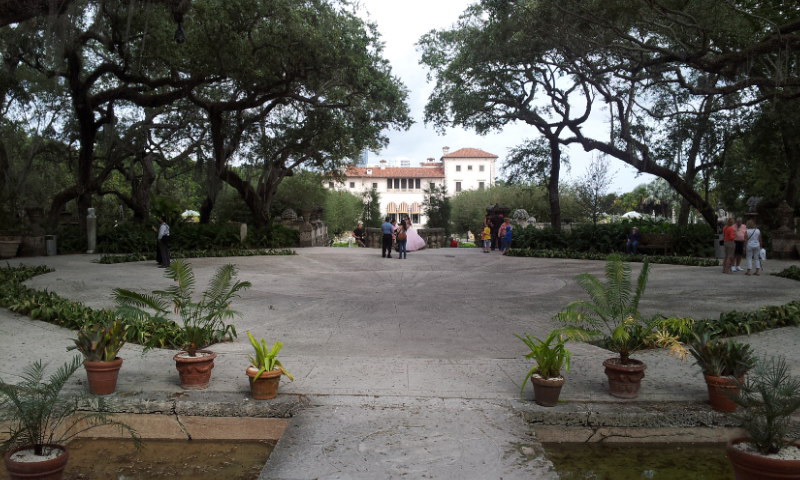 Suarez left the project before it was completed, but is now credited (along with Chalfin) with creating what is known as one of the most significant American formal gardens. Even though the outer gardens he designed (which referenced North Africa, Asia and the Florida Everglades) no longer exist, there’s still much, much more to appreciate about Vizcaya today. 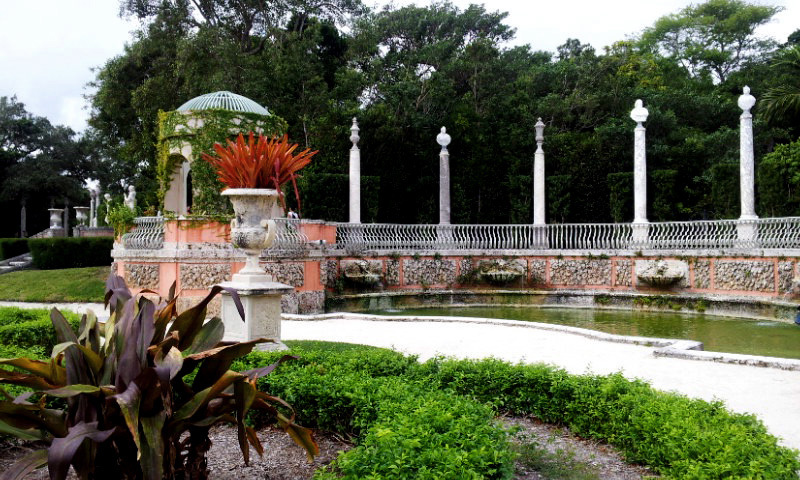 In these photos of the garden and estate below, you’ll see some of the solutions that the architects found to solve the enormous challenges of the site, including leaving a forested area intact between the gardens and Biscayne Bay to create a buffer from storms and hurricanes. In addition, the offshore stone barge not only served as a romantic stop for party goers (who were rowed out by gondoliers, no less), but also served as a breakwater to protect the grounds from tides and storm surges. You’ll also see the previously mentioned use of local materials such as Florida coral, Cuban limestone and native plants throughout. 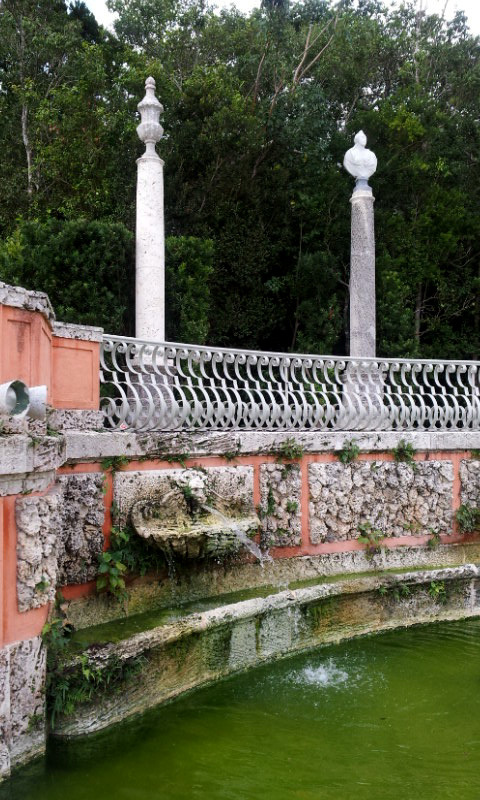 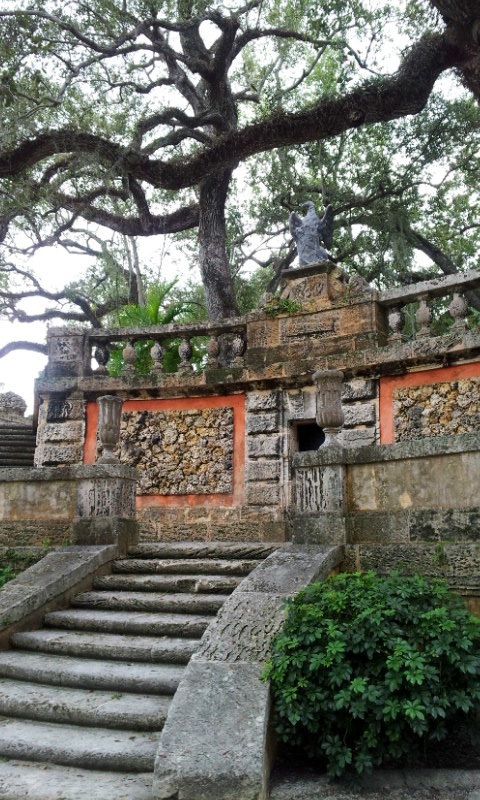 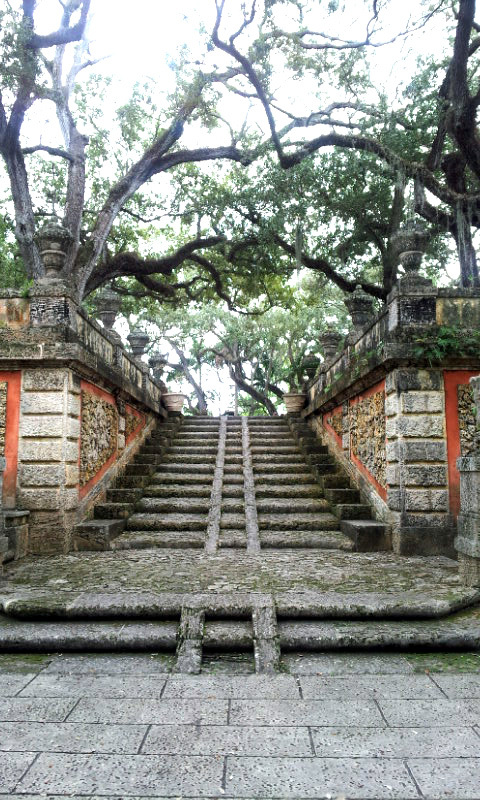 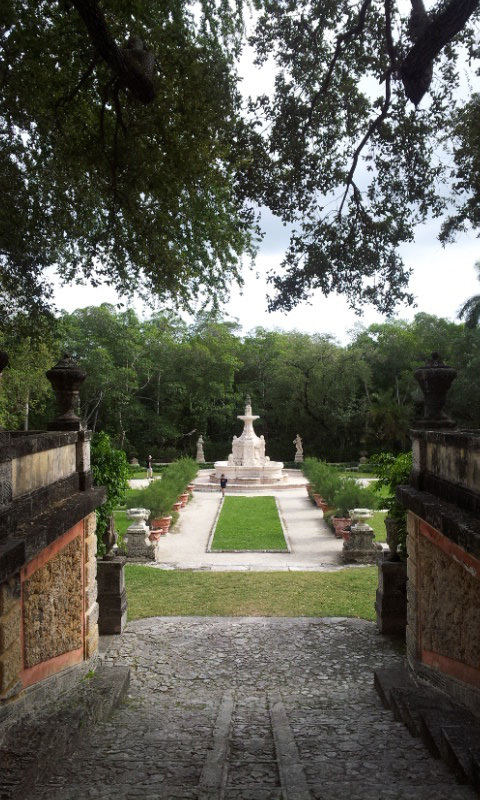 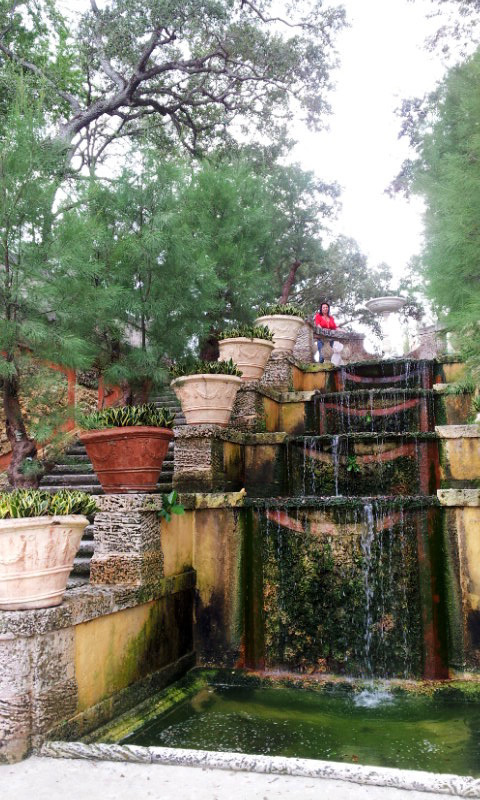 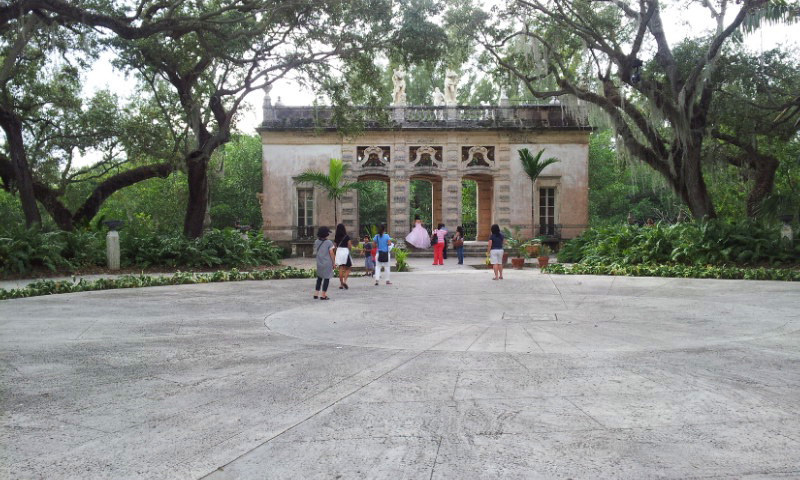 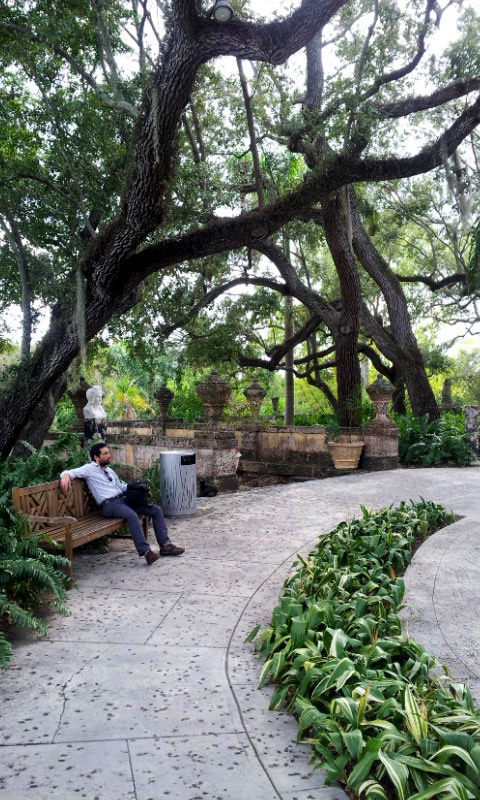 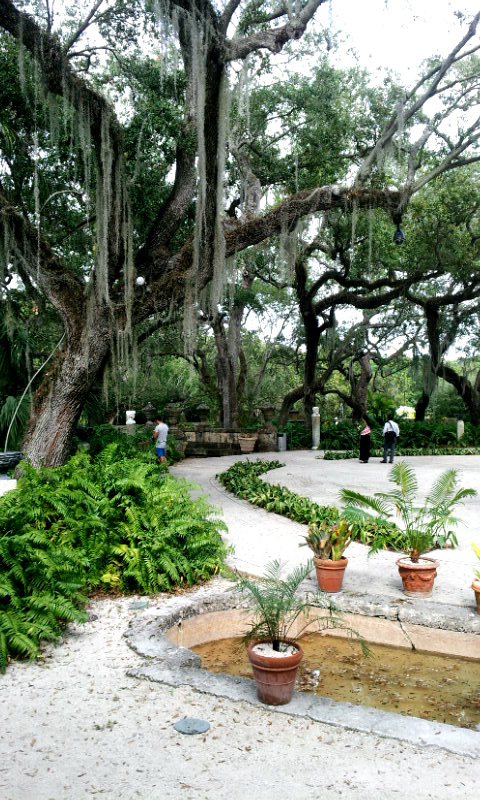 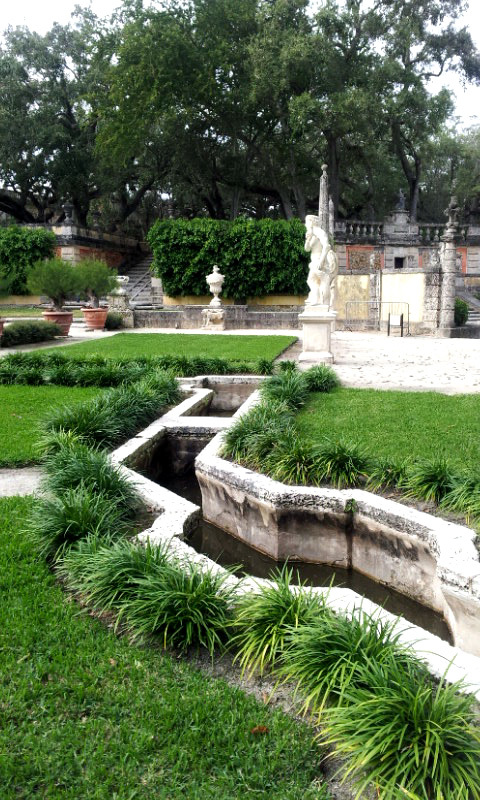 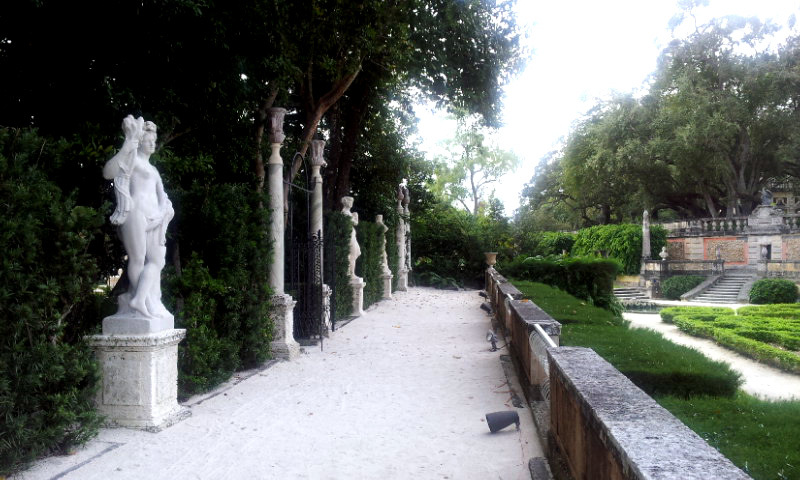 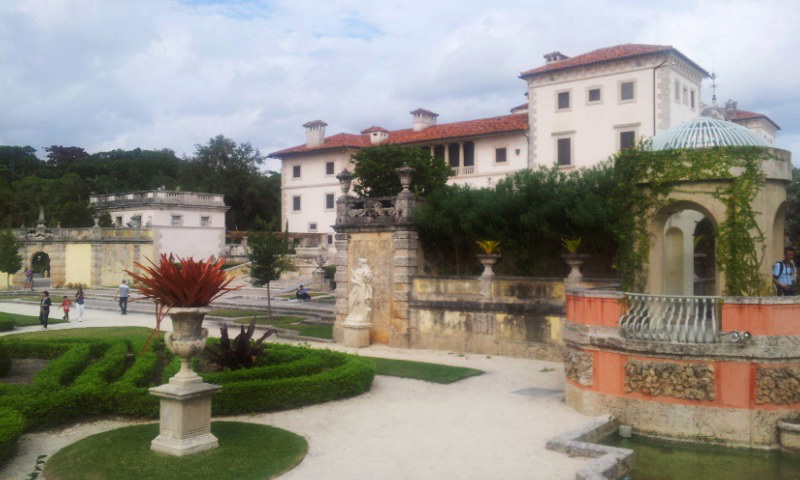 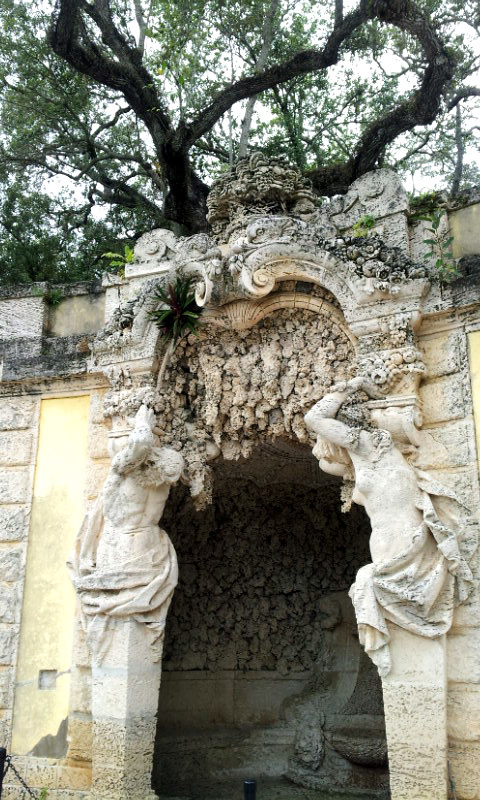 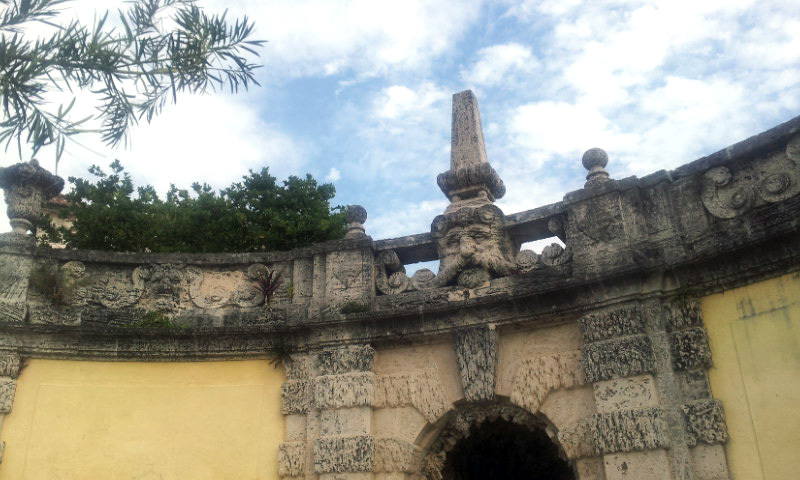 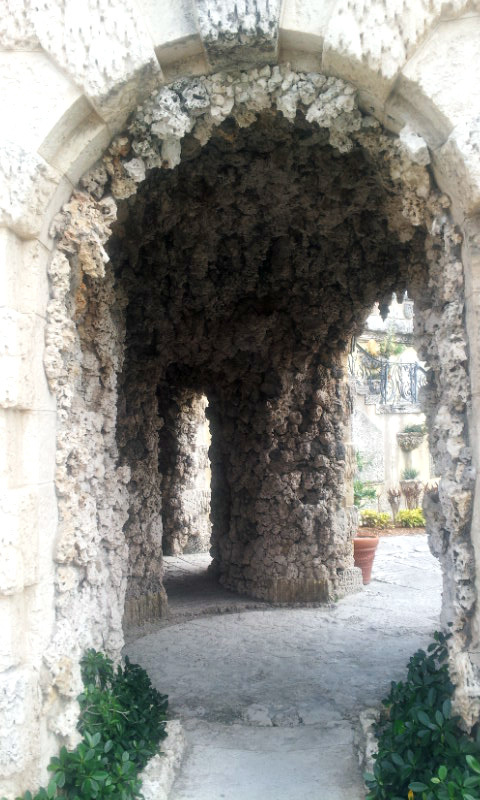 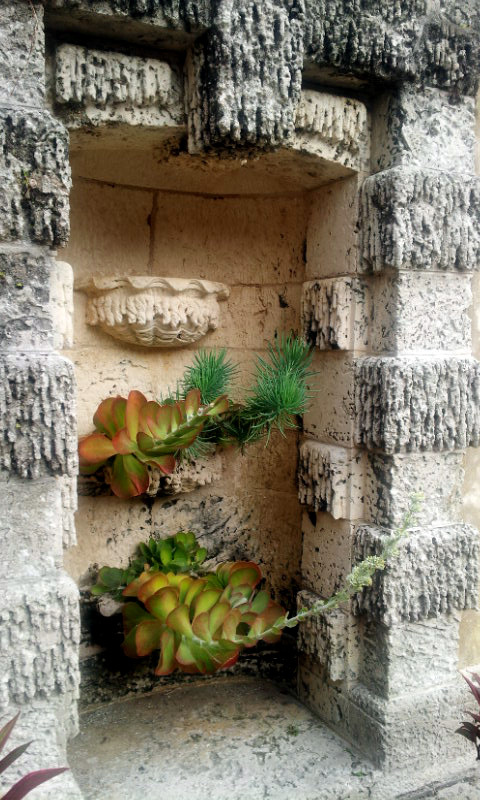 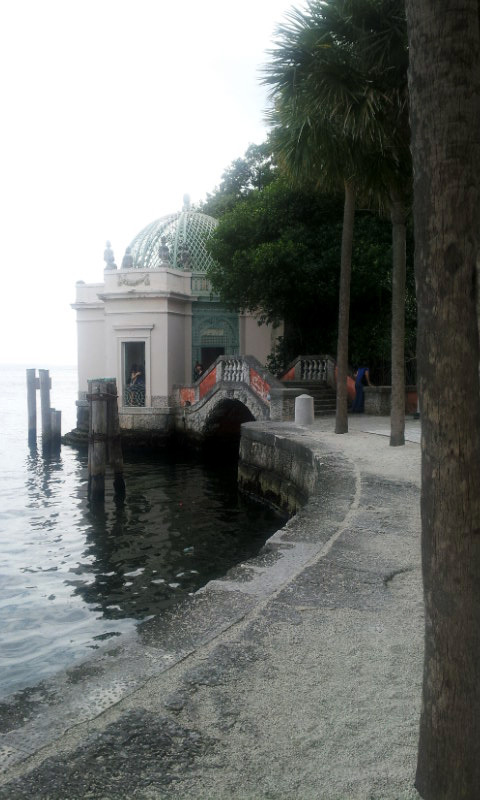 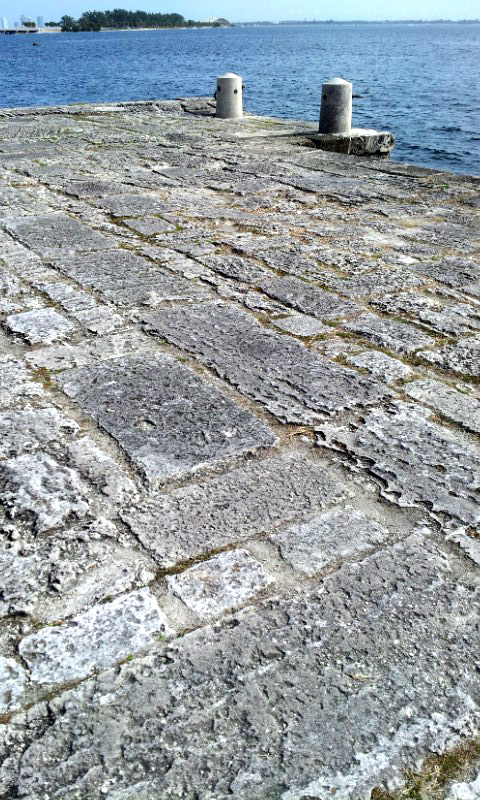 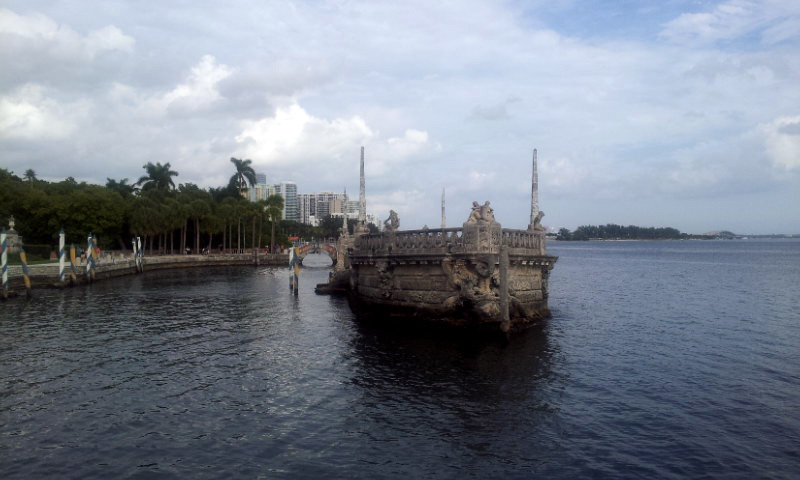 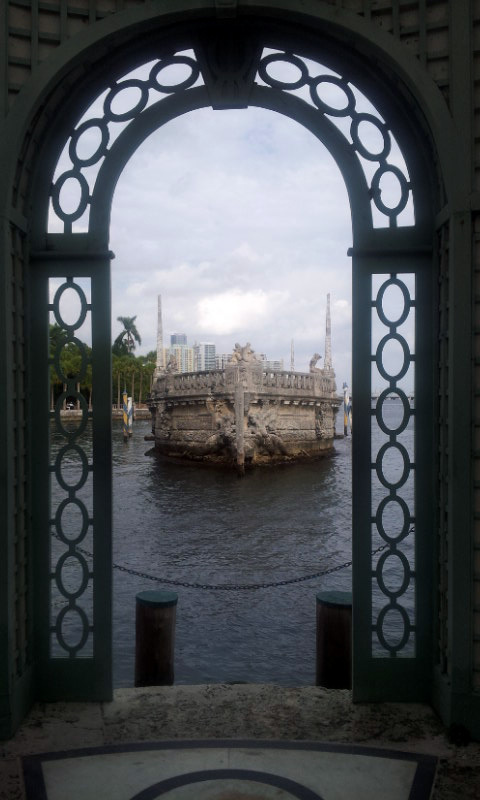 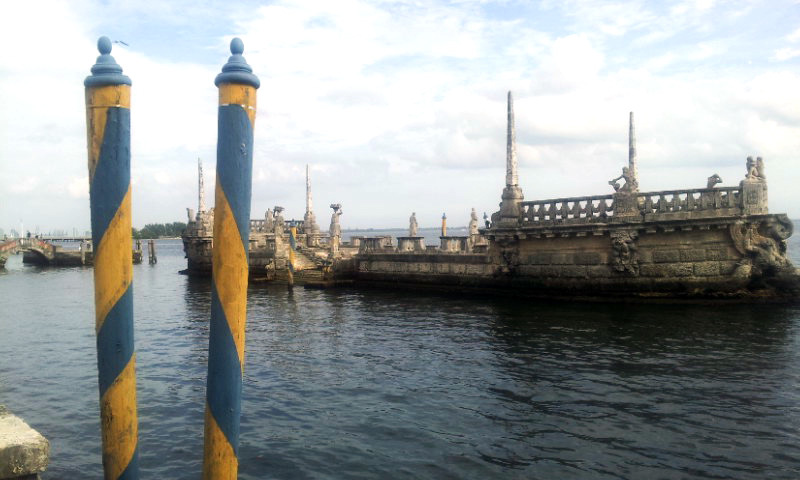