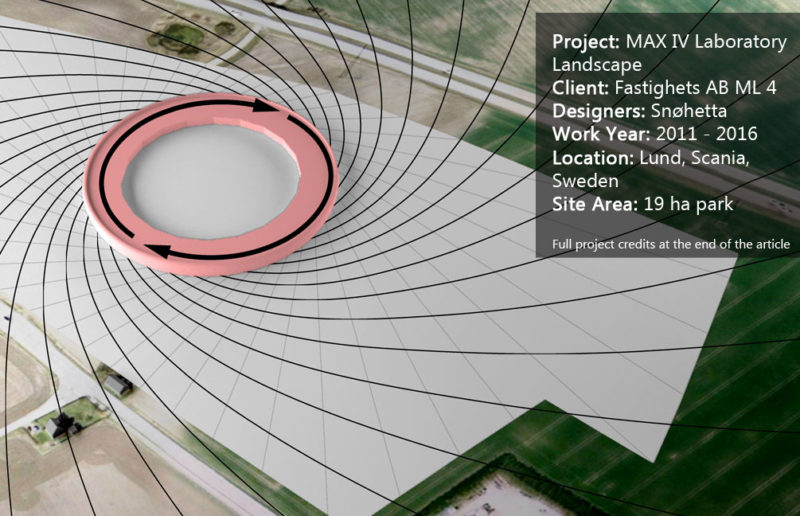 Article by Kamil Rawski – A review of the Max IV Radiation Centre landscape by Snøhetta, in Lund, Sweden Lund is a city in the province of Scania, located in southern Sweden, northeast of Malmo. 87,244 people lived there in 2015, out of a municipal total of about 117,000. The city is strong academic centre thanks to Lund University. Today it is one of Scandinavia’s largest institutions for education and research. In particular, the Lund Institute of Technology, which has connections with many high-tech industries in the city, such as Sony Mobile Communications, Ericsson, and Microsoft. Also the MAX IV Radiation Centre was developed in collaboration with the university. 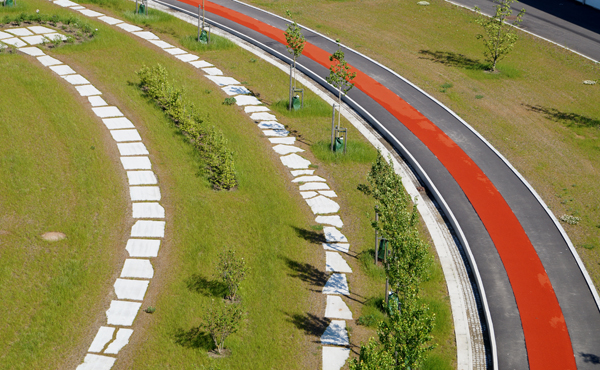 The MAX IV Laboratory is a high-performance synchrotron radiation laboratory. This facility was constructed outside the city of Lund, on 19 hectares of arable land. This world’s most powerful synchrotron radiation facility will be the part of future ‘Science City’, planned to the northeast of Lund. MAX IV was opened for users on the day of the summer solstice – 21 June 2016. 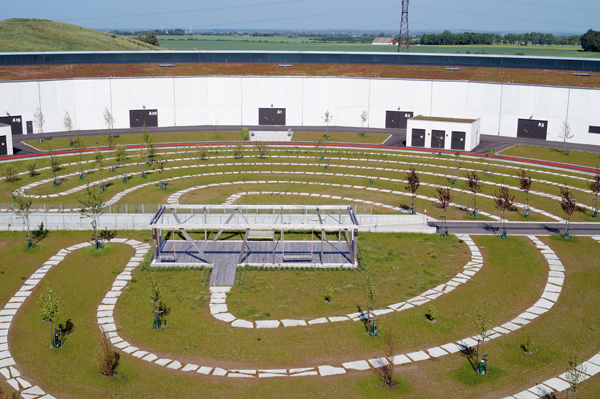 Do you think that designing the landscape for such a high-tech facility is as difficult as it sounds? Read more and find out below what solution was proposed by Snøhetta – the internationally renowned practice of landscape architecture – and what the result from combining landscape design with a hi-tech facility.

Creating MAX IV has been a collaborative process between the client, construction developer, and consultants throughout the construction period. Moreover the contractor of the facility – PEAB/Whilborgs – is involved with a 25-year maintenance contract. 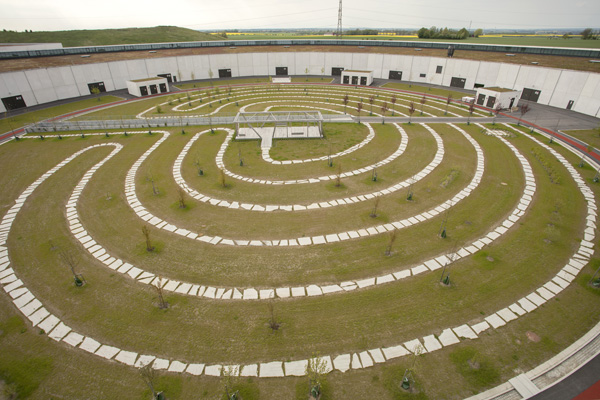 They decided not to close the area of the research center by standard fencing but to make a green public space instead. Recreational space formed from sloping hills with meadow vegetation makes a difference and sets a new standard for facilities like that. Two of the main aims of the modern landscape design were to support the performance of the laboratory research and to fulfil sustainability goals established by the city of Lund. 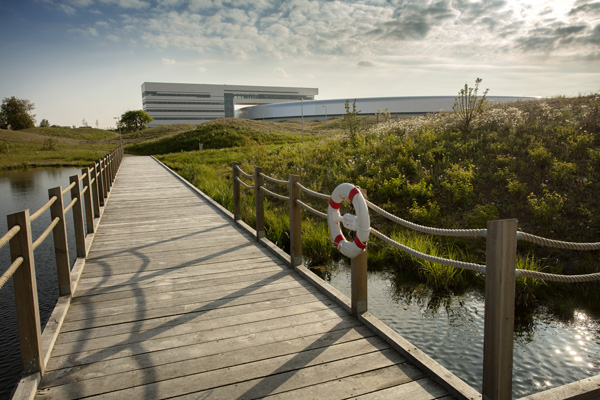 To achieve this, Snøhetta decided that the modern landscape design must be based on 4 important criteria; mitigating ground vibrations, mass balance, storm water management, and also plant selection and maintenance. Each one is described in the following content.

A group of researchers and engineers called Dynamics discovered that ground vibrations from the nearest part of the road E22 can have critical impact for the use of a synchrotron. To reduce those vibrations it was decided to ridge the flat surface by distribution of numerous mounds leading to a bold pattern. 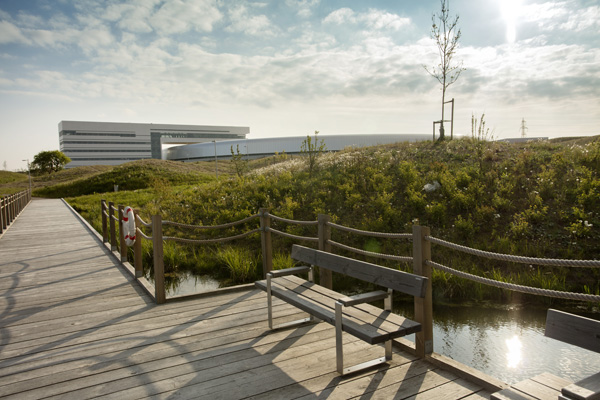 So, the desired uneven topography was created utilizing 3D-modeling. As the designers state; 3D-modelling proved crucial for several reasons. The design layout was established by extracting the nature of vibrations into rational values inserted in a generic model (Grasshopper; a Rhino plug-in). In plan, intersecting tangents radiating from the major storage ring form the first basis of the wave pattern. These align with the positions of potential future laboratories, and the starting points were defined by 10 to 40m vibration wavelengths and a 4.5m amplitude. A second set of waves was established from a spiral movement centered in the storage ring merging with the site boundary. 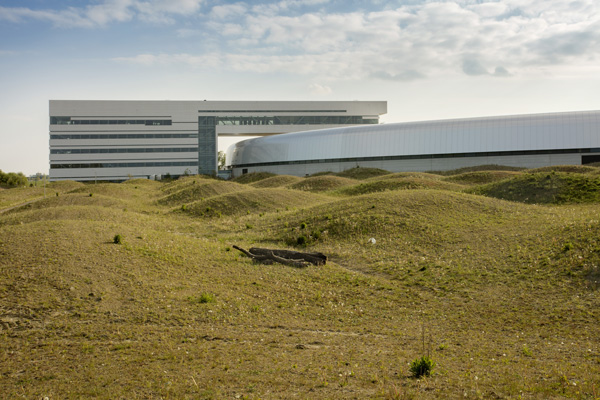 Through making digital models there was the possibility to test different mound patterns to get the best results of mitigating the ground vibrations. Next, the designers had to find a solution for how to move from advanced modeling to the real topography.

The best way to reduce costs of earthworks is to balance the excavated masses and reuse them on the site. For this purpose, a digital 3D-model was created and by using GPS-controlled bulldozers they also met the first criterion about making a hilly landscape to reduce vibrations. 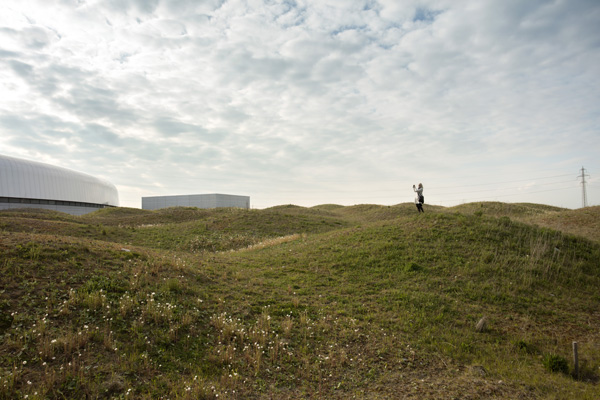 It is called a cut and fill strategy. Such a solution also secures the option of reversing the site to agricultural use when the synchrotron will no longer be on the site. It was the best way to kill two birds with one stone. In MAX IV, the process was like having a giant 3D printer producing the project on a 1:1 scale. The high-tech research facility together with the low-tech meadowland creates the iconic image of the waves that protects the research facility from the vibrations. – explain the architects from Snøhetta.

Lund municipality formed the ambitious programme for sustainable development, called “LundaEko II” to become a leading example on issues concerning environment and climate. One of eight prioritized areas of this programme is healthy water and air, so MAX IV Laboratory was obligated by the planning department of Lund to collect and store water on site. 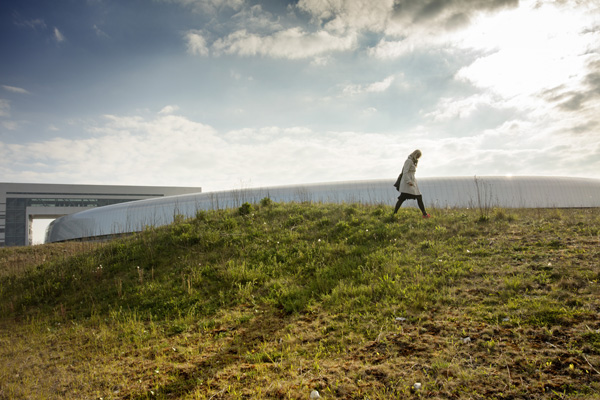 To meet these expectations, both wet and dry ponds were designed for 1-year and 100-year stormwater quantities. Hilly terrain facilitates the drainage of water, through a network of corridors formed between the mounds.

Thanks to nearby natural reserve area at Kungsmarken, it was possible to create a meadowland by spreading selected species of harvested hay on the slopes. The plants have had enough time (5 growing seasons) until completion of the project in the summer of 2016. Greenery of meadows forms an additional damping layer for vibrations, but as an aspect of all topography, only to a small extent. Because the space is not fenced, it is possible to encounter animals like hares, for which the natural habitat can be meadow or farmland. 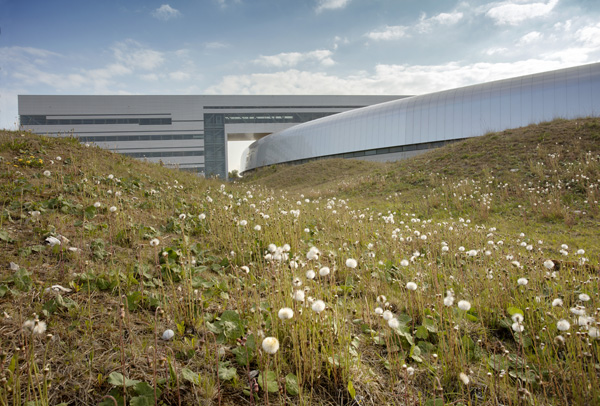 Moreover, inside the rings of the facility, there are stone paths with deciduous shrubs and trees, arranged in circular lines, which are not connected with vibration-mitigating areas. 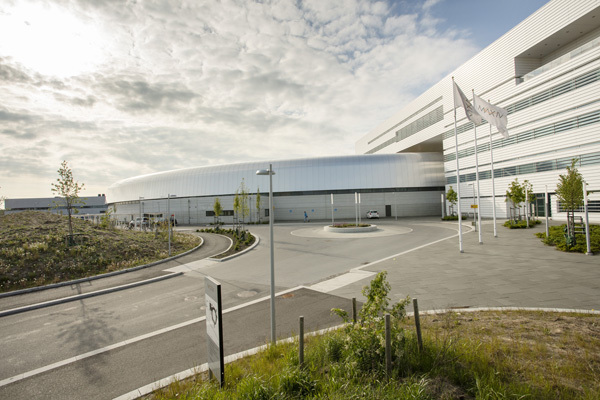 Within preservation, there is expected to be sheep grazing and the usage of conventional machines suitable for meadowland. Also, as it was said earlier, MAX IV has a 25-year maintenance contract. 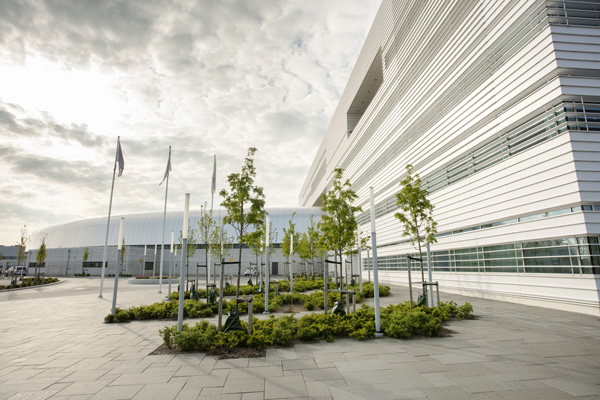 Awards The designers created a project thoughtfully on the basis of the initial criteria, which is of a coherent unity and works as a whole. Max IV gained recognition and was announced as winner of the Best Futura Project at the 24th MIPIM Awards in Cannes. 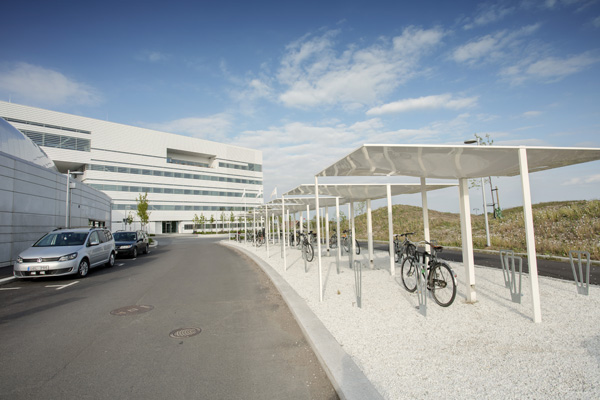 The project has also been awarded Skåne’s Architecture Award 2016 (Skånes Arkitekturpris) – for a holistically built environment in the region. 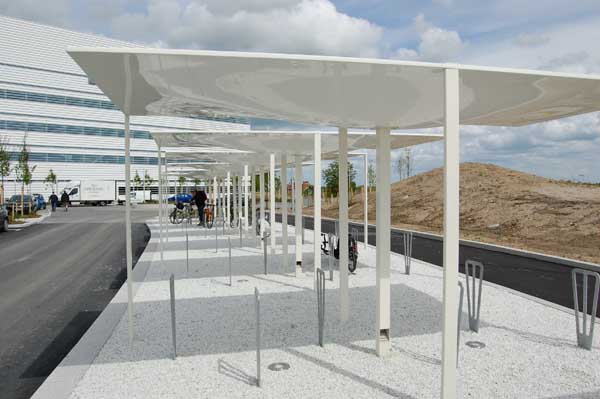 Creating a landscape by utilizing a generic model of vibrations shows us how the designing can be combined with the science to improve research process and to set new standards for public spaces surrounding high-tech facilities. What do you think, what other kinds of technologies can be used in the designing process? 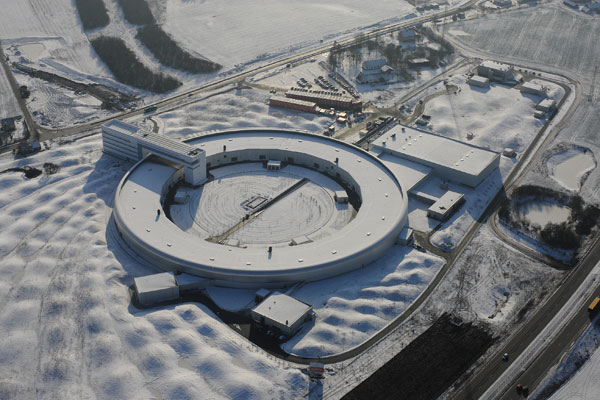