You’ve probably heard about Parklets: the simple but ingenious concept of transforming parking spaces along the street into publicly accessible recreational areas. Initially inspired by Rebar art and design studio’s one-day parklet installation created in San Francisco nine years ago, this innovative and hugely successful approach to public space management has been emulated across the globe and has now reached Brazil’s largest city, São Paulo. 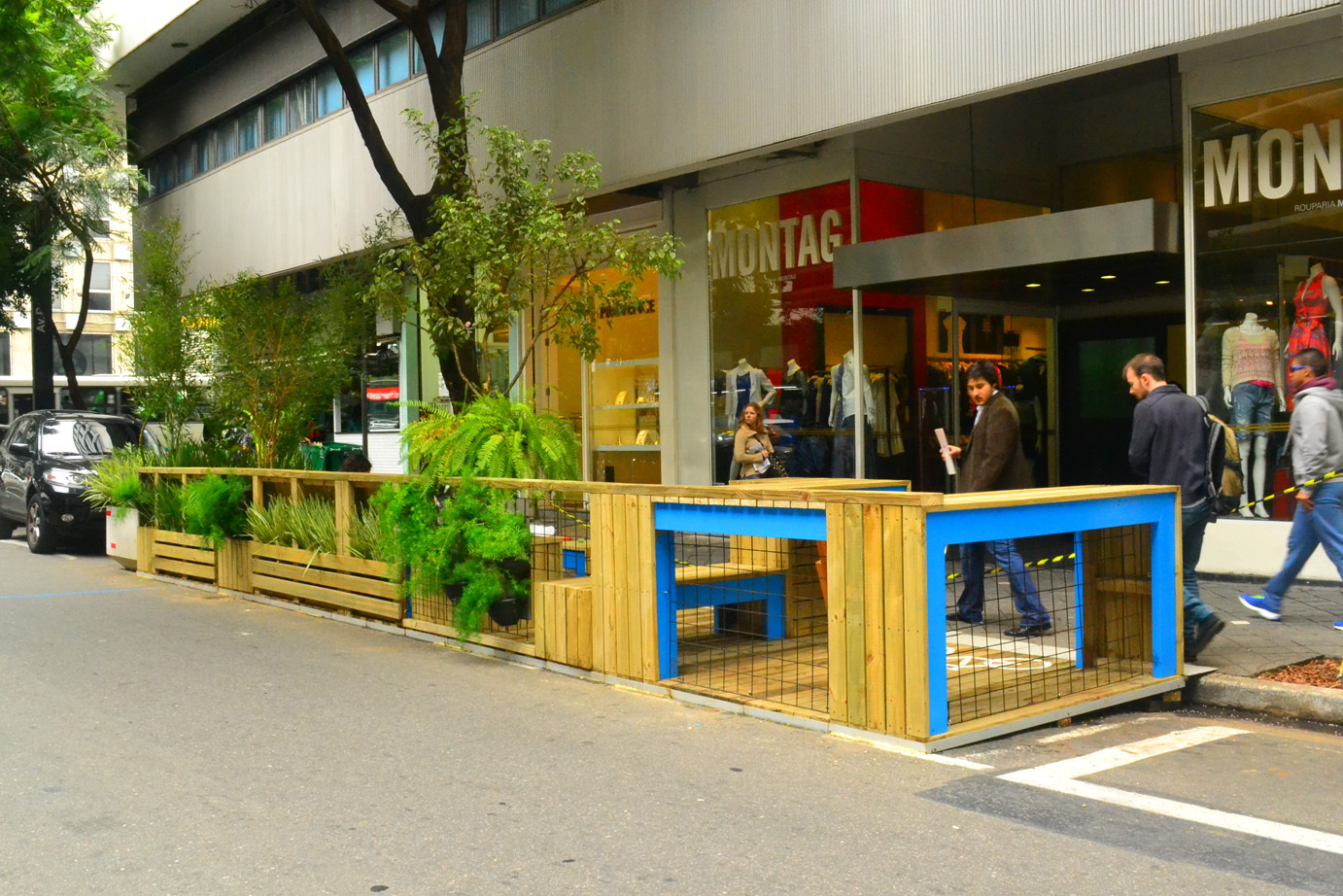 A series of temporary parklets were introduced into São Paulo’s public realm during Environment Week last year. The initiative received wide-spread media coverage and was embraced by citizens, sparking a demand for more pedestrian friendly spaces throughout the city. 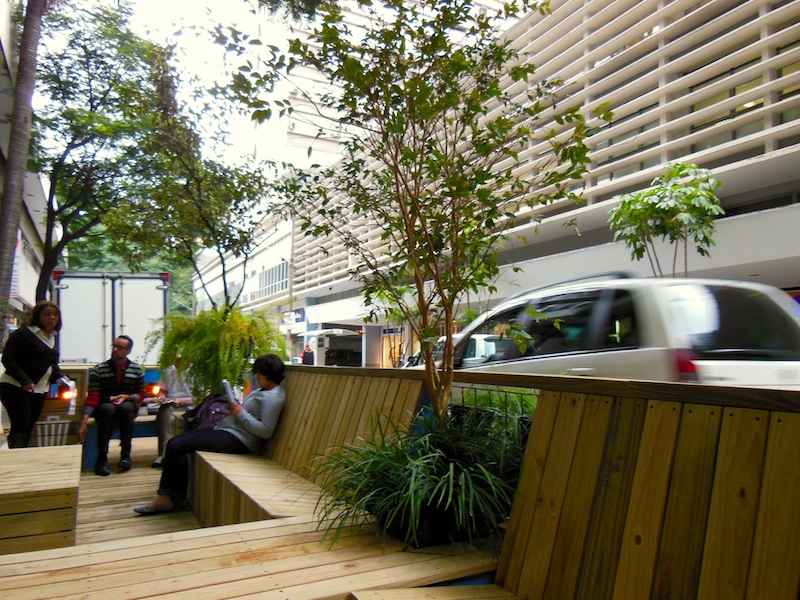 The city listened to the public chorus and in April of this year the Mayor Fernando Haddad signed Decree No. 55,405; a public policy order supporting the creation and maintenance of parklets. It is the first of its kind in Latin America. 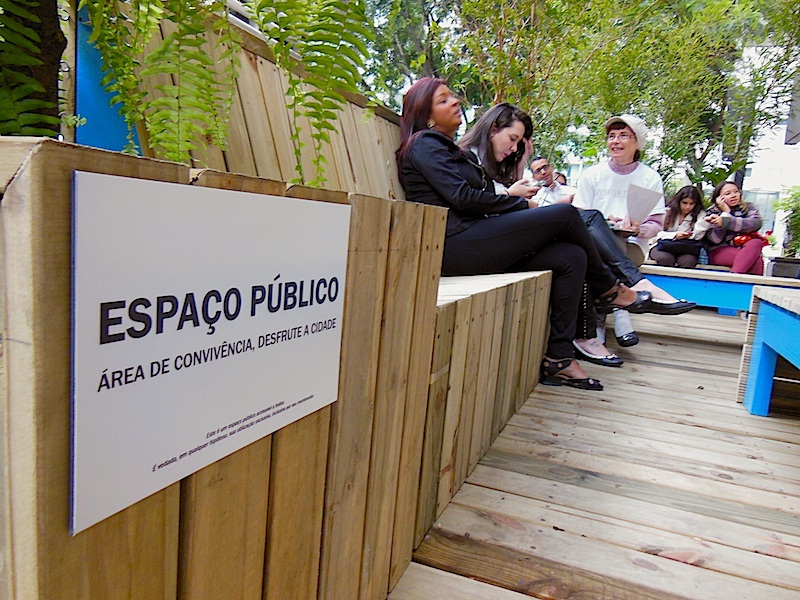 So what exactly does this decree mean? Well, any individual or company within São Paulo can now install a parklet in any of the city’s streets, providing it meets with the terms laid out in the decree. Parklets cannot, for example, be installed on bus or bike lanes or on roads with speed limits above 50km per hour. 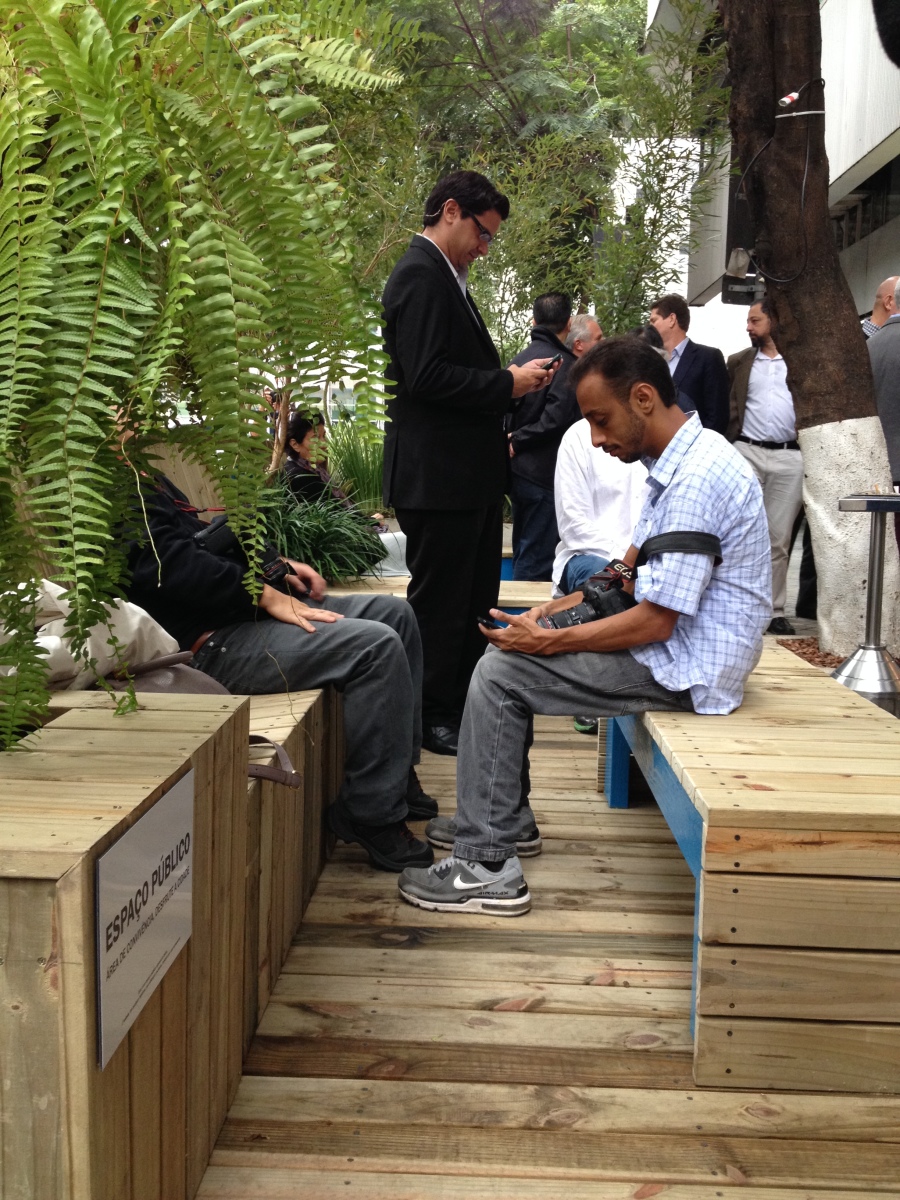 Those interested must send an application to the city, describing the dimensions of the parklet and the intended furnishings. This might include amenities such as seating, planting, bike parking or art. The parklets must comply with certain construction standards, involving maximum depth and width, preservation of street drainage and avoidance of signal lights. Most importantly, parklets must remain public and freely accessible at all times. They are essentially an extension of the sidewalk and cannot be privatized by the initiator. 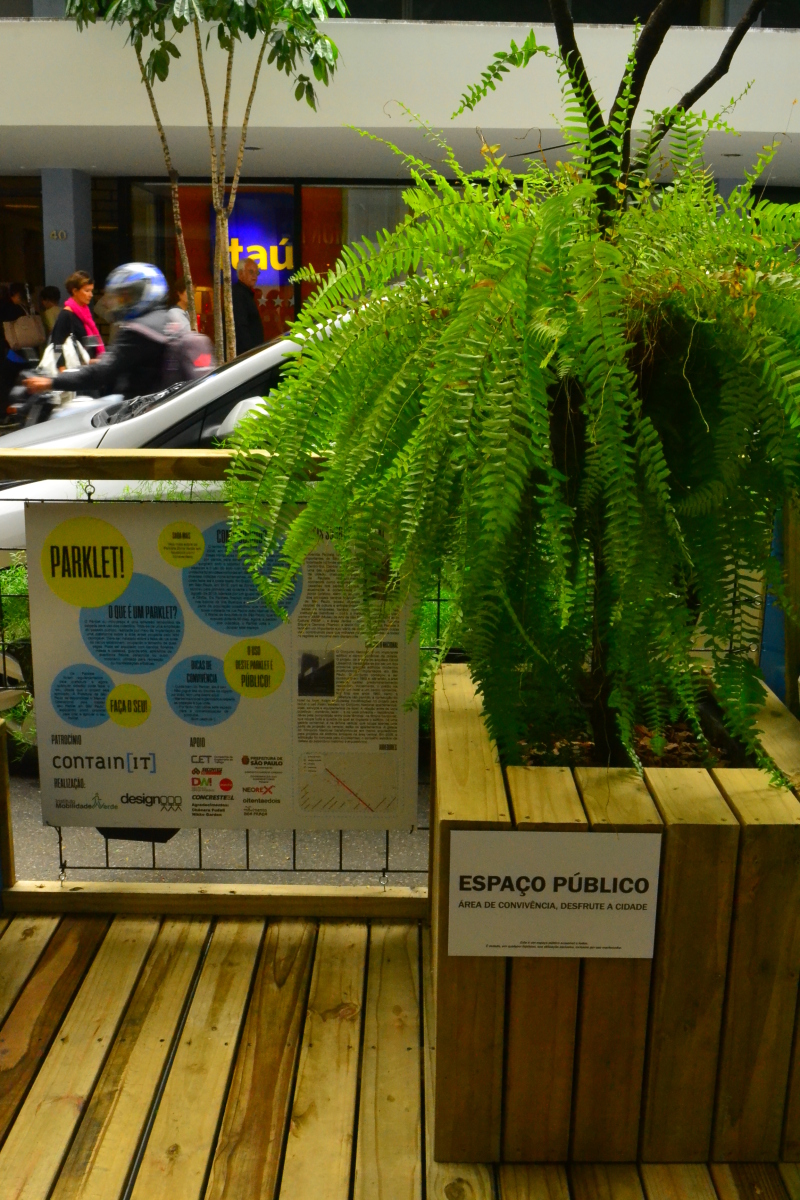 Parklets form part of a growing movement to make streets more human-centred, green and accessible. By repurposing something clearly intended for vehicles, they make a powerful statement: people first, then cars. Parklets also add character and identity to the street, breaking up the monotony of the road and providing opportunities for individualism. The widespread success of the initiative also demonstrates how such seemingly small interventions can gain momentum and ripple across the globe. Slowly but surely, pedestrians are reclaiming the streets the world over, one small parking space at a time.

Have parklets made it to your city yet? How would you design a parklet if you had the chance? Let us know in the comments below! And if you’d like further information about the guidelines, including a full manual and how to apply, you can find it here.

All images via FABIO ARANTES/SECOM