Passerelle Simone de Beauvoir designed by Dietmar Feichtinger Architectes. The Passerelle (footbridge) Simone de Beauvoir is the 37th bridge in Paris and it is one of the four bridges in Paris dedicated to pedestrians. Elegantly and cleverly floating over River Seine with its undulating shape, it is unique and interesting enough to provide comfort for any kind of break or exploration. It connects Quai François Mauriac with Quai de Bercy, giving easy access to the Parc de Bercy on the right bank of the Seine and to the piazza of the François Mitterrand site of the French national library or BNF (Bibliothèque nationale de France) on the left bank. 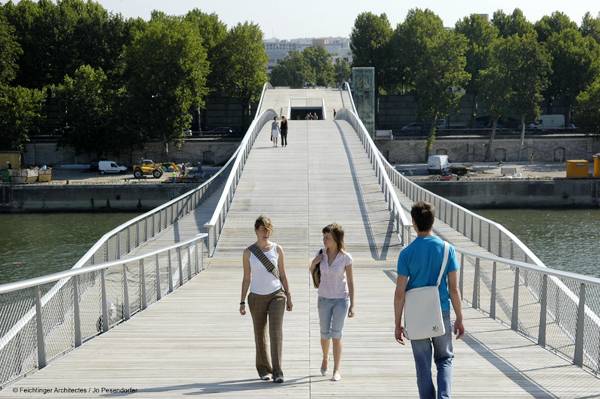 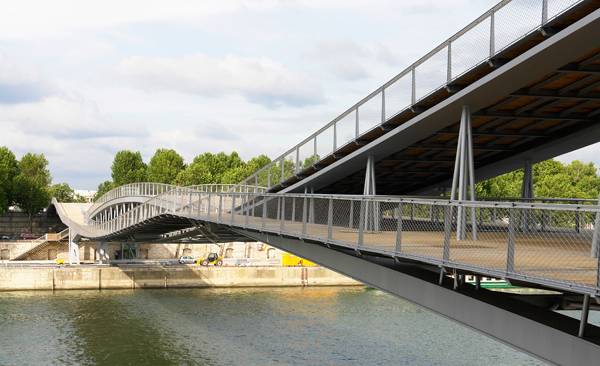 The Design Designed by Dietmar Feichtinger Architectes, the footbridge is named after France’s great woman philosopher, known for her feminist beliefs. With the total length of 304 meters and a free span of 190 meters, it is an impressive work of art at a cost of 21 million Euro. Parisians have come to know it as “la lentille” — the lentil. This nickname characterizes the bridge’s unique geometry; the center span crosses the river without external support, taking the form of a combined suspension and arch structure. 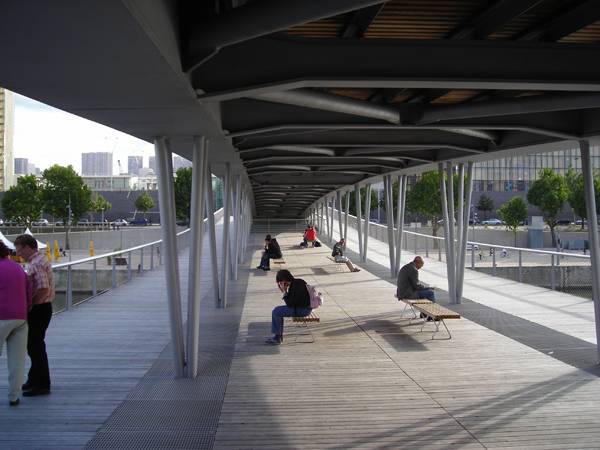 Pedestrians reside in the belly of the bridge. Credit: Dietmar Feichtinger Architectes

The design of the long “lentil” meant that it could only be completely assembled as a single unit in a special steel fabricator’s workshop, then transported to its final location. It was installed directly from its delivery ship in Paris on Jan. 28, 2006, and opened to pedestrians and bicycles on July 13, 2006. 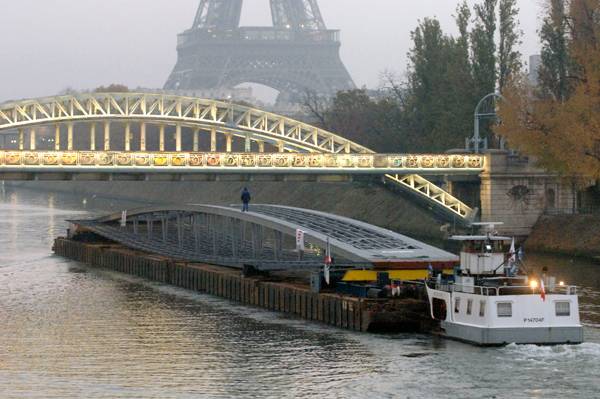 The lens-like shape of the structure is quite clear. A protected area midway to the central lens shelters pedestrians from rain. Its rotational anchorage on its support brings the structural height down to different levels at either end. The five crossings on the footbridge pass over the river without supports in the water. 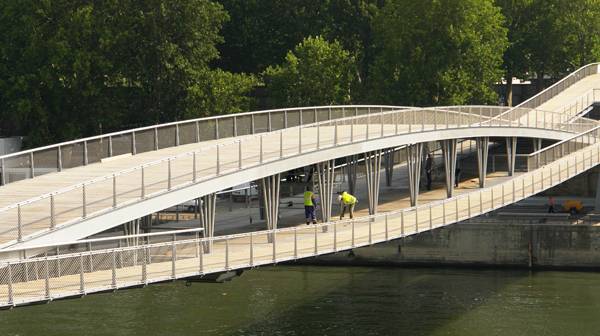 Spatial potential is explored in the lightness and strength of the two collaborating elements of slender arches that are balanced by a pretensioned, suspended catenary. The intersection of the catenary curves creates a symmetrical lens that forms a plaza, set aside for activities, that is 12 meters wide and 106 meters long, almost floating above the river. Dietmar Feichtinger Architectes describes the design language as “poetry” of “the criss-crossing of pathways across the weaving force lines.” Related articles: Top 10 Pedestrian Bridges Top 10 Bridges The gentle rise and fall of the rhythmic footbridge provide pedestrians with different perspectives, depending on where they stand, such as views to Notre Dame and historic Paris. The plaza in the middle invites pedestrians to pause mid-route to soak in the lively activities of kiosks, cafes, and other temporary installations. 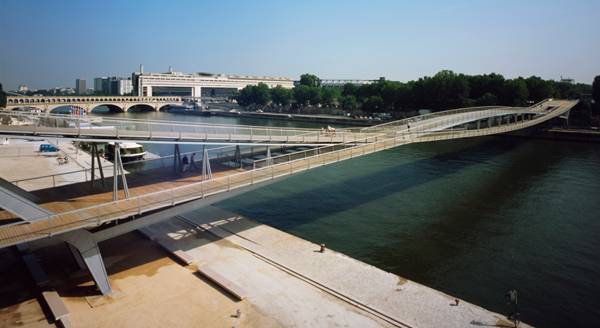 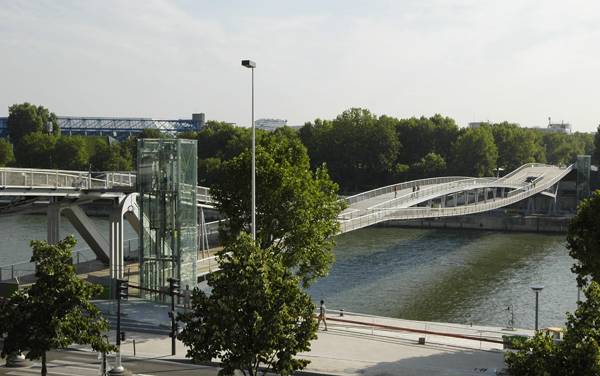 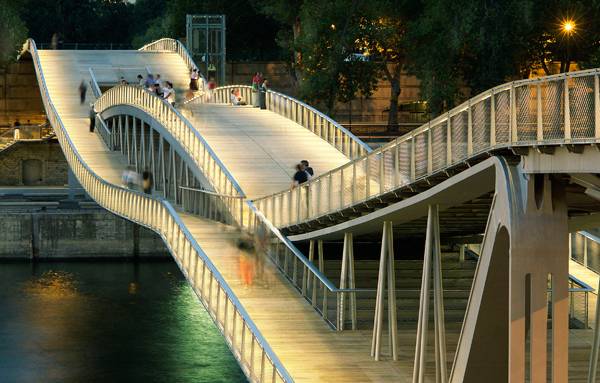 The construction of such a latticework of metal as a single module was a remarkable technical achievement. Before the project’s completion, a distance of 700 meters between the two nearest crossings cut off the two districts on either side from each other. Now, there is an iconic crossing point that floats within the modern grounds of Paris; with its innovative construction, the pedestrian bridge characteristically falls into the Parisian bridge tradition. Recommended reading:  The World’s Most Amazing Bridges (Landmark Top Tens) by Michael Hurley Article written by Win Phyo Return to Homepage Published in Blog