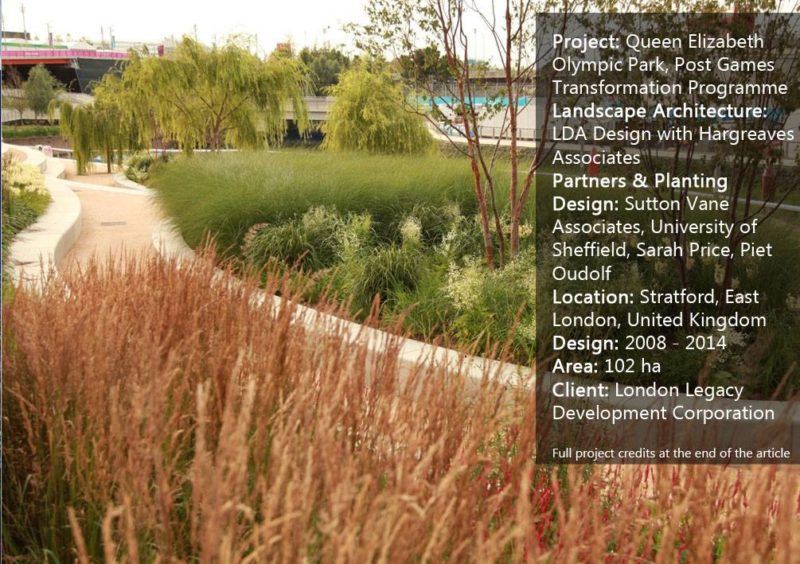 Article by Andrea Kreuer Queen Elizabeth Olympic Park, by LDA Design et al., in London, United Kingdom Since its heyday in 2012, when the Olympic Park first opened to the public to host the Olympic and Paralympic Games, the park has undergone a further transformation, developing into a forerunner of naturalistic planting and sustainable landscape design. To achieve this, the Park’s management have commissioned best-in-class landscape and planting designers – Professors Nigel Dunnet and James Hitchmough from the University of Sheffield, Sarah Price from Sarah Price Landscapes, and world-renowned Dutch planting designer Piet Oudolf; all working alongside the main landscape architects; LDA Design and Hargreaves Associates. 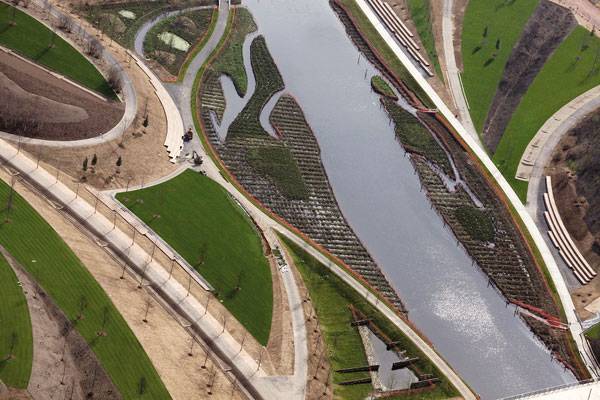 Here is a list of the top 5 features of the Olympic Park that also represent the biggest trends in sustainable planting design: 1. Native Wildflower Meadows Throughout the Park The vast fields of wildflower meadows that have been sown pre- and post- Games have been designed by Professors Nigel Dunnett and James Hitchmough of the department of landscape at the University of Sheffield, together with up-and-coming London designer, Sarah Price. 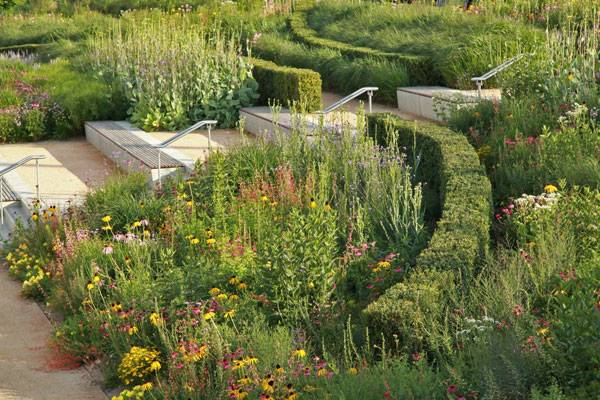 The designers are hoping that this colourful, naturalistic wildflower landscape will act as a catalyst for councils and home gardeners to ditch lawns and formal summer bedding in favour of wildflower or perennial meadows. Meadows offer high biodiversity value and valuable pollinator resources and thus attract wildlife. At the same time, they are fairly drought-tolerant and reduce the need to use fertilisers and pesticides. 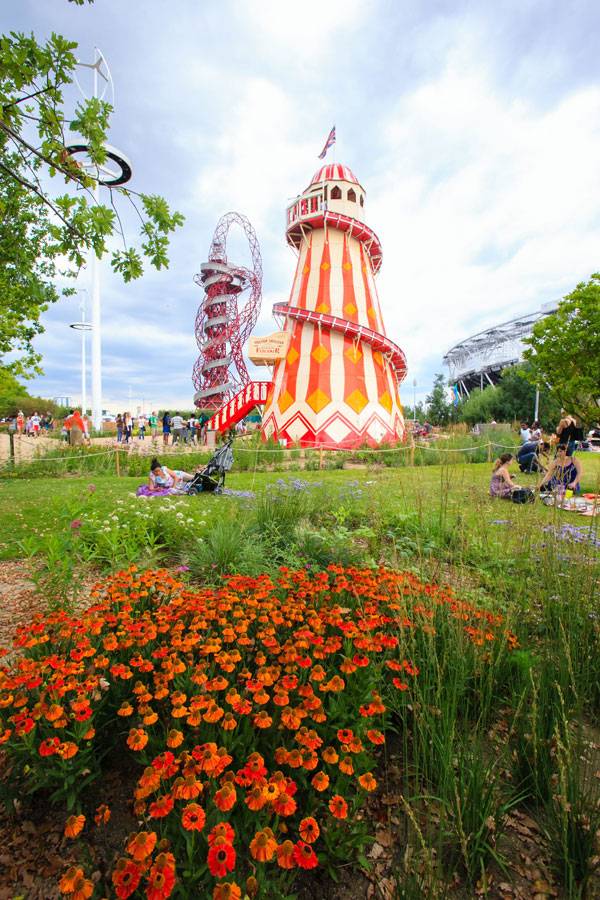 2. 2012 Gardens At half a mile long, the plantings of the 2012 Gardens are a celebration of four biodiverse plant habitats and climatic zones from across the world: Europe, North America, the Southern Hemisphere and Asia. The gardens represent a shift from the traditional idea of growing individual plants to growing plant communities that interact with one another and compete for resources. 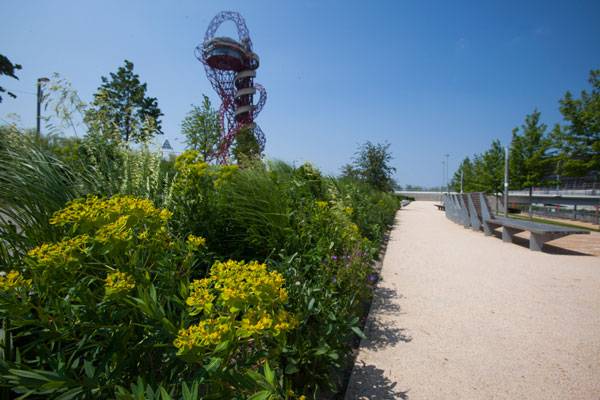 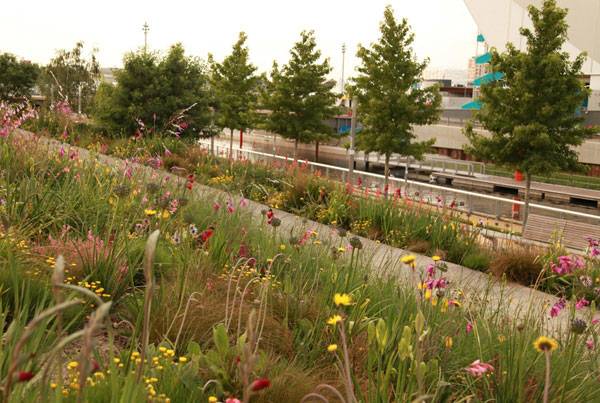 The European garden features lowland wildflowers and summer hay meadows; one of the highlights here is the ornamental grass Molinia ‘Transparent’ which acts as a veil for the other plants, creating a soft ambience. The North American prairie garden shows how certain grassland communities can add value through their late supply of pollen and nectar, and for their spectacular display. The grasses here have an airy, textural quality and combine perfectly with the daisy flowers of the Echinacea. Many of the plants in the Southern Hemisphere garden, with bands of vibrant orange-red hot pokers (Kniphofia) and pink Dierama, hail from the mountain grasslands of the Drakensberg range in South Africa. 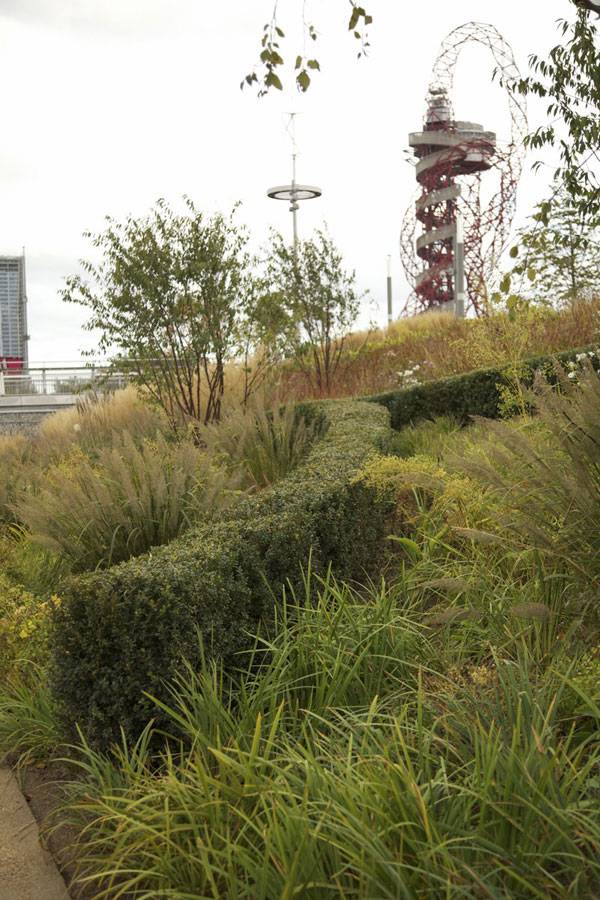 In the Asian garden, the focus is on texture and foliage. The plants here are more lush and leafy in texture, creating a calming atmosphere. The colour spectrum is also restricted – with lots of greens, purples, pastels, and white. A waxy carpet of low-growing grass Hakonechloa macra completes the scheme. 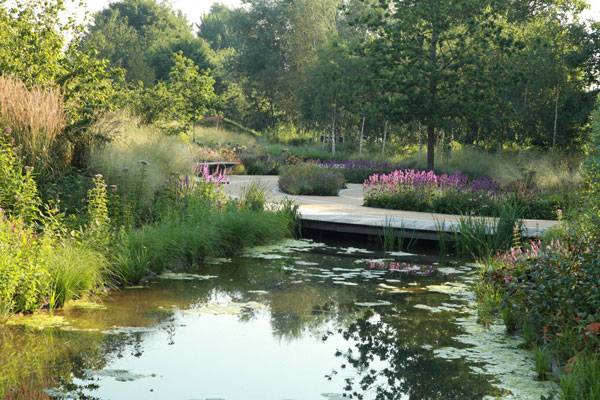 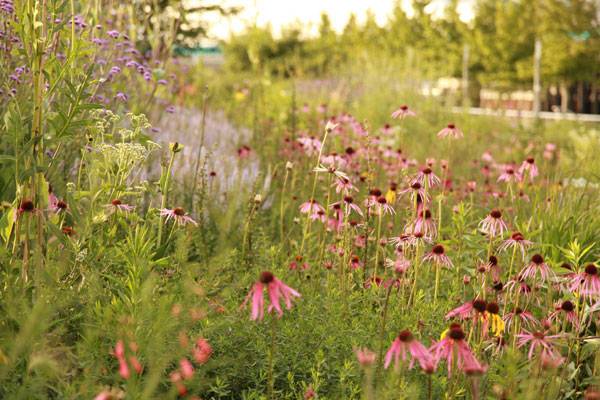 *********** Quote: ‘It (nb: the park) looks as it does because of the mindset, the skills etc. of landscape architecture. … If you go to countries where landscape architecture is very poorly developed and dominated by an architectural view of the world – they don’t make places like that!‘ Prof. James Hitchmough, University of Sheffield ************ 3. The Wetlands Walk in the North Park A vast area of the North Park features the famous Wetlands Walk. After falling out of use in the second half of the 20th century, the waterways were restored following the London 2012 Olympic and Paralympic Games. The large wetland bowl was carved out of the river’s path, and not only provides beautiful, sloping lawns and meadows for visitors but also acts as a natural flood defence. Wetlands are among the most productive habitats in the world; their main functions are ground-water recharge and discharge, sediment stabilisation, and toxicant retention, as well as wildlife and aquatic diversity. 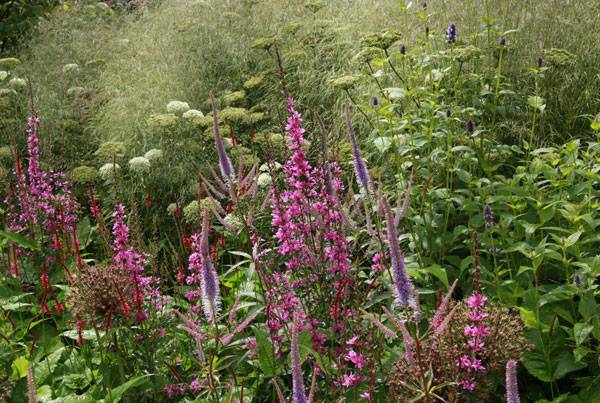 4. Pleasure Gardens and Mandeville Place in the South Park The new Pleasure Gardens in the south of the Park are part of the South Park Plaza and feature prairie-style planting from the world-renowned planting designer Piet Oudolf, while Mandeville Place includes an urban orchard. The Pleasure Gardens consist of eight outdoor event rooms placed off the main promenade, each with its own character, and vary dramatically in size. One of them holds a water labyrinth whose jets will reconfigure as you run through them; others consist of a carousel, a theatre room, a play room, a music room, and a set of stadium-style wooden steps. 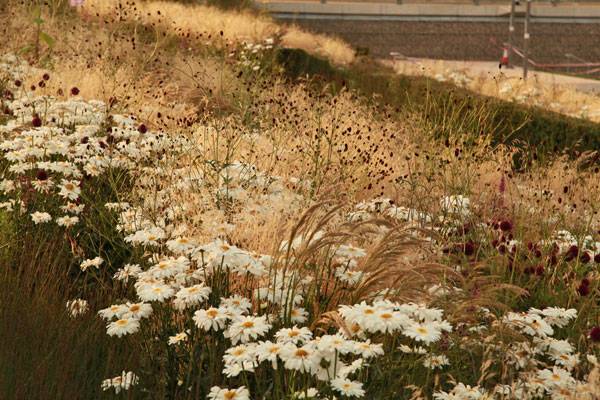 As for the planting, Dutch planting designer Piet Oudolf has selected wild grasses and swathes of meadow and plants, which are as much about shape and texture as colour. Each ‘room’ will be demarcated and enclosed by walls of wild grasses. 5. The Great British Garden Designed by Sarah Price and 2 amateur gardeners who won an RHS design competition, the Great British Garden offers great views of the Olympic Stadium. Visitors pass through three themed gardens that reflect the colours of the Olympic medals: Bronze, Silver and Gold. The Great British Garden unites a number of distinct areas with bold sweeps of ornamental grasses and long-flowering perennials, such as Persicaria amplexicaulis, Stachys officinalis and Veronicastrum. 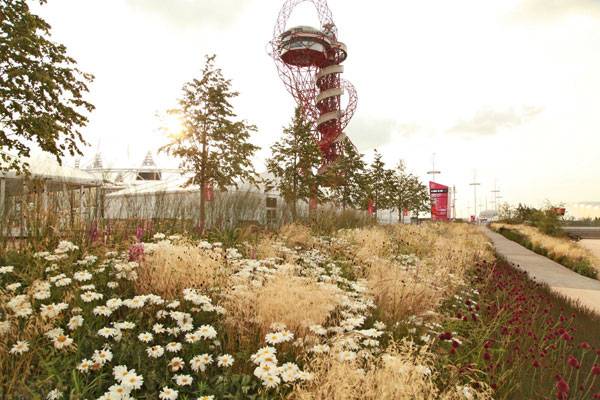 ********* Quote: ‘Everybody here who has experienced the park is absolutely overwhelmed by this landscape which is just extraordinary; very different to anything that anyone has seen before – and landscape architects are right at the heart of it.‘ Prof. John Hopkins, London Legacy Development Corporation ********** Since its development for the 2012 Olympic and Paralympic Games, the Olympic Park has been part of a vast East London regeneration scheme, with sustainability being at its heart. Meadows and naturalistic planting can replace manicured lawns – meaning a reduced need for watering, fertilising and using herbicides. 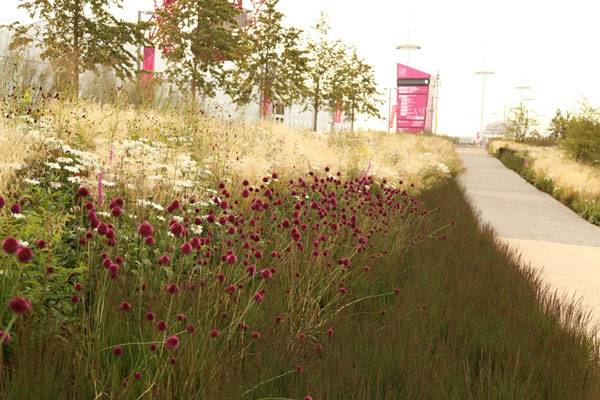 Biodiversity, community living, sustainable and wildlife-friendly landscaping and architecture – the Park is a stunning example of how all of these principles can be combined, even on a large scale. The parklands are now public and free for everyone to enjoy – including the bees! For more details and to plan your visit go to www.queenelizabetholympicpark.co.uk Are you asking yourself how urbanity and green, future-proof living can go hand in hand? A visit to the award-winning Olympic Park could give you some answers. 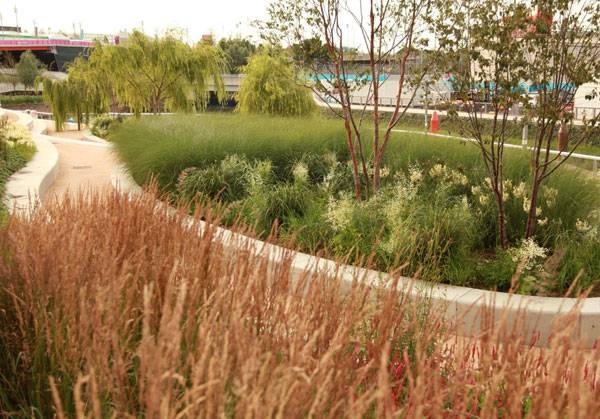