This year marks the 100th anniversary of the Chelsea Flower Show. LAN has secured an elusive press pass for this prestigious event. Here you can find highlights of the show, including what show gardens to look out for. An Early Start Visiting Chelsea on press day is a strange experience. I have been to Chelsea many times before (and have even exhibited there), but I have always viewed the show on public days. The first thing that struck me when I entered just before 8 a.m. was the strange mood of the show ground. 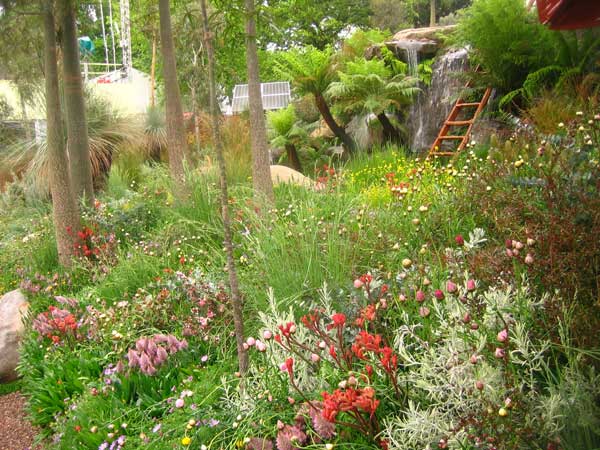 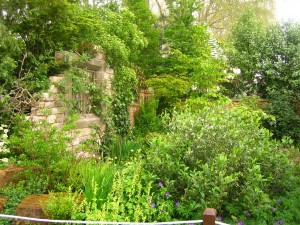 There were no large crowds of people creating the usual hustle and bustle, just teams of reporters and camera crews. It was only later, after the judging, that people could start to feel relaxed. The results of the judging will be revealed Tuesday for the first public day. Show Gardens Chelsea is so much more than just another flower show. There is a culture to it; it has a life of its own. Although it is essentially a British affair, it is a truly international horticultural event, with exhibitors coming from all over the world. The Trailfinders Australian Garden is a MUST SEE! This amazing garden features giant waterfalls, bottle trees (Brachychiton rupestris), and huge ferns. I was surprised to see that only the main sponsor, M&G, had taken up the centenary theme in their show garden. All the other show gardens had run with their own concepts and themes. Chris Beardshaw’s Arthritis Research UK Garden for the charity of the same name is another superb highlight, and my personal favorite. 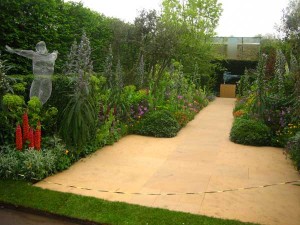 I was interested to see how the conceptual idea of exploring the personal journey of someone who had been diagnosed with arthritis could be interpreted in a garden. Beardshaw’s design interprets this journey well in both spatial design and planting. I would advise reading the rationale carefully BEFORE seeing the garden or viewing the images. While I was there, I was lucky enough to catch a few words with Chris Beardshaw. (Be sure to watch out for our interview later in the week!) I was somewhat surprised by the Seeability Garden. In my research, I had not fully seen the potential in the design drawings. 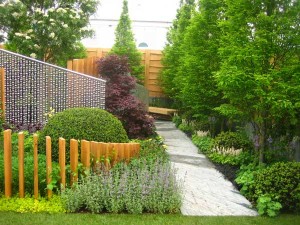 When viewed in three dimensions, the garden is a marvel of design, construction, and planting. The attention to detail in elements such as the on-edge slate paving and the wall of welded pipework is outstanding. A garden that will catch the eye of many landscape architects, as well as city dwellers, is the Wasteland Garden by Kate Gould. The entire garden is constructed of reused and upcycled materials, and demonstrates the horticultural potential in brownfield wastelands. 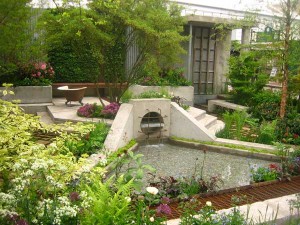 Be sure to look for our “Top Ten Show Gardens” feature (to be published later in the week) to find out more about the show gardens. The Great Pavilion Under canvas, there was a more jubilant feel to the air, with many of the exhibitors taking up the centenary theme. As well as the usual exhibitors such as Hilliers, whose impressive stand featured two beautiful water features, there were some surprising additions. Other articles you may be interested in: The Lost Art of Topiary: Yay or Nay? Simple DIY Gardening Projects You can Do This Summer The Potholes’ Secrets Nong Nooch’s display of orchids in their stand, entitled “Thailand: The People, The Culture, The Religion” was nothing short of breathtaking. It is a true floral lover’s fantasy. I spoke to one of the team behind the display, who told me that there were more than 50,000 individual orchid sprays in the display. It took a team of 15 people, working 12 hours a day, a whole week to construct the display! All the orchids were hand picked and flown in from Thailand. 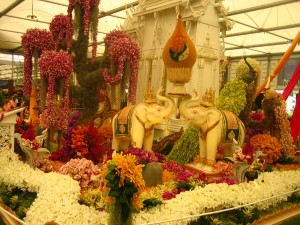 Nong Nooch’s display of orchids in their stand, entitled “Thailand: The People, The Culture, The Religion”

Final Words Of course, everyone will have a different reason for wanting to visit Chelsea. Whether it’s large and impressive show gardens such as the Trailfinder’s Australian Garden, intricate and conceptually thought-provoking gardens like the Arthritis Research UK Garden, or flamboyant floral displays like Nang Nooch’s, Chelsea has something to suit every horticultural palate. Article written by Ashley Penn Enjoy what you’ve read! Support us and pick up one of our awesome T-shirts and hoodies today, Click the link