The language of flowers: A red rose means passionate love, a white rose means innocence, forget-me-nots stand for remembrance and true love. These are just a few letters from the extensive and varied alphabet of plants! Valentine’s Day is a perfect time to learn more about these plants for valentine’s day. This article will help you understand what your girlfriend meant by adding “lovage” to your dinner and prevent you from acting surprised when you find poppy seeds stuffed into your pillow! With this knowledge in hand, those in relationships might surprise their partners, and the single ones might win that heart they have been longing for. Here are a few chosen plants worth knowing on Valentine’s Day: 10. Vanilla (Vanilla planifolia) 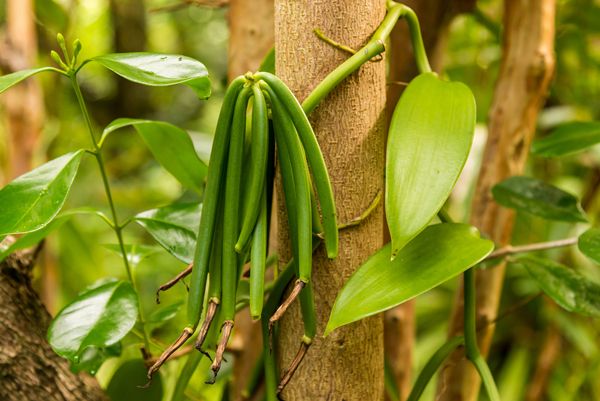 Vanilla is a species of orchid native to Mexico. It is best known as a food flavoring. The part of the plant used in the food industry is the fruit, or pods; vanilla flavoring is added to food as powder or extracted oil. Sometimes whole pods are used. But there are other, less conventional, uses for vanilla pods: Tucked under the bed, they are thought to lower your lover’s inhibitions. And be careful when you come back with the pods from a store–vanilla carried on the person apparently causes others to find you seductive. 9. Carnation (Dianthus caryophyllus) 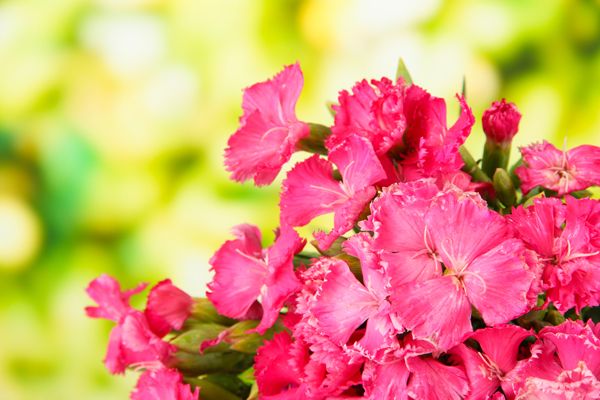 Carnation is a small herbaceous perennial plant. The modern cultivars can be anything  from the original pink to red, white, yellow, blue, and green. Carnations are often worn on special occasions, such as Mother’s Day in America and Parent’s or Teacher’s Day in Korea. They are a symbol for many organizations and societies, but also of betrothal or marriage. Pink and red symbolize missing someone’s love. If, after a proposal, you are given a solid-colored flower, rejoice–it means “yes”. A striped one, however, is a refusal. White speaks of innocence and pure love, yellow of disappointment or rejection. 8. Poppy (Papaver somniferum) 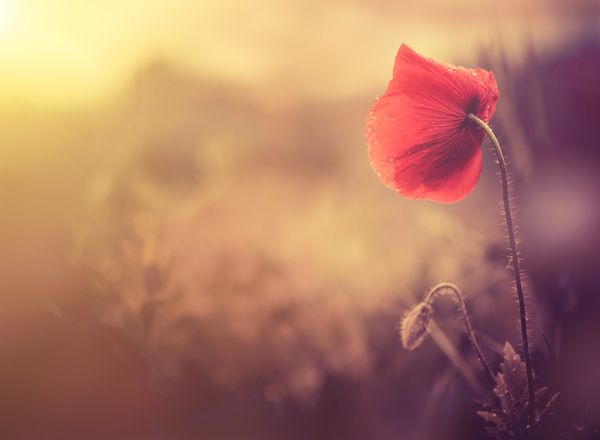 Opium Poppy is the species of plant from which opium and poppy seeds are derived. Opium is the source of many drugs, most notably morphine. Poppy seeds and poppy seed oil are important food ingredients and contain very low levels of opiates. The Latin botanical name means the “sleep-bringing poppy”. The name is quite accurate. It is said that poppy seeds stuffed in your lover’s pillow will make him dream of you. Poppy seed is also a symbol of fertility and prosperity. It has been used in amulets and charms to confer love, money, and luck, as well as in divination. 7. Bay Laurel (Laurus nobilis) 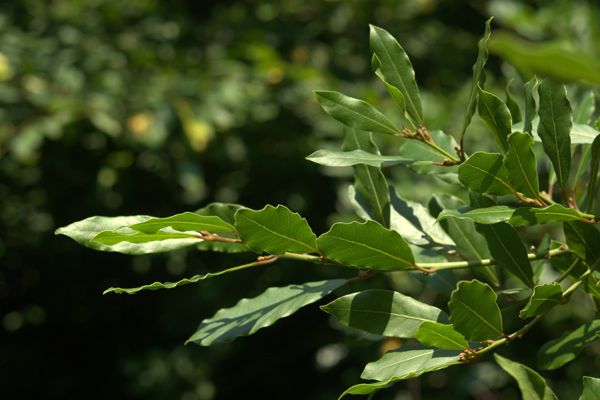 Bay Laurel is an evergreen Mediterranean plant, prominent in classical Greek, Roman, and Biblical culture. Its aromatic leaves are relevant for their essential oil content. They are most commonly used as a spice, especially in Italian cuisine. Laurel is seen as a symbol of victory, prosperity, and fame. It is said to awaken awareness and past life memories, and to stimulate psychic awareness, health, and the powers of divination. The leaves represent “the glory of love”. To attract a soulmate, you should put them in a bath or carry them on you at all times. 6. Rosemary (Rosmarinus officinalis) 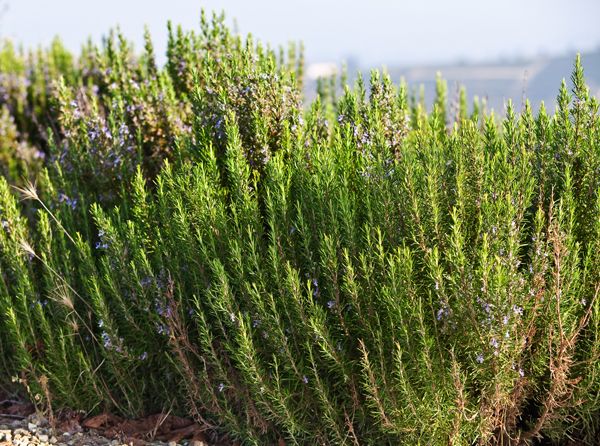 Rosemary is a species of a perennial, evergreen herb native to the Mediterranean region. It has numerous culinary and medicinal uses. most notably to improve memory. That is why it has been popular at weddings and funerals since the Middle Ages, standing for remembrance and fidelity. In the Middle Ages, the bride would wear a rosemary headpiece and the groom and wedding guests would all wear a sprig of rosemary. That is where it got its reputation as a love charm. Traditionally, a branch of rosemary would be planted by a young couple on their wedding day; the growing plant was a good omen for the new family. It is said that if you touch a lover with a sprig of rosemary, she will be faithful or the couple will fall in love. Rosemary was also used for divination and to repel nightmares and witches. 5. Ginger (Zingiber officinale) 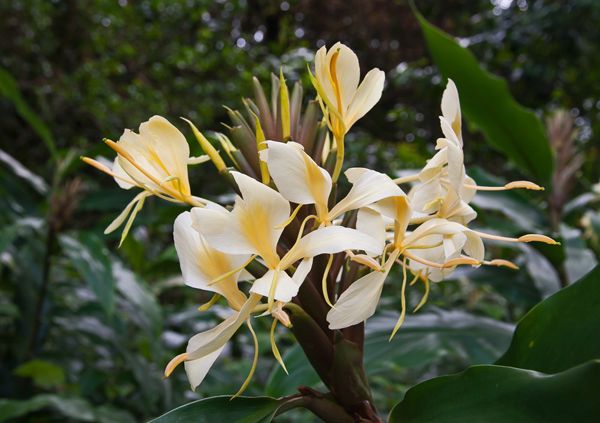 Ginger is a plant from the family Zingiberaceae. The most important part of the plant, from the culinary and cultural point of view, is its root, or rhizome. From it, a hot, fragrant kitchen spice is produced. The younger the rhizomes, the milder the spice. It is a vital ingredient in Indian, Chinese, Korean, Japanese, and many South Asian cuisines. It is also used in folk medicine to cure nausea, cold, headache, and impotence. It might even arouse a reluctant lover! It works when consumed or sprinkled under the sheets. For best results, add it to other love-drawing herbs. 4. Lovage (Levisticum officinale) Lovage is a tall, herbaceous, perennial plant that belongs to the Apiaceae family, together with parsley and celery. The leaves can be used in salads and soups, while the roots may be eaten as a vegetable. Like many other species from this family, lovage contains furanocoumarins, which might cause photosensitivity. Its name comes from “love-ache”–“ache” being a medieval name for parsley. It bears the name of love in several other languages, for example in Polish. It is strongly believed to be a beauty and love herb–an ultimate aphrodisiac. Lovage tea before bed is believed to give you psychic dreams, and a sachet of this herb carried on you will attract love to you. If you want to become particularly beautiful, place it under the tap water when running a bath. 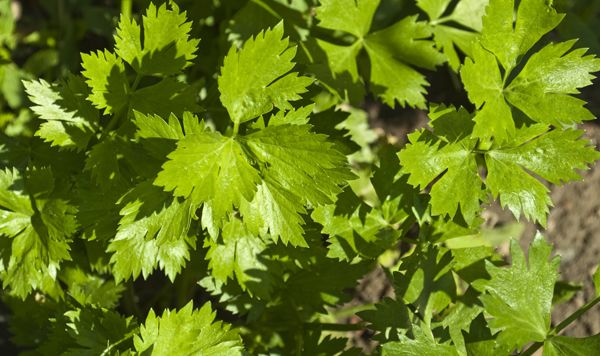 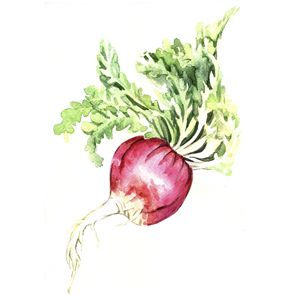 Maca is an herbaceous biennial plant from the family Brassicaceae, native to the high Andes of Peru. Its fleshy hypocotyl is used as a vegetable, medicine, and aphrodisiac and fertility booster for both men and women. Some tests show that maca can improve semen quantity and quality, as well as boost libido in both genders. It is claimed to be an effective alternative to hormone replacement therapy for menopausal women. It is said that Inca warriors derived their great fierceness, braveness, and sexual drive from eating vast amounts of maca! 2. Orange (Citrus x sinensis) 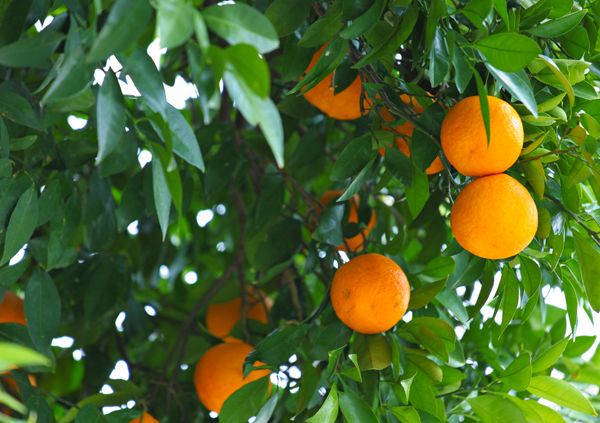 Orange is a small tree, a hybrid between two other species, possibly between pomelo (Citrus maxima) and mandarin (Citrus reticulata), cultivated since ancient times. Orange fruit continues to rank high among the best-known and loved fruit in the world. The orange tree stands for love and marriage in many cultures. Its fruit is sometimes found in Renaissance paintings of married couples. Orange might also symbolize luck, fertility, and money. Its fragrant blossoms are symbolic of purity, chastity, and generosity. It is also believed that the orange tree was actually the Tree of the Knowledge of Good and Evil in Eden and that the oranges grew in Hera’s Garden of the Hesperides. Orange oil, perfume, or a sachet is said to attract a marriage proposal. 1. Rose (Rosa sp.) 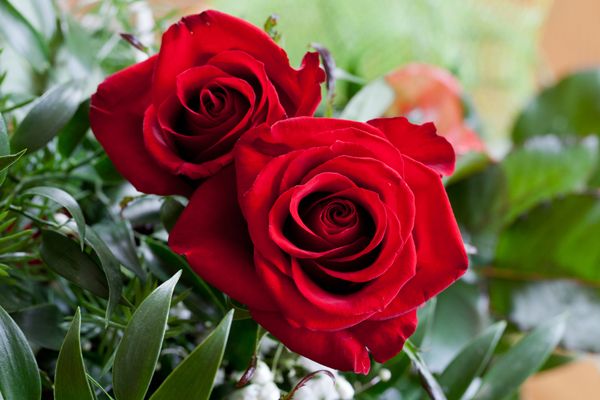 The red rose seems to be the ultimate symbol of passionate and romantic love, beauty, and courage. However, in Christianity, it also is a symbol of Christ’s martyrdom. Roses of all colors seem to be quite “talkative” flowers, though their language seems a bit inconsistent at times. The white ones stand for purity or virginity, as well as silence and secrecy; the yellow ones mean infidelity, but also friendship and jealousy. The pink rose speaks of sweetness, the crimson of respect, orange stands for eternal life or desire, and purple for modesty. A rare black rose means death and farewell. A single bloom given to someone says “I love you”. Red and white roses given together signify unity. A wreath of roses is symbolic of heavenly joy. To speak with roses, you definitely need a dictionary or a good translator to avoid tragic mistakes! For generations, humans have believed that the above plants, and many others, will bring them love, luck, and sexual ability. Today, we might not believe in magic anymore, and the alphabet of flowers has been simplified and partially forgotten. However, love requited is still what we most desire. The beautiful flowers, magical plants, and aphrodisiacs might not work on a purely scientific level. It just might be a placebo, the mood of the Valentine’s Day, or a psychological effect. However, if it brings just a little bit of magic, romanticism, and love into our lives, it surely must be worth trying! Article written by Marta Ratajszczak