The San Antonio Japanese Tea Garden, also known as the Chinese Sunken Gardens, is a registered Texas historical landmark with over 90 years of rich history. Formerly an abandoned limestone quarry, the site was the source of limestone for much of San Antonio, and thus played a prominent role in the development of the cement business. In recognition of the site’s incorporation of the landscape’s history, the San Antonio Japanese Tea Garden has also been designated as a Texas Civil Engineering Landmark as well. 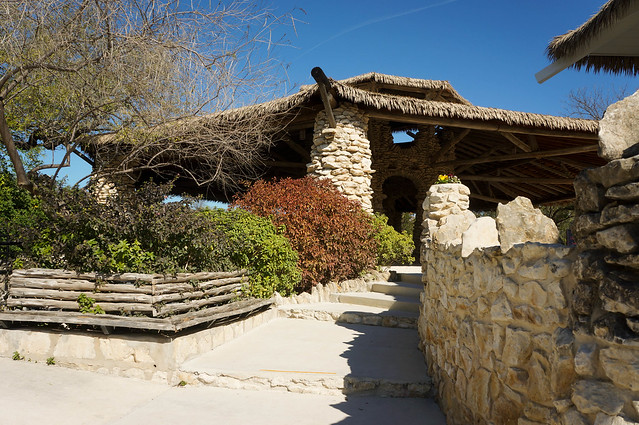 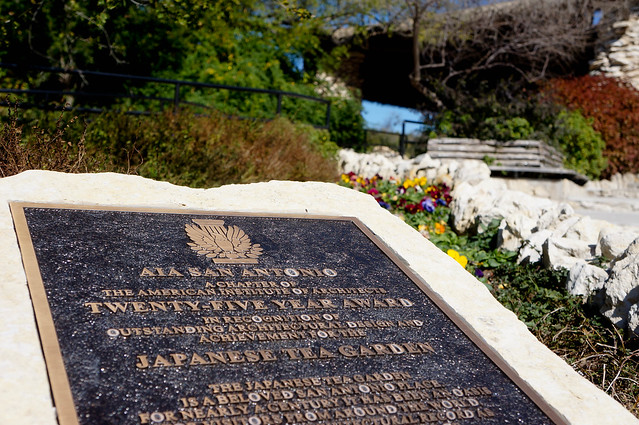 Located in Brackenridge Park near the San Antonio Zoo, the Japanese Tea Garden is a tucked away gem and destination that’s more likely planned upon than stumbled upon. Visitors walk up a short hill past the base of the park to the open-air pagoda, from where, the moniker “sunken gardens” becomes understood; at the top of the pagoda, there is a sweeping view of the grounds below, sprawling koi ponds, a 60-foot waterfall, stone bridges and exotic vegetation, all of which is studded with rough pieces of limestone. 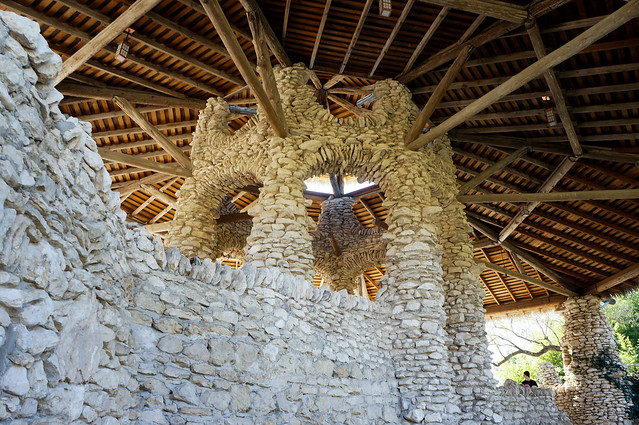 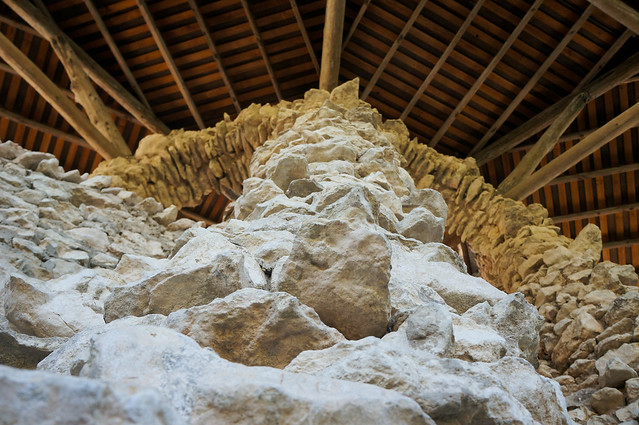 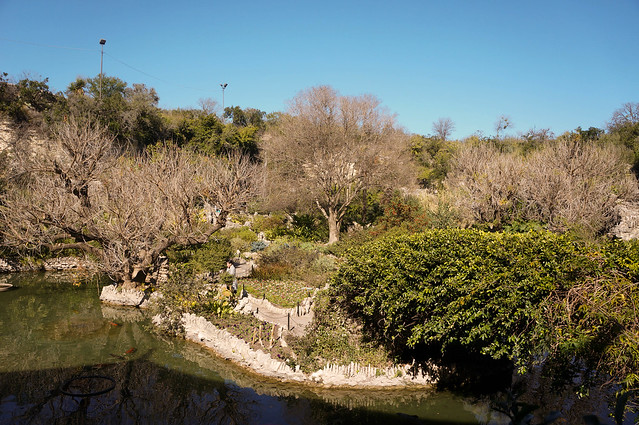 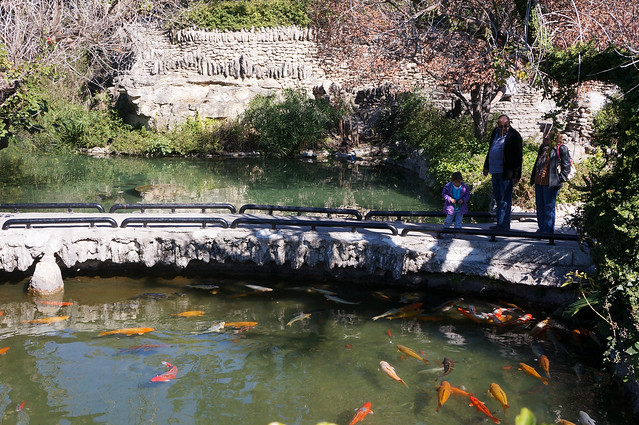 The idea for the San Antonio Japanese Tea Garden was thought up by Ray Lambert, who was the City Parks Commissioner at the time when Mrs. Emma Koehler, widow of Pearl Brewery owner Otto Koehler, donated the land to the City in 1915 for use as a public park. Using prison labor, Lambert constructed walkways, bridges, an island and the pagoda from quarry materials. Exotic plantings donated by the City nursery and other sources were planted in lush groves between the quarry stones. 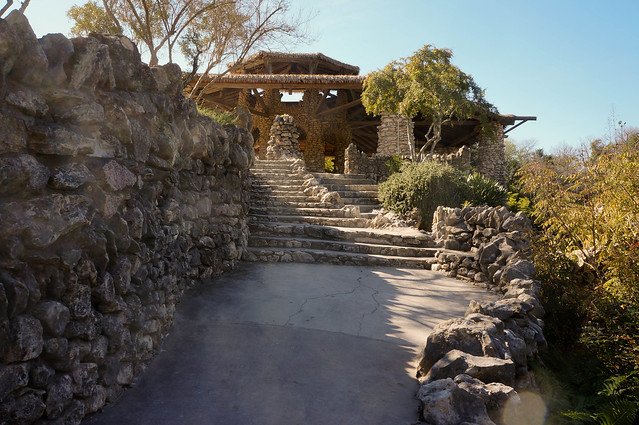 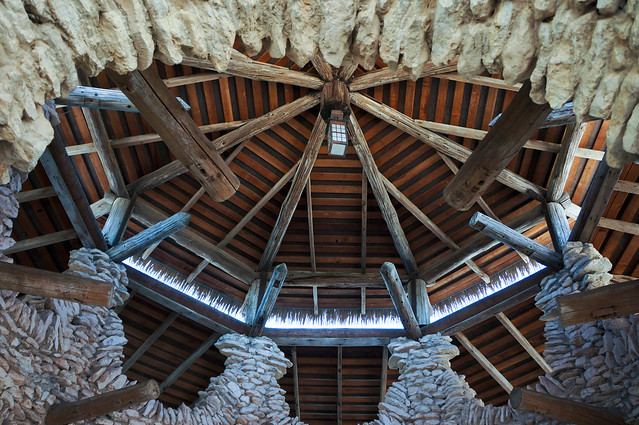 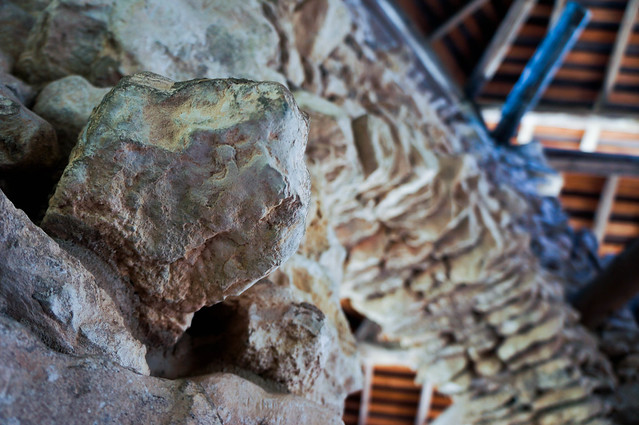 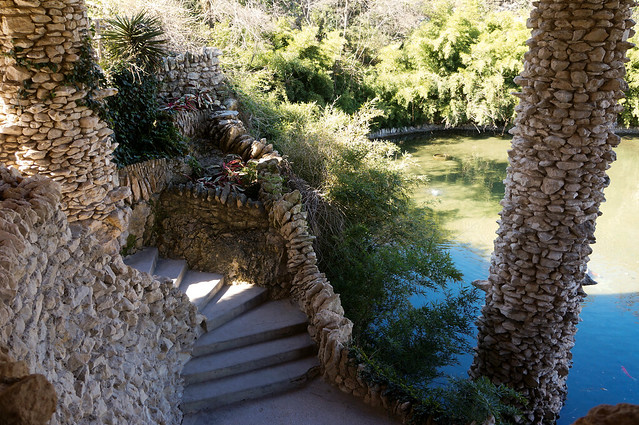 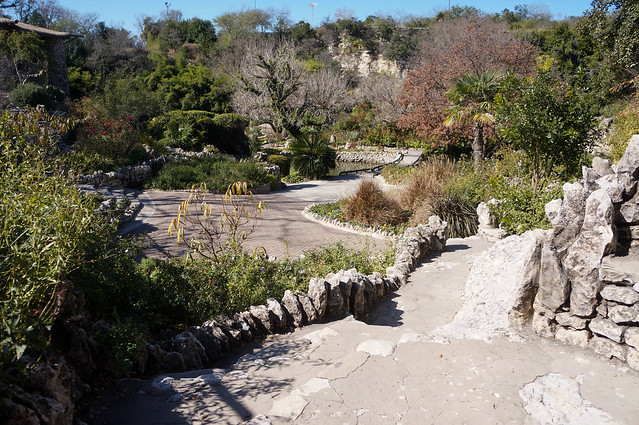 A unique, lush and beautiful garden, the visit was particularly rewarding on a hot day. With shaded walkways and close proximity to water, the San Antonio Japanese Tea Garden is an excellent place to cool off or, to find a secluded nook to read in. Popular with families, I saw many of them seek out their own peaceful portion of the park to enjoy. This garden, however, rubbed against my conceptions of a Japanese garden. Despite Lambert’s intention of creating an authentic Japanese tea garden–he researched and imported Japanese plants and koi fish–the repetitive use of jutting white limestone and the exotic, tropical plant palette with palms makes the garden stray from the look of traditional Japanese gardens. Still, it’s an interesting intersection of San Antonio history and eastern influences. 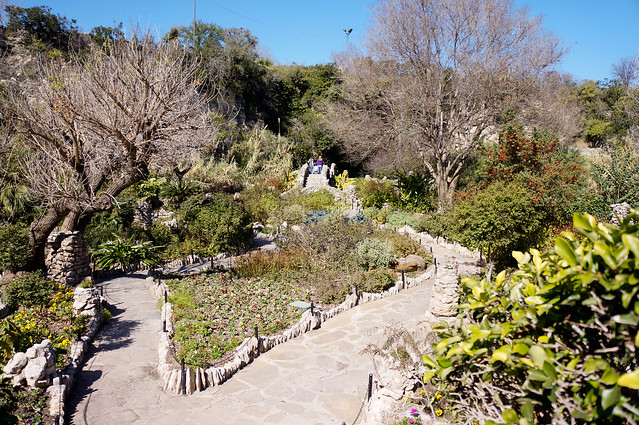 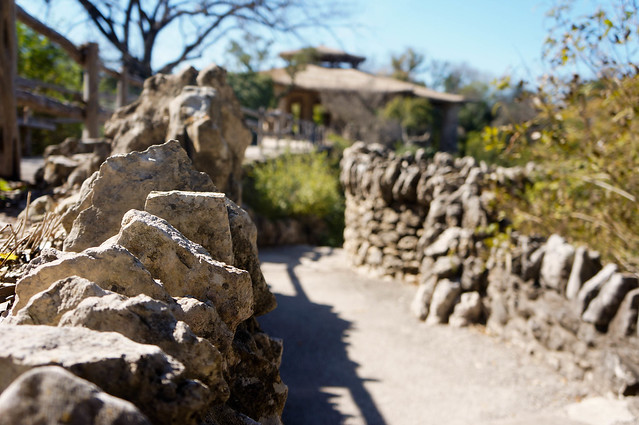 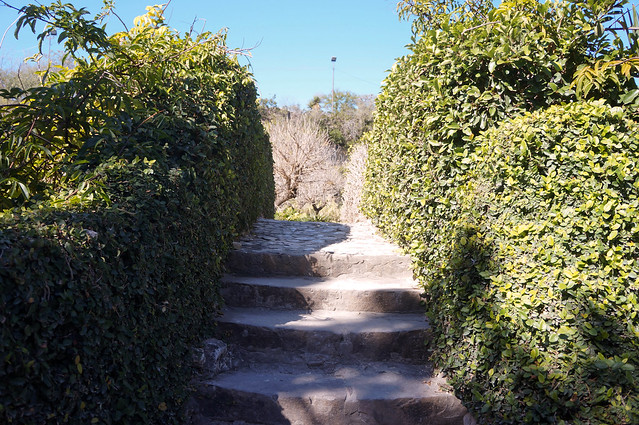 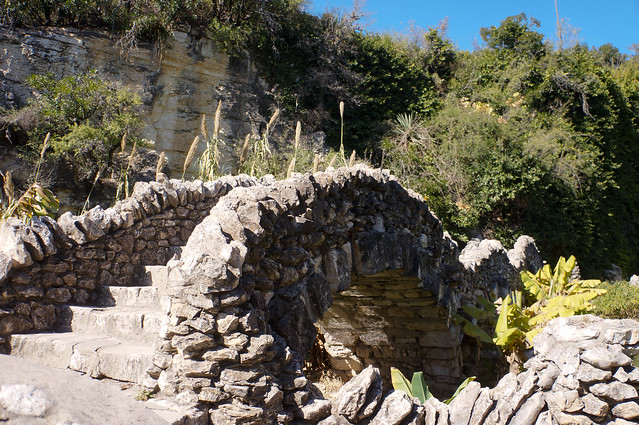 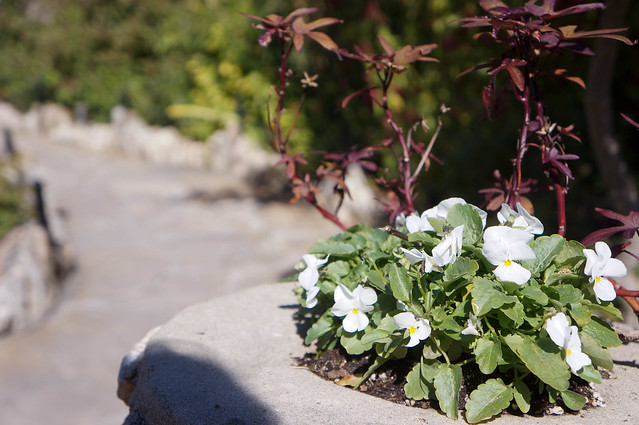 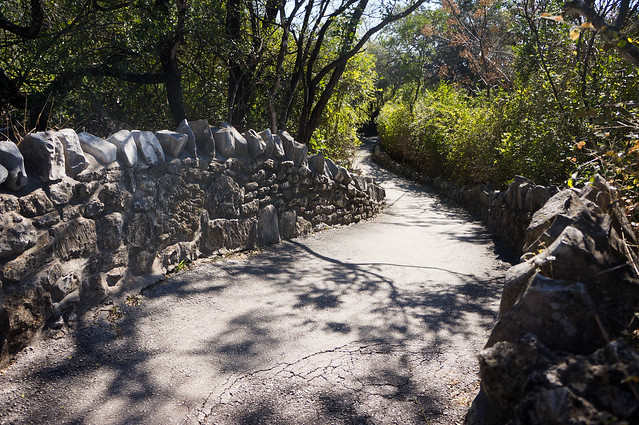 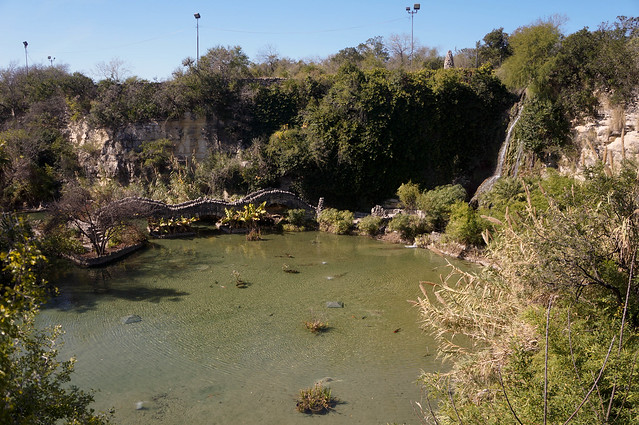 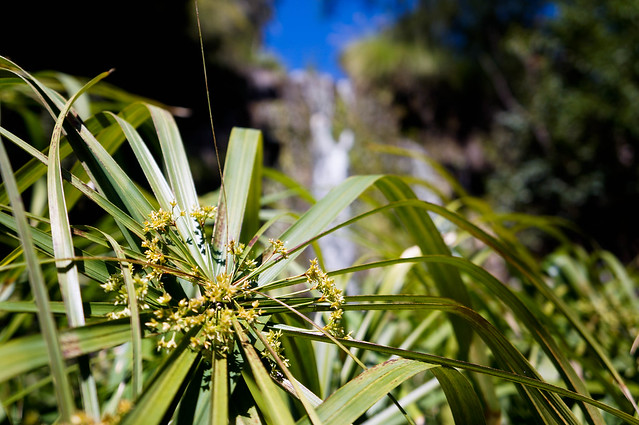 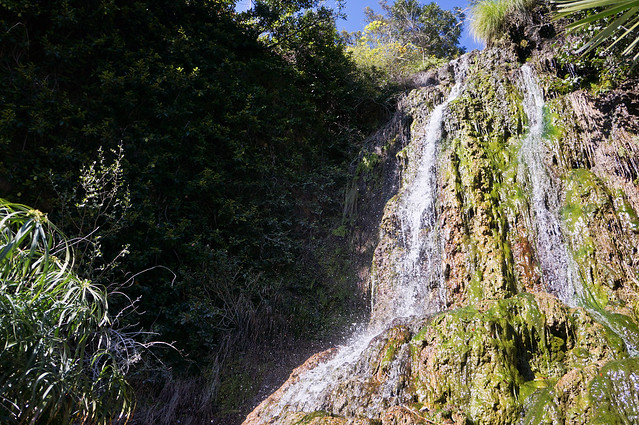 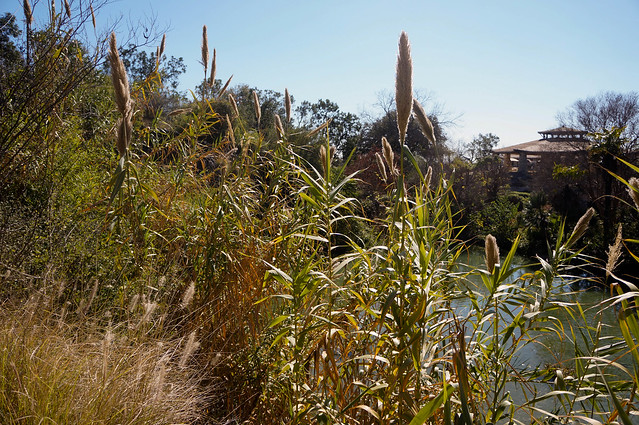 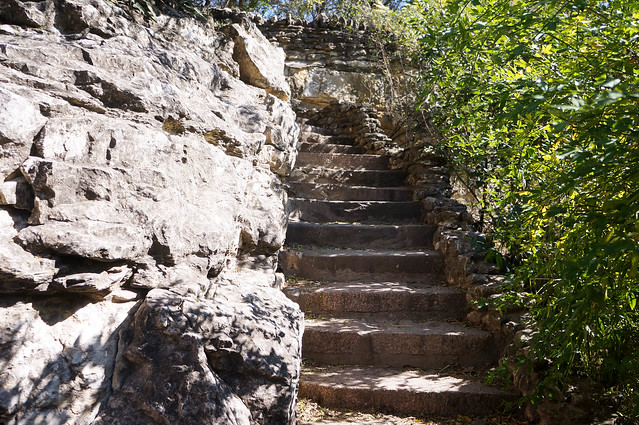 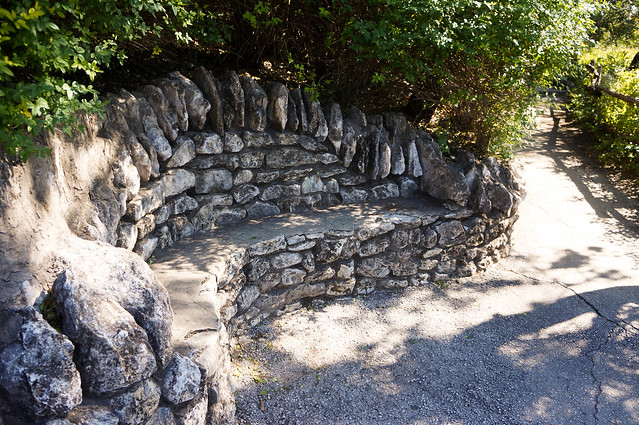 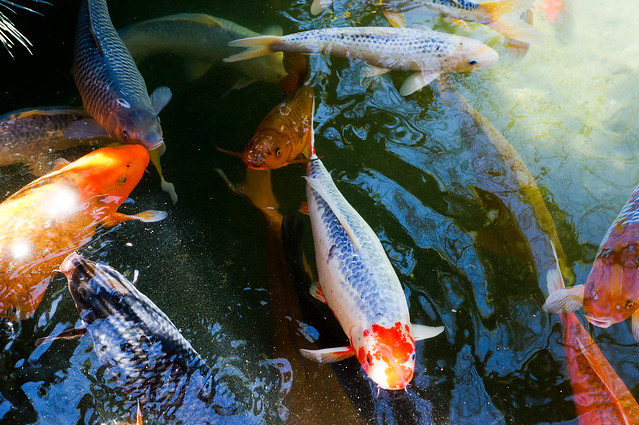